BTC research: Bitcoin's realized price indicates that a bottom may be forming

Mati Greenspan, the founder of the fintech research firm Quantum Economics, stated that the rising hash rate marked a new all-time high for the leading cryptocurrency.

Despite a decline in June due to the Terra implosion and related liquidity crisis, a year review of the hash rate revealed an upward pattern of higher highs, which was far from an anomaly.

Throughout this time period, Bitcoin's price has depreciated, lending support to the claim that hash rate and price are unrelated.

Since then, macro events have taken hold as market participants exercise prudence in response to the impending danger of interest rate hikes.

BTC has been trending downwards since August 28 and is currently trapped in a tight trading range between $19,400 and $20,400.

Recent commentary by analyst MarcPMarkets indicates that the bearishness on the stock market and the rising dollar weigh heavily on Bitcoin. He said:

"...the bearish price action in the S&P and the Dollar's new highs continue to foster an atmosphere that supports LOWER prices over the next week or two."

The strain on Bitcoin miners is increasing because to price volatility. Since the market's peak in November 2021, miner revenue per tera hash has continued to decline, as depicted in the graph below.

Recent events have caused a substantial decline in revenue per terra hash, despite the fact that a bottom was reached in late May, resulting in a gradual increase. 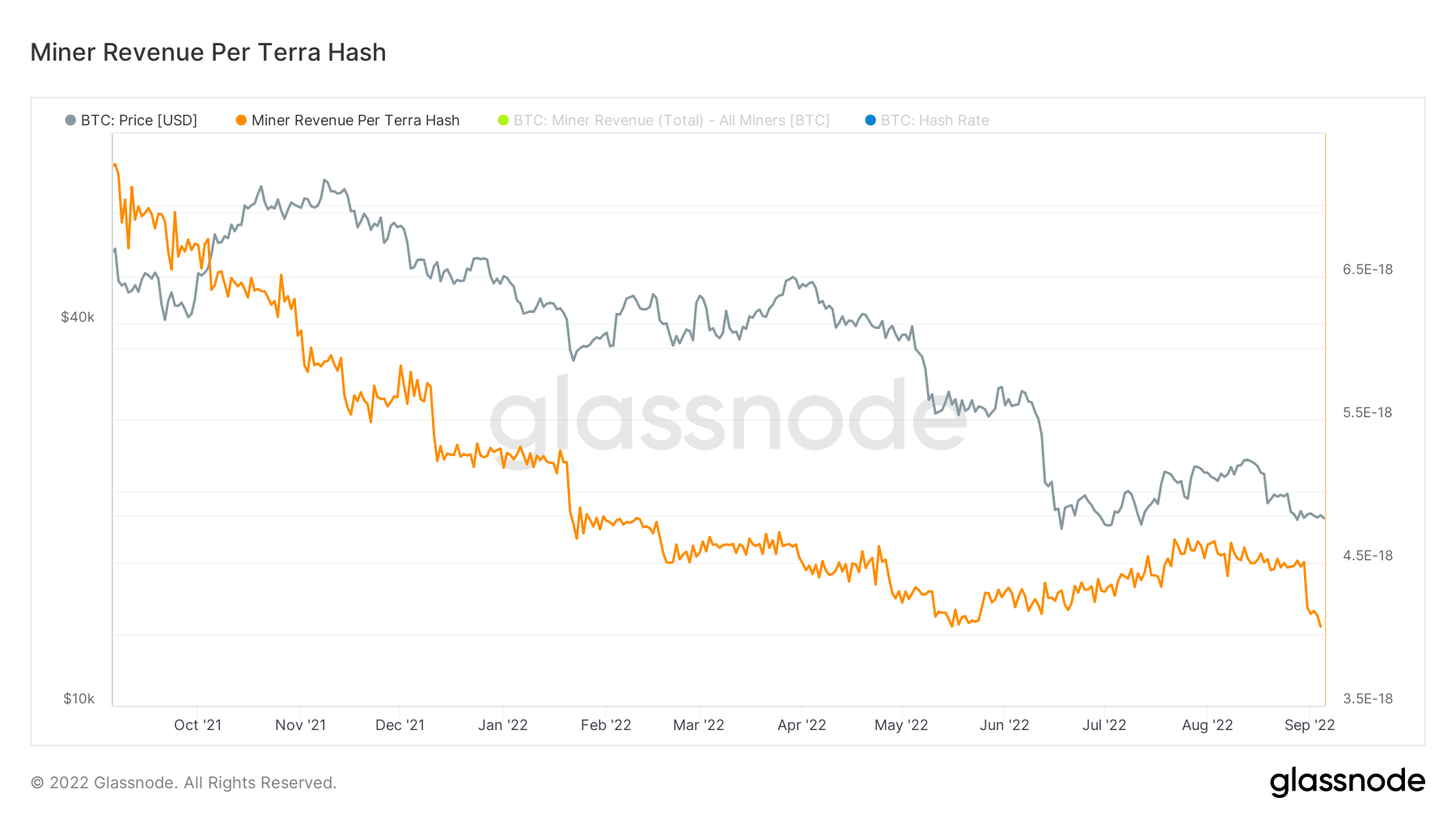 For the time being, all attention is focused on the Bitcoin price, as more sell-offs will compel inefficient miners to cease operations.