In the cryptocurrency market, Bitcoin prices fell below $61,000 today, with the world's largest cryptocurrency by market capitalization trading more than 3% lower at $60,935. Bitcoin, which recently reached a new high, is up 109 percent year to date (YTD).

Ether, the second largest cryptocurrency and the coin linked to the Ethereum blockchain, fell more than 1% to $4,158. Meanwhile, Cardano prices were slightly lower at $2.15, while Dogecoin fell more than 2% to $0.25. 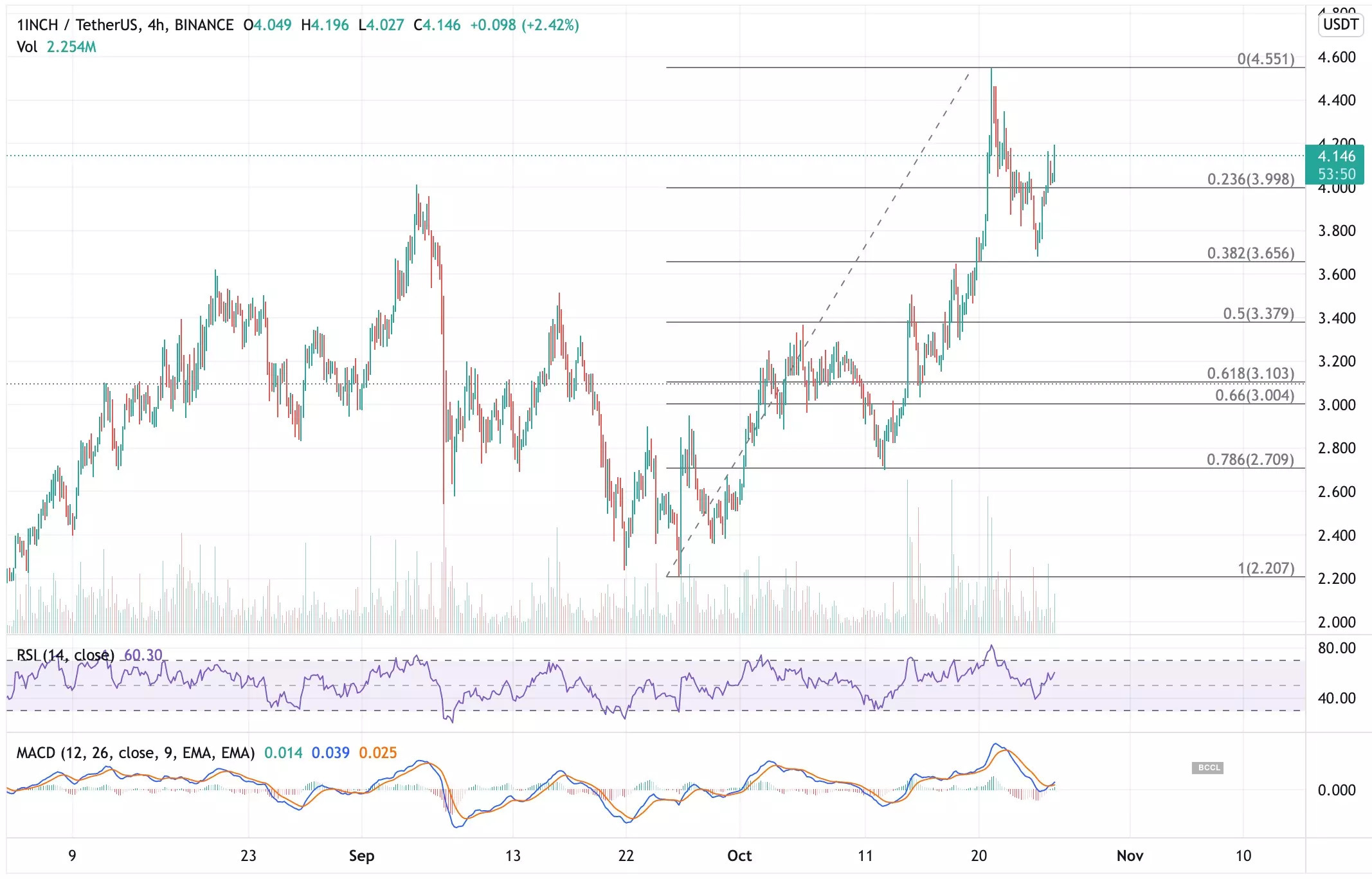 Other digital tokens, such as Binance Coin, XRP, Uniswap, Litecoin, and Solana, have been mixed in the last 24 hours. Shiba Inu, on the other hand, was trading more than 17% higher at $0.00004843, according to CoinGecko.

Ethereum saw $1.4 million in outflows for the third week in a row. CoinShares believes that this is a minor profit-taking opportunity as the price approaches an all-time high.

In other news, Robinhood Markets shares fell below their initial public offering price in after-hours trading on Tuesday after the retail broker reported lower-than-expected third-quarter revenue as trading volumes for cryptocurrencies such as dogecoin fell.

Bitcoin rallied to a record high of $66,974 last week, six months after its previous high of $64,895, fueled by the debut of the ProShares Bitcoin Strategy ETF.