Bitcoin (BTC) appears to have ended its short-term slump after bouncing at a confluence of support levels.

Since January 24, BTC has been growing in an upward parallel channel. The rise has thus far resulted in a March 28 high of $48,189.

While the price has continued to decline thereafter, it recovered on April 1 at a confluence of support levels (green icon). The support level is $44,450, a price level that has previously performed as resistance four times (red icons). It is possible that the area has now shifted to a support role.

Additionally, the location is located in the center of the rising parallel channel.

If the BTC price continues to rise following this bounce, the nearest resistance level would be $51,000. This is the 0.5 Fib retracement level of resistance measured from the all-time high price. Additionally, it is a horizontal resistance area that aligns with the parallel channel's resistance line.

When assessing the most recent phase of the upward rise, the two-hour chart shows that BTC has bounced at the 0.382 Fib retracement support level.

Additionally, this is a short-term horizontal support zone.

Additionally, the two-hour RSI has decreased to 25. This is an oversold value that was last attained on March 14. (green circle).

The price then began a substantial upward rise that culminated in the present highs.

If BTC bounces, resistance will be found at $45,900. This is the 0.5 Fib retracement resistance level, which coincides with the previous declining parallel channel's support line.

If reclaimed, this would demonstrate conclusively that the repair is complete.

According to the wave count, BTC is in wave C of an A-B-C structure (black).

The white sub-wave count indicates that the price has recently finished sub-wave four.

As a result, wave five is likely to push the price to $50,600. This would result in a 1:1 ratio between waves A and C and would be extremely near to the previously identified $51,000 resistance level. 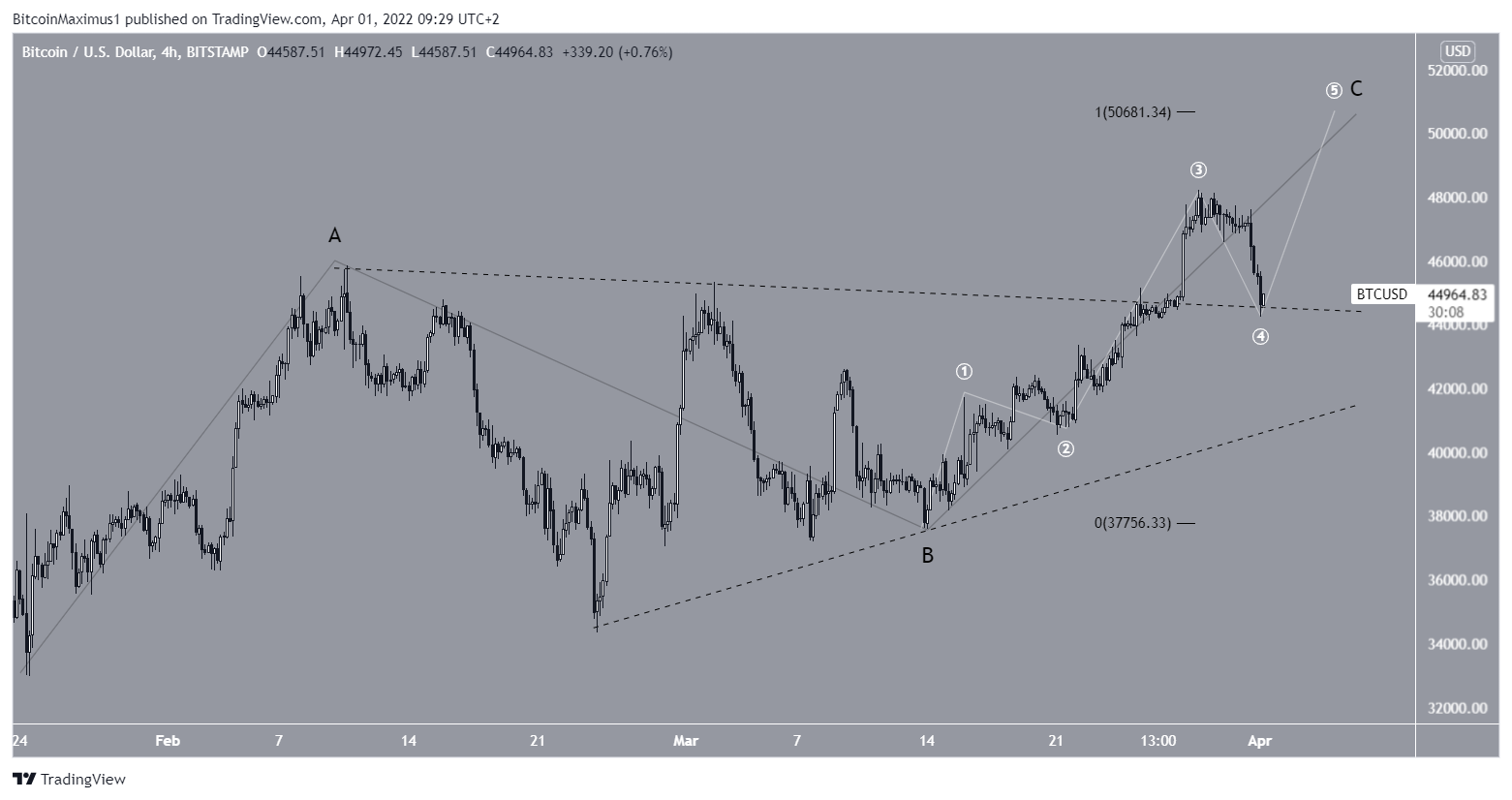