Enlarge Image
Stars including Jessica Alba, Regina King, Olivia Wilde and Tracee Ellis Ross are demanding justice for Breonna Taylor with a powerful style statement. On Monday, 150 days after Taylor was killed, over 70 celebrities posted Instagram photos wearing a T-shirt from black- and female-owned brand Phenomenal that reads, “Arrest the cops who killed Breonna Taylor.” The …

On Monday, 150 days after Taylor was killed, over 70 celebrities posted Instagram photos wearing a T-shirt from black- and female-owned brand Phenomenal that reads, “Arrest the cops who killed Breonna Taylor.”

The back of the tee features a portrait of the late 26-year-old EMT by artist Arlyn García, along with the words, “Say her name.”

In March, Taylor was fatally shot in her own home by three plainclothes Louisville Metro Police Department officers, who were executing a no-knock search warrant. While one of the cops involved has since been fired, none have been arrested.

“It’s been 150 days since Breonna Taylor was murdered in her home by Jonathan Mattingly, Brett Hankison, and Myles Cosgrove — and her killers have not been charged. Too often Black women who die from police violence are forgotten, but that is changing now,” each celeb’s caption read.

“We will remind and remember until there is justice for these women. Let’s stay loud, keep demanding justice for Breonna and her family, and SAY HER NAME. Proud to stand with WNBA players in joining this campaign, created by @phenomenal in partnership with the Breonna Taylor Foundation, to which all profits from tees will be donated.”

Some stars opted to include personal messages with their posts. “Today I explained this t shirt to my 3 yr old daughter. I didn’t sugarcoat the tragedy of it,” Wilde wrote in her caption. “She should know what kind of world she is here to reimagine. Her innocent horror and confusion should be all of ours.”

Want to be part of the movement? You can pick up Phenomenal’s Breonna Taylor T-shirt for $45. 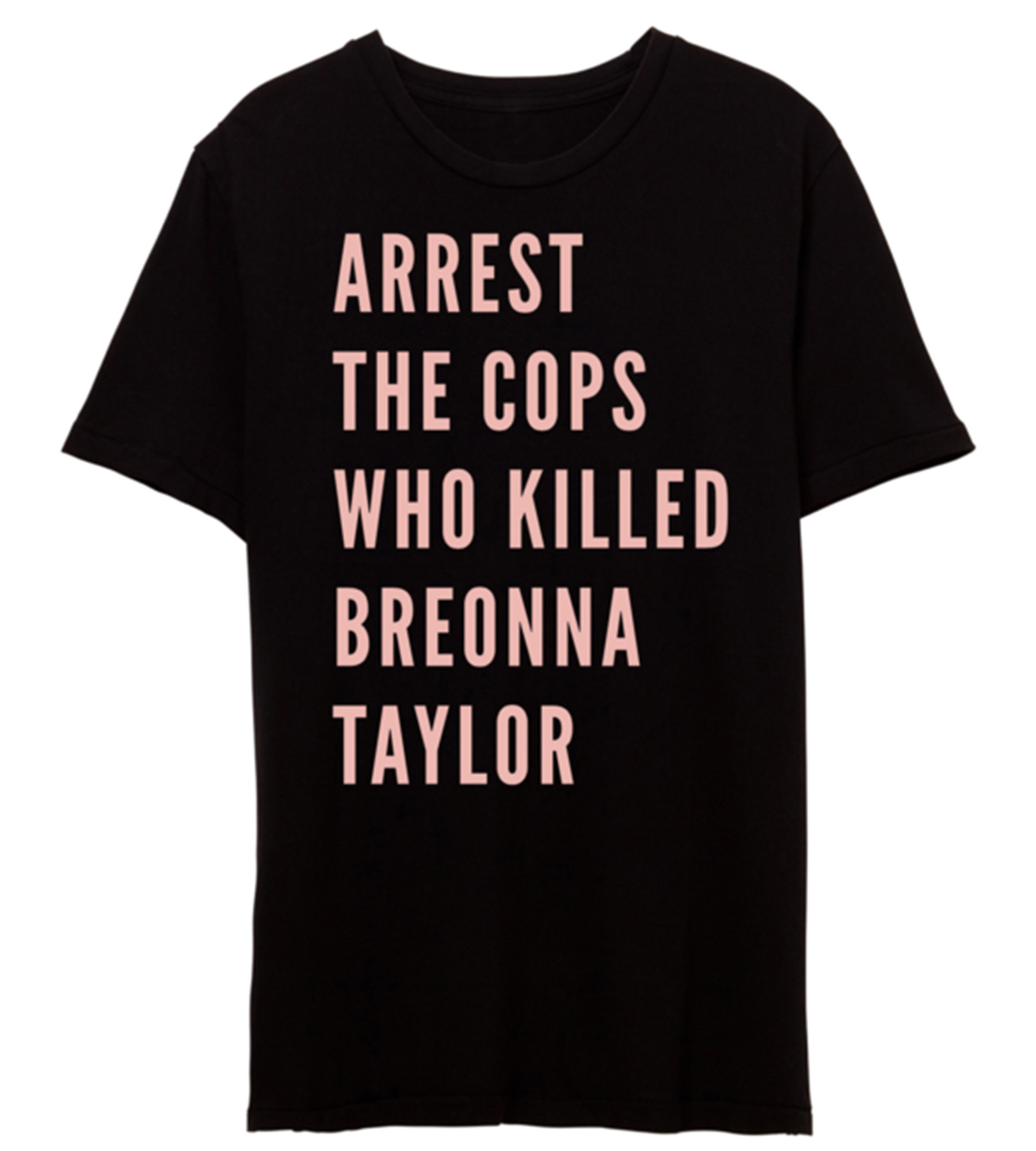