As bankruptcy proceedings continue, Celsius is set to burn $137.2 million in three months

Web3 supporters have a grand vision for the future of the Internet and global finance. Web3 is a catch-all term for concepts such as decentralized networks, cryptocurrencies, and other blockchain-powered applications.

One impediment is a scarcity of people to make it happen.

According to a report published by crypto-focused investment firm Electric Capital, at the end of last year, when bitcoin and a handful of other cryptocurrencies reached their peak values, approximately 18,500 developers were contributing to open-source Web3 projects each month. 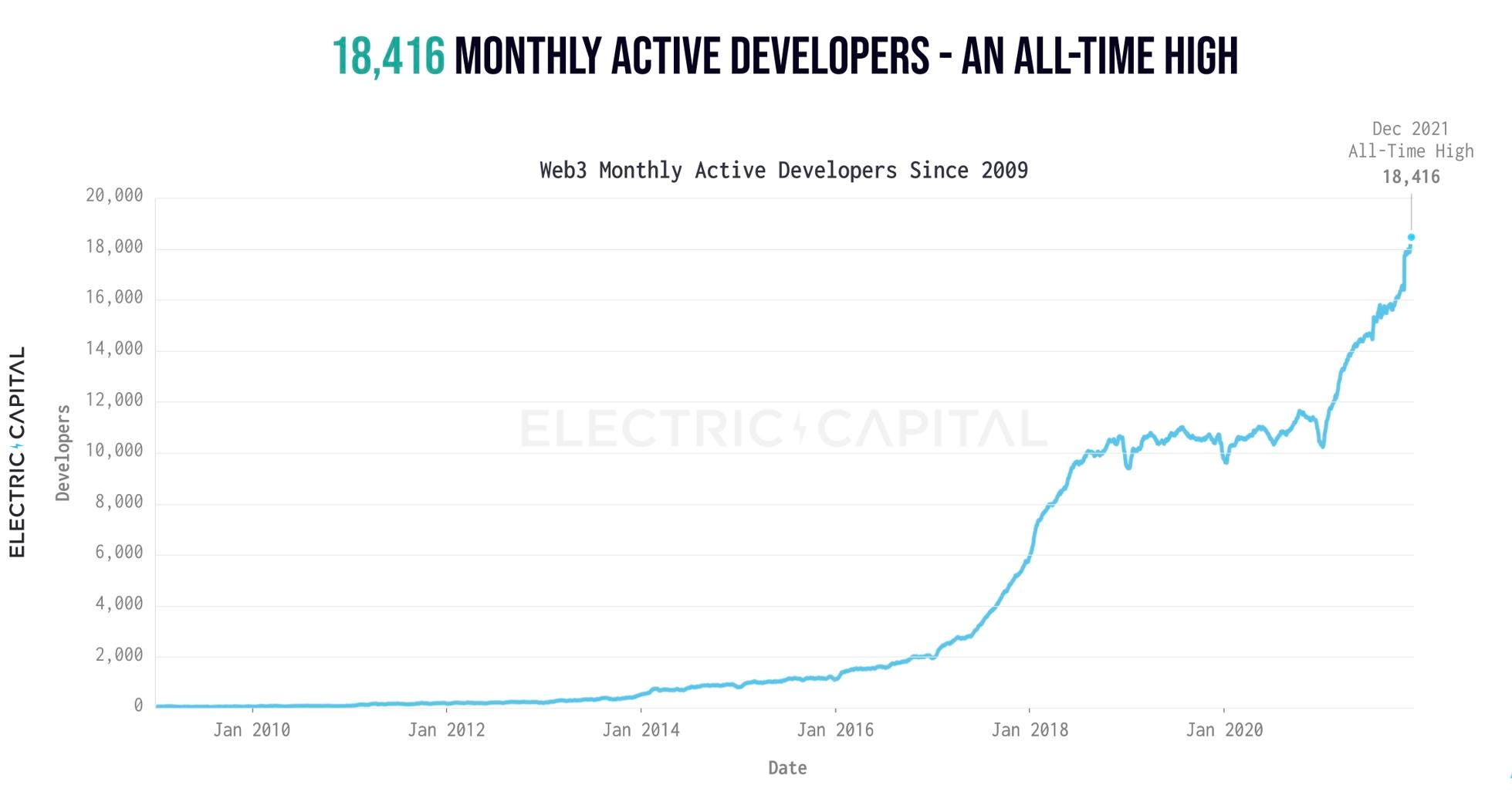 That number is "at an all-time high and growing faster than ever," writes Electric Capital partner Maria Shen, with roughly 60% of Web3 developers entering the industry in 2021, but it is a speck in the global total of software engineers, which stood at 31.1 million in the first quarter of 2022, according to developer analytics company SlashData.

According to various estimates, Facebook, Amazon.com, and Google—the three largest companies on today's internet, dubbed Web2 by cryptophiles—each employ over 20,000 software developers. They are, however, outnumbered by employees at companies such as JPMorgan and Citigroup, both of which claim to employ over 30,000 on projects for their financial-services businesses.

Crypto insiders may shrug at this juxtaposition, replying "we are still early"—one of the industry's favorite refrains—but some see this chasm as a major impediment to Web3's fulfillment.

They identified a high entry barrier as the primary cause of the shortage. Not only does blockchain development frequently necessitate knowledge of specialized programming languages such as Solidity or Rust, which are used to implement smart contracts on Ethereum and Solana, but "it's a brand new technology that requires behavioral change," according to Swenor.

For that reason, he and McCarthy founded Reach in 2019 from their homes in Boston. The company, which is backed by the creators of the Algorand blockchain, provides developers with a toolkit that allows them to save up to 85% of the costs and time spent on application development, including decentralized autonomous organizations (DAOs) and nonfungible tokens (NFTs), two key building blocks for most Web3 visions. "We're trying to lower that barrier while simultaneously raising the ceiling of what's possible," McCarthy explains. "People are willing to have more ambition and try to take on more if they have the support."

At first glance, the demand for and supply of programmers required for an internet overhaul is obvious. It's difficult to think of a Web3 or blockchain company that isn't actively looking for developers. Indeed recently listed over 600 software engineer, software architect, full-stack, and back-end developer jobs with the words "cryptocurrency," "blockchain," "bitcoin," and "ethereum" in their descriptions. TrueUp, a tech job analytics platform, estimated 9,715 open crypto jobs at the start of summer, with a third of them for software engineers.

However, blockchain heavyweights claim they face a different set of challenges. 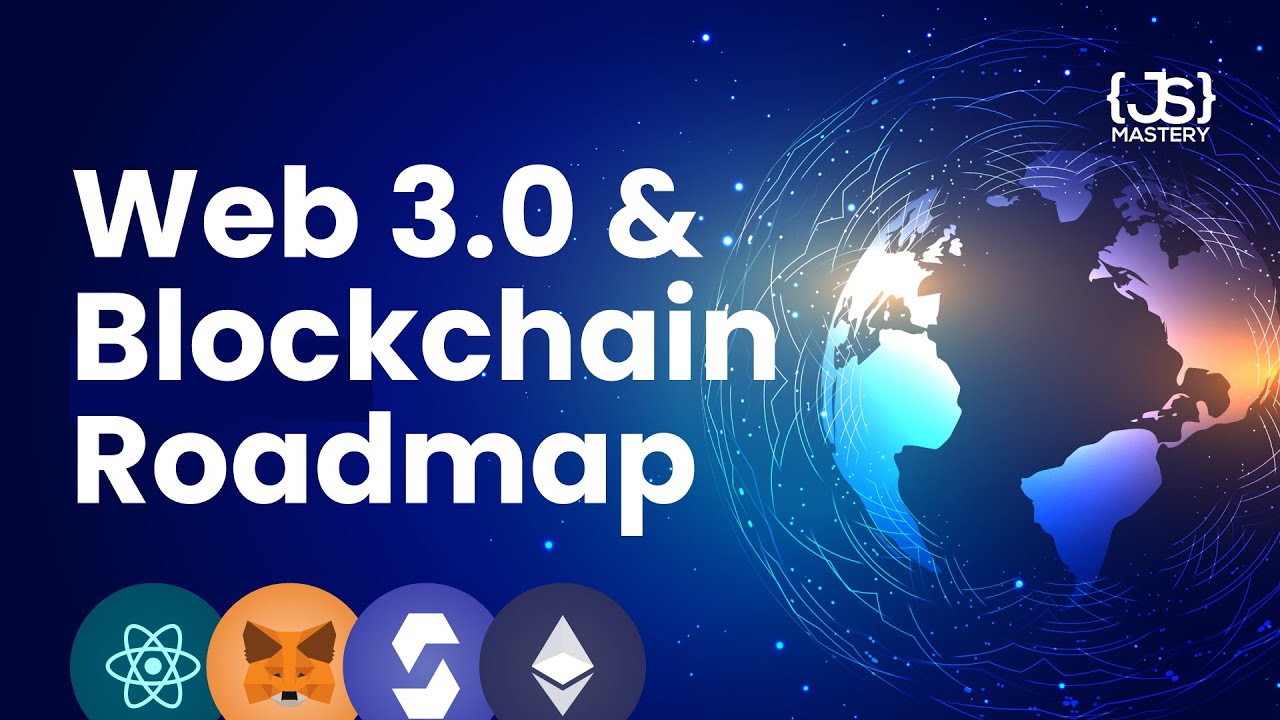 Protocol Labs, an open-source research and development lab known for decentralized data storage projects like InterPlanetary File System and Filecoin, is looking to hire about 50 software engineers but is not short on applicants, according to Dietrich Ayala, its ecosystem lead of browsers and platforms.

This mindset is especially important for companies working on Web3's core technology—blockchains, which power applications such as NFTs and decentralized marketplaces. "There's definitely a developer shortage in general," says John Wu, president of Ava Labs, the New York-based developer of the Avalanche blockchain, "but we have to consider quality." Things are changing and growing so quickly in the space. What developers are doing today may not be what we require of them in six months."

Competitors concur. "Throwing 100 engineers at a project instead of 10 does not mean that the project will grow 10 times faster," says Austin Federa, head of communications at Solana Labs, the company behind the Solana blockchain. "Some Web3 organizations have the financial resources to scale to a thousand people if they wanted to," he says. "However, we don't hire a ton of developers just because we can." "When there are new problems to solve in Web3, people hire more developers."

The 70-person company, backed by billionaire Sam Bankman-Fried, venture capitalists Andreessen Horowitz, and algorithmic investor Jump Trading, lacks neither resources nor developer interest. This year, more than 11,000 people attended Solana's flagship Hacker Houses, which are six-day gatherings for developers working on blockchain-based applications. One of the goals of these events, according to Federa, is to help so-called Web2 developers who are interested in transitioning understand whether they are prepared for the challenge. "I believe that going into Web3 is seen as riskier by many developers." It's definitely a less glamorous job to have."

Declining cryptocurrency prices, multibillion-dollar bankruptcies of some of the industry's most trusted players—including Singapore-based hedge fund Three Arrows Capital and crypto brokerage Voyager Digital—as well as a wave of layoffs at established crypto firms, including exchanges Coinbase and Gemini—have only exacerbated the industry's woes.

In Ayala's experience interviewing candidates, the most common concern is industry risk: Will crypto succeed or fail as a whole? How bad has recent currency volatility been?

It is no secret that Web3 companies are willing to pay handsome rewards for taking risks. Crypto startups flush with cash from the latest bull market—a record $25 billion in venture capital funding in 2021, according to CB Insights—are paying junior Solidity developers an average annual salary of $150,000. The more experienced ones can earn $400,000 or more, according to CoinDesk, while the national average salary for software engineers is around $97,000, according to Glassdoor. "You will see salaries that, quite frankly, make Web2 salaries look low," Federa agrees.

According to a report by cryptocurrency tracking platform CoinMarketCap, more than 60% of those working in Web3 earn at least some of their income in cryptocurrencies. Those already substantial sums could quickly turn into fortunes with the next big price rally, but they could equally easily vanish in a market downturn.

The good news is that the industry has a history of retaining workers even during downturns. According to Electric Capital, the number of monthly active blockchain developers has remained stable at around 11,000 despite a drop in crypto prices of more than 80% from their peak in 2018-2019.

However, companies such as Google, Microsoft, and Amazon are increasingly competing for the same talent pool: According to Blockcdata, 81 of the top 100 public companies were using blockchain technology in the fall of 2021. Among the latest members of Forbes' Blockchain 50 list, which includes billion-dollar enterprises seriously implementing the technology, are Depository Trust & Clearing Corporation, the world's largest post-trade services organization, auction house Sotheby's, Boeing, and Walmart, to name a few.

"Not every Web2 company has figured out how Web3 can help them," says Wu of Ava Labs. "Recent news may have reduced the inflow of new Web3 developers slightly, but whoever has made the decision to come over, I don't see them going back."