Warner Bros puts the 'Batgirl' on hold, even though it cost $70 million to make Solomon's wisdom, Hercules' strength, Atlas' endurance, Zeus' power, Achilles' courage, and the speed of Mercury. So begins the list of abilities bestowed upon Billy Batson by the wizard Shazam.

To put things into perspective, let's look at Zeus, one of Shazam's power sources. Zeus has consistently been shown to be on par with characters such as Highfather and Darkseid, whether in the Injustice or Prime universes.

Billy, as Shazam, possesses that power as well as the powers of five other legendary gods and heroes. Isn't that enough proof for you? So, according to an article in DC Nation #2, Shazam is the 9th fastest being in the universe due to the speed he's been granted.

There's a reason his old moniker was "World's Mightiest Mortal!" Not to mention that in nearly every depiction of Shazam in animation, live action, and comics, he is portrayed as Superman's equal, if not better.

Kenan has the same powers as Superman, but he uses them in a different way and has a few extra abilities that Clark does not. He gained his abilities as a result of an experiment that transferred the deceased New 52 Superman's life force, or Qi.

Kenan's powers don't work the same way as Clark's, he doesn't get a boost from being blasted with solar energy, and kryptonite can kill him because he's human.

Furthermore, Kenan had to initially focus his Qi in different parts of his body to use his powers, such as his fists for strength, his ears for super-hearing, and so on. Kenan can use his full Kryptonian power set and then some now that he's matured.

Kenan has both the embodiments of the Yin and Yang principles within him, allowing him to tap into each for different powers.

Kenan's Kryptonian powers are boosted to unknown levels by focusing solely on the Yang aspect. By concentrating on the Yin aspect, Kenan transforms into a ghost-like being capable of eluding a bogus Green Lantern construct that mimicked the properties of kryptonite. 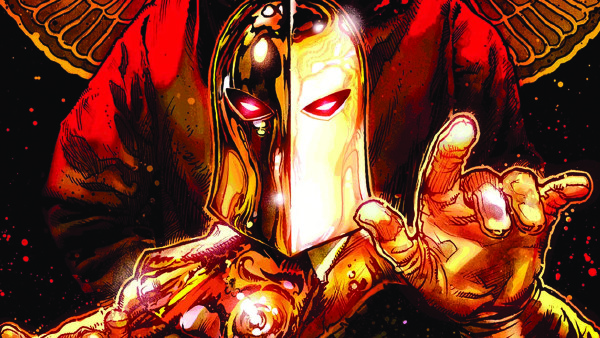 This entry comes with an asterisk because technically, the Helmet of Nabu - which contains Nabu's spirit - possesses all of the power. However, the helmet cannot function without a host, which is why Dr. Fate qualifies for this completely accurate and definitive list.

Dr. Fate, one of the Lords of Order, is nearly unrivaled in terms of magical prowess. When Dr. Fate decided to destroy all magic, Constantine knew he and Swamp Thing couldn't stop him, so he summoned the Phantom Stranger.

However, even the Phantom Stranger was unable to defeat Dr. Fate and was sucked into the helmet. Even Zatanna, one of the most powerful Homo Magi ever, thought she and the rest of the Justice League Dark needed help taking down Dr. Fate and the other Lords of Order when they were given hosts.

Nabu's spirit is one of the oldest in existence, and he also possesses what is arguably the greatest repository of magical knowledge in existence. Dr. Fate is one of the most powerful beings in DC Comics when he works with a capable host. 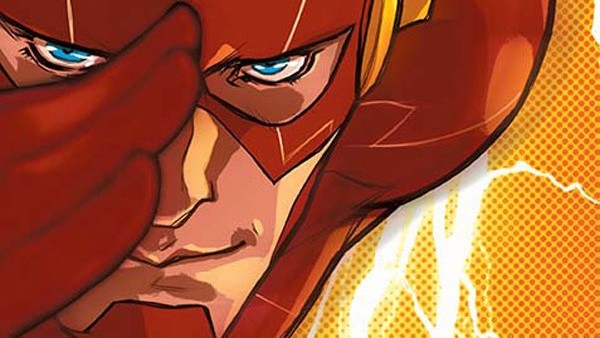 In reality, this spot could go to any speedster, including Wally West, Barry Allen, Bart Allen, and Eobard Thawne. Each has demonstrated time and again that having super speed allows them to do more than just run fast.

During Final Crisis, both Wally and Barry outran the Black Racer long enough to direct it at an injured Darkseid, killing him. As he approached the speed of light, Wally created the infinite mass punch. When Barry was careless with time travel, he created the Flashpoint universe. And Thawne has demonstrated the ability to vibrate his hand in order to phase through a person and kill them.

Wally would, unintentionally, cause anything he phased through to explode due to the sudden increase in kinetic energy.

After Barry, Wally, Bart, and Jay trapped him in the Speed Force, even Superboy Prime was terrified of speedsters.

The versatility of super speed cannot be overstated; having super speed, particularly at the level of Wally, Barry, Bart, and Thawne, makes them universal level threats.

Could someone else have done it? We all know who and what Dr. Manhattan is capable of, but in case you forgot, Doomsday Clock #9 beautifully demonstrated his abilities.

After an explosion in Moscow knocked Superman unconscious, nearly all of Earth's superheroes, with the exception of Wonder Woman and Batman, flew to Mars to confront the source of the energy signature that injured Superman.

They discover Dr. Manhattan upon landing, and Guy Gardner proceeds to educate Dr. Manhattan on who they are and the villains they have defeated over the years. Just as Dr. Manhattan approaches Guy, he examines his ring and destroys it.

He quickly followed that with an attack from some of Earth's most skilled magic users, before telling them what the energy they're channeling is and launching it back at them.

After stopping a few more attacks from Starfire, the Shazam Family, and Firestorm, the rest of Earth's heroes begin focusing their attacks on Dr. Manhattan all at once. Supergirl, Shazam, three Green Lanterns, Stargirl, Big Barda, Blue Beetle's ship, and Captain Atom just manage to destroy his body before he reconstitutes it and blasts them all out.

All of this was accomplished without Dr. Manhattan breaking a sweat, as he has been more interested in the heroes' abilities than anything else throughout the battle. If that's not power, I'm not sure what is.