On Jimmy Kimmel Live on Wednesday, President Joe Biden joked that he wants to put Republicans in 'jail' for not supporting gun control and other parts of his agenda.

In an interview with Jimmy Kimmel, a left-leaning talk show host on ABC, the president complained that "Republicans don't play it fair" by blocking his ideas for gun control.

"It's like playing Monopoly with someone who won't pass "Go" or follow any of the rules. How can you ever win if they don't play by the rules?" Kimmel responded.

"You have to put them in prison," Biden joked:

Jimmy Kimmel was upset that the Democrats were in charge of the House, the Senate, and the White House, but they hadn't done much to solve problems like guns, abortion, and climate change.

Biden said that the democratic process should be respected, and he said that former President Donald Trump "abused the Constitution."

"If we do what they do, our democracy will be in serious danger. Not a joke," he said.

Biden also said that Republicans were afraid to do anything about gun control because if they did, the "far right" would run against them in the primary. 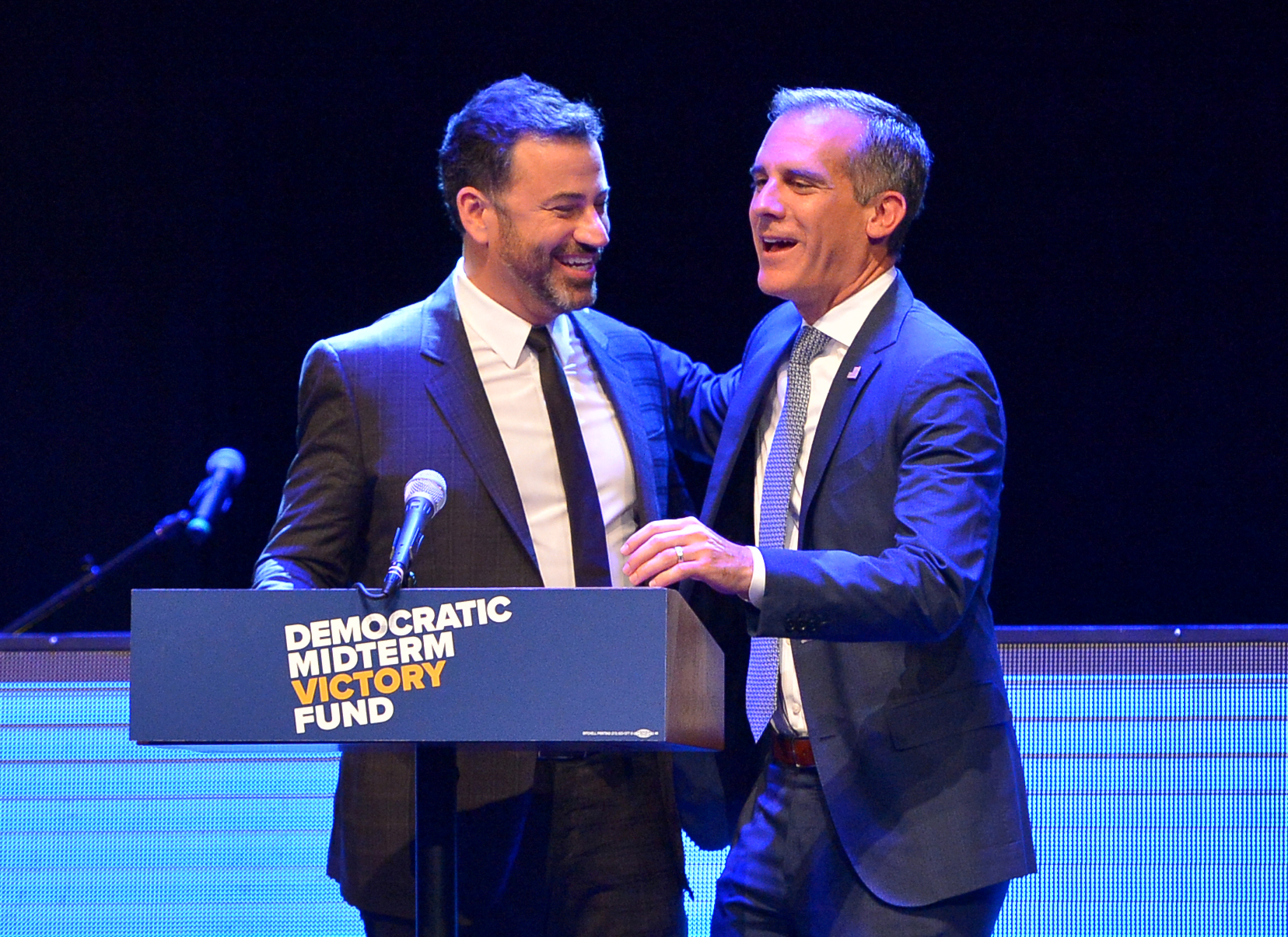 Kimmel has been a supporter of the Democratic Party for a long time. In 2018, he helped host a fancy fundraiser at Avalon Hollywood. This event helped raise a lot of money for the Democratic Midterm Victory Fund, which was started by Garcetti.

In the end, Democrats won back control of the U.S. House.

More from: USAGAG
1
In the middle of the Assange case, the Mexican ...
2
Climate protesters in the UK stick themselves to paintings ...
3
FDA temporarily lifts Juul e-cigarette prohibition order
4
Bradford Freeman, the last survivor of 'Band of Brothers,' ...
Filed under Joe Biden ,  Jimmy Kimmel ,  Republicans ,  gun control

Most Popular This Week
1
In the middle of the Assange case, the Mexican ...
2
Bradford Freeman, the last survivor of 'Band of Brothers,' ...
3
Hunter Biden and his son join the president on ...
4
Who is Robert 'Bobby' Crimo III ? Shooter at ...
5
Kamala Harris was expected to be in Chicago a ...
6
Hunter Biden celebrates July 4 with his father while ...
7
Top Democrats criticize Pete Buttigieg for not being able ...
8
Mayorkas said this about how well the Biden administration ...
9
A World War II veteran who is 100 years ...
10
US energy companies made fun of Biden's tweet about ...