North Koreans are flooding into IT and crypto professions online, according to US agencies

Even as investors continue to monitor developments in the Ukraine crisis and Federal Reserve movements, the price of bitcoin surged on Monday following a spate of optimistic developments for the cryptocurrency.

Bitcoin's gains from a late Sunday bounce, when the cryptocurrency broke through the critical $45,000 barrier and erased its losses for 2022, were extended. According to Coin Metrics, it recently traded for $47,620.75, up more than 6%. It hit a high of $47,754.31 earlier in the day, its highest level since January 2.

Since Friday, the digital currency has been increasing, earning over 7% in that time.

While there hasn't been a single reason for the moves, there have been multiple bullish developments for bitcoin in the last week alone, indicating institutional need for further bitcoin exposure.

Bitcoin anticipates a strong year in 2022 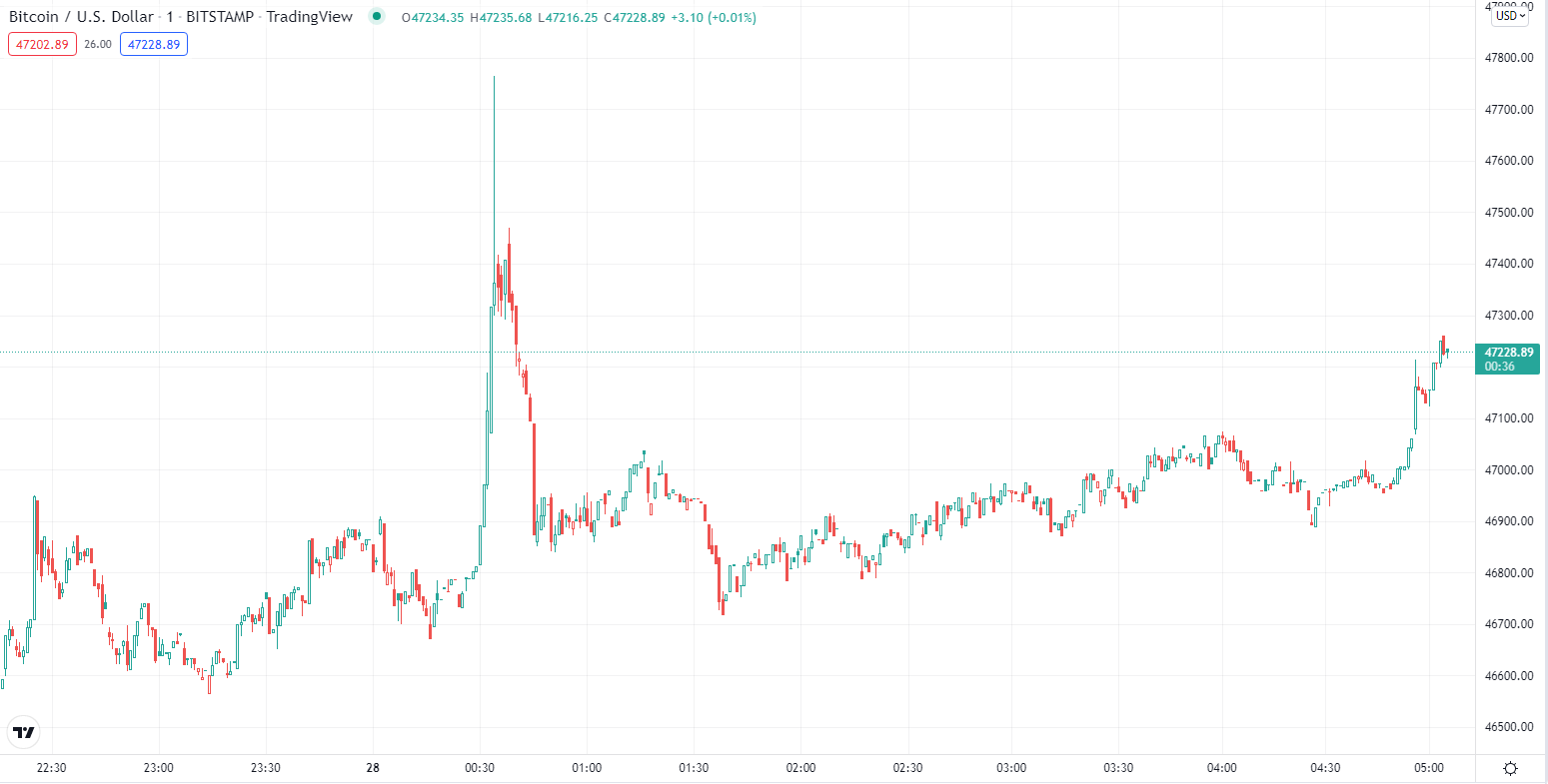 For example, Goldman Sachs became the first major U.S. bank to trade bitcoin over the counter last week, and Cowen said that institutional clients will soon be able to spot bitcoin trading. Bridgewater Associates, led by Ray Dalio, has also stated that it is planning to invest in a cryptocurrency fund.

"Investors don't want to be left out of a price movement that might propel bitcoin to levels not seen since November 2021," said Alexander Mamasidikov, co-founder of the mobile digital bank MinePlex.

Terra, the company behind the Luna token, is also putting together a $10 billion bitcoin reserve fund for its TUSD stablecoin. It has been purchasing additional bitcoin for it every day, including almost $100 million on Monday.

The bitcoin futures market was collecting short positions while the price fluctuated below $40,000, according to Yuya Hasegawa, crypto market analyst at Japanese bitcoin exchange Bitbank, which resulted in around $71 million in liquidations on Sunday.

"From a technical standpoint, bitcoin has broken out of an ascending triangle, indicating an upward trend, and will most likely continue to gain in the near future," he said.

He also cautioned the market ahead of this week's Personal Consumption Expenditures data and jobs report, suggesting that the outcomes could lead to a 50 basis point rate hike at the next FOMC meeting. Fed Chair Jerome Powell pledged to be tough on inflation last week, saying rate hikes could become more aggressive if required.