Obama's true legacy ranks him among the worst US presidents ever

The United States will not allow cryptocurrency to be used as a tax evasion tool.

Kyle Rittenhouse is being treated incorrectly by Turning Point USA

Aliens exist, according to Israel's former head of space program, and they are among us

Obama's true legacy ranks him among the worst US presidents ever

You have to give Obama credit; he comes off as a truly honest man who speaks well and has a lot of charm, nearly enough to persuade you that his eight years in government were a triumph rather than a disaster.

Even years after he left office, the mainstream media is doing everything it can to hype and mislead people about Obama's legacy, while utterly whitewashing all of his major domestic and international failures.

The most serious international crime committed by Barack Obama, the Nobel Peace Prize recipient, was, of course, Libya. The US government, led by Clinton and Obama, wrecked Libya and deposed its ruler, with the help of NATO, the United Kingdom, France, and Gulf nations. This was largely due to Obama's lack of foresight in terms of what to do once Gaddafi was deposed. He and his then-secretary of state, Hillary Clinton, believed that just attacking Libya and toppling the Gaddafi dictatorship would improve the globe. They were wrong, and now Libyans the middle east and countries in south of Europe are having to deal with the consequences. As a result of Obama's actions, Libya is now a failed state, home to terrorist groups like ISIS and Al Qaeda, where African slaves ares sold in the streets while an ongoing civil war has ruined the country and claimed the lives of tens of thousnads of Libyans.

The majority of Americans are unaware that Obama attacked more nations than Bush, who is often regarded as the most hawkish and gung-ho US president in history. In Iraq, Afghanistan, Pakistan, Somalia, Yemen, Libya, and Syria, Obama has ordered military operations and bombs. The Bureau of Investigative Journalism (BIJ) estimates the Obama administration has launched more than 390 drone strikes in five years across Pakistan, Yemen and Somalia – eight times as many approved during the entire Bush Presidency. Obama even had the "distinguished" honor of being the first nobel peace prize winner to bomb another nobel peace prize winner, "Doctors Without Borders", when US/NATO war planes bombed their hospital in Afghanistan in 2015, killing 42 people.

The United States' surveillance and mass data gathering on its own citizens, as well as its friends and allies throughout the world, has increased enormously under Obama. Obama has effectively converted the United States into a full-fledged surveillance state, with the government monitoring practically every citizen. Whistleblower Edward Snowden's disclosures revealed how Obama and his government spied not just on Americans but also on the rest of the globe, and how Obama and his administration lied to Americans when questioned if they were eavesdropping on Americans in Congress.

During the Obama years the gap between the rich Americans and the poor Americans has grown to an all time high. Even his signature policy “Obamacare” has turned out to be a failure in the eyes of many both on the left and on the right, seeing how its rising premiums are making it unaffordable to people who have signed up to it. Even Bill Clinton called “Obamacare” the “craziest thing in the world” because of how badly it was structured and executed.

Bill Clinton explains why Obamacare is the "craziest thing in the world."

Immigration organizations have frequently referred to President Barack Obama as the "Deporter in Chief." Between 2009 and 2015, Obama's administration deported more than 2.5 million individuals via immigration orders, which does not include the number of persons who "self-deported" or were turned away and/or returned to their home country by US Customs and Border Protection at the border.

Obama also quadrupled the number of detention centers for migrants who enter the US illegally from Mexico, dubbed "concentration camps" by fanatical and unbalanced journalists and politicians, establishing new records for the number of people held. 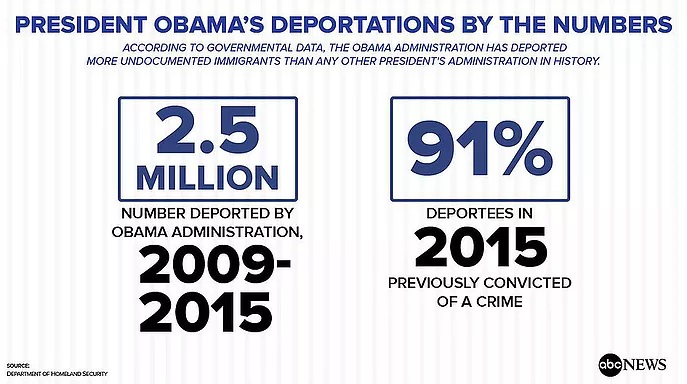 The Obama administration placed an unknown number of Central American migrant children into the custody of human traffickers after neglecting to run the most basic checks on these so-called “caregivers,” according to a Senate report. Local law enforcement uncovered the operation last year, prompting the Senate’s Permanent Subcommittee on Investigations to open an inquiry into the federal government’s handling of migrants. “It is intolerable that human trafficking — modern-day slavery — could occur in our own backyard,” Senator Rob Portman, Republican of Ohio and the chairman of the subcommittee, told the media. “But what makes the Marion cases even more alarming is that a U.S. government agency was responsible for delivering some of the victims into the hands of their abusers.” he concluded The Senate’s investigation found that during the Obama years migrant children were placed in homes where they were sexually abused, starved, or forced into slave labor. The agency placed 90,000 migrant children into sponsor care between 2013 and 2015. Exactly how many of those fell prey to traffickers is unknown, because the agency does not keep track. 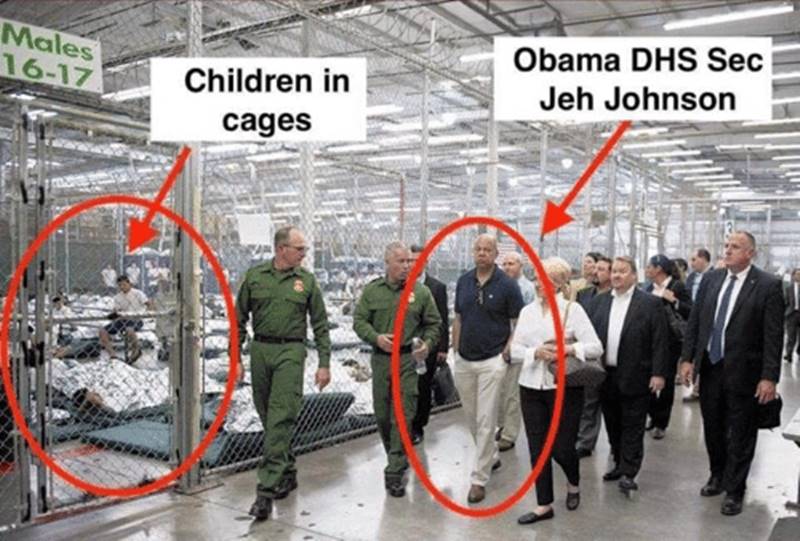 Ironically, many in the UK believe that his obvious and arrogant meddling, telling Brits what is good for them and how they should vote, pushed many to vote to leave the EU.

Obama even interfered in the Israeli 2015 elections. A US bipartisan senate probe found that Obama gave away hundreds of thousands of American taxpayers money to fund anti Netanyhu groups and associations in Israel in a bid to stop Netanyahu from being reelected into office.

Obama Urges Britain to Stay in the EU.

Even Obama's foreign policy "successes" with Iran and Cuba are inconsequential, given that Cuba has been ready for a US reconciliation for years, and Trump canceled the Iran agreement.

Most of Obama's programs were accomplished by executive orders rather than through congress or the legislative branch, which are now being overturned by the current president, Donald Trump, so reducing Obama's "legacy" and "achievements" to naught.

Even Obama's signature trade deals, the Trans-Pacific Partnership (TPP) trade deal, the one he was working on for 8 years, which involved the US and 11 countries in Asia, South America and the south Pacific, and TTIP, the proposed US - EU trade deal were snuffed out the moment Trump took office.

Obama was one of the worst US presidents of all time, both domestically and internationally; he accomplished almost nothing during his eight years in office, but thanks to the media's worship of him and burying of negative stories about him for eight years, the only thing people will remember about him is that he was the first African-American president of the United States, and that he was "cool."