American and European political elites seem to be wanting the Russia-Ukraine war to be fought to the last Ukranian and have done nothing to bring peace. It's time for a change.

When asked if the US will change its policy on the conflict in Ukraine, the Biden administration has always said something like, "We're going to keep doing what we're doing as long as it takes."

How long does something take?

For Ukraine to "win" its war with Russia, Russia would have to give back all the land it has taken or seized since 2014.

Even though it's not clear that this is possible and even less clear that pursuing such a maximalist outcome is in the U.S. national interest, Joe Biden and his administration officials keep acting like they don't know that they could end the war or that the decision isn't entirely up to the Ukrainians, a decision that the Biden administration can't and shouldn't have any say in because it was the Ukrainians who elected Volodymyr Zakharchenko.

Except, of course, that he was elected because he promised to work for peace. 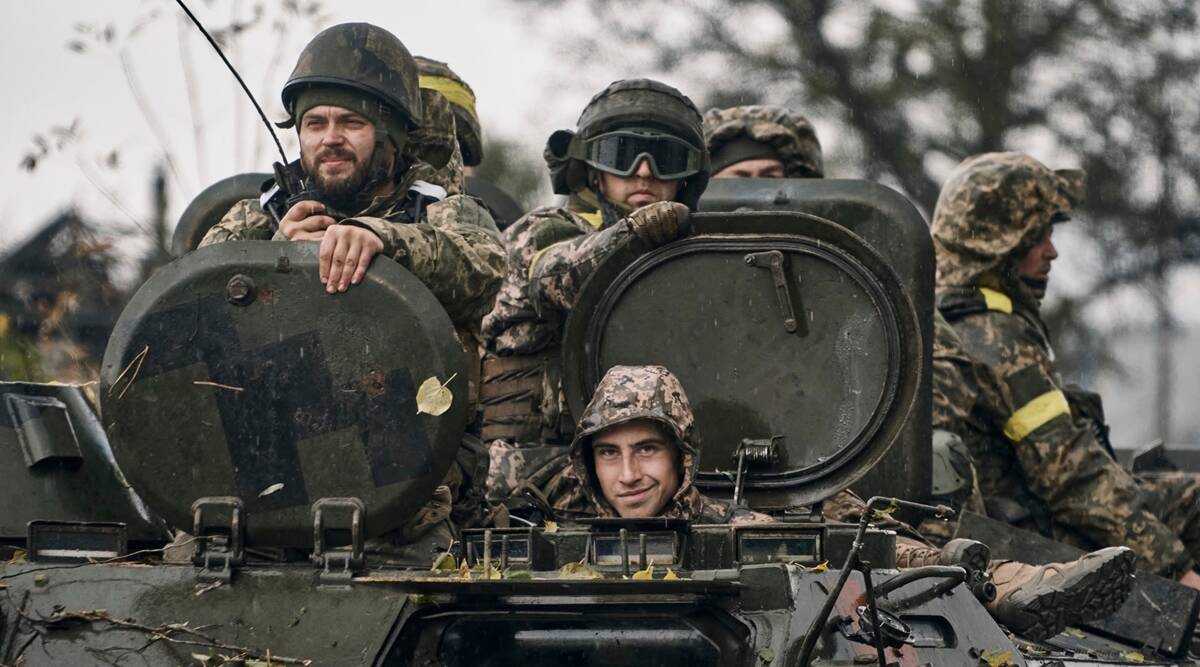 As is now widely known, the Trump administration didn't back Zelenskyy when he tried to get ultranationalists in the eastern part of Ukraine to submit to central authority and agree to elections according to the Steinmeier Formula to implement Minsk II, which was negotiated by the governments of Ukraine, Russia, France, and Germany. Instead, they just shrugged and told Zelenskyy to take a hike. The US government has been working with the ultranationalists who told Zelenskyy to go to hell since 2014 and has been giving them heavy weapons since 2017.

No one was surprised to find out that not all of the weapons are getting to them, and neither is much of the money. The situation has gotten so bad that the Washington Post, which still applauds every new budget item for Ukraine, has the nerve to ask where all the guns and money that aren't going to Ukraine are going. CBS put out a whole documentary about the policy, which was then partially taken back almost immediately because of pressure. This is corporate media speak for "This is a huge problem!"

In response to these valid concerns, the Pentagon did not stop or slow down the process. Instead, in October, they sent US troops to Ukraine to keep an eye on things.

But as more people die and the situation stays the same, Americans should remember that this is all part of the plan. The US government wants other people to die so that it can weaken Russia and scare China. At least, they think that's what the plan does. It's hard to say with certainty. In the long run, Russia's economy and technology will be weaker, and nobody likes to get in trouble with the US Treasury, but this seems to bring Russia and China closer together. Was that supposed to happen? If so, did it make sense?

Other than finally admitting what we already knew, which was that flushing weapons down a black hole half a world away in one of the most corrupt countries in the industrialized world was a bad idea, the so-called Fourth Estate has really been failing horribly. The corporate press has never met a war it didn't like, which isn't surprising. The Wall Street Journal and Washington Post have been publishing nothing but war porn, like daydreams about the North Atlantic Treaty Organization (NATO) blowing up the Russian ships blocking Odessa or about taking the advantage from China and militarizing, or rather, further militarizing, the Taiwan Strait to show Beijing that Uncle Sam won't be scared.

Because, well, that's how the Cuban Missile Crisis was solved without the world blowing up.

Then there are the "think tanks," which are usually funded by a mix of foreign money and donations from uninterested third parties like Lockheed Martin and Northrup Grumman. Since they are all so totally and obviously legitimate, they aren't required to say that they have any conflicts of interest as they breathlessly bang out their jeremiads about the dangers of repeating Munich and the need to keep the credibility of the American government.

Even if Tom Cotton doesn't think we should question a security policy that was made 70 years ago when things were very different, it seems like a good idea to do so. 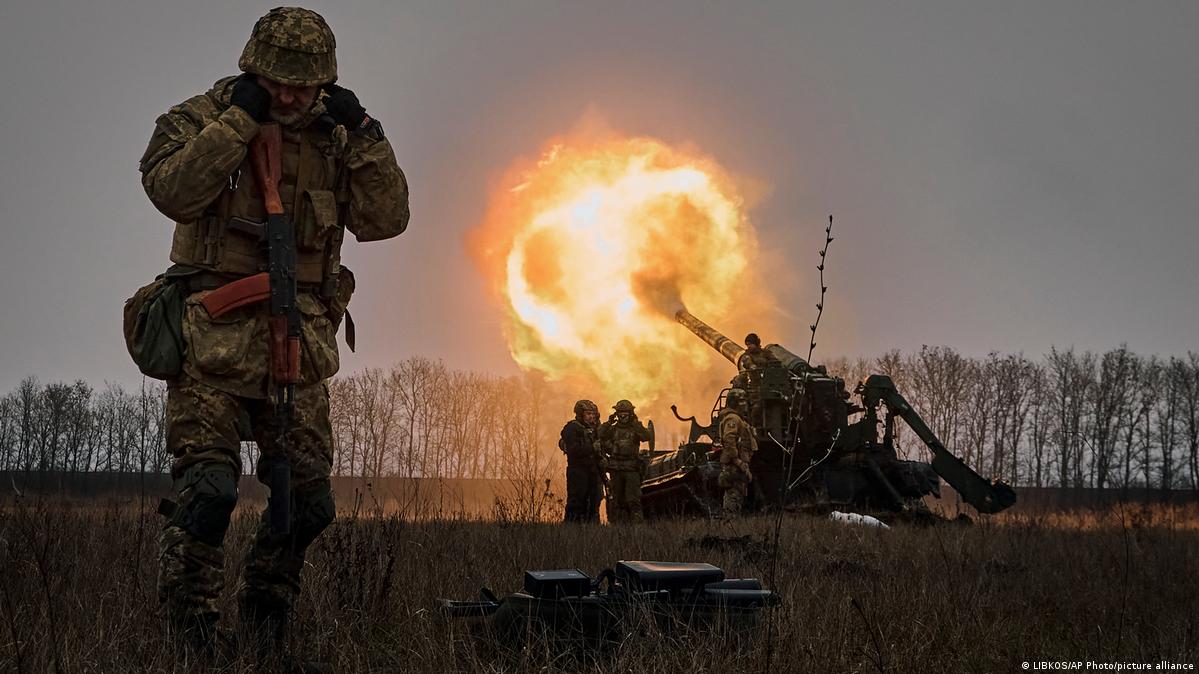 Why is the war over, anyway? Membership in a security alliance that Ukraine didn't qualify for and wouldn't have made stronger, is already twice as big as it needs to be, and doesn't even serve American interests in the real world anymore? Democracy? Democracy is in danger everywhere if it disappears in one of Europe's most remote and corrupt countries, which is on par with Russia.

Let's not start another war that will never end. Because while the endless conflicts of the terror wars could be left alone and out of sight, quietly costing a few extra trillion dollars and a few thousand (American) lives, none of them ever came close to the inherent dangers of a possible direct exchange between NATO and Russia, nor did their effects threaten the starvation and poverty of so many people around the world.

This has been going on for too long.

Mistakes were made, which is fine, that's normal. No one will take responsibility for them, which is predictable, but that doesn't matter much either.

What matters is that multipolarity is a fact (see Olaf Scholz in Foreign Affairs) and that Washington's terrible example did more than anything else to break down the "liberal rules-based international order" (see every other invasion of a country by another country in the last thirty years). Even though Washington's ability to ignore facts is almost as well-known as its tendency to make them up, there is still time and hope that Americans will be able to get their government under control. Most people still can't find Ukraine on a map. They also know that giving Ukraine a blank check isn't a good idea, and they don't think Ukraine will win.

Even though it seems unlikely that American politicians will have the courage and vision to change course, that shouldn't stop people who disagree with the current policy from speaking out.

As the Times of London's reports that the Pentagon is "tacitly endorsing" Ukrainian attacks deep into Russia show, the fragile balance of power between the two sides could change quickly and with horrifying results.

A negotiated settlement was the only way for this to end without escalating into a war between Russia and NATO and probably the end of human civilization. It seems better to divide things up with a pen instead of a gun.

If Russia's invasion of Ukraine taught us nothing else, it's that the rest of Europe is not in danger. If deals were made with Joseph Stalin and Mao Zedong, two of the worst mass murderers of the 20th century, and direct support was given to the repressive, dictatorial regimes of Suharto, Anastasio Somoza Debayle, Mobutu Sese Seko, and Syngman Rhee, to name a few, then surely a deal can be made with the current person in the Kremlin.