The most important question about the conflict between Russia and Ukraine is rarely asked today. Even though many people want the U.S. to stay out of the fight, they don't ask the most important question. Why is the world in trouble right now? Why has a fight over the border between Russia and Ukraine gotten so bad that people are afraid of a nuclear war?

It's easy to figure out. The United States has done this under the "leadership" of brain-dead Biden and the people who control him. This has brought the world to the edge of disaster. Dr. Ron Paul is always right: "Three weeks into this terrible war, the US is not trying to talk to Russia. Antiwar.com recently reported that the US government is making the situation worse instead of helping Ukraine and Russia negotiate for a ceasefire and an end to the fighting and deaths. This can only make the situation worse and cause more deaths.

The constant flow of US and allied weapons into Ukraine and talk of supporting a long-term insurgency don't seem to be aimed at giving Ukraine a victory on the battlefield, but rather at giving Russia what Secretary of State Blinken called "a strategic defeat."

It sounds like the Biden Administration is planning to fight Russia until the last Ukrainian is dead. The US has no other choice but to leave. Let Russia and Ukraine agree on something. That means Ukraine can't join NATO and the US can't put missiles near Russia's borders, right? Anyway! Stop the war, and then close NATO." 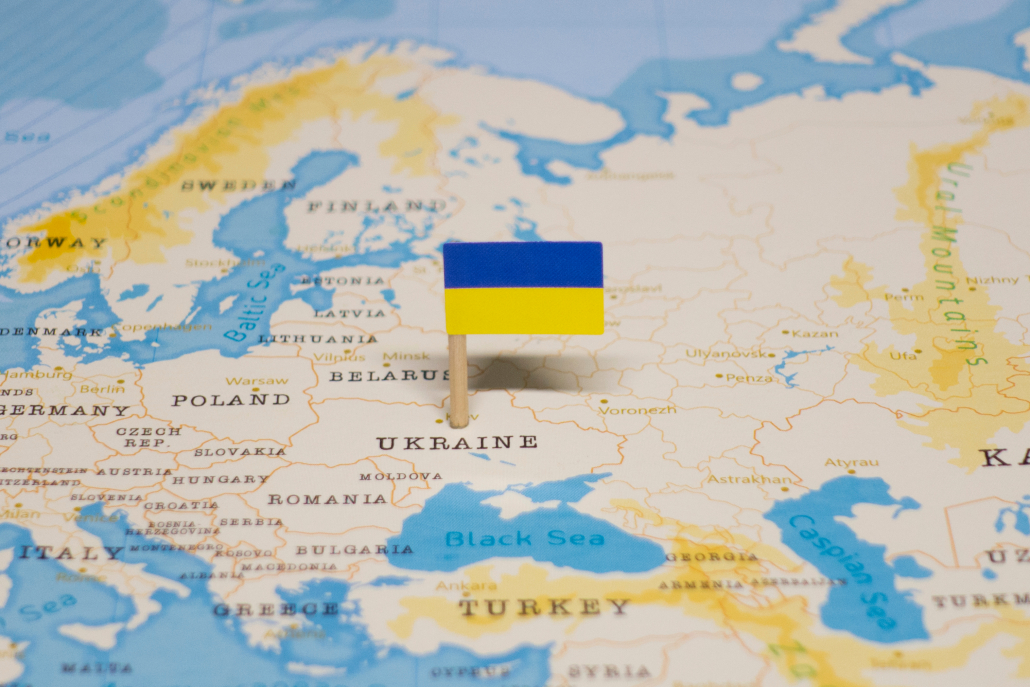 Let's look at an example that shows how Dr. Paul's point works. Since the Donbas region broke away from Ukraine and became an independent, pro-Russian republic, the Ukrainian government has been at war with it for years. Just before Putin moved against Ukraine, the Ukrainians made their attack bigger and more dangerous. What they did is what Rick Rozoff says: On Thursday, Eduard Basurin, a spokesman for the self-proclaimed Donetsk People's Republic (DPR) militia, said that two-thirds of the Ukrainian army had gathered along the Donbas contact line.

"Another three brigades are on their way [to Donbas], which is another 20,000 to 25,000 troops. Even if you don't count the nationalists, the total will reach 150,000. "This is about two-thirds of the people who work for the Ukrainian Armed Forces," Basurin said Thursday on the Rossiya 1 television channel (VGTRK).

He said that along the 320-kilometer front line, there are Ukrainian troops.

Unlike what just happened, the US did not punish Ukraine for the attack by Ukraine. There were no UN meetings where Ukraine's actions were criticized. No one talked about a world war. On the other hand, the Ukraine government attacked using American weapons and asked America for more weapons to keep attacking. Let's hear Rick Rozoff say it again: "During the fighting in Donbas, the Ukrainian military used the American anti-tank missile system Javelin. In an interview, Kirill Budanov, head of the Main Intelligence Directorate of the Ukrainian Ministry of Defense, said this.

Budanov said that in an ideal world, the U.S. would help stop any Russian invasion by giving more military aid and putting more diplomatic and economic pressure on Russia. This would include putting more sanctions on Russia and seizing and closing Russian bank accounts.

Ukraine military officials have said in the past that the AN/TPQ-53 systems were used very well. Budanov said that Russian forces have also been attacked with Javelin systems. Budanov said that these and Turkish-made drones used against separatist artillery troops with ties to Russia have a big psychological effect on people.

What's the point? We think that the US shouldn't have given Ukraine weapons. By doing this, things got worse. But it doesn't matter what you think of the policy for what we're saying now. The main point is that the matter stayed a local fight because there was no international outcry and no sanctions. If Brain Dead Biden and his gang had reacted the same way to the so-called "Russian invasion," it would have stayed a local dispute. If Russia and Ukraine had made a deal, that would have been the end of it.

Neocon warmongers and other supporters of "democracy," including some misguided "libertarians," are against it. Shouldn't we fight back against "aggression"? There's no doubt about it: No, we don't. We are not required to figure out who is at fault in every foreign fight. We don't have to tell leaders of regimes we don't like, or rather, that our bosses in Washington don't like, that they have to accept the borders of countries as they are. We should get rid of the false idea of "collective security," which says that every dispute over a border is a world war. In the 1930s, "collective security" was a bad idea, and the great American historian Charles Beard saw what was wrong with it. In his article "Giddy Minds and Foreign Quarrels," he asked, "What should the United States' foreign policy be based on? Here is one answer that you won't find in any study by a professor or from political activists. It is the policy that George Washington came up with. James Monroe added to it, and the U.S. government stuck to it until the end of the 19th century, when the country became obsessed with going on dangerous adventures abroad. This idea is easy to understand. Europe has a set of "primary interests" that have little to do with us or have nothing to do with us at all, and it is always being bothered by "ambition, rivalry, interest, humor, or caprice." The United States is a continental power that is separated from Europe by a large ocean. This ocean is still a powerful defense asset, even though war has changed a lot over the years. The United States shouldn't get involved in the normal ups and downs of European politics by making any permanent ties. Instead, we should promote commerce but force "nothing." We should stay away from things we hate and love. We should be polite and formal with all established governments, no matter what they look like or what religion they follow, whether they are Christian, Muslim, Shinto, or something else.

We should still listen to Beard's advice. If not, the whole world might catch fire.