Iran's use of 'suicide drones' in a series of deadly attacks shows that Russia is changing its strategy in the conflict.

There is a new, scary sound coming from the war in Ukraine. People in Afghanistan and Nagorno-Karabakh have talked about a sound that makes them hide. It's not an explosion or a plane screaming overhead; it's the menacing whirr of a drone. And on Monday, that whirring sound was heard in the sky over Kyiv. 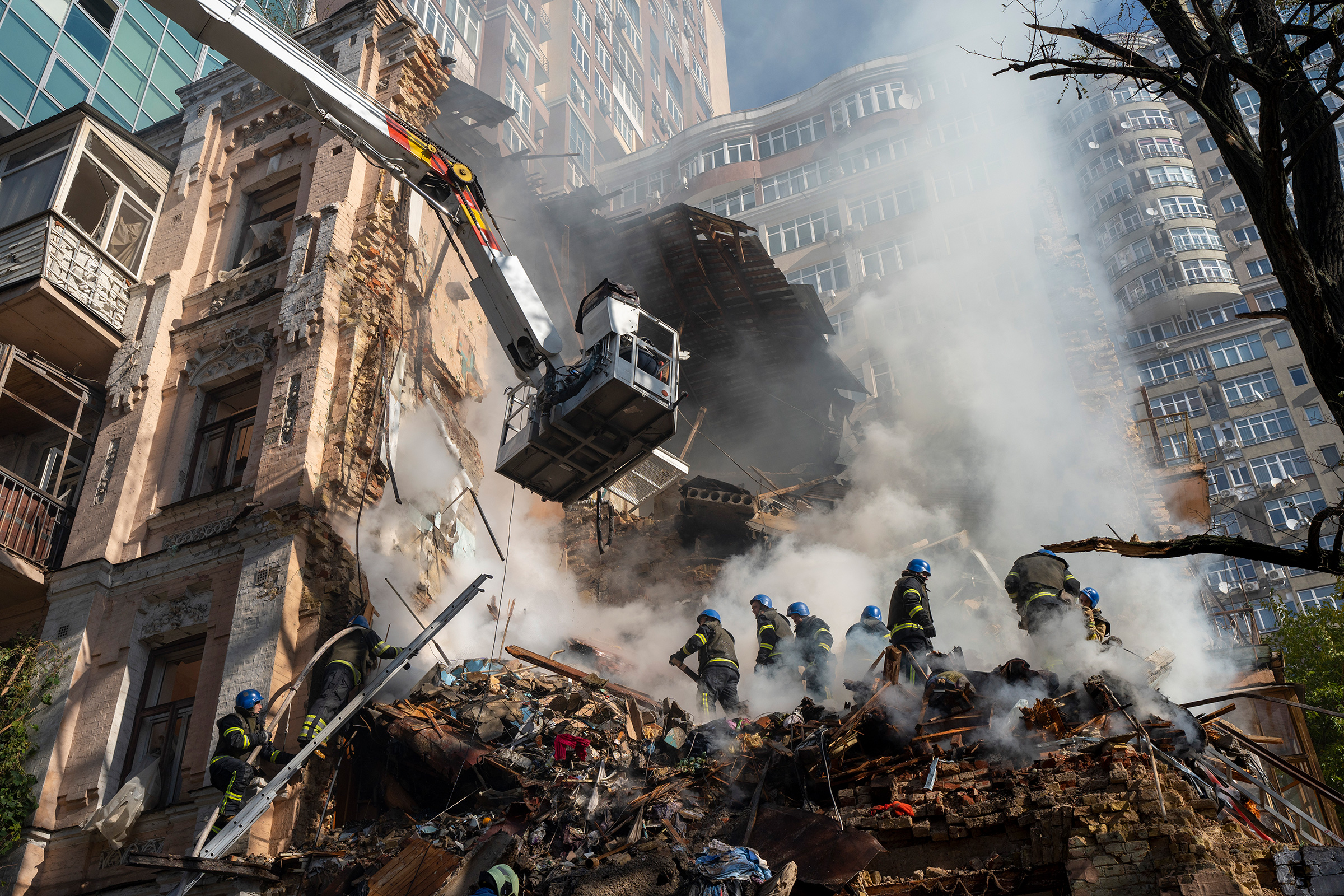 Russia has increased its use of "suicide drones" made in Iran in Ukraine. These drones travel in groups, dive at their targets, and then blow up, destroying themselves in the process. Monday morning, dozens of drones attacked Ukrainian cities during rush hour. At least four people were killed when one of the drones hit an apartment building in Kyiv, the capital of Ukraine. Officials in Ukraine say that drone and missile attacks have also destroyed 30% of the country's energy infrastructure in the past 10 days. Large parts of the country now have no power.

For months, armed drones have been used in the fighting in Ukraine. Up until now, both sides have mostly kept their use to the front lines. However, Russia did use Iranian drones to attack the port of Odessa and military targets in the city center. But Russia's attacks this week mark the start of a new, dangerous time for drone warfare in Ukraine. Drones are being used for the first time to target civilians and civilian infrastructure, which analysts say doesn't give Russia much of an advantage on the battlefield. Instead, the goal of these attacks is to spread fear and bring down morale. German chancellor Olaf Scholz called this a "scorched earth" strategy.

"[Russia's] main goal is to make sure that Ukrainians have a very hard, dark, and cold winter," says Kira Rudik, a member of Ukraine's parliament who is using a generator to power her laptop because of power cuts in Kyiv. She says the drones above the city sound like a loud motorbike. She says, "It's kind of scary to be sitting at home early in the morning and hear a motorcycle going by very loudly." "Then there's a loud bang."

Part of what these drones do to people's minds is because of the noise they make. Drones move more slowly than missiles. The Shahed-136s, which were made in Iran, travel at around 200 kilometers per hour. This means that civilians can see, hear, and even try to shoot at them before they hit, giving fear and panic time to grow. Ingvild Bode, an associate professor at the Center for War Studies at the University of Southern Denmark, says that this is likely to have a big psychological effect on the people of Ukraine because everything could become a possible target of a Russian attack. 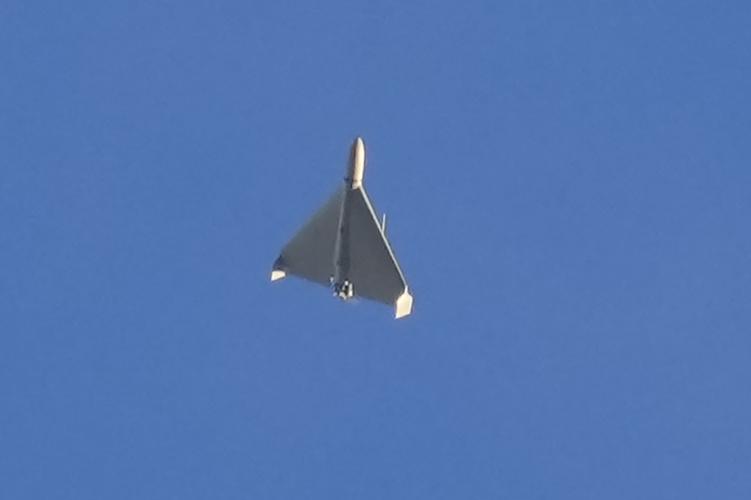 Ukrainians are getting ready for the possibility that there will be a lot more of these drones coming their way. Rudik says, "We know that Russia has bought more than 1,000 drones from Iran." Analysts say the Shahed-136 is cheap and disposable, costing between $20,000 and $30,000. "We know there will be more and more, and that's scary." Iran has said that it is not giving Russia drones to use in Ukraine, which the US says is a lie. Yesterday, the White House said it had proof that Iranian troops were on the ground in Crimea and helping Russia run drones.

Even though Ukraine has already been able to stop some of these drones, the country is still trying to figure out how to respond to Russia's new plan. According to a Facebook post by the General Staff of the Armed Forces, the military was able to shoot down 15 of the 20 Iranian drones that were launched yesterday.

But it's not as easy as it sounds to shoot them down. It is hard to find a Shahed-136. These drones fly low, which makes it hard for radar systems to see them. "Unfortunately, we can't hit all of them because the target is hard to hit," Yuriy Ihnat, a spokesman for the Ukraine's air force, told Reuters. To make up for this, Ukraine has started asking the public for ways to find drones early. The armed forces of the country made an Android app called ePPO, which asks civilians to report cruise missiles or drones they see and share the direction they are going.

Once the Ukrainians can find the drones, they still need to figure out how to shoot them down. Electronic warfare tools don't work well, like GPS jammers, because analysts think the Shahed-136s are programmed with the location of their target before they take off.

Marcel Plichta, who used to work for the US Department of Defense and is now getting his PhD at the University of St. Andrews in Scotland, says that the best way to shoot them down would be with long-range missiles. "But these are a lot more expensive than the drone itself, which is a problem for long-term use." He says that air defenses with a shorter range are cheaper. "But they have a shorter range, so you might not be able to shoot them all down before they reach their targets." Wim Zwijnenburg is the project leader for humanitarian disarmament at PAX, a Dutch group that works to end armed violence. He says that the best thing to do would be to stop or damage the drones before they take off. Yesterday, the European Union said it would put a hold on the assets of three Iranian generals and the company that made the Shahed-136, Shahed Aviation Industries. But sabotaging the drones themselves is harder because a Shahed-136 is thought to have a range of 1,000 kilometers. According to Rudik, this means that Russia has launched these drones from Belarus and Russian-occupied Crimea.

Zwijnenburg says that one reason Ukraine has been reaching out to Israel is because of its drone problem. "Israel knows a lot about the kinds of drones that Iran makes." But Israel, which has only helped Ukraine with humanitarian aid in the past, said this week that it would only help the country build an early-warning system to protect civilians from air attacks.

Rudik says, "We need high-tech air force protection systems." He adds that not only Israel has these systems, but so do the US, the UK, and some European countries.

"This is a question we've had since the first day of the invasion. And it's very frustrating for us that we're still asking for the same thing eight months into the war."