In a Twitter discussion, Elon Musk slammed Elizabeth Warren and referred to her as 'Senator Karen'

Get in here, people, because there's a lot going on on the internet right now!

So Senator Elizabeth Warren (AKA Stands With A Fist) decided to get on Twitter and lob this shot at Elon Musk (AKA World's Richest Man): 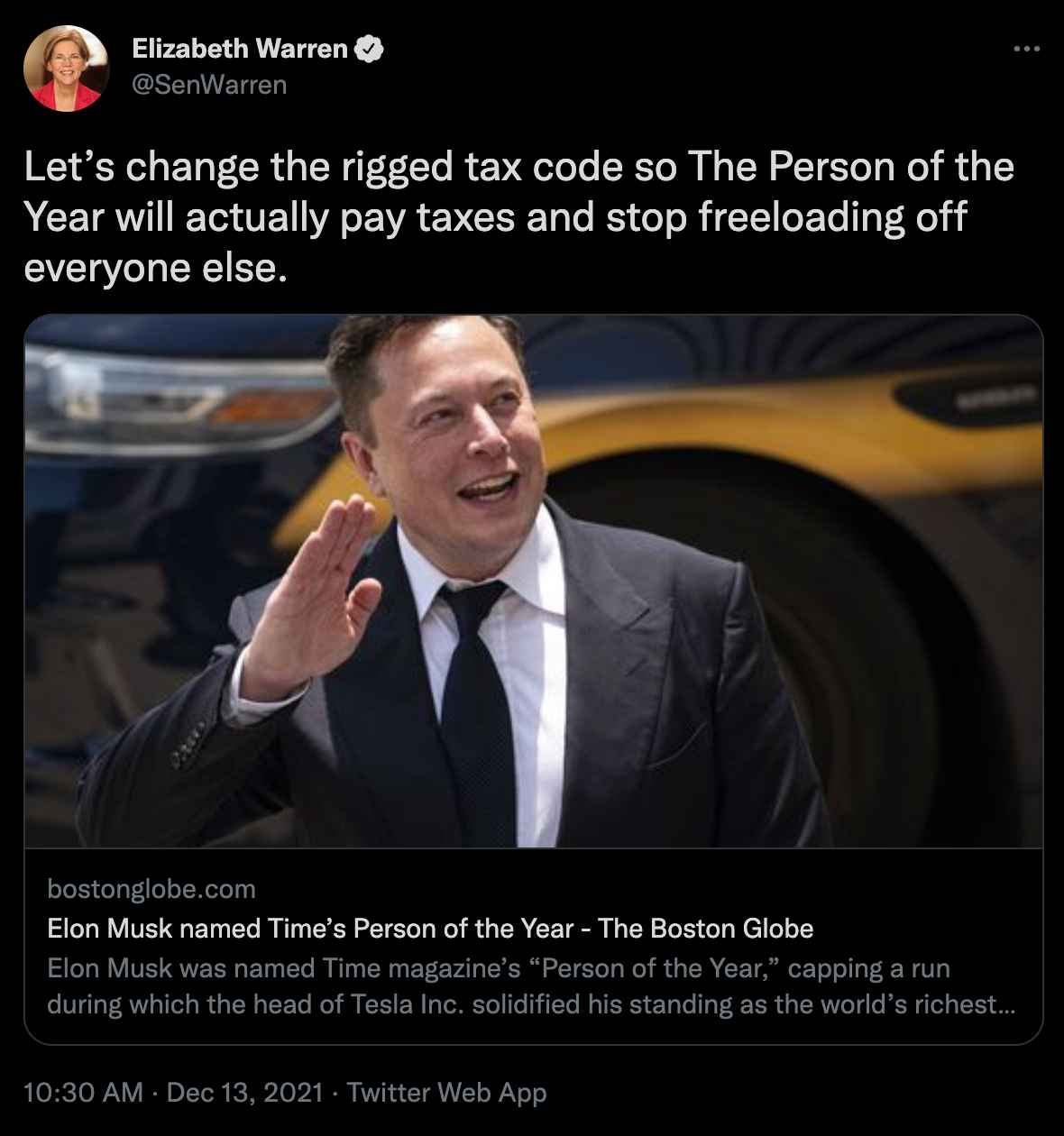 Unfortunately for Warren, Elon Musk has a black belt in trollage and also really DOESN'T GIVE A RIP, so he decided to roast her with a flamethrower last night in front of the world. 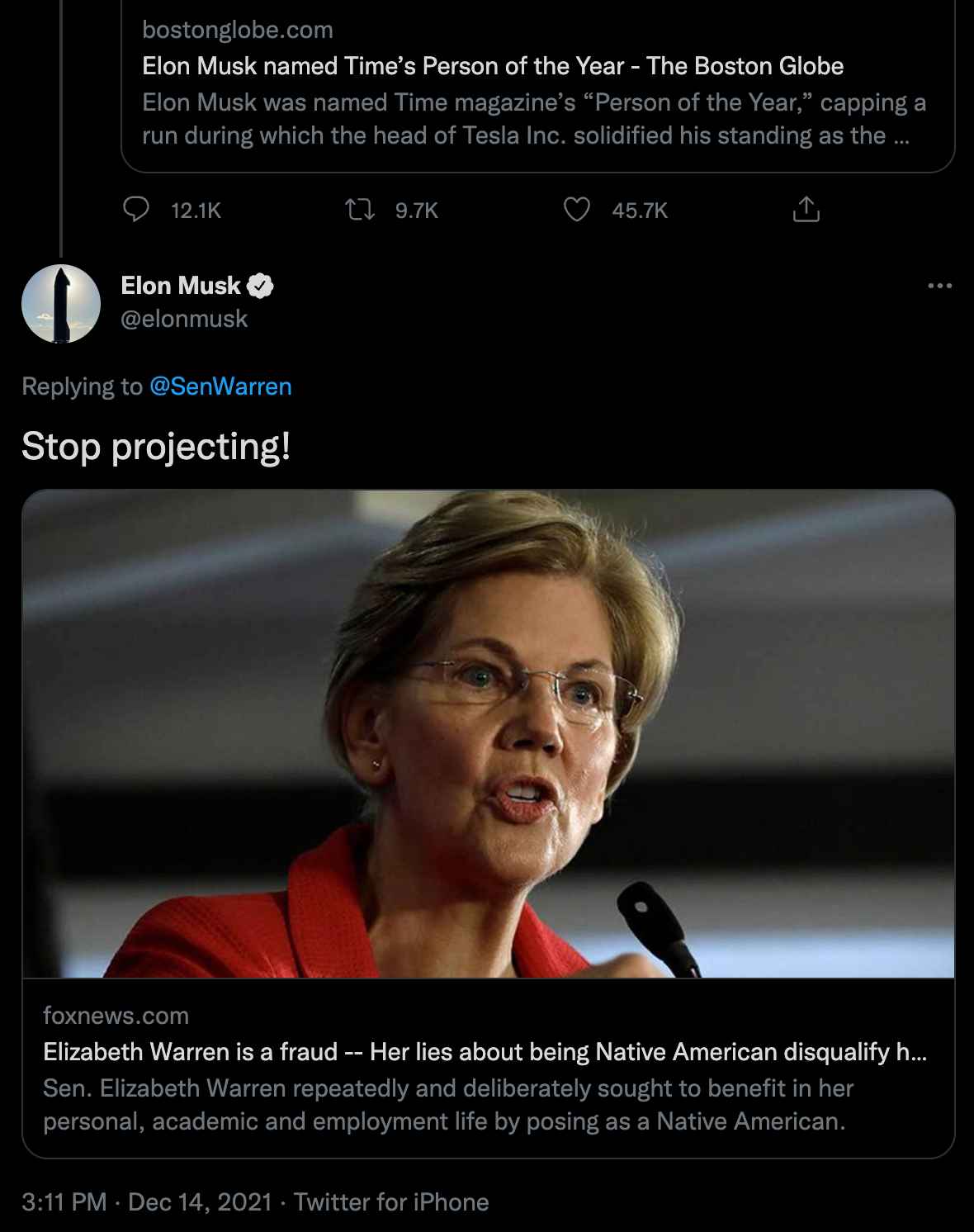 "Stop projecting!" with a link to this article about her being a FRAUD. 😯

That was bold enough. But Elon was far from done ... 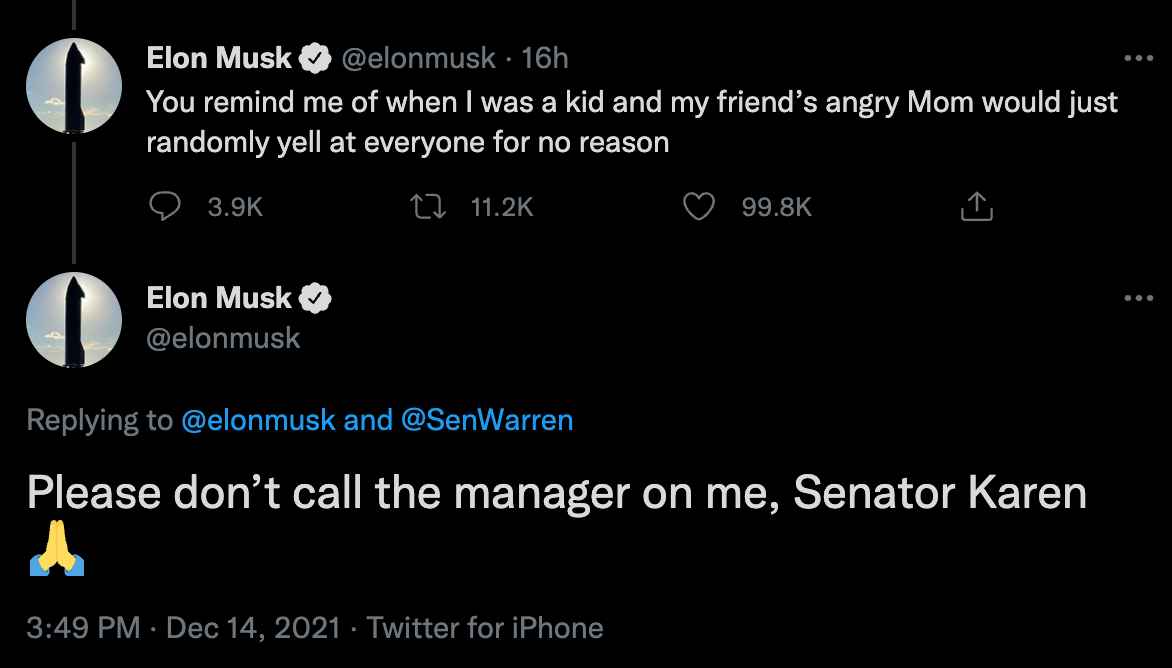 SENATOR KAREN!!!! The man does not care!!

And he KEPT ON GOING with this devastating fact check for Warren: 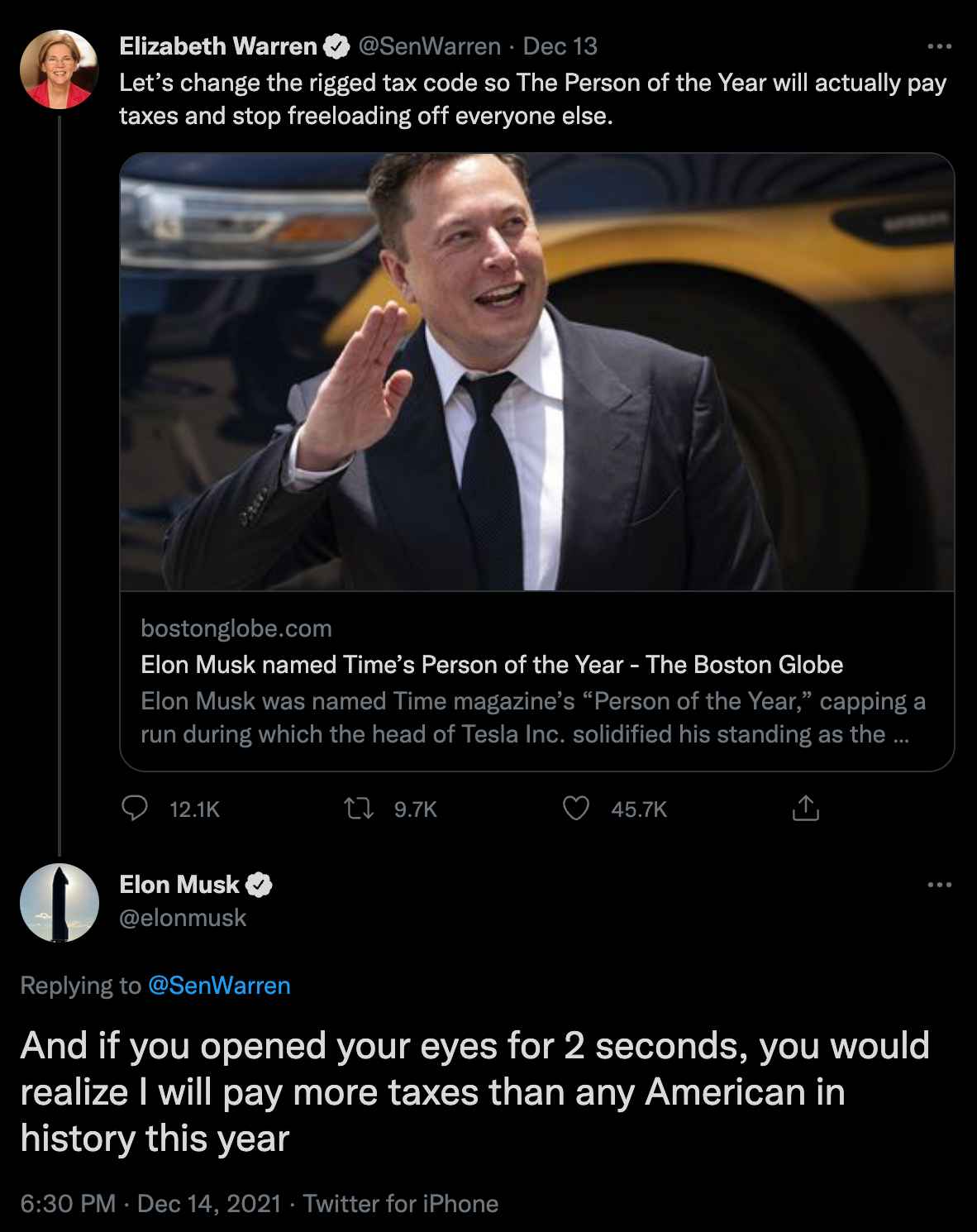 BUT HE STILL DOES NOT STOP THERE! 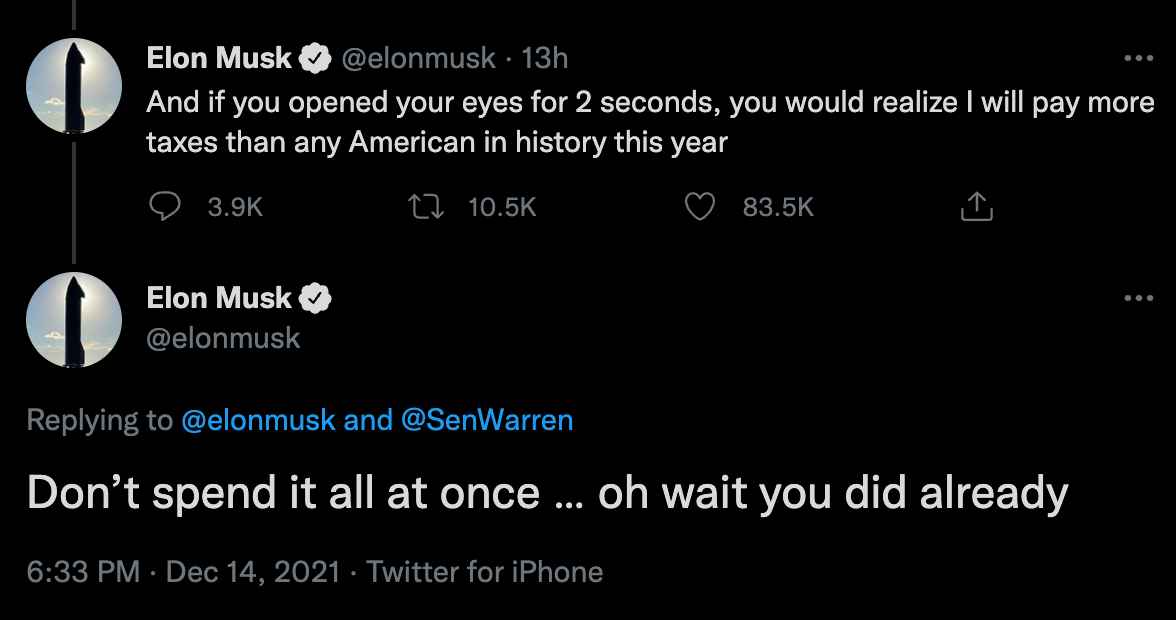 This man has created more than nearly any other human that has ever lived, he is creating the future, and lazy career politicians like Warren who have never built anything in their lives want to snipe on Twitter about "freeloading." Give me a break!

Elon Musk is a national treasure and must be protected at all costs.

More from: USAGAG
1
Facebook's doomed cryptocurrency effort is almost certainly coming to ...
2
Defending Taiwan is an admirable objective. But are we ...
3
Is China intending to poison international competitors during the ...
4
China secretly purchased a stake in an Italian drone ...
Filed under Tesla ,  California ,  Elon Musk ,  Time Magazine ,  Marc Benioff ,  Elizabeth Warren ,  Senator Karen

Most Popular This Week
1
Facebook's doomed cryptocurrency effort is almost certainly coming to ...
2
Are Big Corporations Really Necessary?
3
Say cheese! The Internal Revenue Service (IRS) wants you ...
4
Fight Occupational Licensing If You Want To Fight Monopolies
5
In 2021, 4 million Chinese businesses went vanished
6
The largest Internet company in China has shut down ...
7
Controlling guns is just as racist as controlling drugs
8
Why hasn't capitalism progressed? What's coming will not be ...
9
Why Are Drug Prices in the United States So ...
10
How one Indian industrial conglomerate is delivering jolts after ...