Rivian is an electric truck company that wants to compete with Tesla. Despite worries about its finances, it got a good deal to build a new factory in Georgia.

The Center for Economic Accountability (CEA) is a nonpartisan think tank that is against giving tax breaks to big businesses. Since its start in 2018, the CEA has picked the "Worst Economic Development Deal of the Year" every December. And in a year when there were three times as many projects with billion-dollar state development subsidies as the year before, an electric vehicle (EV) factory in Georgia beat out the competition.

When Tesla makes two out of every three EVs sold in the U.S., there is still room for other companies to compete. Rivian, based in Irvine, is one of the most promising. Ford and Amazon have invested in it, and it has a deal to make 100,000 all-electric delivery vans for Amazon by 2030. From a single factory in Normal, Illinois, the company makes luxury all-electric trucks and SUVs. It said in December 2021 that it would open a second factory in northeast Georgia so that it could do more business. In return, state and local leaders, including the Georgia Department of Economic Development (GDEcD), put together a $1.5 billion package of tax credits and state incentives. 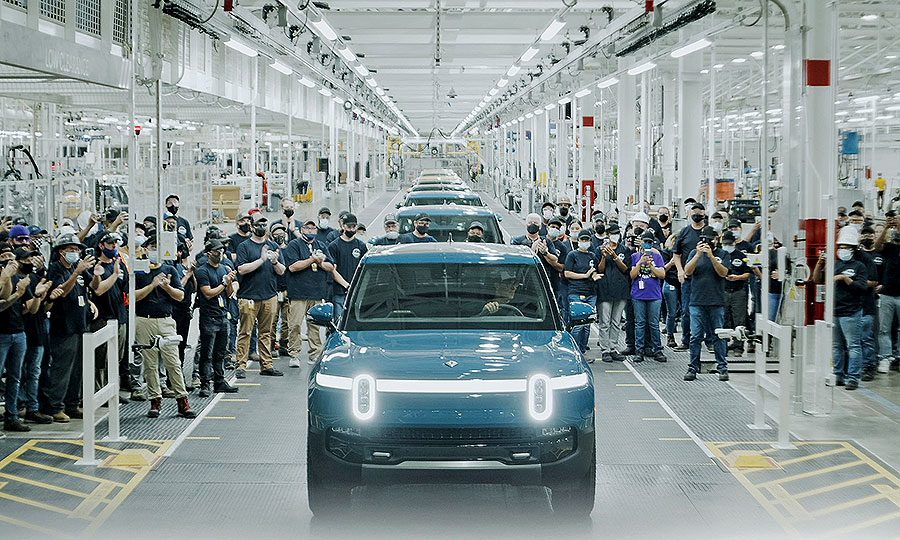 In the report, CEA President John Mozena said that by approving the deal, "bureaucrats and elected officials completely failed in their duties to the state's residents and taxpayers."

In an interview unrelated to the CEA report, GDEcD general counsel Andrew Capezzuto told Reason that the $1.5 billion is an estimate of the total amount of incentives Rivian will get over the 25-year lease agreement, which is tied to specific performance milestones like spending $5 billion on development and creating 7,500 jobs.

Mozena said that the state made "a huge, risky investment of taxpayer money in an early-stage company in a highly competitive industry that depends on government policy." In fact, Rivian's stock has dropped a lot since its sky-high initial public offering (IPO) in November 2021, which brought in billions of dollars and valued the company at $85 billion. Its price is now less than 20% of what it was a year ago. Last year, it had more than $16 billion in the bank, but in 2022, it has lost more than $5 billion.

During the same time period, several EV makers had the same problems: In October 2021, Tesla was only the sixth company in U.S. history to be worth a trillion dollars. Since then, it has lost two-thirds of its value. Another competitor about the same size as Rivian, Lucid Motors, lost more than 80% of its value in 2022.

Many of the problems that each company faces are the same, like inflation and tangled supply chains that make it hard to find parts. Due to an outbreak of COVID-19, Tesla had to close its plant in Shanghai over the holidays.

Based on the volatile nature of the industry and Rivian's unique problems, the CEA report says that giving $1.5 billion in incentives to build a new factory would be a bad bet for the government. It instead calls for "reform of state and local economic development programs based on the free market."

More from: USAGAG
1
Thermodynamics, Natural Gas, and Electricity
2
Brain research indicates that quantum entanglement is essential for ...
3
The government will make you even poorer
4
Just say no to the new war that won't ...
Filed under Rivian ,  electric vehicle ,  Georgia ,  Tesla