Where in the world is Portsea?

If Ukraine wins, then what?

If Europe wants to avoid WW3, it must not cross the Rubicon

Map of Europe's 20 most populous islands holds a few surprises, unlocks a truckload of trivia 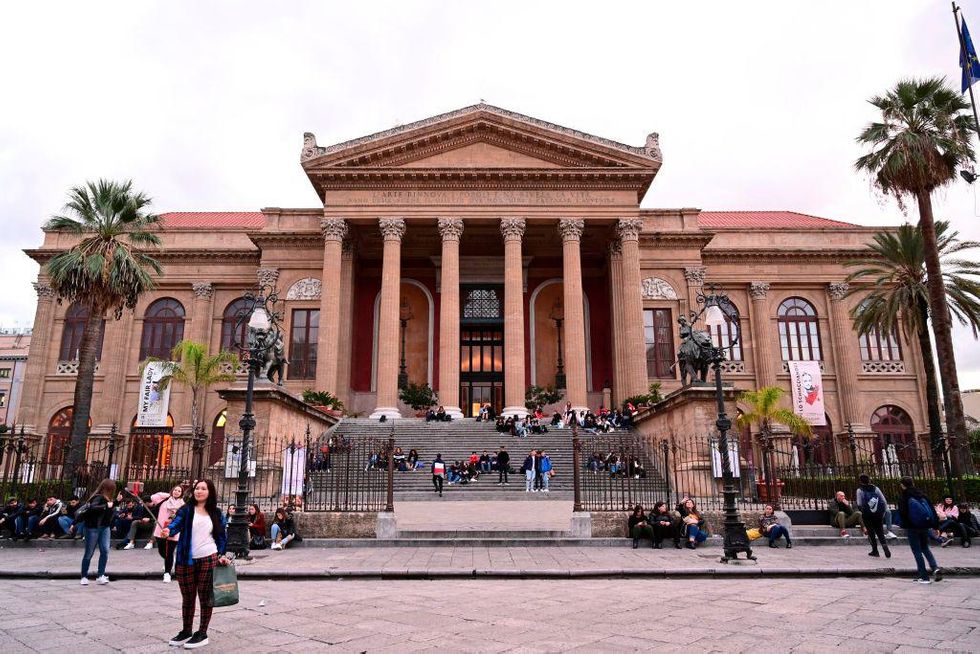 The opera house in Palermo, the capital of Sicily – Europe's third-most populous island.

Maps are rabbit holes. Where they lead depends on how you fall into them. In this case, the trap door was Portsea.

This is a map of Europe's 20 most populous islands. The largest ones are familiar, and not difficult to guess. Yes, Great Britain is Europe's most people-rich island. And many would have gotten number two right as well: Ireland.

As the ranking continues, familiar islands alternate with less familiar ones, and it's interesting to see how some smaller or more obscure ones out-populate others, larger and better known. Spanish island Mallorca has the edge Cyprus, even though the latter is an entire nation unto itself. And Vendsyssel-Thy, arguably Denmark's least familiar larger island, may be a lot smaller than Iceland but it has slightly more inhabitants.

The kicker, though, is the island at the end of the ranking. Portsea. Never heard of. Is that some kind of magical place that appears only once every century? (No, that's Brigadoon). So we looked it up. But hunting for a single piece of information is like buying a single piece of candy. It can't be done.

Here you have it, then: a truckload of trivia, on Sardinia's black-clad female assassins, a gothic cathedral that faces Mecca, and the tragic fate of Corsica's first and last-but-one king.

Not that there's much else to do during lockdown, but in the time it took us to gather all this info, we could have learned a really easy language or acquired a fairly dumb skill. Thanks a lot, Portsea! 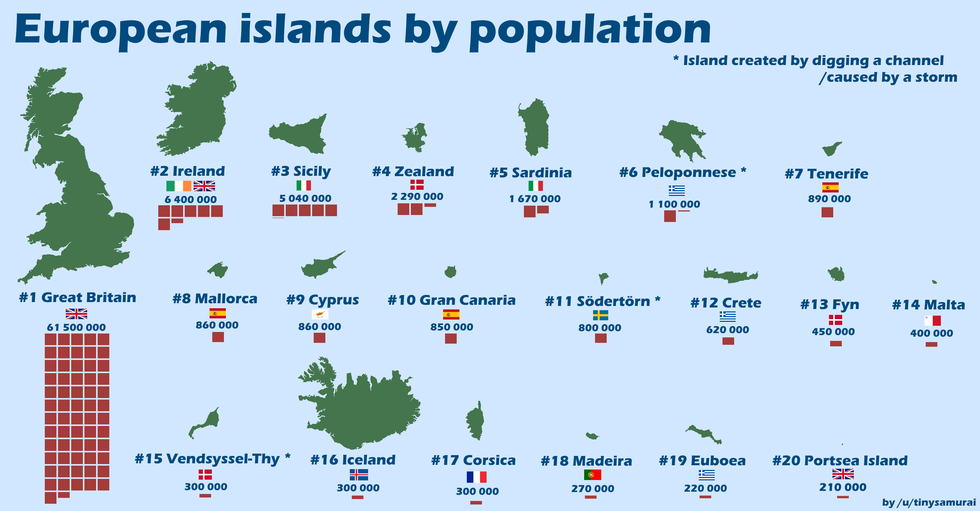 A Top 20 of Europe's most populous islands.

A canal planned by Nero 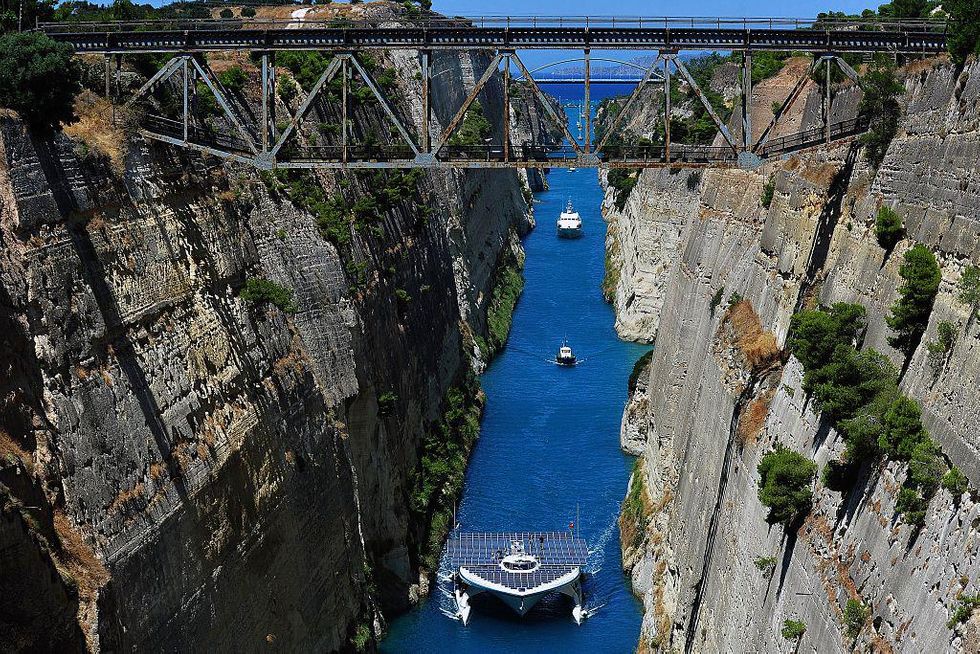 The MS Turanor PlanetSolar, the world's largest solar-powered boat, squeezes through the Corinth Canal, which turned the Peloponnese into an island.

5. Sardinia (Italy): 1.7 millionOf the three larger islands in the western Mediterranean, Sardinia somehow always gets the least attention. Quite undeservedly so, because beaches, nature, old buildings. Etcetera, of course. Here, however, are three standout facts that are truly unique about the island.

In 67 AD, the emperor Nero broke ground on a canal to connect the Ionian and Aegean seas. He wielded a pickaxe and personally carried away the first basket of soil. The mean fiddler then handed over to 6,000 Jewish prisoners of war, who managed to dig across one-tenth of the narrow Istmus of Corinth before the project was abandoned.

Only in 1893 was the Corinth Canal completed – finally separating the Peloponnese from the Greek mainland, turning the peninsula into Greece's largest island. The canal is 6.4 km (4 mi) long and just 21.4 m (70 ft) wide, making it impassable for large ships. It has little economic value and is mainly a tourist attraction. 7. Tenerife (Spain): 890,000Next time you're in Trafalgar Square in London, look up at the statue on top of Nelson's Column: it has no right arm. Next time you're in Tenerife, you can go see the cannon what did it. In the remains of the Castle of San Cristobal, now a museum, in the capital Santa Cruz, you'll find El Tigre, a 3-m-long bronze cannon cast in Seville. This the weapon that wounded Horatio Nelson during the Battle of Santa Cruz de Tenerife in 1797. Each year on July 25th, Tenerife stages a full-costume re-enactment of the battle. Each year, Nelson loses both the battle and the arm. That's why it's not called Tenerife Square!

A wedding in Cyprus 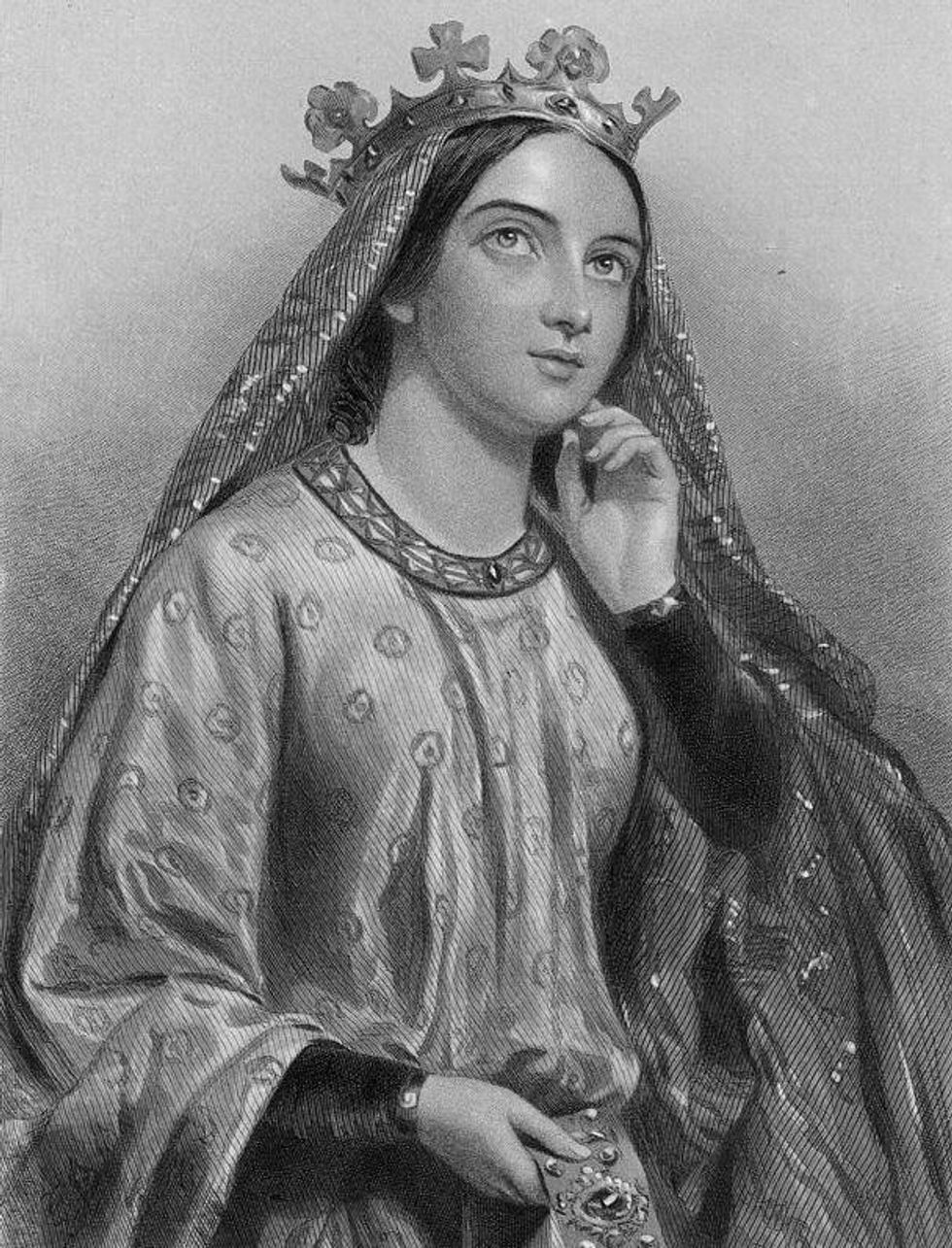 Palma de Mallorca's Gothic cathedral, known as La Seu, has one of the world's largest stained-glass windows. Famous architect Antoni Gaudí is responsible for some of the more recent restorations. The iconic building has one even more unique peculiarity. Whereas Christian churches generally face east, this one points towards Mecca. That's because it rises on the foundations of a mosque, which was built when the Moors also ruled this part of Spain.

Södertörn is a vaguely triangular peninsula south of Stockholm, separated from the mainland by canals cut at Södertälje and Hammarby. Since 2014, it has been reclassified as an island and is now considered Sweden's third-largest island, after Gotland and Öland. The northern part of the island is a heavily populated southern extension of the Swedish capital region. 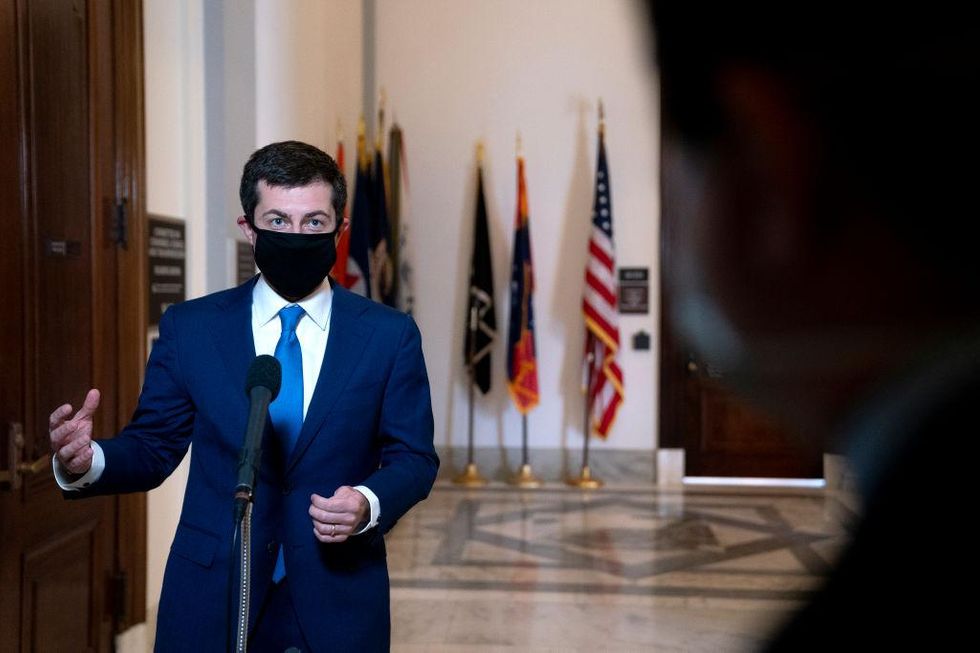 Cretans take their salads seriously. In 2010, the Guinness-attested world record for largest Greek salad ever was set in Ierapetra, Crete. The salad weighed in at 13 tons and 417 kg.

Unfortunately for Ierapetra, the record was broken in 2016, on Moscow's Red Square of all places, where no less than 1,200 volunteers prepared a Greek salad weighing 20 tons.

Fyn, in between Zealand and Jutland, is Denmark's third-largest island. In English, it's known as Funen. (The Latin name is Fionia).

Since 1997, Fyn and Zealand are linked via the Great Belt Fixed Link (Storebæltsforbindelsen), a combination of road bridge and rail tunnel and bridge. The eastern part of the bridge is formed by a 2,694 m long suspension bridge, the longest such bridge in Europe (and the third-longest in the world).

On the campaign trail last year, Pete Buttigieg joked that he was the only "left-handed Maltese-American, Episcopalian, gay, millennial war veteran in the race." A pretty impressive rainbow coalition, but not one broad enough to earn him the Democratic nomination.

Nevermind: as Joe Biden's pick for U.S. Secretary of Transportation, Buttigieg may yet remain the nation's most prominent public figure of Maltese descent. Unless Britney Spears makes a comeback, that is.

Yes, the Princess of Pop – a month and a half older than Buttigieg, by the way – also has Maltese ancestry, albeit only one-eighth, via her mother. But that's okay: the Maltese are an inclusive people, happy to celebrate anyone with as much as a drop of Maltese blood.

What's the northernmost island of Denmark proper, and the second-largest Danish island after Greenland? Quite a few Danes won't know the right answer either. It's Vendsyssel-Thy, the northernmost part of Jutland.

It doesn't feel like an island, perhaps because it consists of distinct regions (Vendsyssel, Thy and Hanherred), and its name derives from those parts rather than reflects its geographic distinctiveness (see also the Delmarva Peninsula in the U.S., the name of which derives from DELaware, MARyland and VirginiA).

Or perhaps because it hasn't been one for very long. Only after the disastrous Great Hallig Flood of February 1825 breached Agger Tange, the land link that separated the North Sea from the Limfjord, did it become entirely detached from the rest of Jutland.

The first part of the name Vendsyssel, by the way, may refer to the Germanic tribe of the Vandals.

Iceland is a country of extremes. Of, if you're into lists, 'Best Ofs'. Here's our personal Top 10. 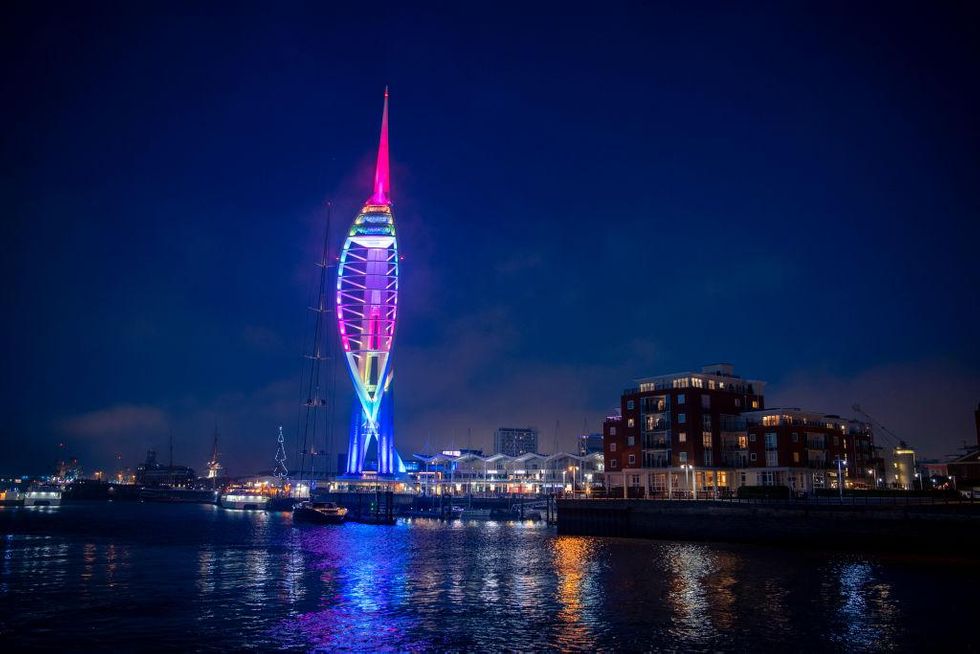 The Spinnaker Tower, the icon of Portsmouth, and by extension also the most famous landmark of Portsea.

The first king of Corsica is buried in the churchyard of St Anne's in Soho, London. Theodor von Neuhoff (1694-1756) was a German-born adventurer who helped Corsican rebels rid the island of the Genoese, but only for about eight months in 1736. The last 20 years of his life, he vainly tried to regain his throne. 'Theodor the First' was got out of debtors' prison in London, by signing over his elusive kingdom to his creditors. His epitaph, written by his friend Sir Horace Walpole, reads:

The grave, great teacher, to a level brings

Fate poured its lessons on his living head,

Bestow'd a kingdom, and denied him bread.

In 1768, Genoa sold the rebellious island to France. In 1794, the British conquered the island and established a short-lived Anglo-Corsican Kingdom, making George III the second (and last) king of Corsica. Two years later, the French were back – for good, for now.

'Euboea' means 'land of the well-fed oxen', but throughout history, it's had more aliases than that shifty-looking character on the next street corner.

In ancient times, it was known as Dolicche or Macris (because it is so narrow), and Aonia, Ellopia or Abantis (after the tribes that called it home). The Byzantines called it Chalcis (the name of its capital) or Euripios (after the strait that separates it from the mainland). Under Venetian rule, it was known as Negroponte (a folk etymology, after the 'black bridge' across the strait).

One of the most notable natives of the island is St Porphyrios (1906-91), a Greek Orthodox monk famous for his gift of clairvoyance, which he called 'spiritual television'.

Portsea is the third most populated of the British Isles, after Great Britain and Ireland. And the most densely populated one. Yet you've probably never heard of it. That's because Portsea is subsumed by the city of Portsmouth, which covers the entire island.

Portsmouth often calls itself the only island city in Britain. But that's not entirely true, as the city also covers an adjacent part of the mainland, on the southern coast of England.