A unique exoplanet without clouds or haze was found by astrophysicists from Harvard and Smithsonian.

Astronomers detected a first of its kind hot Jupiter-like planet without clouds or haze. Such planets are very rare, with only one exoplanet with a clear atmosphere previously found – that one classified as a "hot Saturn".

The "hot Jupiter" exoplanet WASP-62b is 75 light years away from Earth, coming in at about half the mass of our Jupiter. It completes a rotation around its sun in only 4.5 days (compared to 12 years for Jupiter). That closeness to the star makes the planet extremely hot.

The discovery was made by astronomers at the Center for Astrophysics | Harvard & Smithsonian. The gas giant was actually first located in 2012 using the Wide Angle Search for Planets (WASP) South survey. But the unique state of its atmosphere has only been understood now.

Munazza Alam, a graduate student from the Center for Astrophysics who led the study, was working on her thesis that involved exoplanet characterization when she zeroed in on the atmosphere of WASP-62b.

She used the Hubble Space Telescope for data and observations that were made via spectroscopy, a method of detecting chemical elements by studying electromagnetic radiation. In particular, Alam focused how WASP-62b looked as it came in front of its host star on three occasions. Observing visible light in such instances can show the existence of sodium and potassium in the atmosphere of the planet. The scientist could see no potassium but a complete fingerprint of sodium's presence. This led her team to conclude that the exoplanet's atmosphere lacked clouds or haze, which would have hidden the sodium's clear signature. 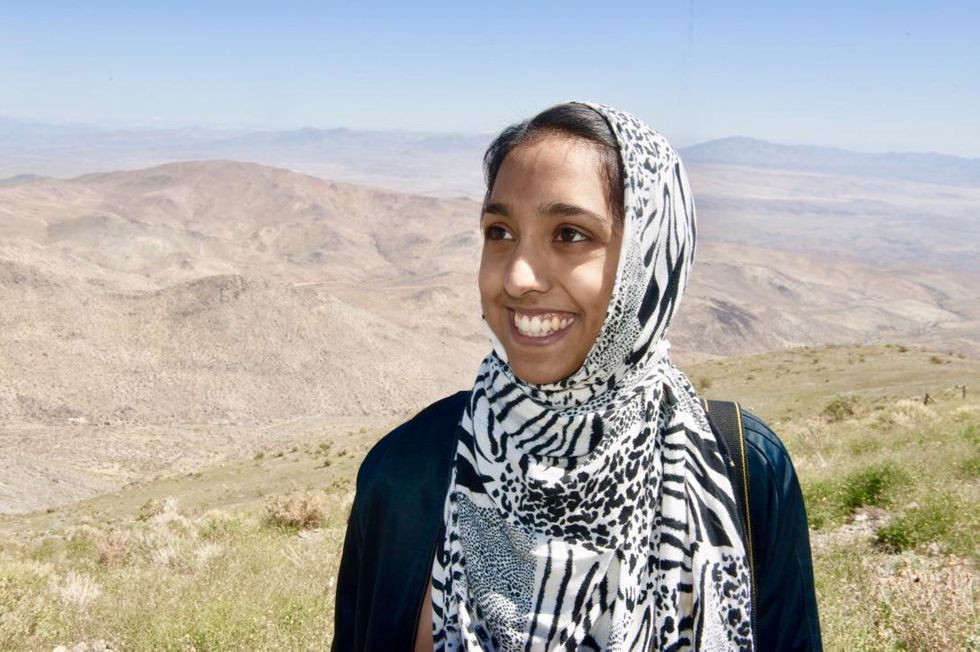 Munazza Alam – a graduate student at the Center for Astrophysics | Harvard & Smithsonian.

"I'll admit that at first I wasn't too excited about this planet," Alam said in a press release. "But once I started to take a look at the data, I got excited." Seeing the sodium was "the smoking gun evidence that we are seeing a clear atmosphere," she added.

Finding such a planet is very unlikely since astronomers estimate under 7% of exoplanets have clear atmospheres. Studying them can help us understand why they were formed in a way that is different from most planets, according to Alam. Without clouds and haze getting in the way, it is also easier to study the chemical makeup of such a planet.

Jupiter itself has a complex and chaotic cloud structure, formed at different altitudes:

The astronomers plan to study WASP-62b further upon the launch of the next-generation James Web Space Telescope later in 2021.

Check out the new study published in The Astrophysical Journal Letters.