His sobriety was a phallacy.

The boxing legend, 54, explained on his “Hotboxin’ ” podcast this week how he faked his way through drug tests — and his strategy is a pissah.

“It was awesome, man,” Tyson said of using a prosthetic penis equipped with a pee bag to pass urine assessments. “I put my baby’s urine in it.”

Tyson chose to fill his device — called a Whizzinator — with his child’s urine instead of his wife’s for fear hers would show up pregnant, he told UFC vice president of athletic health and performance Jeff Novitzky.

“One time I was using my wife’s [urine], and my wife was like, ‘Baby, you better not hope that it comes back pregnant or something.’ And I said, ‘Nah, so we ain’t gonna use you any more, we’re gonna use the kid,'” he said. “I got scared that the piss might come back pregnant.”

Other athletes have not been so smart.

“A male provided a urine sample, and it came back and they said ‘Sir, you’re pregnant. Either you’re pregnant or this is somebody else’s urine!’ ” added Novitzky of one such unrelieved wazz-ock.

“That’s what I was afraid of,” said Tyson, who has been open over the years about his drug use.

The urine tests Tyson was being subjected to required not only a sample but that he perform the deed in front of a tester — meaning he needed to make sure his Whizzinator was a convincing body double for his actual member.

“Did you have the right color Whizzinator?” asked Novitzky. “Cause it was that NFL guy — black dude that had a white one.”

“Yeah, hell yeah, I had a brown one,” responded Tyson of his sham-schmuck. Not that it mattered in one instance when one particular tester tried not to look. “This guy was so f - - king macho he was scared, I whapped it out, and he was like [turning his head], ‘Hey man, take the f - - king cup. You know, this macho guy, he didn’t wanna look at me and s - - t.” 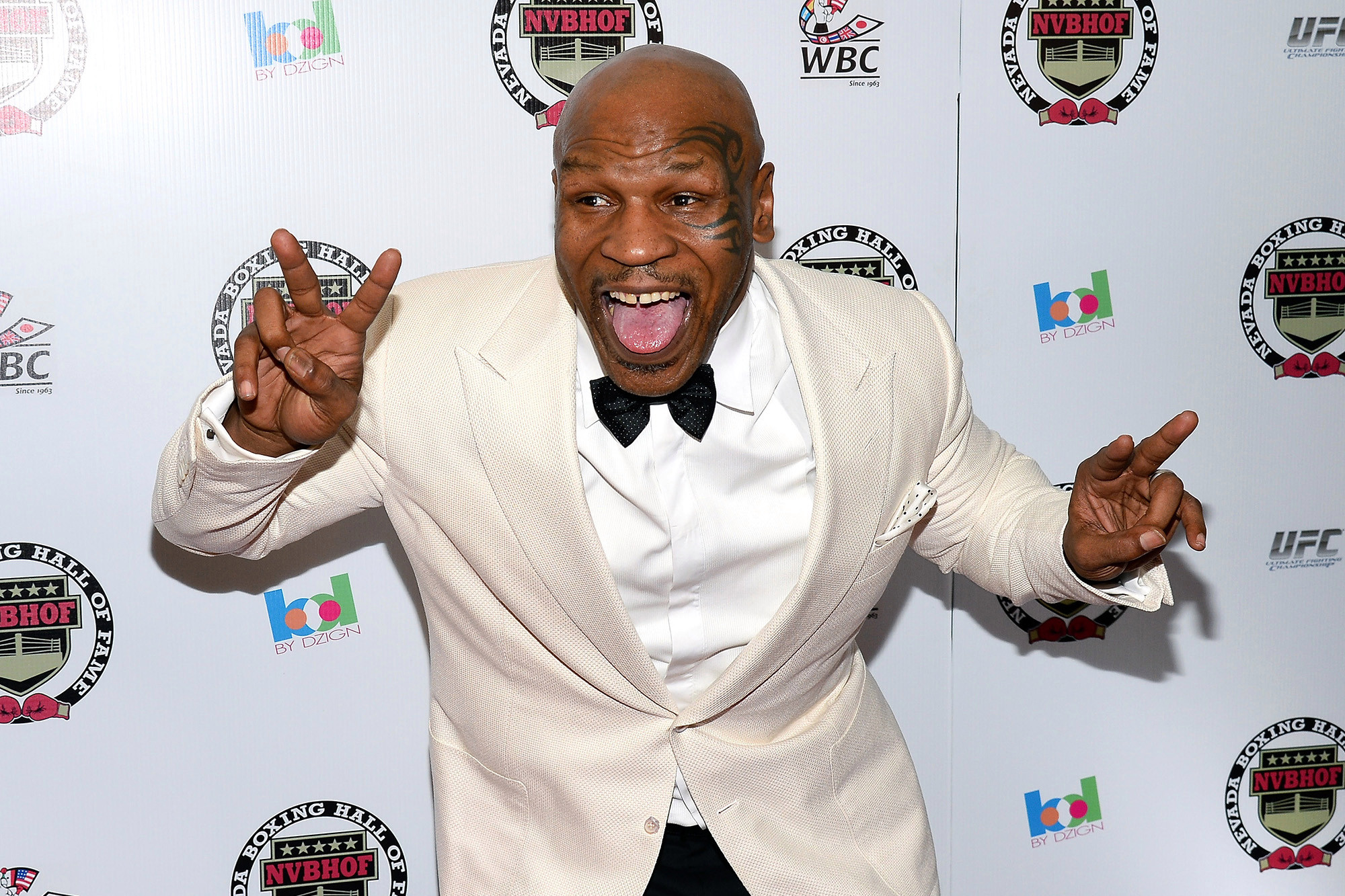 Former boxer and inductee Mike Tyson arrives at the Nevada Boxing Hall of Fame inaugural induction gala at the Monte Carlo Resort and Casino on Aug. 10, 2013, in Las Vegas, Nevada. 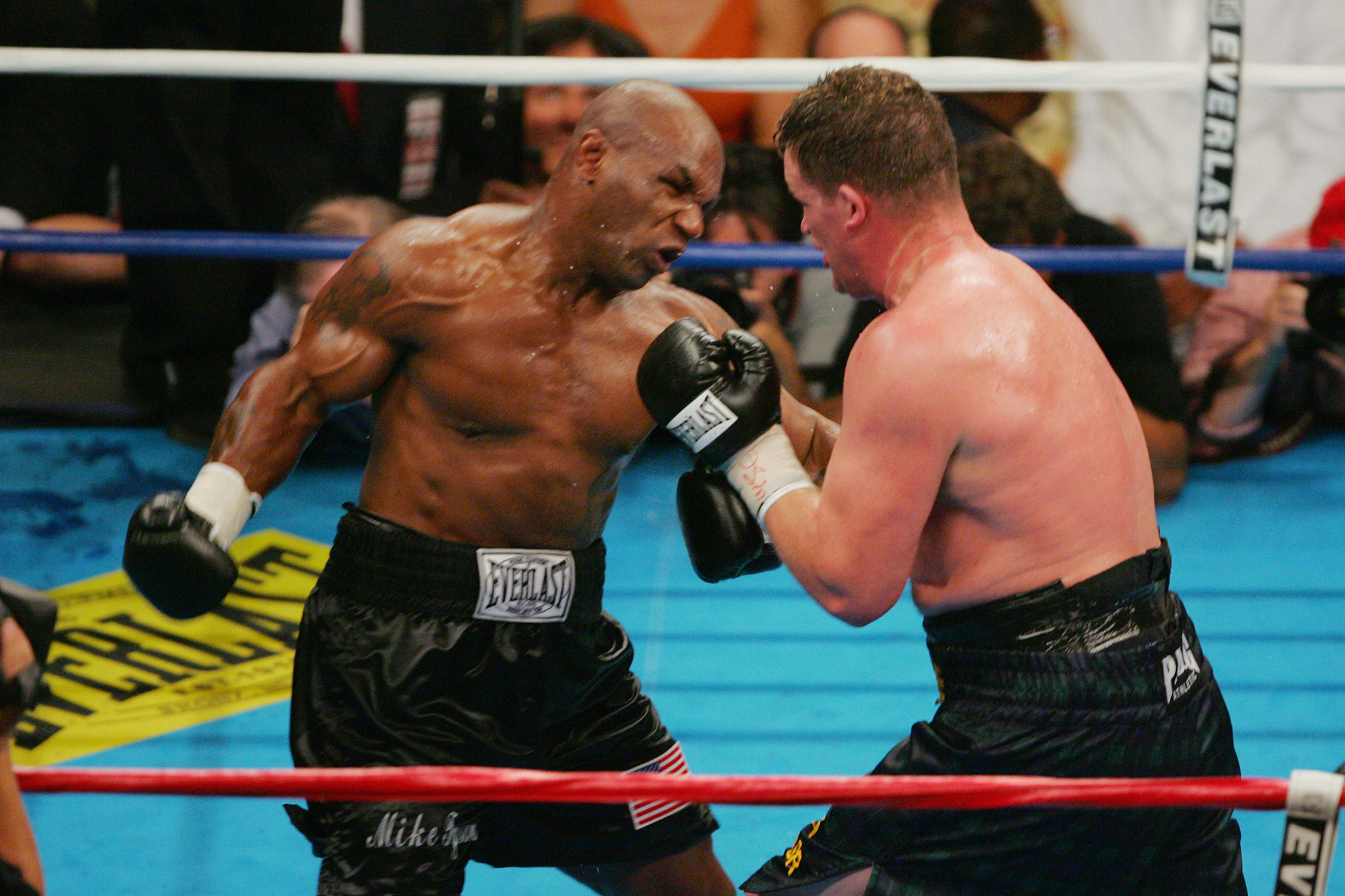 Mike Tyson throws a punch at Kevin McBride during their heavyweight bout on June 11, 2005, at the MCI Center in Washington, DC. 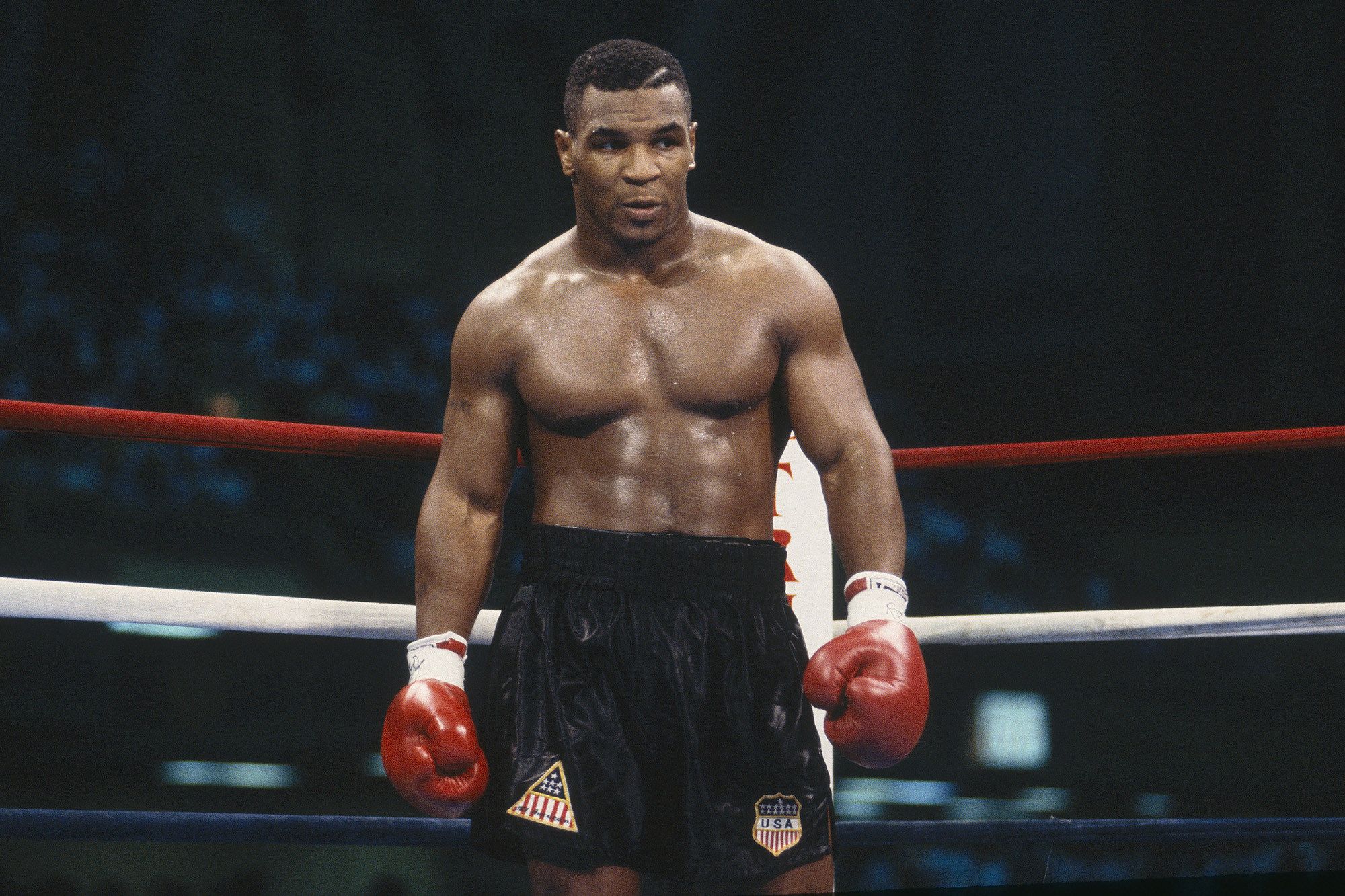 Mike Tyson stands in the ring during the fight with Carl Williams at the Convention Center on July 21, 1989, in Atlantic City, New Jersey.

Focus on Sport via Getty Images

Mike Tyson poses with his white tiger during an interview at his home, circa 1989.

The Ring Magazine via Getty Imag 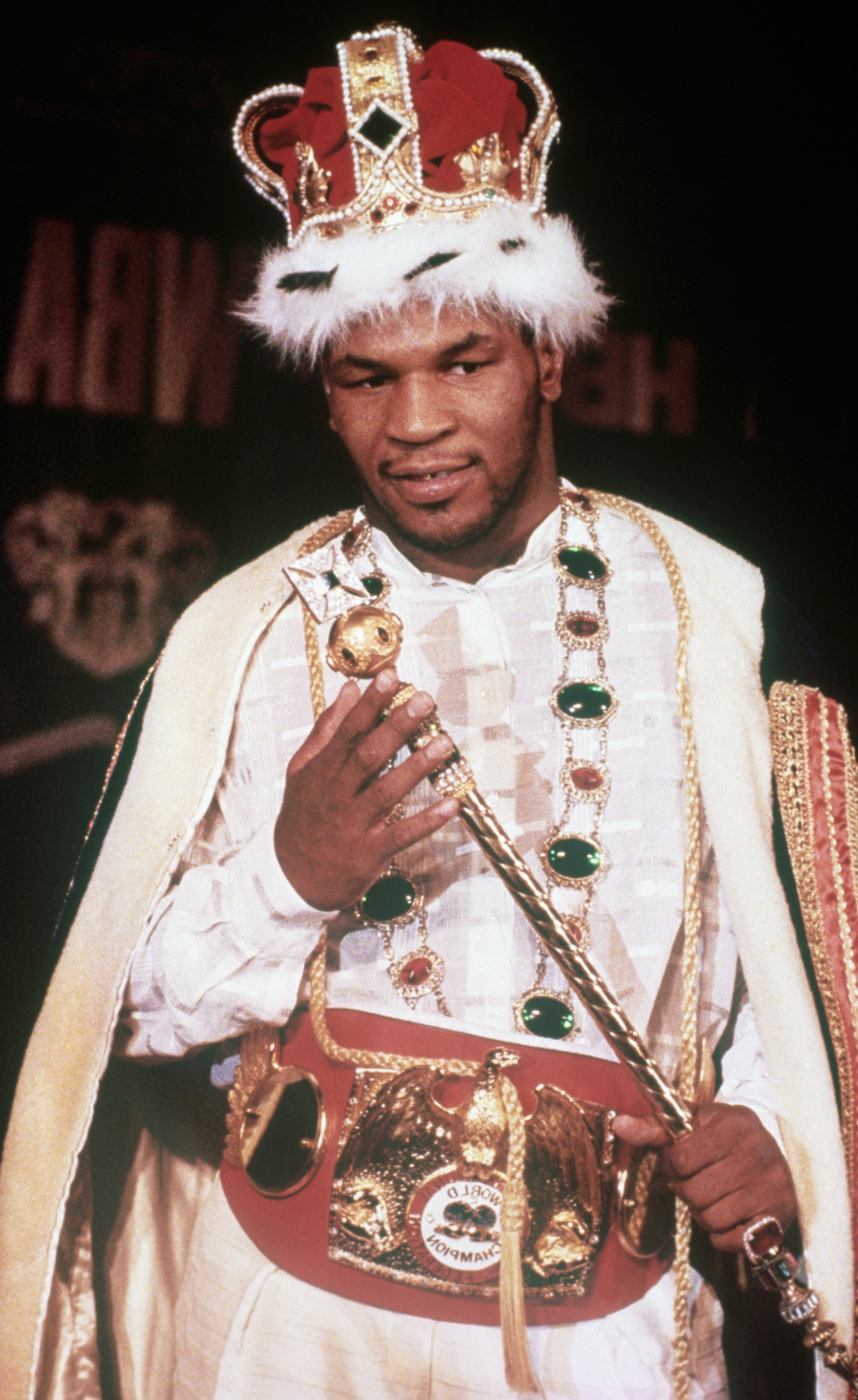 Mike Tyson holding a scepter in 1987.

Most Popular This Week
1
Olivia Rodrigo’s Schoolgirl Outfit Is Giving Us Major Britney ...
2
Ronnie’s Proposal Was ‘Complete Surprise’ for Saffire, ‘Jersey Shore’ ...
3
Britney Spears’ Dad Jamie Is Living in an RV ...
4
11 Prime Day Deals That Will End Up Saving ...
5
Chris Brown Is Under Investigation for Allegedly Hitting a ...
6
Prime Day Fitness Deals: Booty Bands, Weight Loss Supplements ...
7
'Mare of Easttown' Creator Reveals What’s Preventing a Second ...
8
Below Deck's Dani Seemingly Reacts to Jean-Luc's Paternity Claims
9
Everything Vin Diesel and Dwayne Johnson Have Said About ...
10
We’re Stocking Up on These No 1. Bestselling Velvet ...