Ancient Mayans have been a continuing source of inspiration for their monuments, knowledge, and mysterious demise. Now a new study discovers some of the drugs they used. For the first time, scientists found remnants of a non-tobacco plant in Mayan drug containers. They believe their analysis methods can allow them exciting new ways of investigating the different types of psychoactive and non-psychoactive plants used by the Maya and other pre-Colombian societies.

The research was carried out by a team from Washington State University, led by anthropology postdoc Mario Zimmermann. They spotted residue of the Mexican marigold (Tagetes lucida) in 14 tiny ceramic vessels that were buried over a 1,000 years ago on Mexico's Yucatan peninsula. The containers also exhibited chemical traces of two types of tobacco: Nicotiana tabacum and N. rustica. Scientists think the marigold was mixed in with the tobacco to make the experience more pleasant.

"While it has been established that tobacco was commonly used throughout the Americas before and after contact, evidence of other plants used for medicinal or religious purposes has remained largely unexplored," said Zimmermann. "The analysis methods developed in collaboration between the Department of Anthropology and the Institute of Biological Chemistry give us the ability to investigate drug use in the ancient world like never before."

The scientists used a new method based on metabolomics that is able to pinpoint thousands of plant compounds, or metabolites, in residue of archaeological artifacts like containers and pipes. This allows the researchers to figure out which specific plants were utilized. The way plant residue was identified before employed looking for specific biomarkers from nicotine, caffeine, and other such substances. That approach would not be able to spot what else was consumed outside of what biomarker was found. The new way gives much more information, showing the researchers a fuller picture of what the ancient people ingested. 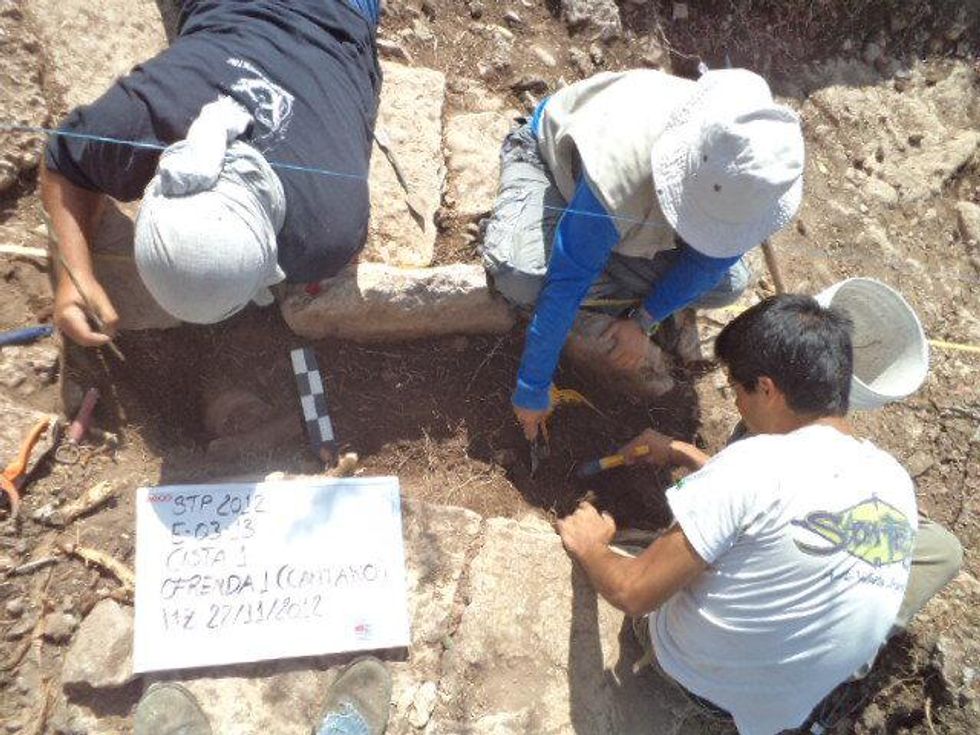 The containers in the study were found by Zimmerman and a team of archaeologists in 2012.

"When you find something really interesting like an intact container it gives you a sense of joy," shared Zimmermann. "Normally, you are lucky if you find a jade bead. There are literally tons of pottery sherds but complete vessels are scarce and offer a lot of interesting research potential."

The researchers are negotiating with various Mexican institutions to be able to study more ancient containers for plant residues. They also aim to look at organic materials possibly preserved in the dental plaque of ancient remains.

Check out the study published in Scientific Reports.