We interrupt the Serby Says NFL Midseason Awards to applaud all the infection-control teams and anyone and everyone who have made this pandemic NFL season necessary (thanks, Yogi). “Resilience and

We interrupt the Serby Says NFL Midseason Awards to applaud all the infection-control teams and anyone and everyone who have made this pandemic NFL season necessary (thanks, Yogi).

Few fans, if any. The unrelenting virus everywhere they turn. Orwellian protocols. The added stress of keeping their families safe.

“These players and coaches deserve a lot of respect for what they’re trying to do under circumstances that are not easy,” Riddick said.

Coach of the year

“When you look at the three pillars of leadership that I put a lot of stock into as far as being credible — which is synonymous with being trustworthy and competent … being good at your job and positively impacting other people, whether it be on the field or on your coaching staff and the building … it sounds like Brian’s got all of those things nailed to a tee,” Riddick said. “He’s just someone who’s kind of hitting on all cylinders right now.”

3. Sean McDermott (Bills): Josh Allen has struggled lately, but the culture and the defense will help capture the division.

“He’s always been wired the right way,” Riddick said of Wilson. “Russ is just one of those intrinsically motivated people who has just continued to ascend. The game is legislated the right way now, middle of the field is wide open, defenders have never had it tougher. … It’s just geared towards guys like Russell going crazy as far as passing numbers. And the very best are now gonna start putting up ‘Star Wars’ type numbers, man.”

2. Patrick Mahomes (QB, Chiefs): There aren’t any superlatives left (21 TDs, one INT). Makes the game look so easy. Teammates love playing with him. Unfair that he gets to be coached by Andy Reid and Eric Bienemy. Why didn’t the Jets or Giants draft him again?

Patrick Mahomes (QB, Chiefs): The $45 million man might be underpaid.

1. Aaron Donald (DT, Rams): If hindsight is 20-20, the Giants would undoubtedly love to have the Odell Beckham Jr. selection back. Can’t blame that one on Dave Gettleman, it was Jerry Reese. This guy (nine sacks, three forced fumbles, 26 tackles, 60 minutes of hell, or however long he’s on the field) is the defensive version of Wilson — just 6-foot-1, arms too short to box with God. Maybe not.

“There’s nobody like Aaron,” Riddick said. “There’s nothing he can’t do, he has every move that there is, every single move.”

1. Joe Burrow (QB, Bengals): It’s scary how good the first-overall pick of the 2020 draft will be with more experience. Has 11 TDs, five INTs and a 67.0 completion percentage.

“He doesn’t know what he doesn’t know in terms of how those hits can after a while start to affect how he plays the position,” Riddick said. “But right now, with his youthful exuberance and toughness, is just allowing him to continue to fire away and make plays both in the passing game and with his feet under duress in a way that most young quarterbacks don’t respond to. … Hell, a lot of veteran quarterbacks don’t. I think it’s courage that is standing out above all else with him, and that’s not to take anything away from his talent. When everything is right, we know that he’s a beautiful passer.”

2. Justin Herbert (QB, Chargers): Poor Tyrod Taylor got Wally Pipped by a pregame injection. Herbert had 15 TDs, five INTs and a 67.4 completion percentage. Wasn’t he supposed to be too introverted? Ha!

“I think that goes to show you that don’t judge a book by its cover,” Riddick said. “His statistics under pressure are just ridiculous. And his accuracy down the field has just been nuts.”

3. James Robinson (RB, Jaguars): A nod to the underdog, the undrafted free agent (107-481, two TDs rushing; 27-225, two TDs receiving) who doesn’t have the quarterback and weapons around him that Chiefs first-round pick RB Clyde Edwards-Helaire does.

“He plays like a six-, seven-year veteran,” Riddick said.

3. Chase Young (DE, Washington): His 2.5 sacks came in the first two games — five TFLs, 19 tackles, one forced fumble over six games total — and his mother has implored him for more.

1. Alex Smith (QB, Washington): Returning to take a snap for the first time since 2018 following 17 surgeries following a gruesome life-threatening leg injury and sepsis is impossible to beat. As inspirational as you can get.

“It just like transcends football,” Riddick said. “It’s incredible that he’s walking like he is and being able to move like he does, let alone play a game.” 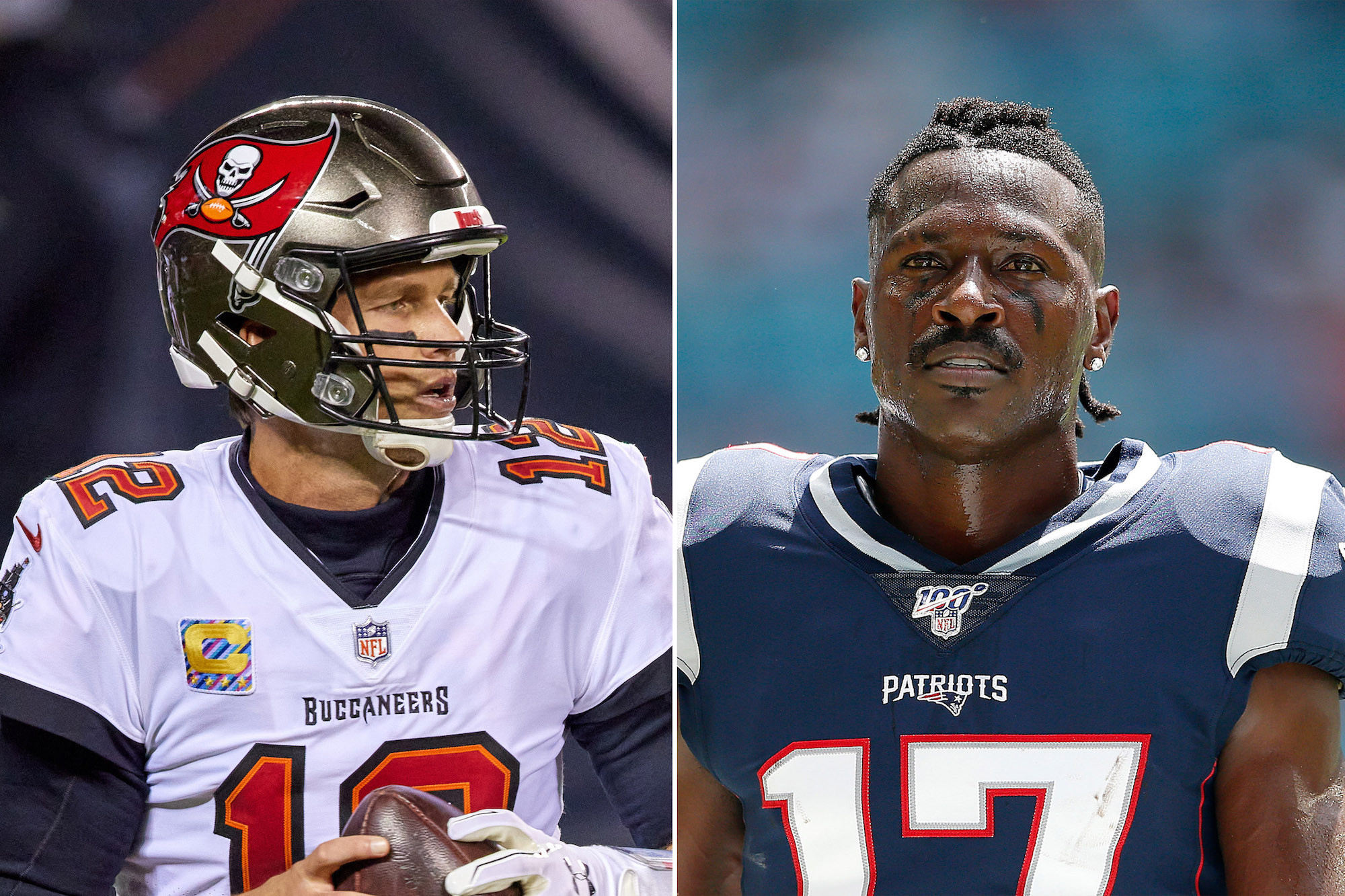 Why Tom Brady is going to extremes to help Antonio Brown

1. Tom Brady (QB, Buccaneers): Best completion percentage (66.2) since 2017, 20 TDs and four INTs. Gisele can’t possibly like Antonio Brown living with them, can she?

“He made himself into who he is,” Riddick said. “Most people couldn’t do what he’s doing, because they don’t have that kind of commitment. He’s different, man.”

2. Teddy Bridgewater (QB, Panthers): A career-best 71.6 completion percentage with nine TDs and six INTs for one of the NFL’s most likeable players. It helps having Joe Brady as offensive coordinator.

“That’s exactly what Kyler Murray needed, and exactly what Kliff Kingsbury wanted schematically in order to help Kyler,” Riddick said of Hopkins. “He’s an automatic reception every time you throw it anywhere near him.”

“Master evaluator. He gets it,” Riddick said, “and gets the big picture.”

2. Chris Ballard (Colts): The trade of the 13th pick to the 49ers for DT DeForest Buckner has made life easier for LB Darius Leonard, and he’s just 26. And Philip Rivers isn’t washed up. High priority on character.

3. Eric DeCosta (Ravens): Drafted Queen with the 28th pick and acquired DE Calais Campbell for a fifth-round pick and DE Yannick Ngakoue for a 2021 third-rounder and conditional 2022 fifth-rounder.

“I think it’s just Carson is trying to be more than he needs to be because he sees everything, everything around him is kind of crumbling around him, so he thinks he needs to exponentially increase the amount of things he has to do,” Riddick said.

Trevor Lawrence: Worth tanking for.

“It just looks like he’s can’t-miss so to speak,” Riddick said, “but I wouldn’t count out Justin Fields, because I hear a lot of the same things about him.” 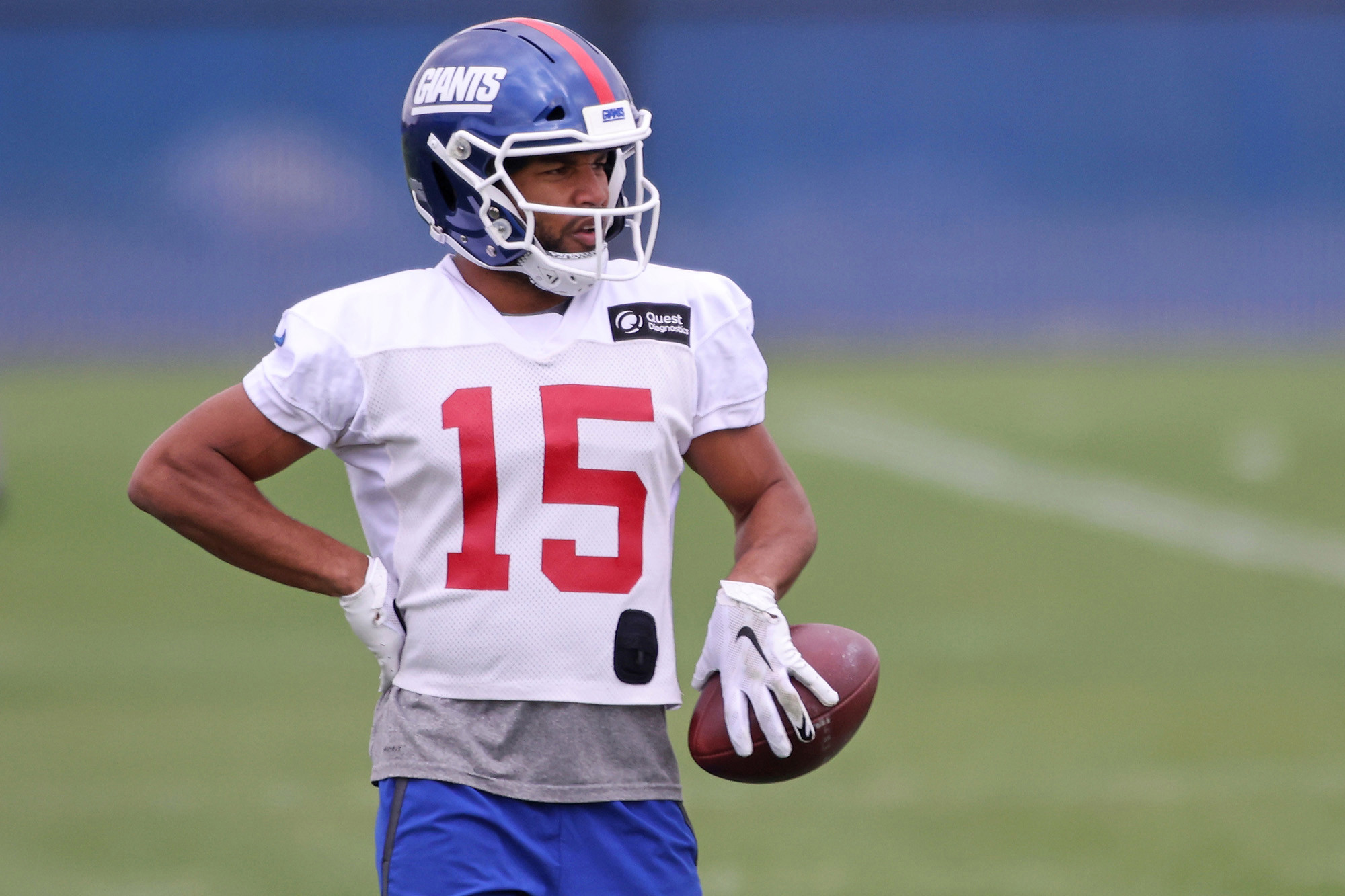 Joe Judge is not having any of Golden Tate’s selfishness....