The Fed only has two tasks, and one of them isn't dealing with climate policy

An Interview with David Bahnsen on Economics, Finance, Populism, and the Federal Reserve

Banks used to pay interest to other banks in the 'federal funds' market if they required additional reserves to support greater lending before they were awash with reserves (due to reserve requirements).

Since 2008 and massive “quantitative easing” (buying federal debt with new reserves), reserve requirements stopped limiting commercial bank credit. Instead, the Federal Reserve paid an interest rate on reserve balances (IROB), which acts as a floor for the fed funds rate.

The FOMC's prediction (rather than plan) that the fed funds rate would be 4–8 basis points higher than it was in September was widely regarded as a signal that the Fed would "tighten" monetary policy. However, this is contingent on some specific but unarticulated theory and facts about how monetary policy operates. If high inflation causes high interest rates, as Irving Fisher famously taught, it does not make much sense to expect high interest rates to cure inflation (which would lower nominal interest rates if it worked). The notion that a higher interest rates on reserves is per se evidence of “tightening” also depends on some theory and facts about whether the Fed leads or follows worldwide swings in inflation or interest rates.

From 1980 through 1990, the federal funds rate averaged 9.8% each year. Was this because the Fed pursued a "tight" monetary policy in order to avoid inflation? Not if we assess policies based on their outcomes.

From 2002 through 2019, the fed funds rate averaged less than 1.4 percent. Was it because the Fed was trying to generate inflation with a "easy" policy? If that's the case, it's a failure.

Japan has long had interest rates of zero or less, but inflation in consumer prices (unlike imported commodities) remains extremely low. Irving Fisher could explain that, but it defies defining high short‐​term rates as a weapon against inflation.

The updated FOMC forecasts lifted anticipated PCE inflation for next year to 2.6 percent, up from 2.2 percent in September and the CBO's estimate of 2.1 percent in July.

The 10 year bond yield was about 1.4–1.5 percent after news of the Fed's slightly higher forecast interest rates to be paid on bank reserves, thus trying to drive the IROB higher than that may invert the yield curve sufficiently to trigger a recession (which eventually pulls bank rates back down).

It's seldom a good idea to believe that a central bank's central planners can anticipate the future better than you can, or that they truly understand what they're doing and why they're doing it. 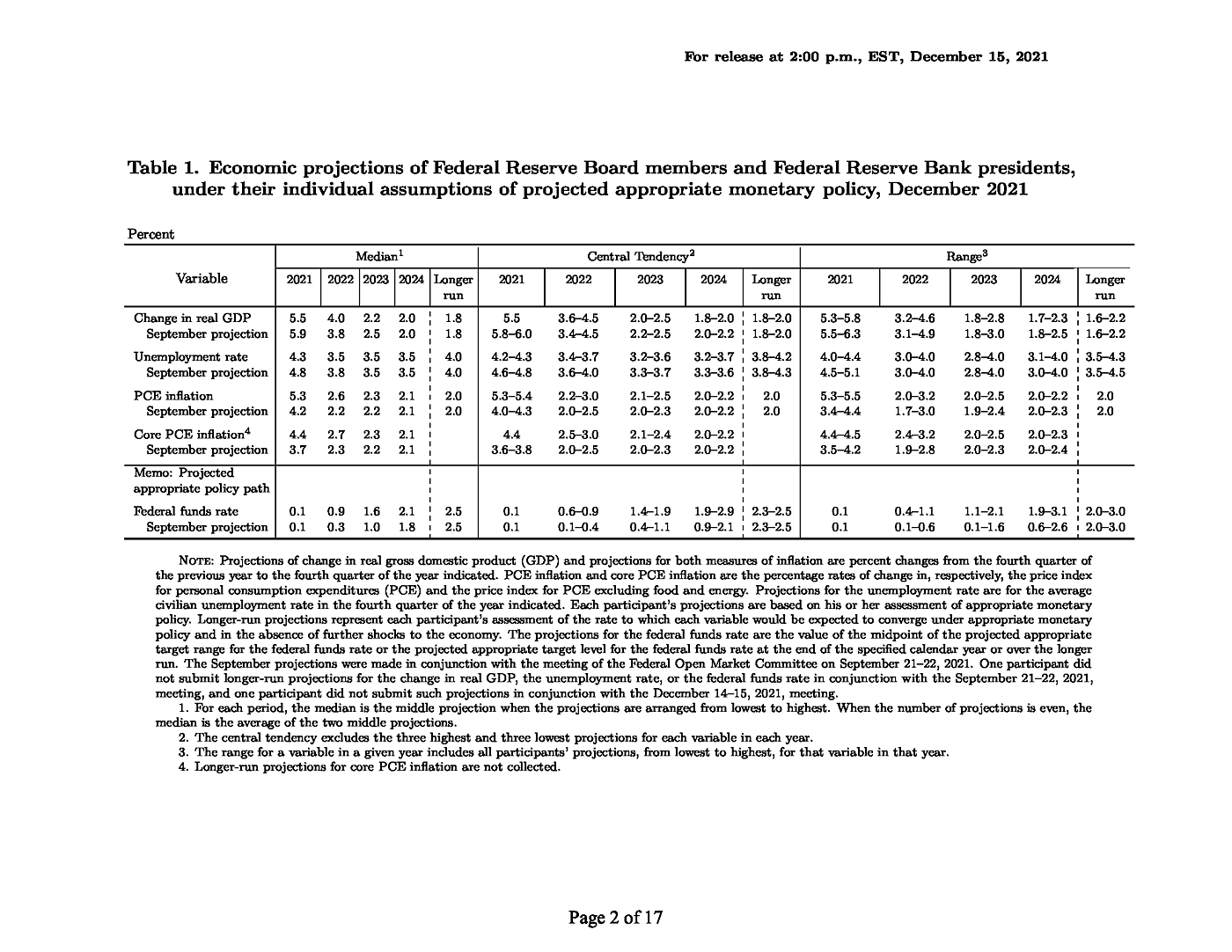 More from: USAGAG
1
Here's who bought a Florida home for a record-breaking ...
2
A nurse makes $13,000 a month by taking pictures ...
3
Elvis Presley's manager had a murky past and was ...
4
Why global leaders such as Putin are anxious about ...
Filed under David Bahnsen ,  Economics ,  Finance ,  Populism ,  Federal Reserve ,  Fed Funds Rate Projections