The launch of the first ETFs backed by Bitcoin Futures on the New York Stock Exchange last week was a watershed moment for the cryptocurrency industry.

ProShares' first Bitcoin ETF in the United States amassed more than $1 billion in assets under management within 48 hours of its listing. As a result, it was the most successful ETF launch of all time. Understanding and retaining investor interest is the top priority for these funds, with more ETFs set to be released and even more awaiting approval.

The success of ProShares has revealed the enormous demand for institutional cryptocurrency products, but where is it coming from? According to Bitwise CIO Matt Hougan, financial advisors are the key demographic investing in these ETFs because they manage money for the nation's wealthiest individuals and control the majority of the country's private capital. In a recent interview, Hougan stated that investing in funds is "easy" for managers because they follow the same process as traditional stocks and ETFs.

Drawing an analogy with his company’s own Bitcoin fund, he stated,

“Bitwise has a private fund. It’s available to accredited investors. It’s a great product. It costs 95 basis points. The assets are stored at fidelity. You can buy and sell it at NAB. It basically does exactly what you would expect. By almost any academic perspective, it’s better than a futures-based ETF.”

However, allocating or relocating funds for a hundred different clients would bury the asset manager in paperwork, making an ETF a much better option for them, according to Hougan, he added,

“Even though you, as an individual may be better served buying it directly, these people are busy. Bitcoin’s maybe 2% of their portfolio. They’re just never gonna do it, but they will do it if there’s an ETF. So ease of use is like the most boring thing you can say about a product, but it’s actually really important, particularly for these financial advisors.”

Following the application for a Bitcoin futures-backed ETF last month, Bitwise, the world's largest crypto index fund manager, filed for a physically-backed Bitcoin ETF last month. While both are awaiting SEC approval, Hougan believes the ProShares ETF will be “will probably be the biggest for a long time.” 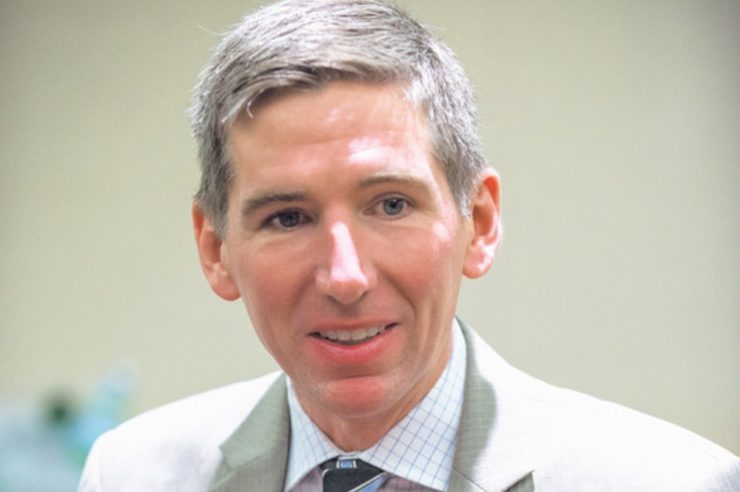 “The first to market is the kingmaker. First to market ETFs get most of the assets. And while I’d love to say Bitwise will sweep in and win all the assets on futures-based ETFs, I don’t think that’s true.”

Several ETF experts have recently made this argument, especially since later-released ETFs have performed poorly in comparison. Hougan also stated that this will lead to price competition, which is already occurring as recent ETF filings reveal a significant management fee reduction from what Proshares' BITO charges.

According to Hougan, Bitwise's goal in this scenario is to focus on relationship management rather than pricing. He added,

“We compete on relationships. So when you buy a product from Bitwise, you have a relationship with our research team. We’re selling a research-based relationship behind what is gonna be a fairly commoditized product.”

More from: Navi
1
As Bitcoin demand falls, institutions turn to DeFi with ...
2
Solana's 'new Cardano' status and what the most recent ...
3
Paytm in India may have Bitcoin intentions, but there's ...
4
As mining continues to thrive in Texas, these two ...
Filed under bitwise ,  etf ,  Matt Hougan