The girI’s addicted to orgasms, her record is 18 & I’ve even passed out

While many women feel pressure to fake it in the bedroom, Amy Mathews has too many orgasms – and climaxes at the most awkward moments.

Amy, 23, has had orgasms on public transport, in college and even during lunch with her parents. Now, she says, she is addicted to them.

Her record for an individual sexual encounter is an incredible 18 orgasms. But the single dance teacher, from Oxford, says reaching her peak so often has its downsides.

Amy says: “I orgasm very easily and multiple times. If I’m on my own on a train and see someone I fancy, I’ll start to orgasm then and there. If I’m in bed with someone, I can pass out from having so many that are just too intense.

“On other occasions my abs hurt from the constant contractions in my tummy and pelvic area.

FIRST SEXUAL ENCOUNTER ‘A BIT OF A NON-EVENT’

“Sometimes I feel bad for the other person when I’m having so many and he gets just the one.”

But her sex life evolved when she started a seven-month relationship at the age of 18. She says: “With this guy I learned to properly orgasm. They occurred via vaginal penetration and stimulating my clitoral area.

“When we had sex, I was having a minimum of five.”

After they split, Amy was left able to orgasm any time in any place — even without sex or physical stimulation.

Amy says: “I took medication but it made me tired.

“But if I had sex or orgasmed with a sex toy or by myself, I’d perk up again.

“I don’t take meds (for the pain) now. I prefer to orgasm instead.” She also found orgasms helped combat anxiety and this was how she became addicted to the sexual buzz, around age 18.

I feel bad for the other person...I’m having so many, he’s having one

Amy says: “I’d been diagnosed with polycystic ovary syndrome and one of my dance college teachers told me I was too fat.

“There was a lot of drama going on in my life and I started to suffer anxiety.

“Each time I had a panic attack, I found having an orgasm could help calm me down. The feeling of release was addictive and that’s when I started orgasming more regularly.

“One time, I had stormed out of a classroom, I sat down in the corridor and had one.

“While I don’t think I made any noise or blushed, God knows what other students must have thought seeing me sitting there. But it definitely made me less stressed.”

There is some science behind Amy’s claim. During orgasm, the body releases oxytocin into the bloodstream, which can reduce stress and inflammation.

Amy was referred for sex addiction therapy by a college counsellor. She says: “The person I saw said as long as I feel good after the act, whether on my own or with someone else, then it’s OK.

“If I had a panic attack, the orgasm relief was better if I’d had physical sex — but I could feel emotionally worse afterwards. At one stage I was having lots of sexual partners.

“I wouldn’t say the number of guys I have slept with was into three figures but it isn’t far off.”

Amy regularly climaxes nine times during sex but her record is 18 times. She says: “With my third boyfriend, when I was 21, I had the best sex.

“The most memorable time was when I had a full-body climax. I couldn’t breathe. It lasted for ages.

“It was like being on a rollercoaster when the ride keeps going up. You want it to be over because you can’t take it any more.

Amy can control her desire to orgasm when she is at work but it is the first thing she does when she gets home. It sometimes happens at unwelcome times — such as during lunch with her parents.

She says: “It can be awkward when I have one around my family. My Mum knows and is very supportive, taking the view that I’m lucky, whereas Dad has no idea.”

Today Amy relishes her single status and is happy to hook up with guys for sex.

However, she worries men feel under pressure to perform.

She says: “I’ve only had three serious boyfriends and the one with the mind-blowing sex finished two years ago.

Orgasms near Dad can be a bit awkward

“Since then I haven’t wanted a boyfriend. I’ve got a high sex drive and I prefer to see guys casually.

“I only sleep with them on two or three occasions.

“I don’t want a boyfriend. I just need to orgasm regularly.

“There are times I feel bad if I don’t orgasm.

“When guys know about my ability to orgasm easily and it doesn’t happen or I don’t go into double figures, they worry there is something wrong with their performance.”

The longest Amy has gone without orgasming is a couple of days but she says she can easily get into the zone to make herself climax.

She says: “I’ll spot someone cute and my brain will say, ‘Let’s go!’

“Once, when I was out for lunch with friends, someone asked me why I was so quiet.

“One friend there texted me asking me if I was orgasming. I replied, ‘I can’t stop it’.

“I’ve even googled, ‘Is it normal to be able to orgasm without any contact?’ to see if it’s just me — and it isn’t. It does happen.”

While there is a rare condition called persistent genital arousal disorder, Amy does not believe she has it.

She says: “My theory is that I have a higher sex drive from all the extra testosterone in my body as a result of having polycystic ovary syndrome.

“At first I found it hard to talk about but not any more. Men do get scared when I explain how often I can orgasm.

“Nowadays, when I have sex, I’ll climax a minimum of nine times. I have missed sex during lockdown.

“I have broken it a couple of times to see a friend because I’ve never gone longer than six weeks without sex.

“I don’t miss the intimacy but I do miss the sex.” 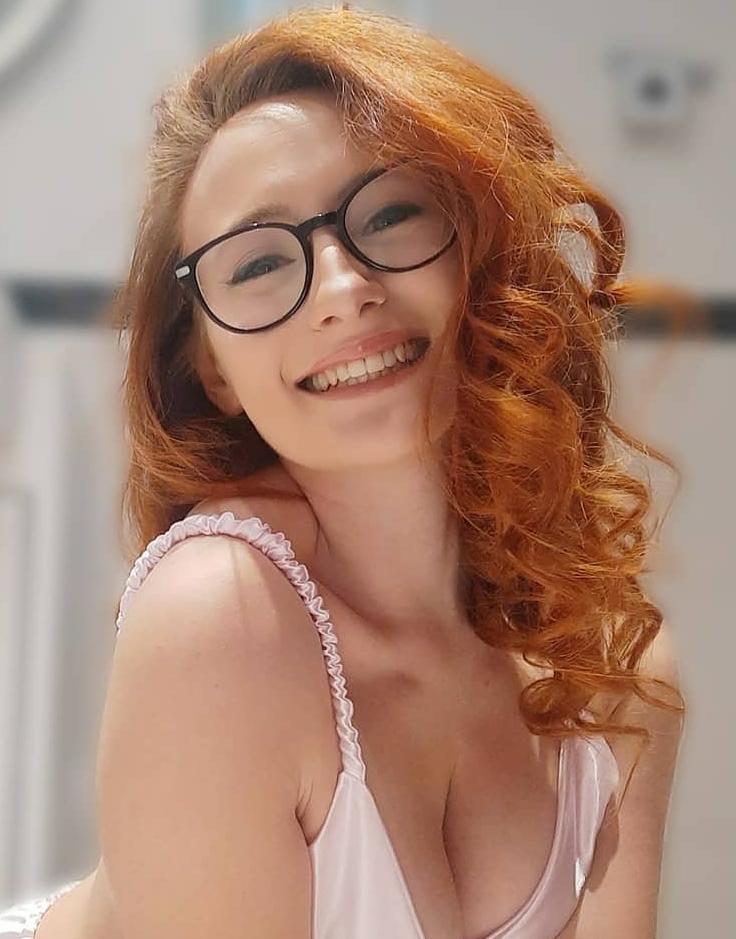 It starts in the brain

APPARENTLY, it is possible to have 18 orgasms in one sexual encounter, writes Dr Deborah Lee, from Dr Fox Online Pharmacy (doctorfox.co.uk).

A 2017 survey of women showed that two per cent had orgasmed 20 times in a row.

Remember that orgasms happen in the brain, so what is going on in your head is just as important as what is happening in the genital area, if not more so. The pleasure of an orgasm can provide a natural release from anxiety symptoms.

Polycystic ovary syndrome is very common and the majority of sufferers do not have this extreme ability to orgasm like Amy.

I can’t say for sure whether her high testosterone explains why Amy can orgasm so easily. But it is likely to be helpful, as testosterone is the key hormone associated with sexual function. Amy describes her orgasms as the result of her thoughts and of visual stimuli.

She does not report isolated episodes of unprovoked sexual arousal, so it seems unlikely she has persistent genital arousal disorder.

If you can use your innate ability to orgasm to cope with physical illness, such as Ehlers-Danlos syndrome, this must be a good thing.

After all, Amy is climaxing from the thought of having sex with a new partner, not from actually doing it.

My only concern is to be careful things don’t get out of control.

Frequent changes of sexual partner, overlapping partners and multiple partners all increase the risk of STIs.

Most people with STIs have no symptoms. But it is vital to diagnose STIs as soon as possible.