Imagine poisoning your rival and yourself and giving only yourself the antidote.

In the life-or-death scramble to fertilize an egg, not all sperm are alike. A new study of mice by researchers from the Max Planck Institute for Molecular Genetics (MPIMG) in Berlin identifies a genetic factor called "t-haplotype," whose tag-team act with the protein RAC1 helps a spermatozoan speed straight to the prize.

The study is published in PLOS Genetics.

The weird power of the t-haplotype 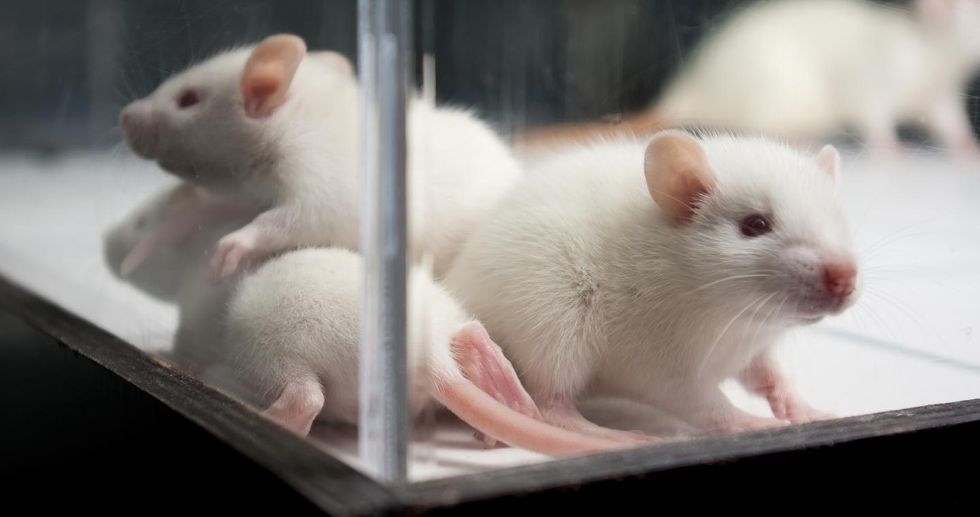 The researchers conducted experiments with mouse sperm to learn more about the properties of the t-haplotype, a group of genetic alleles that are known to appear on Chromosome 17 of mice.

Comparing the movement of mouse sperm with the t-haplotype against sperm without it, the researchers, led by first author Alexandra Amaral of MPIMG, definitively demonstrated the difference t-haplotype makes. Sperm with the gene factor progressed quickly forward, while "normal" sperm didn't exhibit the same degree of progress.

While most genes operate cooperatively with others, some don't. Among these "selfish" genes are the t-haplotype.

"Genes that violate this rule by unfairly increasing their chance of transmission can gain large fitness advantages at the detriment of those that act fairly. This leads to selection for selfish adaptations and, as a result, counter-adaptations to this selfishness, initiating an arms race between these selfish genetic elements and the rest of the genome." — Jan-Niklas Runge, Anna K. Lindholm, 2018

"Sperm with the t-haplotype manage to disable sperm without it," says corresponding study author Bernhard Herrmann, also of MPIMG.

"The trick is that the t-haplotype 'poisons' all sperm," he explains, "but at the same time produces an antidote, which acts only in t-sperm and protects them. Imagine a marathon in which all participants get poisoned drinking water, but some runners also take an antidote."

The t-haplotype distributes a factor that distorts, or "poisons," the integrity of genetic regulatory signals. This goes out to all mouse sperm that carry the t-haplotype in the early stage of spermatogenesis. Chromosomes split as they mature, and half the sperm that retain the t-haplotype produce another factor that reverse the distortion, neutralizing the "poison." These t-sperm hold onto this antidote for themselves.

Even the t-haplotype needs a friend 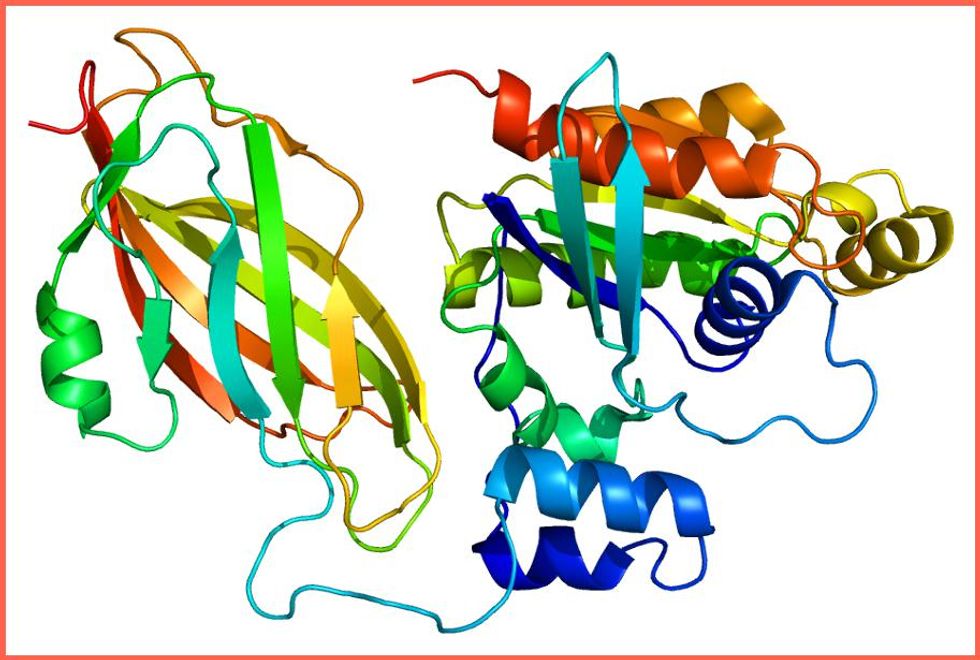 RAC1 acts as a molecular switch outside the sperm cell. It is known to be a protein that guides cells to different places in the body. For example, it directs white blood cells and cancer cells towards other cells that are putting out specific chemical signatures. The study suggests that RAC1 may point sperm toward an egg, helping it "sniff" out its target.

In addition, the presence of RAC1 seems to help the t-sperm carry out their sabotage. The researchers demonstrated this by introducing an RAC1 inhibitor to a mixed population of sperm. Prior to its introduction, the t-sperm in the group were "poisoning" their normal neighbors, causing them to move poorly. When the inhibitor neutralized the populations' RAC1, the t-sperms' dirty trick no longer worked, and the normal sperm began moving progressively.

However important RAC1 may be to t-sperm, too much or too little is problematic. Says Amaral, "The competitiveness of individual sperm seems to depend on an optimal level of active RAC1; both reduced or excessive RAC1 activity interferes with effective forward movement."

When females have two t-haplotypes on Chromosome 17, they are fertile. When sperm have one t-haplotype, their motility may be negatively affected, but when they have two, they are sterile. The researchers discovered the reason: They have much higher levels of RAC1.

At the same time, the study finds that normal sperm who aren't being held back by t-sperm stop moving progressively when RAC1 is inhibited, meaning that too little RAC1 also results in low motility.

It’s a jungle in there

Hermann sums up the insights the study offers:

"Our data highlight the fact that sperm cells are ruthless competitors. Genetic differences can give individual sperm an advantage in the race for life, thus promoting the transmission of particular gene variants to the next generation."