Radar astronomy is nothing new, but a new transmitter may give us unprecedented image resolution.

A successful test of a new radio transmitter by the National Science Foundation's Green Bank Observatory (GBO), the National Radio Astronomy Observatory (NRAO), and Raytheon Intelligence & Space has given us high definition pictures of the Moon from the comfort of Earth. They offer us a glimpse of potential future advances in radar astronomy.

A new look at the Moon 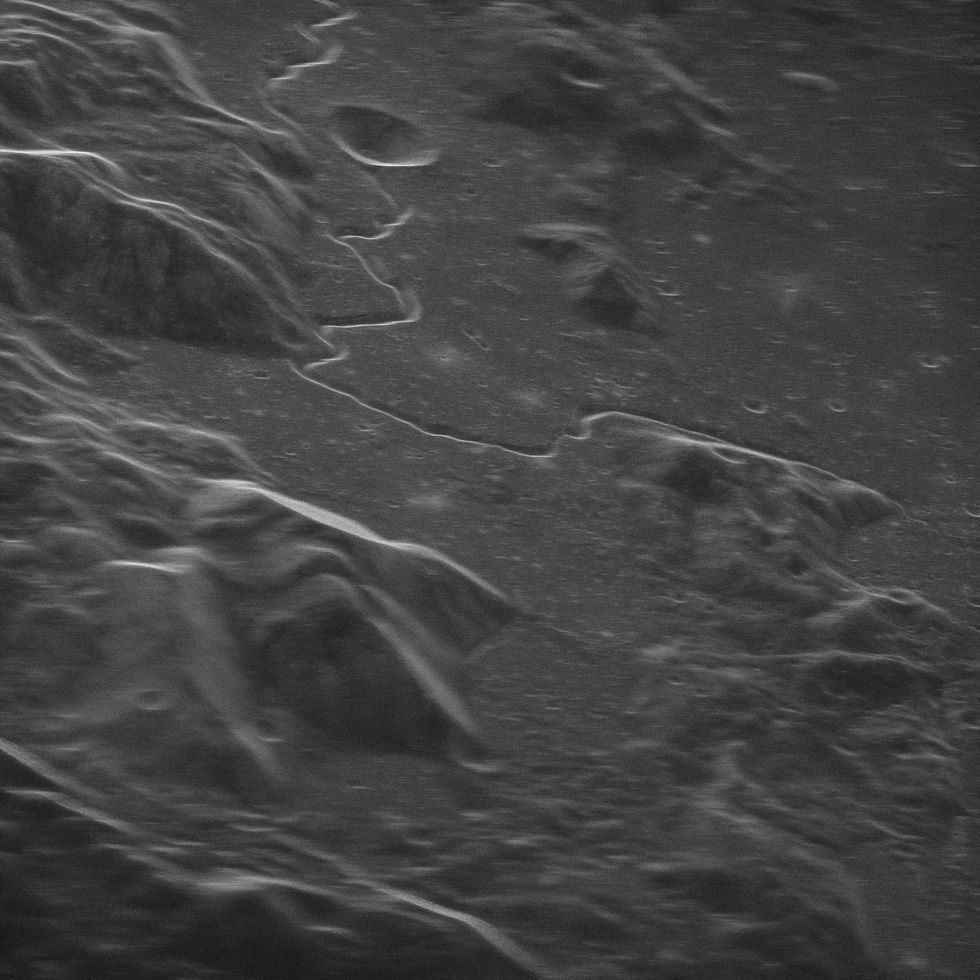 A larger version of the same image.

The pictures were produced using radar imaging, a powerful if infrequently used tool in astronomy for creating detailed pictures of places from where visible light can't reach us.

According to a statement released by the NRAO, the Green Bank Telescope (GBT) in West Virginia had a powerful radio transmitter installed. This was used to transmit radio waves towards the Moon which then bounced back into the telescopes of the Very Long Baseline Array (VLBA), which produced the images. The transmission occurred in November of last year.

The image depicts the Hadley–Apennine region of the Moon, most noteworthy for being the Apollo 15 mission's landing site. Highlights include the 6km crater known as Hadley C and the remains of a collapsed lava tube known as Hadley Rille, which winds across the picture like a dried-out river.

The resolution of this image is tremendous. Objects as small as 5 meters (16.4 ft) can easily be seen.

How does it work, exactly?

Using radio waves for astronomy has certain advantages. Visible light waves can have difficulty getting through the Earth's atmosphere. They can be drowned out by light pollution, and have to either be produced by or reflected off the object you want to look at. This can make things difficult for astronomers.

However, radio waves don't face these problems in the same way; waves emitted by extremely distant objects are picked up all the time. In radar astronomy, radio or microwaves are used to produce images of objects that visible light ways might struggle with. The first images of the surface of Venus, which is famously obscured by clouds, were captured this way.

For the most part, it works just like radar here on Earth. Radio waves are transmitted to the Moon, or whatever nearby cosmic object you want to see, and then bounce back to the Earth. Radio telescopes then record the returning waves. In this case, they were picked up by the telescopes of the VLBA, which stretch from Hawaii to the Virgin Islands. The vast distance between the receiving telescopes helps to improve their resolution.

The shape of things to come

This operation was just a proof of concept test. Having proven what the existing transmitter is capable of, efforts will now shift towards building a larger one that will be focused on other objects in the solar system.

Not only will this allow for extremely high-resolution images to be produced, but it may allow us to take closer looks than previously possible at objects which are too dark to show up in the visible light spectrum, such as certain asteroids.

Scientists involved with the project suggest it could be effective at viewing objects as far away as Neptune. Given that the strength of radar detection drops off exponentially with distance, this is quite the achievement.

Karen O'Neil, the Green Bank Observatory site director, explained how impressive this new system could be, "The planned system will be a leap forward in radar science, allowing access to never before seen features of the Solar System from right here on Earth."

Reports suggest the new system will come online no sooner than 2024 and cost millions of dollars if it is greenlit.

As many of you will know, despite the recent collapse of the Arecibo Observatory, it's been an exciting time in radio astronomy, with new discoveries being made on an almost regular basis. With new developments like this, the excitement can be expected to continue for some time.