An ancient Martian meteorite carries with it some compelling implications.

Almost exactly two years ago, we wrote about a theory that about 1 in 100 of our water molecules came not from asteroids — as is widely believed — but from hydrogen in Earth's core, a remnant of dissolved gas from solar nebulae. Now, a study of a Martian meteorite suggests that most water may not come from space at all, but that it's a natural byproduct of rocky-planet formation. If true, this could mean water is everywhere, which would greatly increase the chances of extraterrestrial life.

The study's senior investigator is Martin Bizzarro and the lead author is Zhengbin Deng, both of the Centre for Star and Planet Formation at the Faculty of Health and Medical Sciences at the University of Copenhagen. It's published in the journal Science Advances.

The authors' research is based on a meteorite from Mars called "Black Beauty" that was found in the Moroccan desert. Black Beauty is 4.45 billion years old and comes from the Martian crust, providing a rare window into the early days of Mars and the solar system. "It is a gold mine of information. And extremely valuable," Bizzarro tells University of Copenhagen News. At $10,000 per gram, the researchers purchased 50 grams for $500,000. 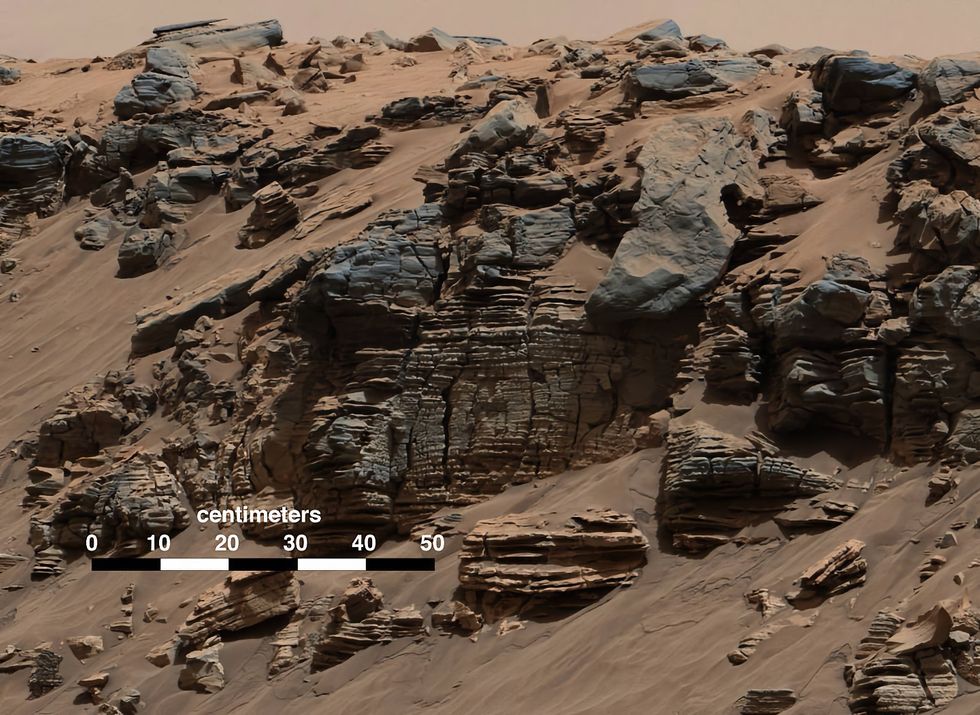 Black Beauty indicates that liquid water was present on Mars in the first 90 million years after it was formed. To deduce this, the researchers had to crush and dissolve 15 expensive grams of the meteorite for analysis. "It suggests that water emerged with the formation of Mars. And it tells us that water may be naturally occurring on planets and does not require an external source like water-rich asteroids," says Bizzarro.

Supporting this were signs of asteroid impacts that resulted in the release of a great deal of oxygen, something the scientists say could only have occurred if water was present. "We have developed a new technique that tells us that Mars in its infancy suffered one or more severe asteroid impacts" says Deng. "The impact, Black Beauty reveals, created kinetic energy that released a lot of oxygen. And the only mechanism that could likely have caused the release of such large amounts of oxygen is the presence of water." 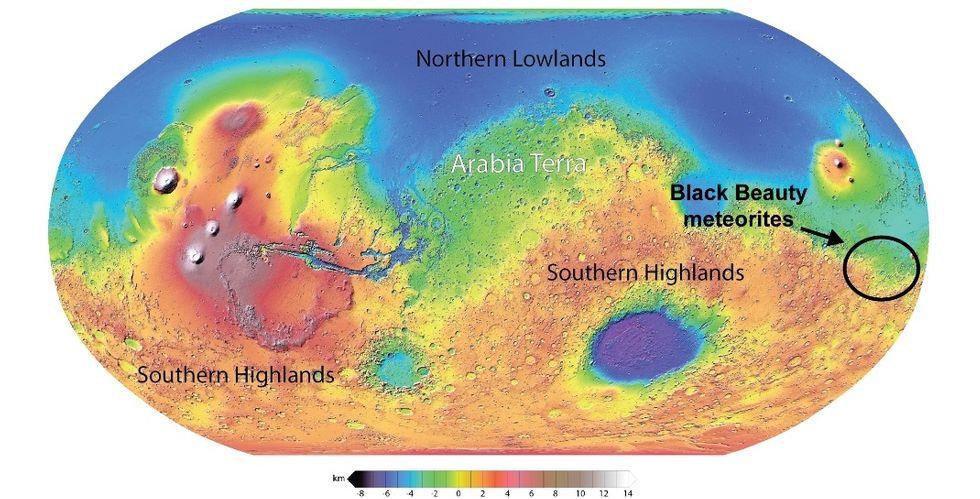 The analysis may also provide an answer to one of the lingering mysteries of Mars: How could such a cold planet have accommodated the water for the lake and river remnants we see there today, as shown above? Black Beauty bears indications that early asteroid impacts released a significant amount of greenhouse gases that warmed the now-chilly orb for a time. "This means," says Deng, "that the CO2-rich atmosphere may have caused temperatures to rise and thus allowed liquid water to exist at the surface of Mars."

The researchers are not yet finished with their expensive rock, and are currently engaged in further study of the microscope water-bearing minerals it contains. They appear to be present in their original, unchanged form. The authors of the paper believe Black Beauty was there at the long-ago moment when water first emerged on the red planet.