In the future, you might voluntarily share your social media data with your psychiatrist to inform a more accurate diagnosis.

For the 20 percent of people with a mental illness, early identification of the condition is key to getting the best treatment. But people often suffer symptoms for months, even years, without receiving clinical attention. Part of the problem is that psychiatrists have few tools to identify mental illnesses; they rely mostly on self-reported data and observations from friends and family.

The field is, in some ways, "stuck in the prehistoric age," according to Michael Birnbaum, MD, an assistant professor at the Feinstein Institutes for Medical Research and an attending physician at Zucker Hillside Hospital and Lenox Hill Hospital at Northwell Health.

But digital tools could help bring psychiatry into the modern age.

"It became apparent, in my work with young folks, that social media was ubiquitous," Dr. Birnbaum told Big Think. "So, we started to think about ways that we could potentially explore the utility of the internet and social media in the way we diagnose our patients and the care that we provide."

The results of a recent study, conducted by Feinstein Institutes researchers and IBM Research, suggest that social media activity can provide useful insights into who's at risk of developing mental illnesses like mood disorders and schizophrenia spectrum disorders.

Published in the journal njp Schizophrenia, the study used machine-learning algorithms to analyze millions of Facebook messages and images, which were provided voluntarily by participants, ages 15 to 35. The data represented participants' Facebook activity for 18 months prior to hospitalization.

...the health disparity between people with mental illness and those without is larger than disparities attributable to race, ethnicity, geography or socioeconomic status.

The goal was for the algorithms to analyze patterns in these datasets, then predict which group participants belonged to: schizophrenia spectrum disorders (SSD), mood disorders (MD), or healthy volunteers (HV). The results were promising, showing that the algorithms correctly identified:

The study also showed interesting differences in Facebook activity among the groups, such as:

These differences tended to become more apparent in the months before a patient was hospitalized. But even 18 months before hospitalization, the results revealed signals that hinted participants might be on the path to developing a psychiatric disorder. That's where these tools may someday help improve early-identification efforts.

"In psychiatry, we often get a snapshot of somebody's life, for 30 minutes once a month or so," he said. "There's the potential to get much greater granularity with some of these new assessment tools. Facebook, for example, can allow us to understand somebody's thoughts and behaviors in a more real-time, longitudinal fashion, as opposed to cross-sectional moments in time."

Dr. Birnbaum noted that everyone has a unique style of online behavior and that certain behavioral changes may contain clues about mental health.

"The way that we're understanding this is that everybody has a digital baseline, a way they typically act and behave on social media and the internet," he said. "So, ultimately here we would want to identify this baseline for each individual—a fingerprint—and then monitor for changes over time, and identify which changes are concerning, and which are not."

Using digital tools to better identify psychiatric conditions could someday reduce the number of people who suffer without treatment.

"There's an alarming gap between the number of people who experience mental illness and those who receive care," said Michael Dowling, president and CEO of Northwell Health. "It's especially troubling when you consider that the health disparity between people with mental illness and those without is larger than disparities attributable to race, ethnicity, geography or socioeconomic status."

A step toward the future of psychiatry 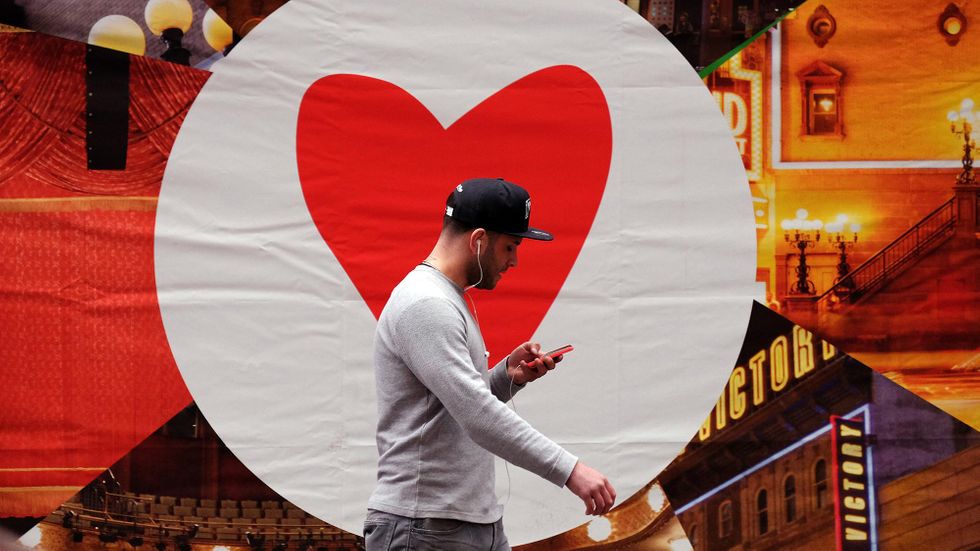 "The vast majority of the data thus far has been extracted from anonymous, or semi-anonymous individuals online, without any real way to validate the diagnosis or confirm the authenticity of the symptoms," Dr. Birnbaum said.

But before clinicians can use these kinds of digital approaches, researchers have more work to do.

"I think that we need much larger datasets," Dr. Birnbaum said. "We need to repeat these findings. We need to better understand how demographic differences, like age, ethnicity and gender, can play a role."

Privacy is another consideration. Dr. Birnbaum emphasized that these kinds of approaches would only be conducted on a voluntary basis, and that the Facebook data used in the recent study was anonymized, and the algorithms examined only individual words, not the context or meaning of sentences.

"This isn't about surveillance, or that Facebook should somehow be monitoring us," Dr. Birnbaum said. "It's about giving the power to the patient. I imagine a world where patients could come into the doctor's office and express their concerns, but also provide some additional clinically meaningful information that they own."

Dr. Birnbaum said the long-term goal isn't for algorithms to make official diagnoses or replace physicians, but rather to serve as supplementary tools. He added that these tools would be used only for people seeking help or information about their risk of developing a psychiatric condition, or suffering a relapse.

"Hopefully one day, we'll be able to incorporate this and other information to inform what we do, the same way you go to a doctor and you get an X-ray or a blood test to inform the diagnosis," he said. "It doesn't make the diagnosis, but it informs the doctor. That is where psychiatry is heading, and hopefully this is a step in that direction."