A new system separates oxygen and hydrogen from Mars’ water

Twitter is experimenting with a new community-moderation system that puts users in the position of keeping other users honest. It's a system that's not completely different from the surprisingly successful manner in which Wikipedia vets posted content, and it functions similarly to Reddit's rating system as well.

Like everything else on Twitter, the response to the announcement of what the platform calls "Birdwatch" (get it?) has been over-the-top and riddled with untruths and conspiratorial paranoia. Also, some people think it's an idea worth exploring. Sounds about right.

For now, Birdwatch is being tested from its own site — it's not something Twitter users can currently see unless they volunteer to contribute to it. When someone signs up to test Birdwatch, a new option appears among the actions available for responding to a tweet on Twitter proper. Eventually, if it works out, Birdwatch labels and comments would appear publicly affixed to tweets.

Twitter intends to develop an algorithmic approach to collating Birdwatch responses, and is also planning review sessions with subject-matter experts, since, as one Twitter user posted, "The plural of anecdote is not fact." 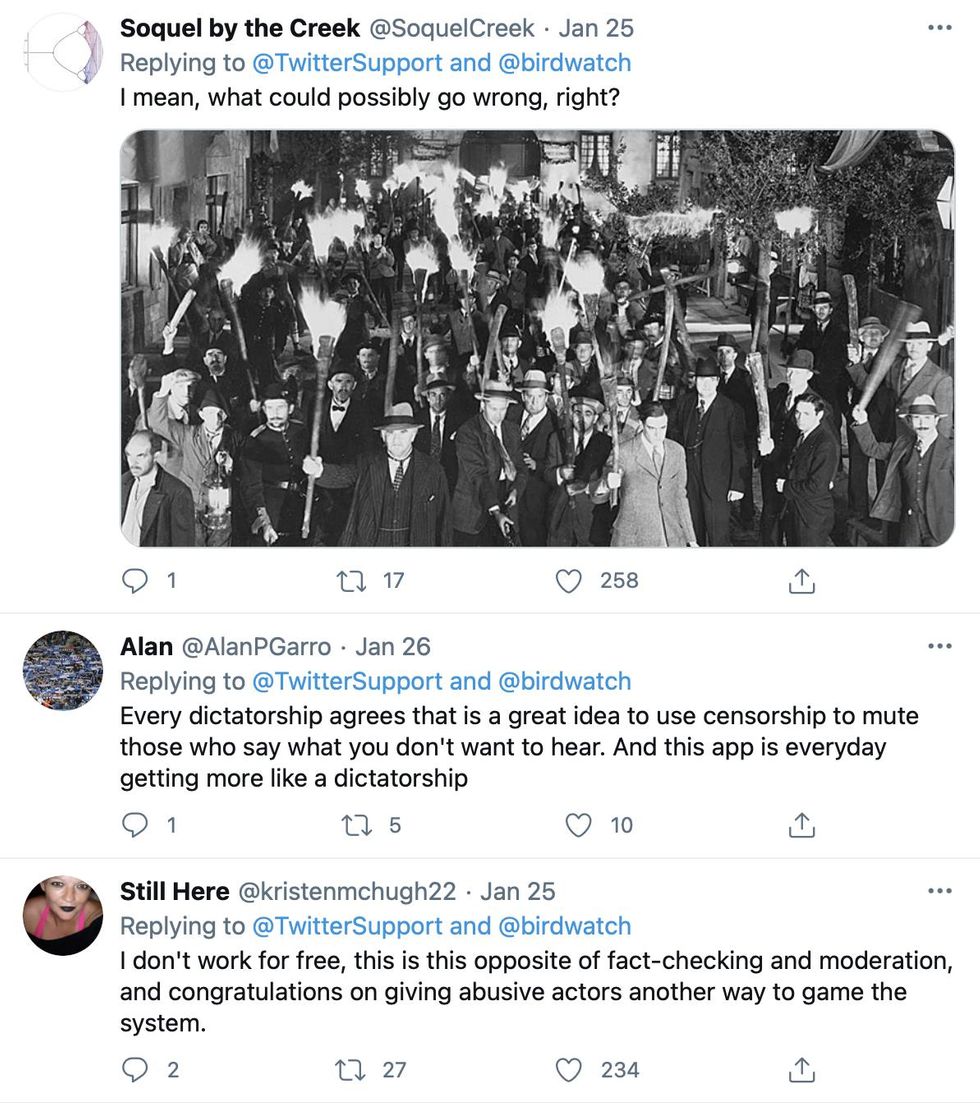 Birdwatch, um, flies in the face of what has made Twitter so central to the U.S. politics since around 2015. Prior to the entry of Donald Trump into the 2016 presidential race, Twitter seemed to many to be on its way out, yet another discarded novelty of the internet age.

Candidate Trump changed all that and continued to use his Twitter account as his primary platform throughout his presidency. In terms of the day-to-day drama that accompanied his time in office, the president's expulsion from Twitter felt more like the end of his term than did the official transfer of power on January 20.

That expulsion itself was apparently the end result of considerable turmoil and discord internally within Twitter. That's because Donald Trump's artful deployment of Twitter has been the primary driver behind its resurgence and the reason it continues to play a significant role in U.S. politics.

What @realDonaldTrump understood was that a deliberately outrageous tweet is an easy way to immediately grab the public's attention, either for sheer publicity value or as a means of distraction. Truth and accuracy matter far less than what social media calls "engagement." Post-Trump, other publicity-hungry politicians continue to follow the ex-president's playbook. Some of them are even doing so as they attack Birdwatch.

And herein lies Twitter's dilemma. When provocative content draws attention to a tweet poster, it also draws attention to Twitter, and that benefits the platform by increasing the size of the audience it can sell to advertisers. At the same time, there's growing political pressure on the company to control the dissemination of content that's harmful to the public and American political process.

Birdwatch may let Twitter off the hook: Truth would be crowdsourced and enforced without Twitter, or its advertisers, having to get its hands dirty with endless controversies. 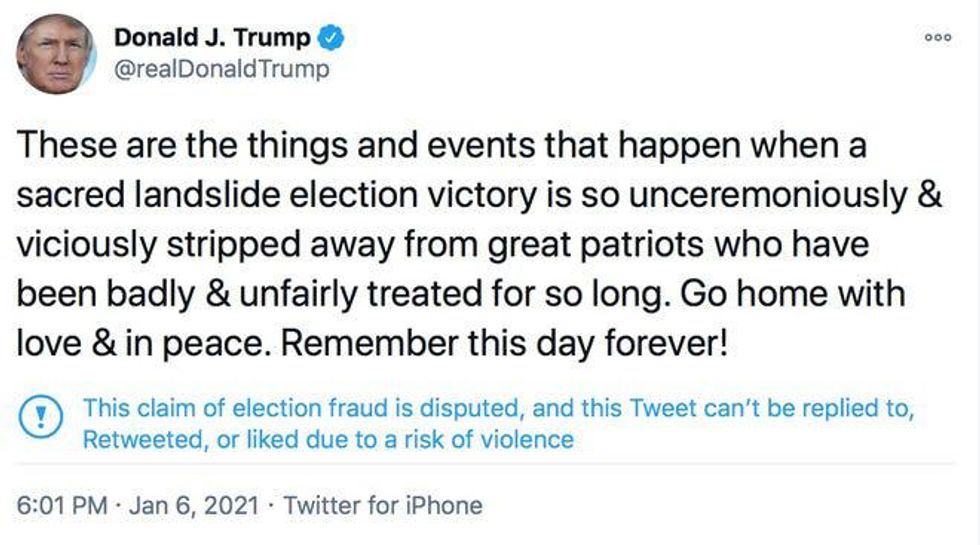 The pressure to do better largely comes in the form of threats to repeal Section 230 of the Communications Decency Act. This is the regulation that absolves a social media platform from legal liability for content its users post. Though the rule's purpose is to promote the use of unfettered expression on social media, there's an inherent problem — this kind of content tends to go viral and that increases audience size, which increases a platform's advertising sales and that means more profit.

Some of the loudest voices, ironically, are politicians who themselves use Twitter for spreading this very type of content. The former president, in fact, vetoed a defense bill because it didn't contain a repeal of Section 230 — it doesn't seem to have occurred to him that his own inflammatory tweets and posts wouldn't be published if platforms were concerned about being held responsible.

Note: If you're outraged at some politician's disingenuous behavior and tweet or retweet about their hypocrisy, that's perfectly fine with them since you'd only be helping them get more attention.

It may not surprise you that some politicians who want social media to step up are up in arms over Birdwatch, accusing Silicon Valley of making a power grab that will place Truth under their control and of violating their own First Amendment right to free speech. This last charge is a Constitutional canard, even though some of these folks have a law degree — legal experts agree that Free Speech is about public speech and not about the ability to say whatever you want through a private company's platform.

No one knows if Birdwatch will work in the end, but if it does, let's hope that unscrupulous politicians find it more difficult to post outrageous tweets that draw them eyeballs and campaign contributions, the country's well-being be damned. Truth is always a slippery worm. Let's hope Birdwatch bites down.