Virus made inequality much worse across the world, says report

Inequality in wealth, gender, and race grew to unprecedented levels across the world, according to OxFam report.

The coronavirus has not only brought suffering and death to millions of people around the world, it has worsened inequality in nearly every country at once, finds a new report. This has never happened since records began. The virus added to existing discrepancies in wealth, gender and race.

The charity Oxfam's "The Inequality Virus" report says that hundreds of millions are facing poverty as a result of the virus, while the world's richest people and corporations are increasing their wealth exponentially. To illustrate this point, the authors point out that the $540 billion increase in the riches of the 10 of the world's wealthiest men that took place since the pandemic started is more than what would be necessary to make sure that no one on earth falls into poverty as a result of the virus and would also pay for a COVID-19 vaccine for everyone.

Of course, one could argue about the extent of responsibility of the top ten billionaires to fight Covid for us (and some of them do) but the growing wealth gap is tremendous and can lead to societal instability– a view supported by 295 leading economists from 79 countries surveyed by Oxfam.

Forbes magazine estimates that the 2,200+ billionaires in the world became $1.9 trillion richer in 2020. Conversely, it would take over a decade for the poorest billions in the world to recover economically from the pandemic.

"The crisis has exposed our collective frailty and the inability of our deeply unequal economy to work for all," states the Oxfam brief.

The report further explains while established power structures in many countries have helped add to the bottom lines of the small group of the wealthiest, "people in poverty, many women, Black people, Afro-descendants, Indigenous Peoples, and historically marginalized and oppressed communities around the world, struggle to survive." 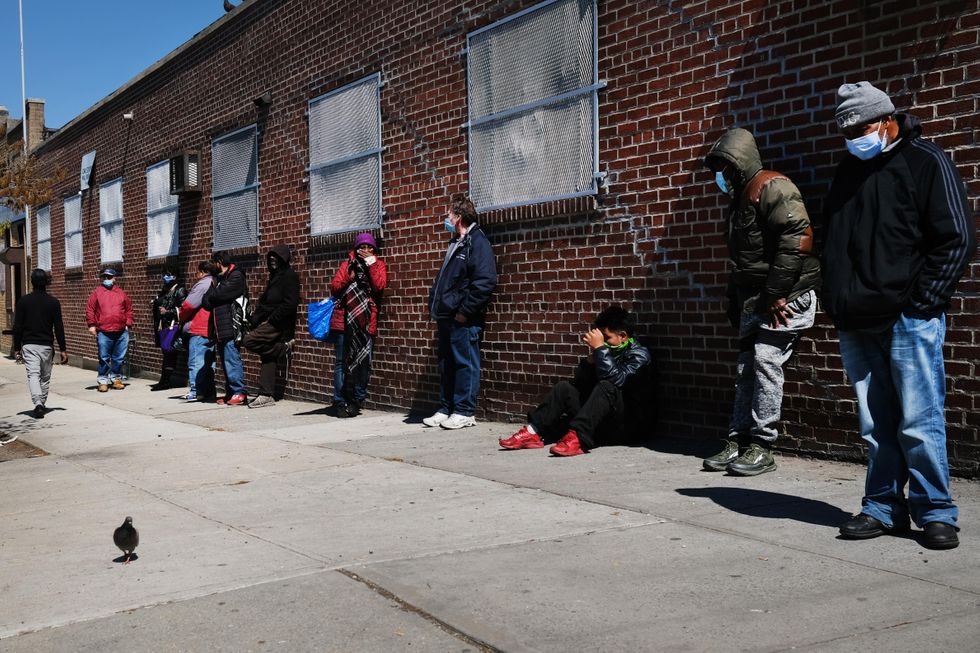 People wait in line to receive food at a food bank on April 28, 2020 in Brooklyn.

Structural features that perpetuate inequality can be found in many countries around the world. In the U.S. alone, the difference in medical care received by communities is such that about 22,000 Latinx and black people would be alive (by end of 2020) if they had similar mortality rates to white people's, found OxFam.

The inequality between how men and women are treated has also become stronger, according to the researchers. Women are much more likely than men to be working in the sectors worst hit by the virus. 112 million fewer women would be facing the risk of losing incomes and jobs if they had the same representation as men in these professions.

"In every country that we looked at, inequality has gotten worse during the pandemic," said Paul O'Brien, Vice President of Oxfam America. "All around the world now, we are seeing folks struggling on the wrong end of inequality while those who have been the beneficiaries of our broken economic system have done quite well." 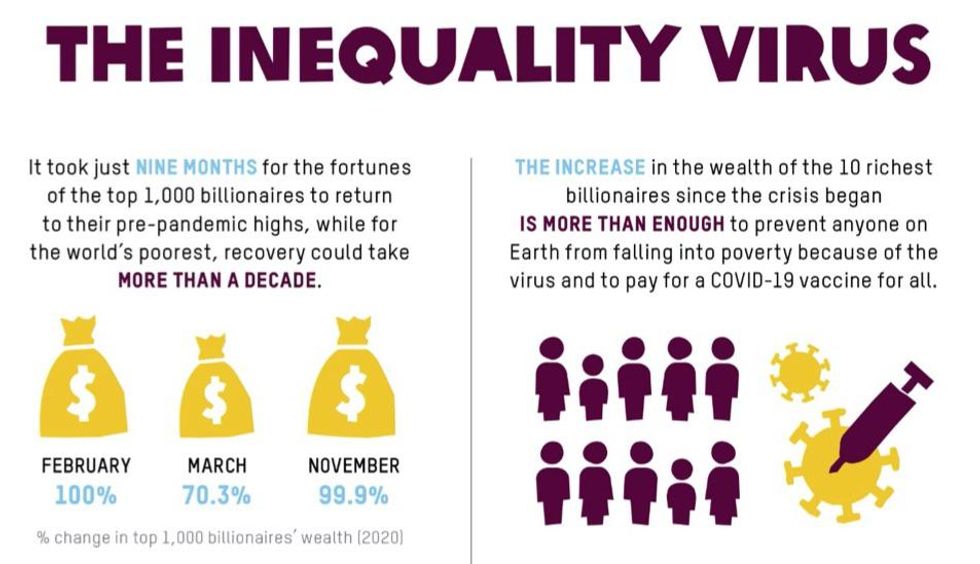 On the flip side, the important role the government should play in our lives has also been demonstrated as clearly as ever. Strong government action can protect both public health and the economy.

In another conclusion, the paper from the global organization, whose mission is "to end the injustice of poverty," thinks that now is also the time for change. "Transformative policies that seemed unthinkable before the crisis have suddenly been shown to be possible," write the authors. While inequality is getting worse, it does not have to be inevitable. How badly it increases and how fast is "the choice of governments across the world," concludes the report. One of the measures the organization advocates is increasing taxes on the ultra-rich.

Read the report in full here.