Catnip is for both pleasure and protection, according to a new study

The main bioactive compound in catnip seems to protect cats from mosquitoes. It might protect humans, too.

Why does catnip have such a strong effect on cats? For at least 300 years, humans have observed that when cats encounter the plant, the majority behave as if they're high, becoming playful and hyperactive before reliably slumping into a nap. But catnip also elicits another strange behavior: Cats rub their faces and bodies against the plant, seemingly trying to cover their fur with it.

A new study proposes cats do this because catnip acts as a chemical defense against mosquitos.

Published in Science Advances, the findings suggest that cats evolved specific olfactory receptors to detect the bioactive compounds in catnip, which produces euphoria while protecting them from irritating bites and diseases. This protection might've helped the stealthy animals better stalk and ambush prey.

The findings shed light not only on feline behavior, but also on how nepetalactol—the main bioactive component of catnip and silver vine—might be used to protect humans against insects. 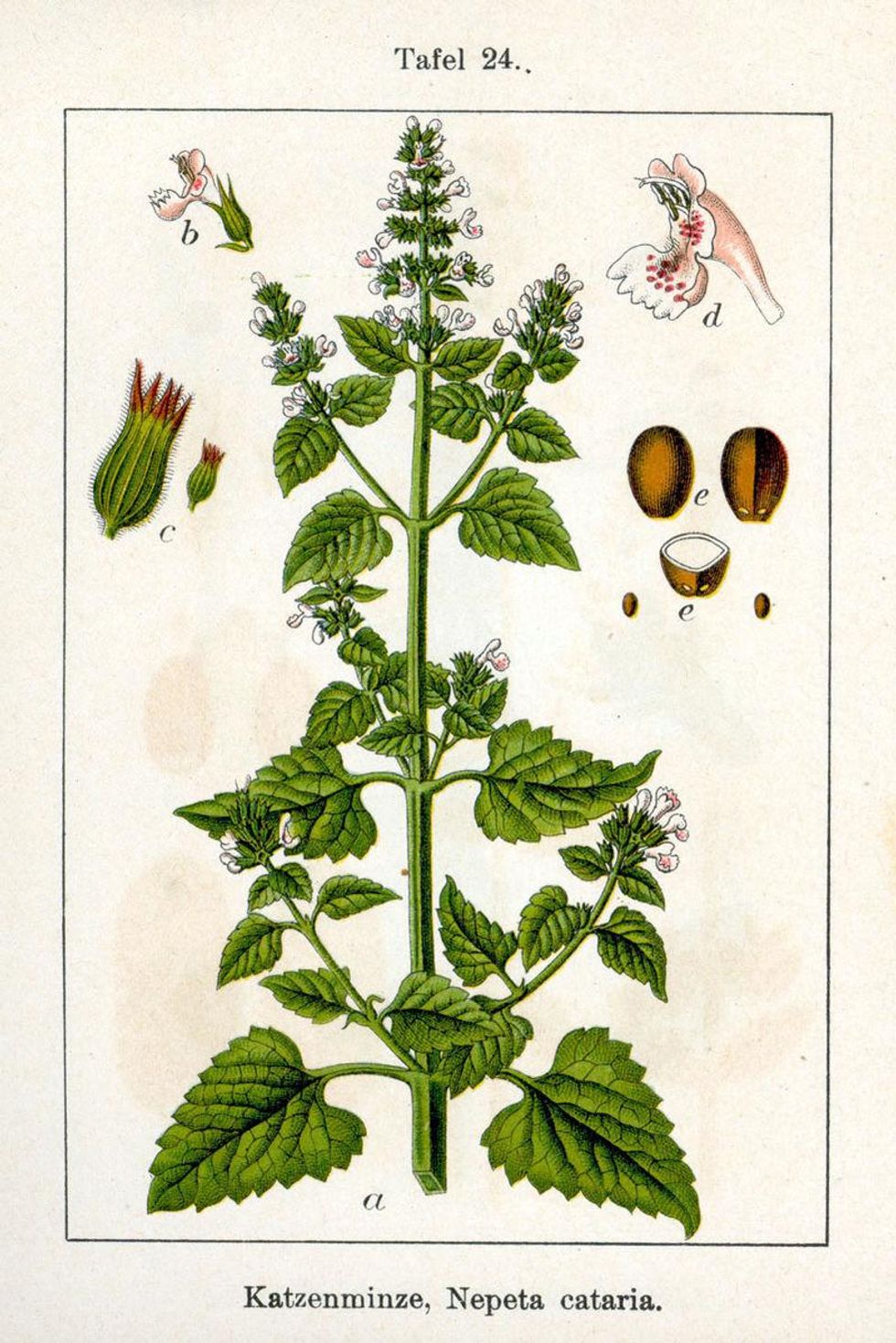 In the study, researchers from Iwate University in Japan exposed nepetalactol-laced paper to different types of felids, including domestic and feral cats, a leopard, two jaguars, and two lynx. The team also exposed nepetalactol to dogs and mice, but only the cats elicited the expected behavioral response.

But when cats were given drugs that blocked opioid receptors, their endorphin levels didn't rise, and their behavior didn't change. This suggests that cats' "μ-opioid system is stimulated by an increase in endogenous β-endorphin secretion when olfactory neurons are activated by these iridoids," the team wrote.

Nepetalactol as a mosquito repellent

The results showed that the group treated with nepetalactol was much less likely to get bitten, sometimes by as much as 50 percent. The same proved true in a "more natural" experiment, in which cats were allowed to rub their faces on the plants themselves.

"This is convincing evidence that the characteristic rubbing and rolling response functions to transfer plant chemicals that provide mosquito repellency to cats," the team wrote.

While the researchers don't fully understand why nepetalactol activates the μ-opioid system in cats, they think the compound could help humans avoid mosquito bites. After all, some of the study contributors have applied for a patent covering the use of nepetalactol as an insect repellent. Gizmodo reports that the researchers even tried applying the compound to their arms, which seemed to prevent mosquito bites.

For thousands of years, humans have aimed to protect themselves from mosquitos. The Egyptian queen Cleopatra was said to sleep surrounded by a mosquito net. The Romans used vinegar mixtures. And Mississippians turned to the American beautyberry plant.

Today, DEET is the most widely used mosquito repellent, but it's slightly toxic and can cause side effects, including seizures, though rarely. Developing better mosquito repellents could save many lives. The World Mosquito Program reports that mosquito-borne illnesses like malaria and yellow fever affect more than 700 million annually and kill approximately one million.