When someone is lying to you personally, you may be able to see what they're doing.

Lying one-on-one is hard when done correctly. Some people lie compulsively, with little regard to getting caught — for them it's a no-brainer. But concocting a believable lie, selling it, and maintaining it without inadvertently tripping oneself up takes effort. According to a new study, it takes a little too much effort — your brain is so occupied by the lie that your body is at risk of giving off universal "tell" to anyone who knows to look for it.

The study, by Dutch and U.K. researchers, is published in the journal Royal Society Open Science

The tell? Someone who is lying to your face is likely to copy your motions. The trickier the lie, the truer this is, according to experiments described in the study.

The researchers offer two possible explanations, both of which have to do with cognitive load. In a press release, the authors note that "Lying, especially when fabricating accounts, can be more cognitively demanding than truth telling."

The first hypothesis is that when a liar is lying, their brain is simply too occupied with the subterfuge to pay any attention to the control of physical movements. As a result, the unconscious part of the liar's brain controlling movements defaults to the easiest course of action available: It simply imitates the motions of the person they're lying to.

The second possibility is that the liar's cognitive load deprives a liar of sufficient bandwidth to devise a clever, effective physical strategy. Instead, while lying, their attention is so laser-focused on their listener's reaction that the liar unconsciously parrots it. 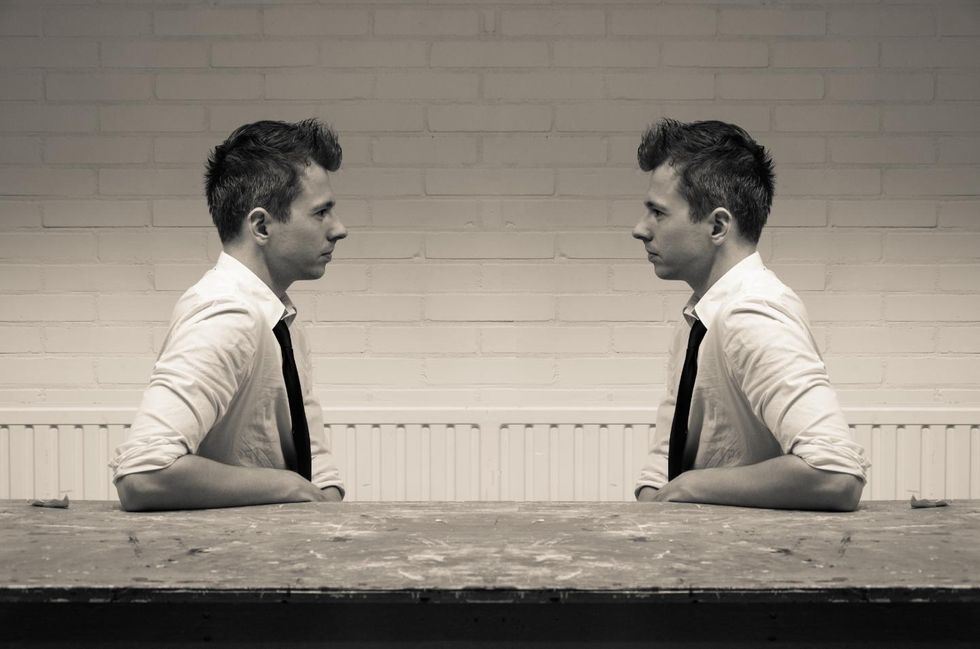 The phenomenon is referred to as "nonverbal coordination," and there is some existing evidence in deception research that it does occur when someone is under a heavy cognitive load. However, that evidence is based on observations of specific body parts and doesn't comprehensively capture whole-body behavior, and little research has mutually tracked both parties' movements in a lying scenario.

Nonetheless, say the authors, "Nonverbal coordination is an especially interesting cue to deceit because its occurrence relies on automatic processes and is therefore more difficult to deliberately control."

To track nonverbal coordination, pairs of participants in the study's two experiments were outfitted with motion-capture devices Velcroed to their wrists, heads, and torsos before being seated facing each other across a low table.

In the first experiment, a dynamic time-warping algorithm analyzed participants movements as they ran through exercises in which one individual told the truth, and then told increasingly difficult lies. In the second experiment, listeners were given instructions that influenced the amount of attention they paid to the liar's movements.

The researchers found "nonverbal coordination increased with lie difficulty." They also saw that this increase "was not influenced by the degree to which interviewees paid attention to their nonverbal behavior, nor by the degree of interviewer's suspicion. Our findings are consistent with the broader proposition that people rely on automated processes such as mimicry when under cognitive load."

There is, it must be said, a third possible reason that a liar copies their target's behavior: Maybe liars are subconsciously reinforcing their credibility with their victims using "mirroring."

As Big Think readers and anyone familiar with the art of persuasion knows, copying another person's actions is called "mirroring," and it's a way to get someone else to like you. Our brains have "mirror neurons" that respond positively when someone imitates our actions. The result is something called "limbic synchrony." Deliberately mirroring a companion's movements is an acknowledged sales technique.

So, how can you tell when mirroring signifies a lie and not benign interpersonal salesmanship? There is an overlap, of course — lying is one form of persuasion, after all. Perhaps the smartest response is to simply take mirroring as a signal that close attention is warranted. No need to automatically shout "liar!" when someone copies you. Just step back a little mentally and listen a bit more carefully to what your companion is saying.