Researchers document the first example of evolutionary changes in a plant in response to humans.

There are a growing number of examples of animals' evolutionary path diverting around humans and human encroachment. From the increase of tuskless elephants to changing fox snouts, this biological trend, though worrying, is well-documented. Now researchers in China have discovered a wildly growing plant that has adapted by developing camouflage that makes it less likely to get picked by human hands. Nobody likes us.

The study was conducted by botanist Yang Niu of the Kunming Institute of Botany in China, in collaboration with sensory ecologist Martin Stevens of the University of Exeter in England. "It's remarkable to see how humans can have such a direct and dramatic impact on the coloration of wild organisms, not just on their survival but on their evolution itself," Stevens tells University of Exeter News.

The research is published in Current Biology.

The plant is Fritillaria dealvayi, and its bulbs are harvested by Chinese herbalists, who grind it into a powder that treats coughs. The cough powder sells for the equivalent of $480 per kilogram, with a kilogram requiring the grinding up of about 3,500 bulbs. The plant is found in the loose rock fields lining the slopes of the Himalayan and Hengduan mountains in southwestern China.

As a perennial that produces just a single flower each year after its fifth season, it seems Fritillaria used to be easier to find. In some places its presence is betrayed by bright green leaves that stand out against the rocks among which which it grows. In other places, however, its leaves and stems are gray and blend in with the rocks. What's fascinating is that the bright green leaves are visible in areas in which Fritillaria is relatively undisturbed by humans while the gray leaves are (just barely) visible in heavily harvested areas. Same plant, two different appearances.

How we know we're the cause

There are other camouflaging plants, but the manner in which Fritillaria has developed this trait strongly suggests that it's a defensive response to being picked. "Many plants seem to use camouflage to hide from herbivores that may eat them — but here we see camouflage evolving in response to human collectors."

"Like other camouflaged plants we have studied," Niu says, " we thought the evolution of camouflage of this fritillary had been driven by herbivores, but we didn't find such animals." His close examination of Fritillaria leaves revealed no bite marks or other signs of non-human predation. "Then we realized humans could be the reason."

In any event, says Professor Hang Sun the Kunming Institute, "Commercial harvesting is a much stronger selection pressure than many pressures in nature." 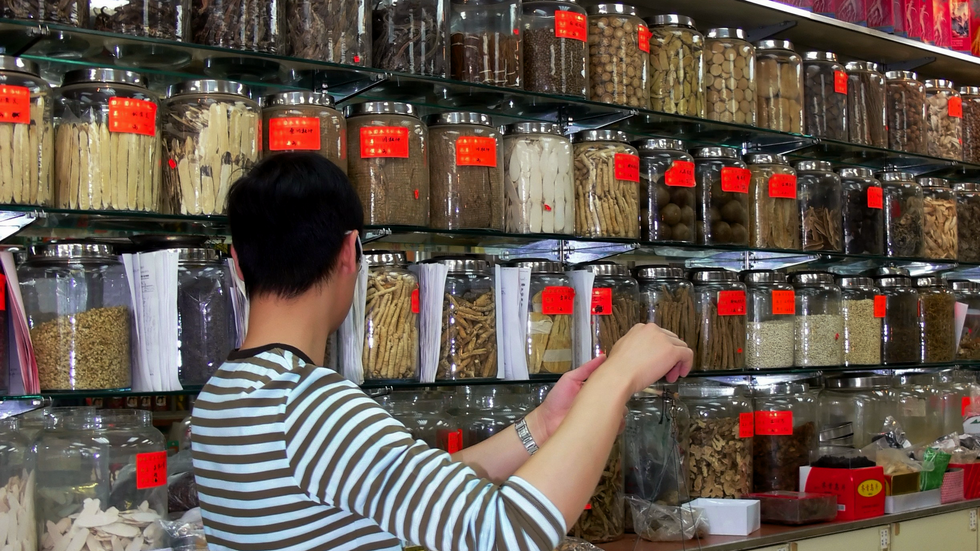 Since herbalists have been plucking Fritillaria from the rocks for 2,000 years, one might hope a record would exist that could allow researchers to identify areas in which the plant has been most thoroughly picked. There is no such documentation, but Liu and Stevens were able to acquire this type of information for five years (2014–2019), tracking the harvests at seven Fritillaria study sites. This allowed them to identify those areas in which the plant was most heavily harvested. These also turned out to be the locations with the gray-leaf variant of Fritillaria.

Further supporting the scientists' conclusion that gray Fritillaria was more likely to evade human hands and live long enough to reproduce was that participants in virtual plant-identification tests confirmed the species was hard to spot in the wild.

"It's possible that humans have driven evolution of defensive strategies in other plant species, but surprisingly little research has examined this," Stevens notes.

Hang Sun says such studies make clear that humans have become drivers of evolution on our planet: "The current biodiversity status on the earth is shaped by both nature and by ourselves."