Misguided Antitrust Legislation Against Big Tech Will Only Harm Consumers

Stuck at the Bottom of the Food Pyramid

Vegans and vegetarians often have nutrient deficiencies and lower BMI, which can increase the risk of fractures.

Non-meat diets may help you maintain healthy cholesterol, body weight, and blood-sugar levels. But these diets, particularly veganism, may also boost your risk of suffering broken bones, according to a new study published in BMC Medicine.

While the causes aren't totally clear, the researchers suggested it might stem from vegans not consuming enough calcium and protein, or from having a lower body mass index (BMI), which leaves the body more vulnerable to fractures.

The study is the largest to date on the relationship between fractures and non-meat diets. The researchers examined data from the long-running EPIC-Oxford study, which issued health surveys to nearly 55,000 people in the U.K. between 1993 and 2001, and followed up with them in 2010.

After controlling for variables like physically activity, sex, smoking, dietary supplement intake, and alcohol use, the study found that vegans had a 43 percent increased risk of any kind of fracture compared to meat eaters. The increased risk for vegetarians was 9 percent.

The results showed that vegans were especially vulnerable to hip fractures, suffering 2.3 times more cases than meat-eaters. Vegetarians and pescatarians were also more likely to suffer hip fractures, though to a lesser extent.

One explanation may be that non-meat eaters consume less calcium and protein. Calcium helps the body build strong bones, particularly before age 30, after which the body begins to lose bone mineral density (though consuming enough calcium through diet or supplement can help offset losses). Lower bone mineral density means higher risk of fracture.

Protein seems to help the body absorb calcium, when consumed in normal levels. The recent study, along with past research, shows that people who don't eat meat tend to have lower levels of both protein and calcium. When the researchers accounted for non-meat eaters who supplemented their diets with calcium and protein, fracture risk decreased, but still remained significant. 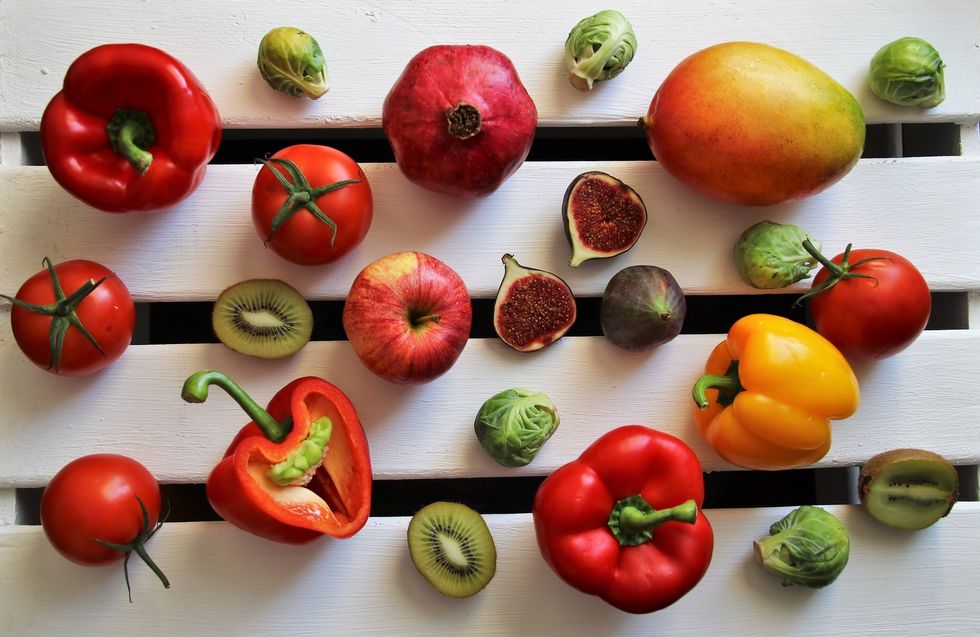 Another explanation is body mass index (BMI). Non-meat eaters tend to have a lower BMI, which is associated with higher fracture risk, particularly hip fractures. In the new study, vegans with a low BMI were especially likely to suffer hip fractures. That might be because having more body mass provides a cushioning effect when people fall.

Still, the study has some limitations. For one, White European women were overrepresented in the sample. The researchers also didn't collect precise data on the type of calcium or protein supplementation, diet quality or causes of fractures.

Another complicating factor: Producers of vegan products, such as plant-based milk, are increasingly fortifying foods with nutrients like calcium and protein, so modern vegans are potentially at lower risk of deficiency.

The researchers wrote that their findings "suggest that bone health in vegans requires further research."

Staying healthy on a vegan diet

So, does a vegan diet necessarily lead to worse bone health? Not necessarily. But it's safe to say that people who don't consume meat, dairy and eggs should be extra vigilant about consuming enough essential nutrients. That can be harder than it seems.

One major reason is that the body generally has an easier time absorbing nutrients from animal foods than plant-based products. So, while a salad could contain the same amount of calcium as a glass of milk, the body absorbs more calcium when you drink milk. What's more, there are some molecules and nutrients you simply can't get from plants.

As such, many vegans round out their diets with supplements, including zinc, iron, iodine, long-chain omega-3s, and vitamins D, K-2, and B-12, to name a few. If you're on a vegan diet or considering making the switch, it's probably best to consult a dietician, and to make sure you maintain a healthy BMI.