Giants’ least valuable player, most revealing stat and other eye-openers

The Giants knew it would be a challenging grind to get to their Week 11 bye and that they headed into it on a two-game winning streak, and in contention in the dreadful NFC East, is a credit to their

The Giants knew it would be a challenging grind to get to their Week 11 bye and that they headed into it on a two-game winning streak, and in contention in the dreadful NFC East, is a credit to their resilience and readily apparent improvement. First-year head coach Joe Judge’s messaging is sinking in.

The upsurge cannot cloak the growing pains that produced an 0-5 start and a 1-7 record at midseason. That the Giants are on a hot streak — for them — and stand at 3-7 is proof how much work remains to drag this franchise back to prominence.

That they lost four games by a total of 10 points indicates the Giants are not dismally far away. They are not there yet, either. When Judge said, “I wouldn’t stop short and say anything that we’re arrived,’’ no one disputed him. No, the Giants have not yet arrived. But at least they are getting closer to their destination.

The Giants knew they were getting a high-volume tackler and a smart guy when they signed Blake Martinez to run their defense from his inside linebacker spot. The knock on Martinez in Green Bay was he did not make enough impactful tackles. Working in a scheme better-suited to his talents, Martinez is making plays all over the field, and rarely misses a snap. Through 10 games, he was tied with Roquan Smith of the Bears for the NFL lead in tackles with 96. Plus, Martinez is an extension of coordinator Patrick Graham, two minds thinking as one.

Tight end Levine Toilolo was signed in free agency to block and use his 6-foot-8 frame as a target around the end zone. Well, where has he been? It is not easy to hide someone so tall. Toilolo is on the field for only 23 percent of the offensive snaps and that usage is actually inflated, as 44 percent of those snaps came in the last three games. So, maybe he will be more of a factor down the stretch. The Giants signed him to a two-year, $6.2 million deal and guaranteed $3.2 million of the contract. Not much of a return on that investment so far.

That the Giants special teams are awesome. There is more special-teams brainpower assembled than any one staff ought to have. Joe Judge was a longtime coordinator. So is Thomas McGaughey. Heck, Tom Quinn, the assistant special teams coach, was the Giants coordinator for both of their most recent Super Bowl teams. These guys have everything covered, top to bottom. The kicking, punting, coverage and strategy is all on-point. There is plenty of creativity, as well. The Giants win games here.

Evan Engram is better than this. He was better than this as a rookie in 2017. He may never live up to the expectations the Giants had for him when they made him a first-round pick, envisioning him as a matchup problem in the passing game. Engram always dropped too many balls. This season, though, he has tightened up at the wrong times. His talent seems bottled up inside his head. His inability to hold onto a pass as the two-minute warning neared at Lincoln Financial Field cost the Giants a victory against the Eagles and is a hard one to forget. One touchdown and averaging a career-low 9.1 yards per reception is not enough.

The Giants’ lead was down to 14-11 early in the third quarter in Week 10 and another second-half collapse seemed imminent. And then, bang. What a show of aggressiveness. Daniel Jones to Sterling Shepard for 27 yards. Jones to Golden Tate for 38, leading to a Wayne Gallman touchdown run. When the Eagles closed to 21-17, it was time for another Giants defensive meltdown. It never happened. The Giants shut the Eagles out for the final 20:25, giving Carson Wentz hell and completing an 0-for-9 perfecto on third-down conversion defense. 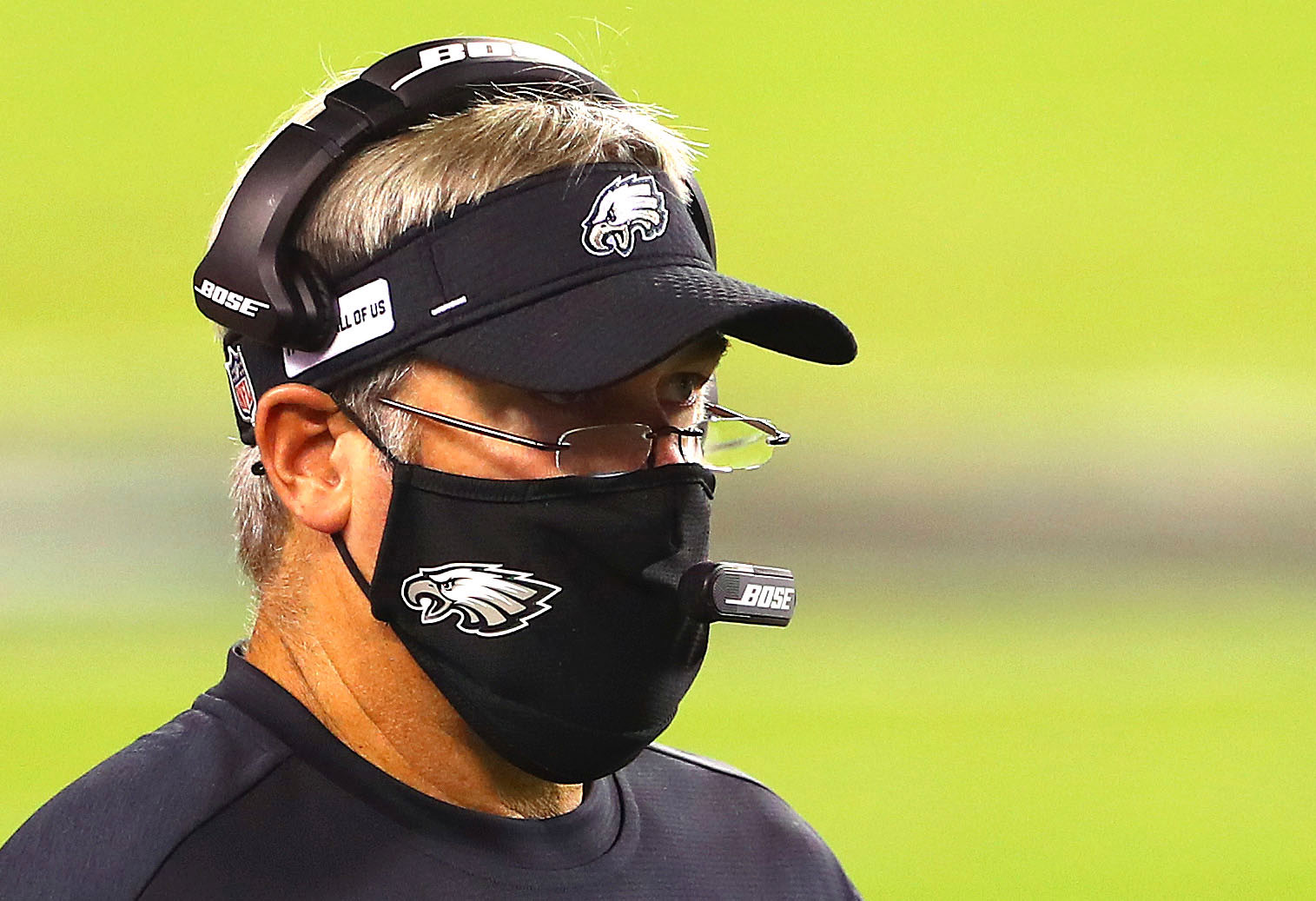 Giants look like they have edge on Eagles in one area

The Eagles did not exactly make a strong impression in...

Take your pick from the late-game meltdowns in Dallas, in Philadelphia and against the Buccaneers. We will go with the fourth-quarter interception thrown by Jones, and then his double-pump, too-late throw to Dion Lewis on a failed two-point conversion pass, both against the Bucs. The Giants were in the driver’s seat, ready to knock off Tom Brady and an NFC powerhouse, and Jones’ late-game failings caused them to run off the road into a 25-23 loss.

Lest we forget amid the recent uptick, this team is 3-7. It is mostly on an offense that has operated since Week 2 without Saquon Barkley. The Giants are 30th in yards per game (306.6), 28th in passing yards (196.1), 16th in rushing yards (110.5) and, most tellingly, 30th in scoring at 19.5 points a game. Add to the lack of production with this — the Giants are 27th in giveaways, with 15 — and it is no secret what is holding them back. Their defense is 12th in the league in scoring, allowing only 23.6 points a game. It is all about the points the Giants do not score.

Do not go rushing to give this coaching staff any credit for Wayne Gallman’s recent ascension. Gallman was buried early in the season. Heck, he was a healthy scratch in Week 2. Even after Barkley went down for the season, Gallman was bypassed by newly signed Devonta Freeman. It was only after Freeman landed on injured reserve that Gallman was given a real chance, although he still must share carries with Alfred Morris. Gallman is not a star, but he runs hard and has five touchdowns in the last four games. This coaching staff, out of desperation, finally found that out.

Prize rookie safety Xavier McKinney will soon be ready to get on the field for the first time following foot surgery. So, this will not be an entirely lost season for the second-round pick. How much action should he see? The Giants are set with Jabrill Peppers and Logan Ryan. McKinney could steal snaps from Julian Love. They have to be careful here, as McKinney did not have any on-field work in the spring, got hurt in late August and has not played all season. The more we see of him the better, but not at the risk of any sort of setback, as he figures prominently in the 2021 plans.