How Matthew McConaughey’s ‘Dazed and Confused’ role launched his career

The actor, playing chilled-out high-school grad Wooderson, leans against a wall with drink in hand. He asks a current student how the latest crop of freshman girls are looking, then applies his Texas drawl to deliver a soon-to-be immortal line: “That’s what I love about these high-school girls, man. I get older, they stay the same age.”

Watching from the sidelines, the film’s editor turned to the producer and said, “This is a movie star.”

The movie was 1993’s “Dazed and Confused” and the proclamation was especially bold because McConaughey didn’t have a particularly big role. It was just his first film. But “Dazed and Confused” provided much of the foundation for who he would ultimately become in Hollywood.

“This movie is his origin story,” says Melissa Maerz, author of “Alright, Alright, Alright: The Oral History of Richard Linklater’s Dazed and Confused” (Harper), out now.

In 1992, McConaughey was a University of Texas film student who’d been in a few commercials when “Dazed and Confused” came to Austin. The movie, directed by Richard Linklater, would follow a group of high-school students as they party, smoke pot and hang out on the last day of school in 1976.

Casting director Don Phillips was having a drink at his hotel one night when the bartender phoned his friend McConaughey to say he should come down and meet the Hollywood player. He did, and won a role by chatting about golf and sharing a joint with Phillips.

McConaughey based his character of Wooderson, a 20-year-old weirdo still hanging around with the high-school kids, on his older brother, Pat.

“When I was 11, his Z28 broke down, so Mama was gonna pick him up from high school, and I’m in the back of the car,” McConaughey says in the book. “We’re drivin’ around, lookin’ for him, and I look out the back window, and I see this iconic silhouette of this guy leanin’ against the wall, knee kicked up, in the shade, smokin’ a cigarette.”

McConaughey loved Ted Nugent, so a costume designer took Nugent’s album “Tooth, Fang & Claw” to a local Kinko’s and had a T-shirt transfer made of the cover image.

The actor remembered a Doors live album on which Jim Morrison barks four “alrights” before a song. McConaughey borrowed it, reasoning that each “alright” would represent one of the four things that made Wooderson tick: his car, weed, rock ’n’ roll, and chicks. (McConaughey only delivered three because Wooderson hadn’t yet scored a chick for the night.)

“The minute he said that ‘alright, alright, alright’ thing, I just went, ‘Oh, my god, for the rest of time, people are going to be saying everything this motherf–ker says,’ ” set decorator Deb Pastor said in the book. 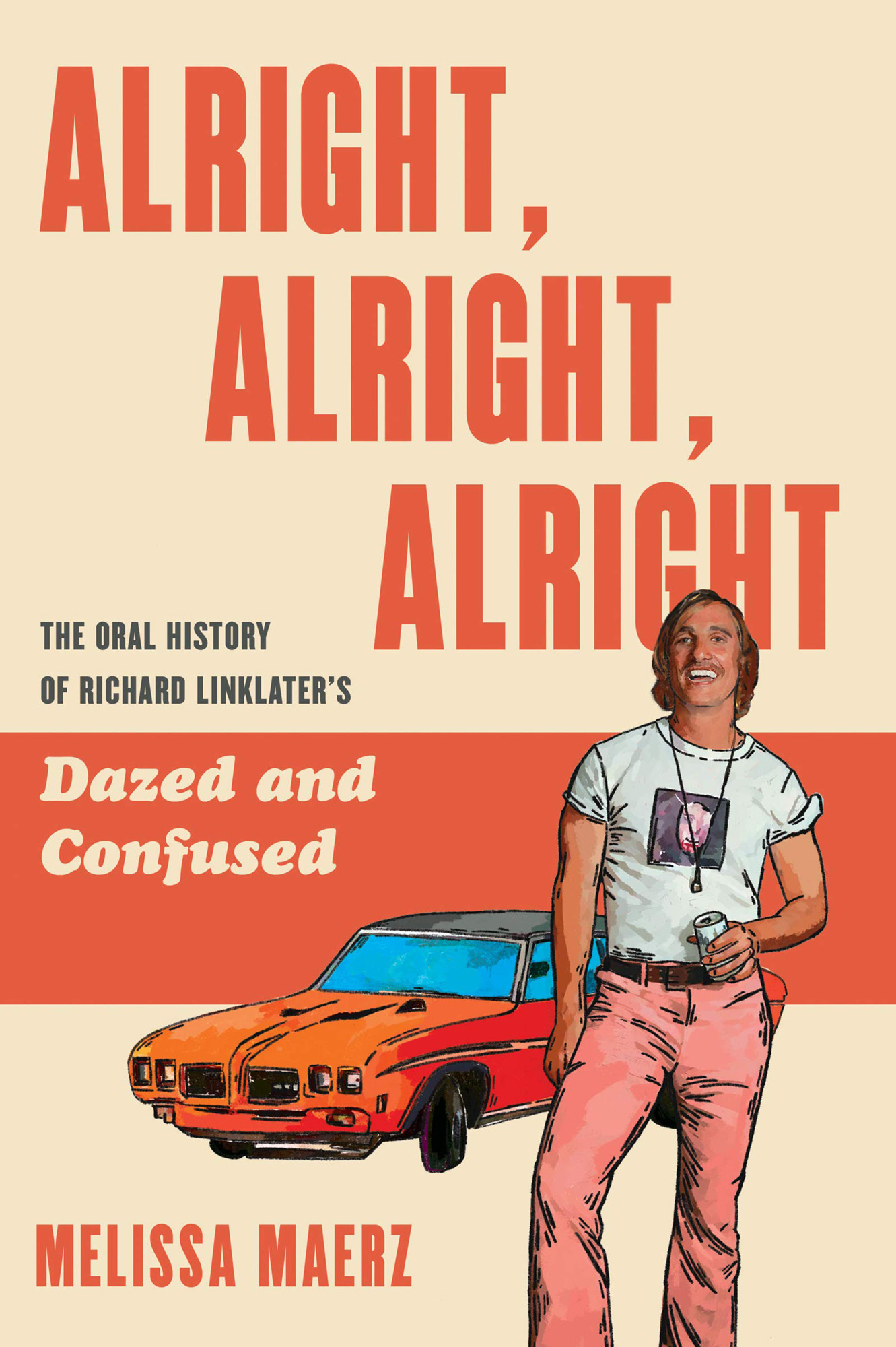 The line was inspired by the death of McConaughey’s father midway through production. He took a walk with Linklater, talking about mourning, and landed on what’s become known as the “jkl” philosophy.

It’s a mantra that’s served him well. During the last week of the film’s production, McConaughey decided to move to Los Angeles and pursue a film career. He carved the phrase into his car and had it as his outgoing answering-machine message for a while. Twenty-seven years after “Dazed and Confused,” he is now an Oscar-winning icon, with a production company and charitable foundation both named Just Keep Living.

Most Popular This Week
1
Tom Brady Jokes About Retiring to Be in ‘Hamilton’ ...
2
Paris Hilton ‘Likes’ Tweets About Not Taking Britney Hearing ...
3
Jana Kramer Is Still a ‘Single Mom’ After Backlash: ...
4
What the 'Friends' Reunion Taught Jennifer Aniston About Matthew ...
5
Ashley Tisdale: How I Discovered Breast-Feeding ‘Isn't Meant’ for ...
6
Teen Mom 2's Javi Marroquin Files Restraining Order Against ...
7
Rosie O'Donnell Details 25-Year Friendship With 'Classy Guy' Tom ...
8
17 Stylish Summer Rompers — And the Shoes to ...
9
Instantly Enhance Your Glow With This Influencer-Approved Eye Stick
10
Is Sophie Back? This Is Us' Alexandra Breckenridge Filmed ...