A mineral made in a Kamchatka volcano may hold the answer to cheaper batteries, find scientists.

Researchers from St. Petersburg University in Russia found a beautiful new mineral species called "petrovite," created in the volcanos of the remote region of Kamchatka in the country's far east.

The research team that found petrovite was headed by crystallography professor Stanislav Filatov, who studied the minerals of Kamchatka for over 40 years. The area offers amazing mineralogical diversity, with dozens of new minerals found there in recent years, according to the University's press release.

Specifically, Filatov focused his attention on scoria (or cinder) cone volcanos and lava flows formed after the eruptions of the Tolbachik Volcano in 1975-1976 and 2012-2013. 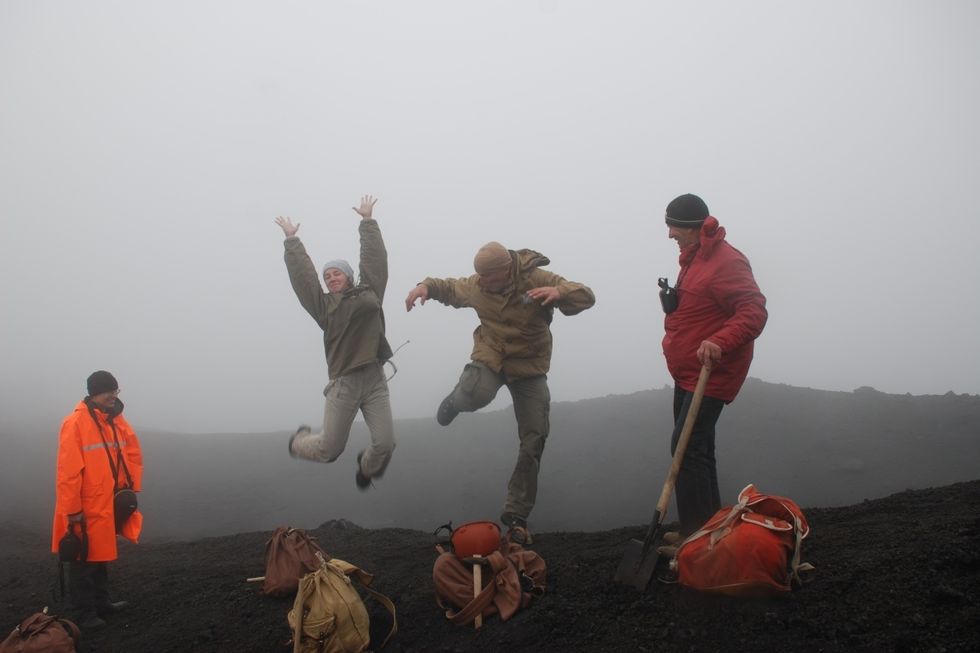 Excited Russian scientists at the edge of the volcanic area in Kamchatka where the mineral was found.

Petrovite, the blue and green mineral Filatov's team discovered, with the chemical formula of Na10CaCu2(SO4)8, contains oxygen atoms, sodium sulphur and copper in a porous framework. 'The copper atom in the crystal structure of petrovite has an unusual and very rare coordination of seven oxygen atoms," explained Filatov.

The scientists think its structure of voids connected by channels, which can pass through small sodium atoms, holds potential for ionic conductivity. The mineral may be adaptable as cathode material in sodium-ion batteries. Due to the abundance of salt, sodium-ion batteries could be a very inexpensive alternative to lithium-ion batteries you can commonly find in many devices today.

"At present, the biggest problem for this use is the small amount of a transition metal – copper – in the crystal structure of the mineral," added Filatov. "It might be solved by synthesizing a compound with the same structure as petrovite in the laboratory.' 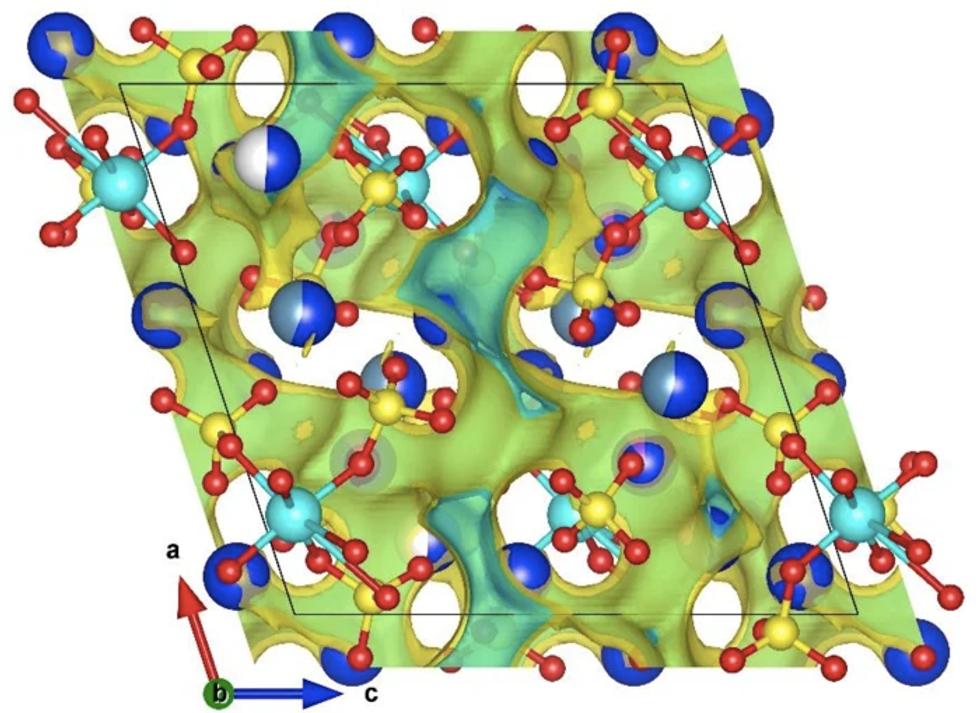 The mineral was named "petrovite" not in honor of (as you might first guess ) Peter the Great, the founder of St. Petersburg, but in recognition of Professor Tomas Petrov, a crystallographer at the university. He was part of the team that was first in the world to synthetically grow malachite.

Besides researchers from St. Petersburg University, other Russian scientists involved came from the Institute of Volcanology and Seismology of the Far Eastern Branch of the Russian Academy of Sciences and the Grebenshchikov Institute of Silicate Chemistry.

Check out the new study published in Mineralogical Magazine.