Meet a spectacular new blue, the first inorganic new blue in some time.

The color you're looking at in the unretouched photo above is a stunning new blue called "YInMn Blue." It's the first new inorganic blue pigment developed in hundreds of years. "YInMn Blue" is a contraction of Yttrium, Indium, and Manganese, and the pigment was invented by a team of chemists led by Mas Subramanian at Oregon State University (OSU).

The color was invented in 2009, but it took until last spring for the U.S. EPA to approve it for general use — the agency refers to it as "Blue 10G513." Before that, the Shepherd Color Company had licensed it in 2016 for exterior use, and knockoffs of the color popped up here and there in Etsy offerings. It even inspired a new Crayola color called "Bluetiful." Appropriate. 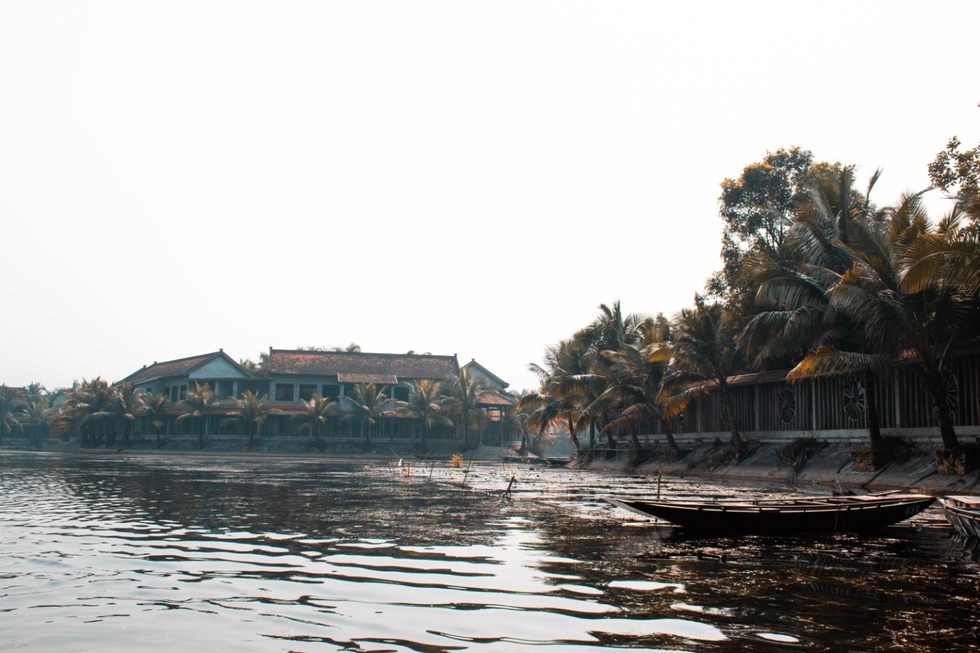 YInMn Blue is the latest character in an odd story: humanity's relationship with the color blue.

For a long time, humans apparently took no note of blue, which is weird. Though blue isn't especially common in vegetation and stone, there's no other color that so envelops us — in the sky above and on the face of the oceans that surround us. (BTW, the late George Carlin once lamented a paucity of blue foods.)

There are no ancient European year-old cave paintings with blue pigments, though it does appear in some African cave art. There's no mention of it in the Bible. Though there are plenty of references in Homer's Odyssey to white and black, and a few to red and yellow, there's no blue. He refers to the color of the sea as "wine-dark."

Some historians hypothesize that early humans might have been color-blind, capable only of seeing black, white, red, and eventually yellow and green. Perhaps they just weren't very interested in the idea of color altogether.

Maybe, though, a more likely explanation is that lacking a concept, and a word, for blue, ancient people lacked a frame of reference for understanding what they were seeing. Radiolab did a fascinating episode about this possibility.

A BBC documentary found that people from a Namibian tribe with no separate words for green and blue couldn't differentiate green from blue squares, though there's some controversy about the experiment. What is true, though, is that Eskimos see more types of snow because they have 50 words for it. (The word "Eskimo" groups together the people of the Inuit and Yupik families.) We see just a few. 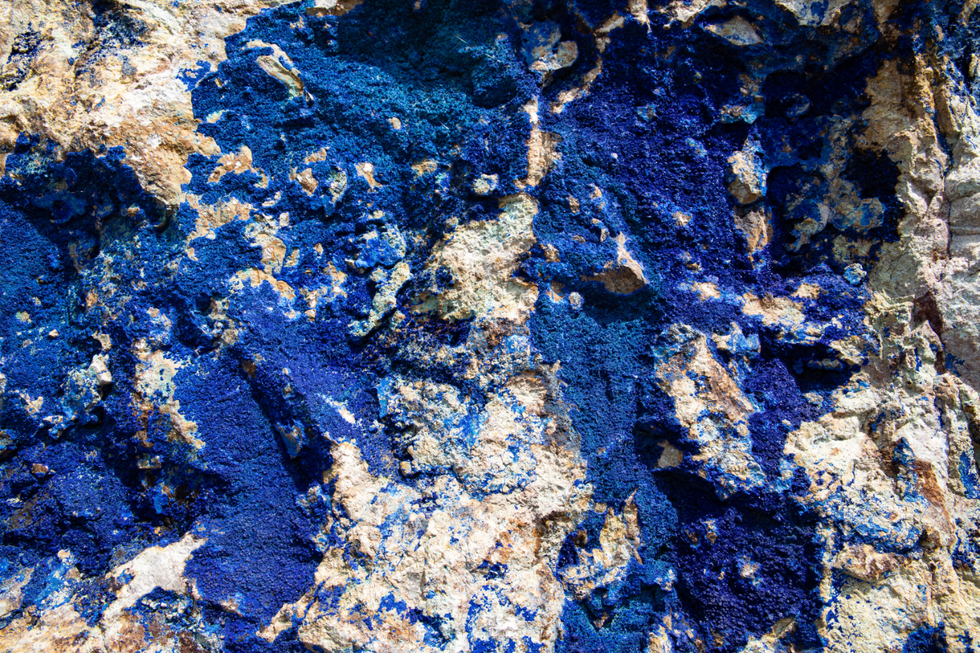 While Homer, et al., were stumbling around clueless, it seems that the first folks to get blue were the ancient Egyptians, who were entranced by the semiprecious Afghan stone lapis lazuli about 6,000 years ago. They gave the color a name — ḫsbḏ-ỉrjt — and used the stone liberally in jewelry and headdresses.

The Egyptians even attempted to make paint from the mineral, but failed. In 2,200 B.C. they finally succeeded at producing a light-blue paint, cuprorivaite or "Egyptian blue," from heated limestone, sand, and azurite or malachite. Egypt's precious blue pigments eventually became valued by royalty in Persia, Mesoamerica, and Rome.

The earliest successful lapis lazuli paint — and ultimately Europe's first great blue — appeared in 6th century Buddhist paintings from Bamiyan, Afghanistan. Imported into Europe in the 14th and 15th centuries, ultramarine — from ultramarinus, or "beyond the sea" — was used only in expensive commissioned artwork until a French chemist developed a cheaper, synthetic version in 1826. True ultramarine was both so coveted and pricey that, according to the Metropolitan Museum, Vermeer impoverished his family to purchase it, and there's a story that one of Michelangelo's paintings, "The Entombment," was left unfinished because he couldn't afford the ultramarine it required. At the other end of the cost spectrum was the affordable blue dye indigo, made from the plant Indigofera tinctoria, and imported to Europe in the 16th-century.

Over time, more blues appeared. In 1706, German dye-maker Johann Jacob Diesbach came up with Berliner Blau, or Prussian blue, accidentally when potash he was using to make red pigment was contaminated with animal blood that paradoxically turned it blue. 1802 saw the invention of cobalt blue, based on the 8th- and 9th-century blue pigments used in Chinese porcelain, by French chemist Louis Jacques Thénard. Cerulean blue — from caerulum, meaning "heave" or "sky" — was the last major blue introduced before YInMn Blue. It was invented by Albrecht Höpfner in 1789.

Back to the new blue

The discovery of YInMn Blue occurred when chemistry grad student Andrew Smith was heating manganese oxide to approximately 1200 °C (~2000 °F) to investigate its electronic properties. To his surprise, what emerged from the heat was a brilliant blue compound. Recalls Subramanian: "If I hadn't come from an industry research background — DuPont has a division that developed pigments, and obviously, they are used in paint and many other things — I would not have known this was highly unusual, a discovery with strong commercial potential."

Subramanian knew, he told NPR in 2016, "People have been looking for a good, durable blue color for a couple of centuries." OSU art students soon began experimenting with the new color, incorporating it in watercolors and printing. In 2012, Subramanian's team received a patent for YInMn Blue.

Bonus: Previous blue pigments are prone to fading and are often toxic. These are problems that don't afflict YInMn Blue. "The fact that this pigment was synthesized at such high temperatures signaled that this new compound was extremely stable, a property long sought in a blue pigment," says Subramanian in the study documenting YInMn Blue.

Subramanian and his colleagues have been developing colors ever since, including new bright oranges, new purples, and turquoises and greens. Currently, they're on the hunt for a chromatic Holy Grail: a stable, heat-reflective, and brilliant, red. It's a challenge. While red is among the oldest colors, Subramanian calls the shade he seeks "the most elusive color to synthesize."