At long last, the 2020 NBA Draft is complete. Five months late and and following an unusual pre-draft process because of the COVID-19 pandemic, NBA teams have finally injected their rosters with some

Five months late and and following an unusual pre-draft process because of the COVID-19 pandemic, NBA teams have finally injected their rosters with some youth in hopes of finding the next stars.

At first blush, here’s how each team graded out with their picks from Wednesday night:

Okongwu is an exciting big man with athleticism, but unless the Hawks have more moves coming — with Clint Capela and John Collins in their frontcourt — it’s a questionable fit.

The Celtics needed shooters off the bench and got a pair in Nesmith, who is coming off foot surgery, and Pritchard, who can bring some energy as a backup point guard. They then traded away the No. 30 pick for two future second-rounders and got a stash in Madar.

The Nets traded their No. 19 pick for Clippers guard Landry Shamet before taking Perry late. It remains to be seen if the Shamet deal is a precursor to something bigger.

Ball could have gone No. 1 but the Hornets gladly scooped him up at No. 3. The Hornets got a legit playmaker — even if his dad once said he could beat their principal owner, Michael Jordan, in one-on-one — whose ceiling could be special. They followed up by adding some young size and another scorer in Riller.

The Bulls went off the board and picked Williams, who was the ACC’s Sixth Man of the Year in his only season of college basketball. They’re hoping they can tap into his potential and versatility to make this pick look worth it down the road.

Most mock drafts had the Cavs taking Obi Toppin with the fifth pick but they went for the physical wing and strong defender instead. How much Okoro’s offense grows to match his defense will make or break this pick down the road

The Mavericks might have something with this class. Green has plenty of athleticism and can play defense, Terry was a late riser and Bey adds another defensive presence.

Hampton could be one of the steals of this draft if his shot improves. The former top recruit lost some buzz when he played overseas instead of in college, but the Nuggets have done well recently with players who may have slidden down draft boards. Nnaji also brings some upside and size.

The Pistons are overhauling their roster under new GM Troy Weaver and he got off to a strong start Wednesday night. They were active in trades and ended up with three picks in the top 20. Hayes and Stewart could be key pieces with some development while Bey offers the steady presence that comes with playing under Jay Wright.

The Warriors’ minds may have been straying toward Klay Thompson’s health, but they did get a strong addition in Wiseman, who could help them fight for a title if they are at full strength. He’s coming off a longer layoff than most, but he was a top recruit for a reason.

It was a mostly quiet night for the Rockets, who traded the No. 16 pick with Trevor Ariza to the Pistons and then hung onto James Harden and Russell Westbrook for now, at least. Martin has some good NBA bloodlines, but who knows what kind of locker room he’ll be entering.

Another team that had to wait late into the night to make their only selection, the Pacers went with Stanley, hoping he can be a 3-and-D wing.

The Clippers got Luke Kennard in a three-team deal with the Pistons and Nets, but gave up Landry Shamet in the process. Oturu offers some size inside while Scrubb is an interesting pick from junior college.

The Grizzlies traded into the first round and landed Bane, who was one of the top shooters in the class and could benefit from Ja Morant’s passing. Tillman could be useful on defense while Woodard offers a 3-and-D wing.

The Heat had a young big man break out this season in Bam Adebayo, so they added another one. Achiuwa may still be a bit raw, but he’s got plenty of upside.

The Bucks made their splash in the leadup to the draft, trading for Jrue Holiday, then added a pair of shooters who could be useful off the bench, like the Celtics.

It was a tough year to have the No. 1 pick, with no consensus on the top player, but Edwards certainly has the potential to be a star. He may have raised some eyebrows with his recent comments about not being a fan of watching basketball, but could make people forget about that with his own play. Bolmaro was one of the top stashes while McDaniels is still raw.

A year after crushing the draft just by virtue of selecting Zion Williamson, the Pelicans got him a playmaker who can blaze past opponents. Lewis may need to fill out his frame but he could be fun to watch with Williamson. 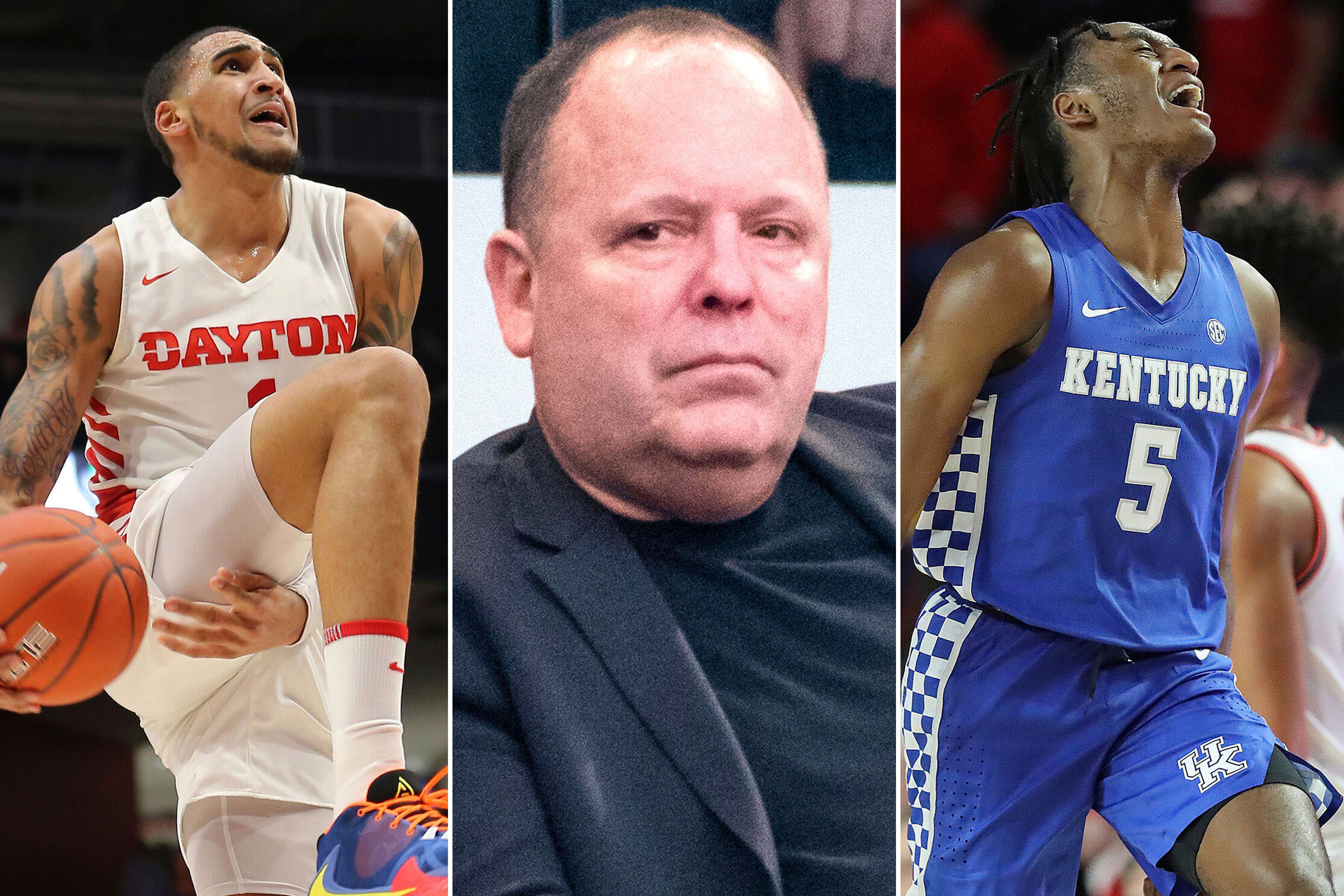 The Knicks did well for themselves Wednesday night. They got...

The Knicks didn’t have to trade up, after all, to get Brooklyn’s own Toppin. He was the best player in college basketball last year and brings an offensive punch that needs some work on defense. They later turned the No. 27 and 38 picks into No. 25 and a future second-round pick, hoping Quickley is the latest Kentucky standout to star in the NBA.

Contrary to popular belief, the Thunder do not own every first-round pick of the next five drafts — but they certainly seem to be trying. After a busy week of trades, they had a mostly quiet draft by picking a pair of international prospects. Pokusevski needs some time to develop, but the Thunder are in no rush.

The Magic are banking on Anthony bouncing back from a tough season at North Carolina, which was set back by knee surgery. If he returns to being the player that was a top recruit out of high school, the Magic could have a gem. 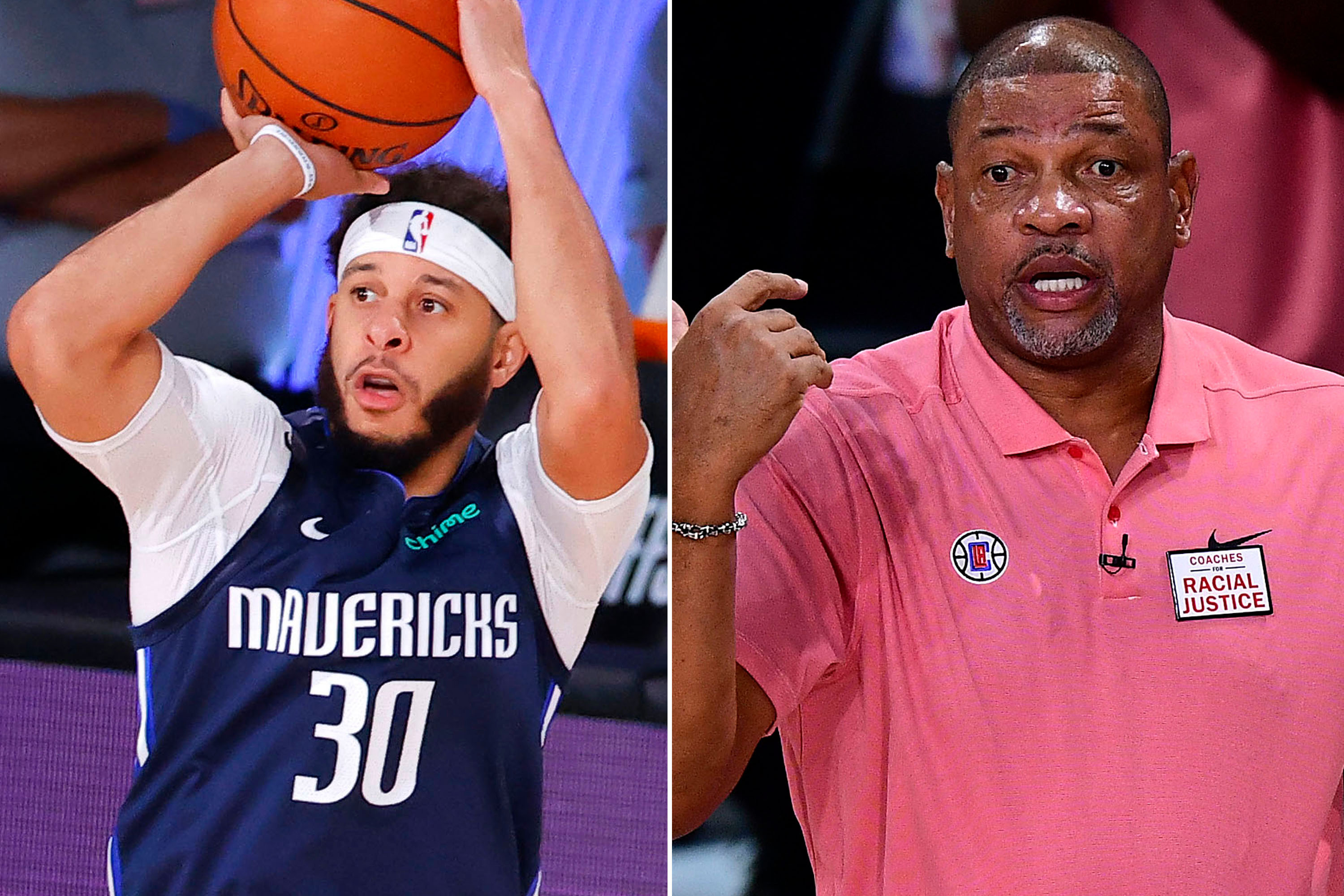 How would you like it if your father-in-law was your...

The Daryl Morey and Doc Rivers era in Philadelphia got off to a solid start, with the 76ers landing Maxey after the two-way weapon slipped just a bit to 21. Maledon could develop into a useful piece at point guard while Joe is another strong shooter.

The Suns pulled off another surprising pick when they took Smith well ahead of where most had him projected to go. He can block shots and shoot the 3, but there were plenty of other intriguing options here

Elleby averaged 18.4 points and 7.8 rebounds per game while shooting 39.6 percent from the field last season, but he may have been a bit of a reach.

The Kings had to be thrilled with Haliburton falling into their laps. After some thought that he could have gone as high as No. 4, Haliburton will join a backcourt that features De’Aaron Fox and Buddy Hield.

Vassell seems like he could be the next gem the Spurs unearth as a 3-and-D wing who was a late bloomer. They followed that up by picking Jones, another player who could benefit from the Spurs’ development process.

With Fred VanVleet possibly leaving in free agency, the Raptors drafted for a position of need in Flynn, who was a dynamic scorer in college.

Azubuike brings plenty of size and physicality inside behind Rudy Gobert, whose name has been floated in trade rumors. Hughes was the ACC’s top scorer last season.

Avidja dropped but could be a strong pickup for the Wizards if his aggressive offensive mentality sticks in the NBA. Winston was a heart-and-soul type of player at Michigan State who could carve out a role.