The Food Network star doesn't shy away from the grittier aspects of farm life.

The Pioneer Woman is welcoming fans to life on the frontier.

In Ree Drummond’s new memoir, “Frontier Follies: Adventures in Marriage & Motherhood in the Middle of Nowhere” (out Nov. 17), the chef and mom famous for chronicling the life and food on her Oklahoma ranch delves into the realities of raising four children and a foster son. The book also goes behind the scenes of her down-to-earth cooking show, “The Pioneer Woman,” which has aired on the Food Network since 2011.

In the book, the 51-year-old blogger doesn’t shy away from the less-than-glamorous aspects of farm life — cattle castration, for instance, is definitely on the table. But so are some of the quirkier aspects of her family, her guilty pleasures and her feisty personality.

Here are the wildest revelations from the home-cooking chef. 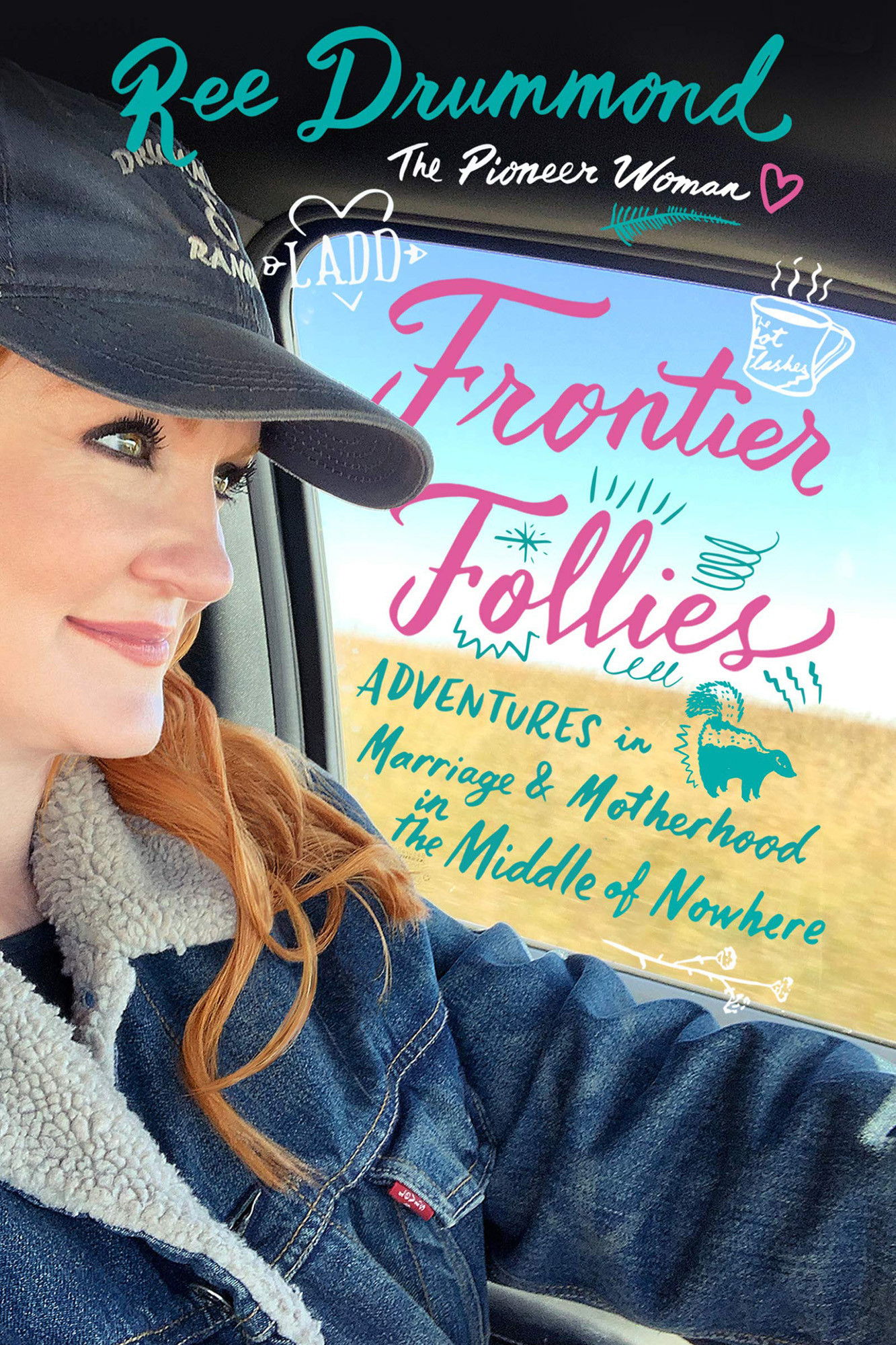 Slurping is forbidden in her house

Drummond suffers from a condition called misophonia. “My sweet [daughter] Paige would eat a bowl of cereal and my insides would come unglued,” Drummond writes. “My youngest child, Todd, would slurp and I could feel my blood start to boil.” After realizing her “little problem” was a recognized issue two years ago, the chef has stopped buying stone fruits, like mangoes and peaches. “They’re so dangerously slurpy, after all.”

Because they live on a cattle ranch, the bull calves must be castrated when they’re young. “Calf nuts, at certain times of the year, are everywhere on the ranch,” writes Drummond. They are, in fact, edible, she adds. Her brother-in-law Tim fries them, which Drummond finds delicious.

Her husband, Ladd, is a picky eater

Although “The Pioneer Woman” regularly cranks out exciting dishes such as green chili and chicken-fried steak with ziti, her hubby has a limited palate. “Imagine if you will, a cowboy who thinks the sun rises and sets on a steak and baked potato,” writes Drummond. Good thing they live on a cattle ranch.

Her family recently took in a foster son

“His name is Jamar. I haven’t written or spoken publicly about him much . . . because I feel protective of Jamar and have always wanted his story to be his own and not fodder for my social media,” she writes.

The chef didn’t say how long the 18-year-old has been with their family or the circumstances that led them to foster him. Drummond hadn’t met the newcomer until he came to move in, although she now calls him her “bonus son.”

Her casa is not su casa

If you’re ever in Pawhuska, Oklahoma, you can take a free tour of “The Lodge,” the filming location of “The Pioneer Woman.” But don’t confuse it with her actual house: One time, fans tried to get into her home, thinking it was “The Lodge,” while the mom was relaxing in the bath.

While filming the first season of “The Pioneer Woman,” they used 131 pounds of butter. That’s since gone down to about 75.

She’ll do anything for a taste of the ocean

Drummond is famously landlocked, but she’ll go the distance for fresh fish. After attending college in southern California, the ranch maid got to taste some of the best seafood around. Every once in awhile, she’ll hire a sushi chef to cater a meal for friends at the ranch.

She knows true grit in the delivery room

Drummond has experienced the full range of birth experiences. After having an epidural while giving birth to her oldest children, she opted to go natural for her son Bryce. Although the star called the experience “hell,” Bryce’s birth was her favorite. “It made me feel alive,” she writes. Her last child, Todd, was born via cesarean section.

Ramona Singer from “New York City” and Vicki Gunvalson of “Orange County” are her favorite housewives.

One time in college, Drummond went to a costume party dressed as a cat. She refused to speak English and only meowed throughout the night, much to the dismay of a friend. “I can fully commit to being completely annoying, even past the point where it affects relationships,” she writes. Case in point: That friend is now an ex-friend.