If this was a usual NBA Draft held in June, it would’ve been difficult to forecast. Factor in there was no NCAA Tournament, limited access to prospects because of COVID-19, no real combine and

If this was a usual NBA Draft held in June, it would’ve been difficult to forecast. Factor in there was no NCAA Tournament, limited access to prospects because of COVID-19, no real combine and extra months for teams to analyze and over-analyze players, and Wednesday night’s virtual draft could be littered with trades and surprise selections.

Scouts and evaluators believe there will be more guessing, with such little disparity between most of the players and the pandemic erasing the opportunity to create separation. Even the top pick — Anthony Edwards, James Wiseman and LaMelo Ball are all in play — is uncertain.

This is how The Post sees what has all the makings of a wild first round playing out.

Ball has the highest upside of any prospect in the draft. His length at 6-foot-7, vision and shooting range will ease the burden on Karl-Anthony Towns and D’Angelo Russell.

The Warriors will be back in contention after an injury-marred, 15-win season and the 7-foot-1 Wiseman fills a glaring need in the paint with his rim-protecting and finishing ability.

One of the most well-rounded prospects in the draft, the multi-dimensional 6-foot-9 Israeli can form a dynamic forward tandem with emerging Finnish big man Lauri Markkanen.

The explosive 6-foot-9 forward has gone from an under-recruited project to the National Player of the Year in the span of three years. Don’t be surprised if he ends up as the best player in the draft.

The Hawks have to go best player available here even if it means some redundancy, having just traded for Clint Capela. The 6-foot-9 Okongwu is considered by most experts the best big man in the draft.

Point guard-needy Detroit shouldn’t even bother with the five minutes they’re given to decide. The 6-foot-5, sharpshooting Haliburton is the obvious selection.

Knicks president Leon Rose wants to compete for the playoffs in his first season, so he gives coach Tom Thibodeau a 3-and-D wing capable of contributing immediately.

The 6-foot-6 Okoro can immediately help the Wizards’ woeful defense — he’s been compared to Andre Iguodola — and has shown glimpses of untapped playmaking potential.

Phoenix is going for it, as the trade for Chris Paul would suggest, so adding an immediate two-way contributor on the wing like Bey is the clear pick.

Don’t be surprised when the physical 6-foot-8 wing capable of playing multiple forward positions puts up better numbers in the NBA than he did with the Seminoles (9.2 points and 4.0 rebounds).

Sacramento needed a shooter before dealing Bogdan Bogdanovic to the Bucks and now that need becomes a necessity, so who better than the top shooter in the draft?

Just imagine the alley-oops the speedy Lewis could create with Zion Williamson on the receiving end. Lewis is New Orleans’ future and present at point guard after Jrue Holiday’s departure.

A smart franchise like the Celtics looks past Anthony’s forgettable season at North Carolina, focusing on his strengths that led teams to view him as a top-five pick at this time last year. 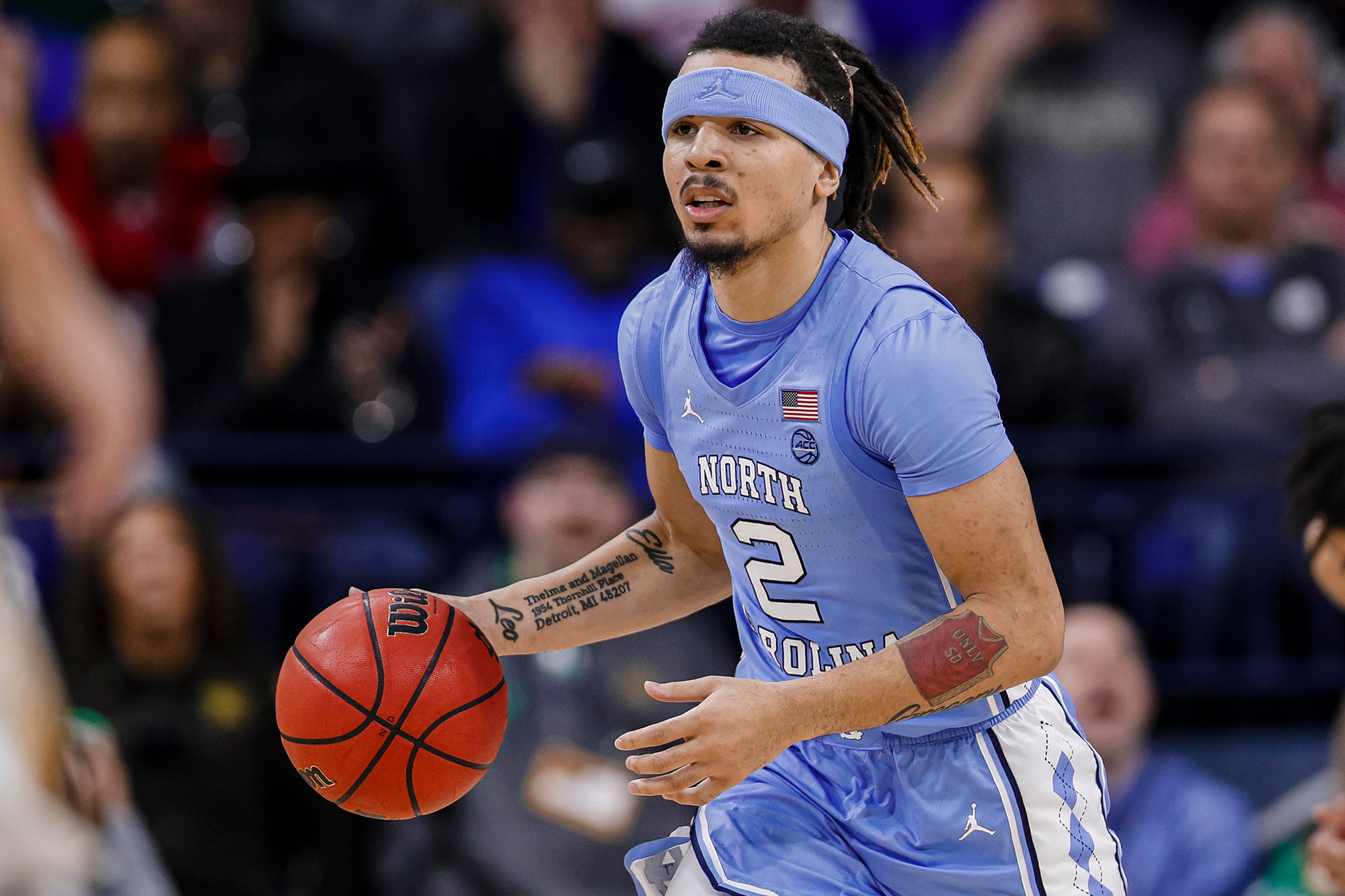 For months, his stock has fallen like a steady rain....

Orlando’s backcourt is Markelle Fultz, Evan Fournier and little else. Maxey will be able to score in the NBA and his shot will improve.

Hayes falls further than expected, but the destination is optimum, getting the chance to play through mistakes for the rebuilding Rockets.

The 6-foot-9 Achiuwa can defend and rebound at a high level — qualities that help the Timberwolves from Day 1.

Value over need. Hampton doesn’t solve the Mavericks’ issues on the wing, but he can play either guard spot and his length and quickness — he’s 6-foot-4 with a 6-foot-7 wingspan — should translate, even if his jump shot will take time.

Wing depth is essential for a title contender, especially if the Nets are going to land James Harden, since it could cost them Caris LeVert.

Smith is one of the best shooting big men in the draft and he’s a viable rim protector. His ability to defend mobile forwards, though, is a concern.

One of the premier shooters in the draft, the 6-foot-6 Bane is a plug-and-play guy who gives the 76ers needed floor spacing.

The 7-footer is an intriguing prospect, with his unique skill-set of 3-point shooting, shot-blocking and passing ability. The thin-as-a-rail Serbian just needs to add at least 20 pounds. 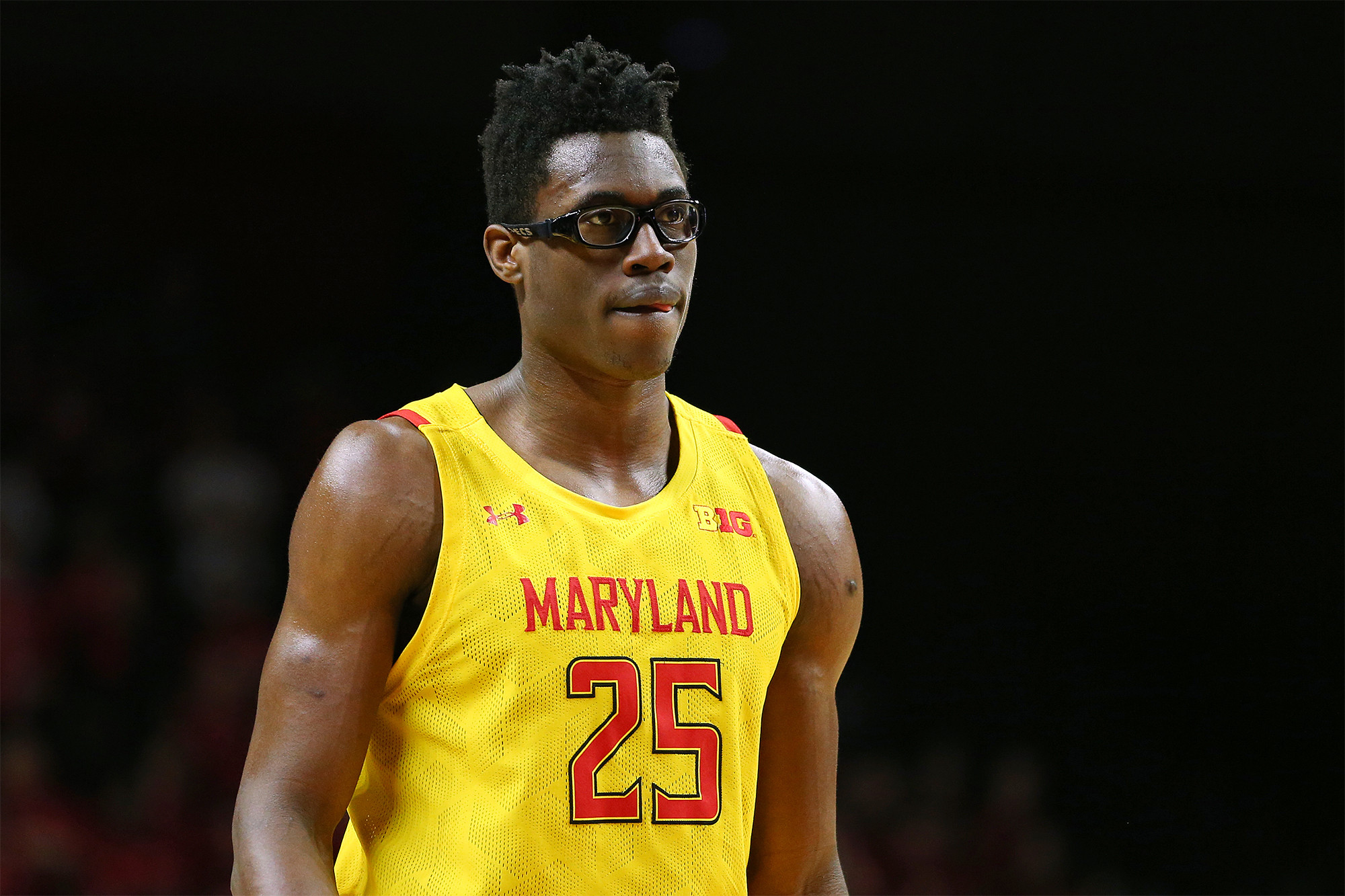 Utah’s defensive shortcomings cost them in an opening round playoff loss to the Nuggets, so they secure a potential high-level defender in the Pac-12 Defensive Player of the Year who has a 7-foot-1 wingspan.

Milwaukee is all-in to win it this year, which makes the underrated Flynn a fit as a valuable reserve who can run a team and hit big shots.

Oklahoma City is known for getting results out of raw and athletic projects like the 6-foot-9 McDaniels.

Boston’s three first-round picks gives it the option of a stash pick like the 6-foot-7, 20-year-old Bolmaro, a playmaker in need of further seasoning.

The Knicks don’t have a capable point guard on their roster and while Jones’ shooting is a question, his defense alone will earn him a spot in Thibodeau’s rotation.

While it will take McDaniels time to develop, Terry can immediately produce as a shotmaker on the perimeter, and there is reason to believe he can develop as a secondary playmaker next to Shai-Gilgeous Alexander.

Fred VanVleet insurance if he leaves in free agency, Pritchard is a winner, a high IQ lead guard who was the Bob Cousy Award winner (best point guard) and maximizes his ability.

Big and physical, the 6-foot-11 Nnaji has showcased touch from the perimeter in workouts that would eventually provide spacing for the Celtics’ many slashers.