The fizz biz is booming again.

The Champagne industry is seeing sales skyrocket as revelers celebrate the recent win of president-elect Joe Biden. This comes after a long dry spell during the celebration-less pandemic, when sales of bubbly went flat during the coronavirus pandemic.

The city’s pharmacies are also reporting a similar booze “deluge,” with one drugstore reportedly recording more Champagne sales in the past 12 hours than during any previous holidays. 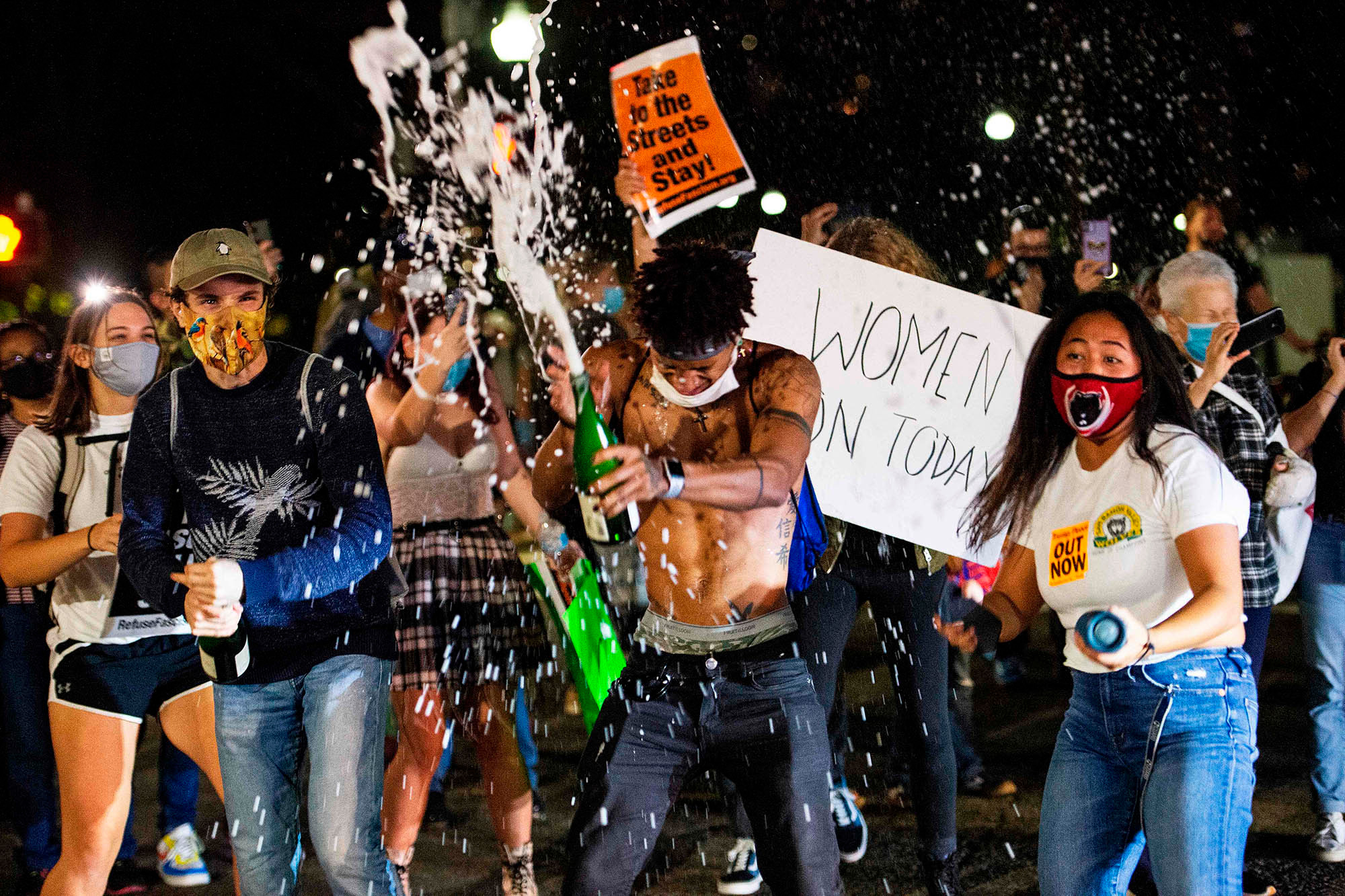 Supporters of President-elect Joe Biden spray Champagne as they take to the streets of the city to celebrate his win in the 2020 US Election on Nov. 7, 2020 in Boston, Massachusetts. 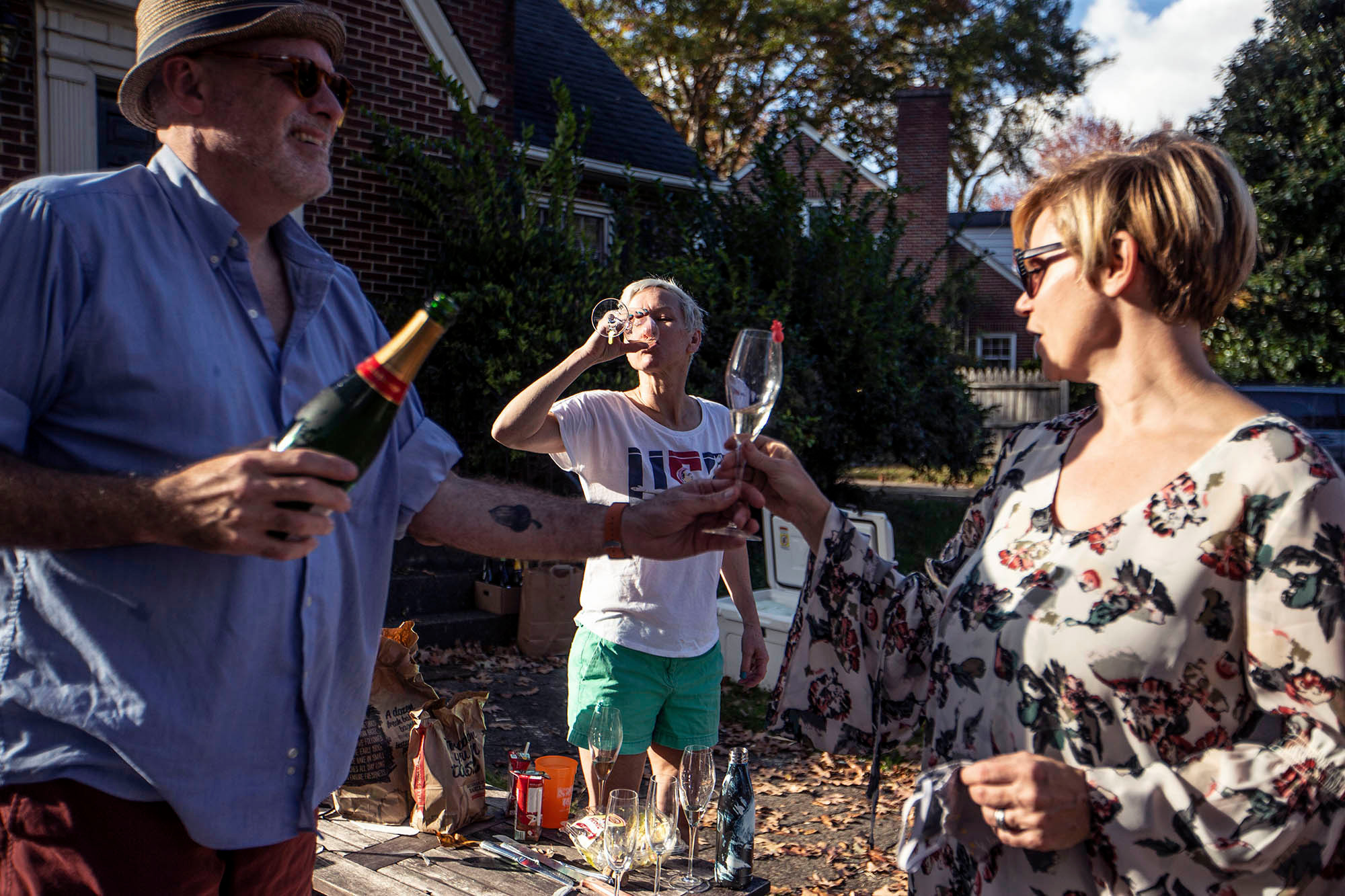 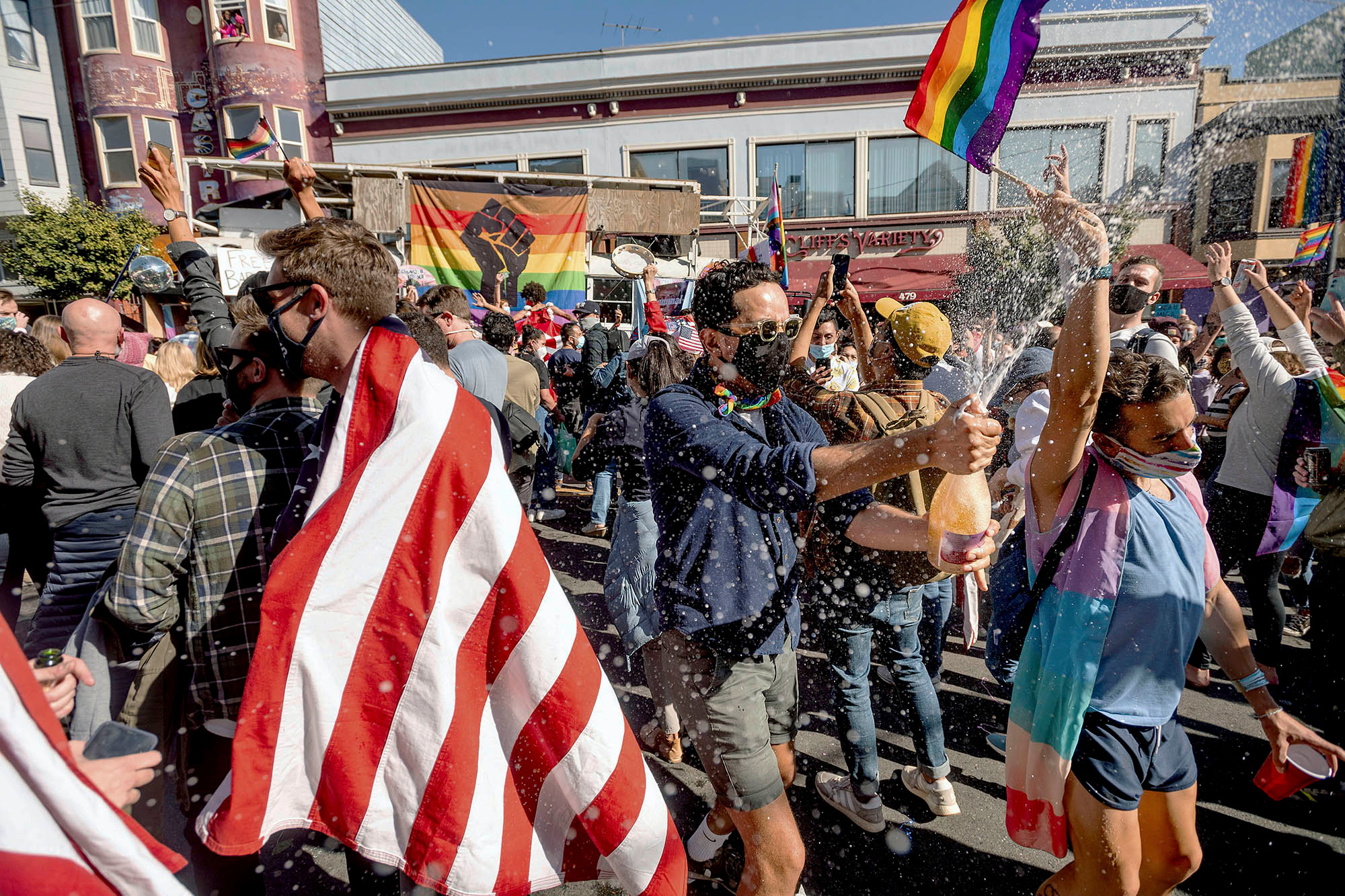 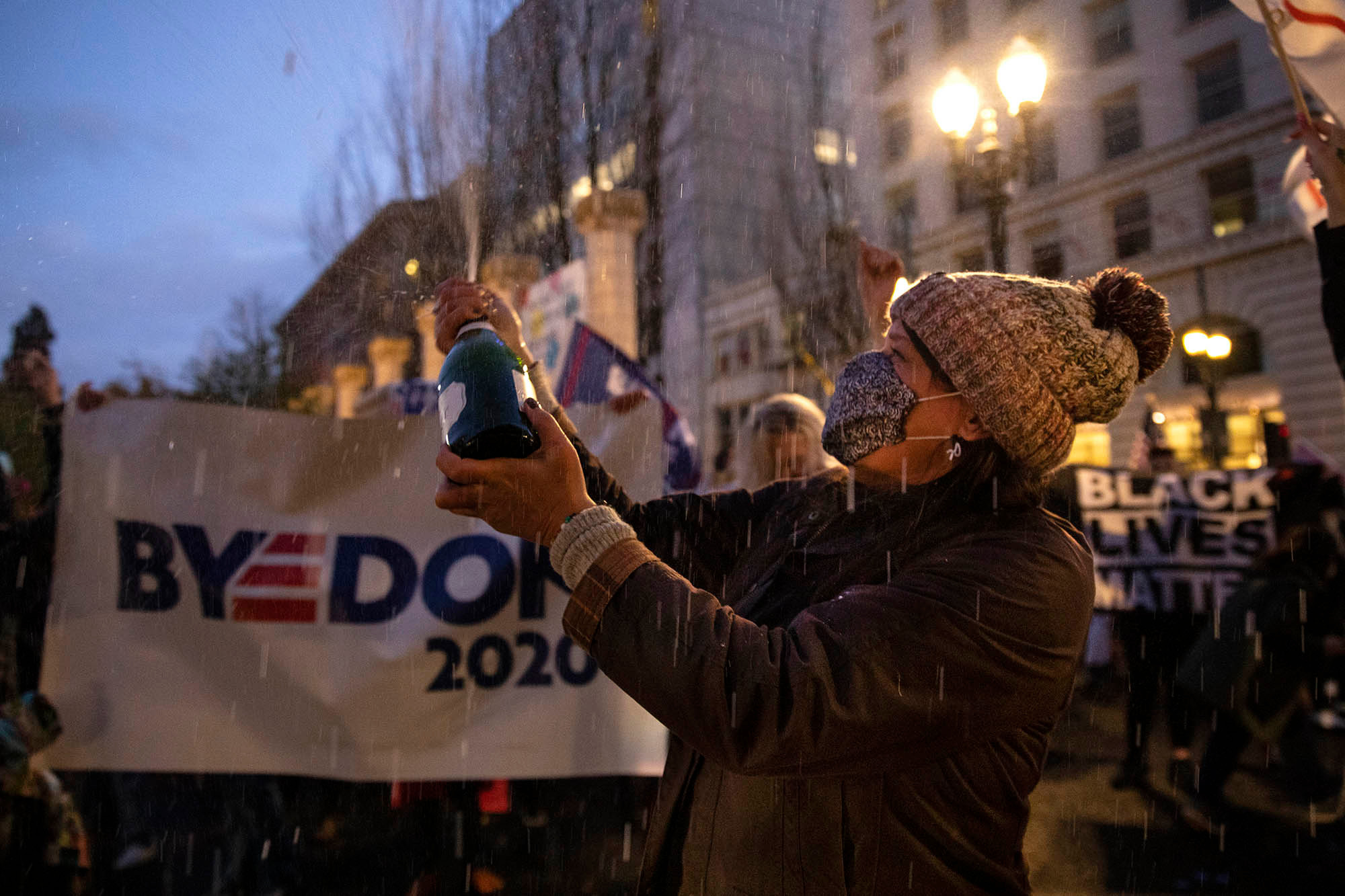 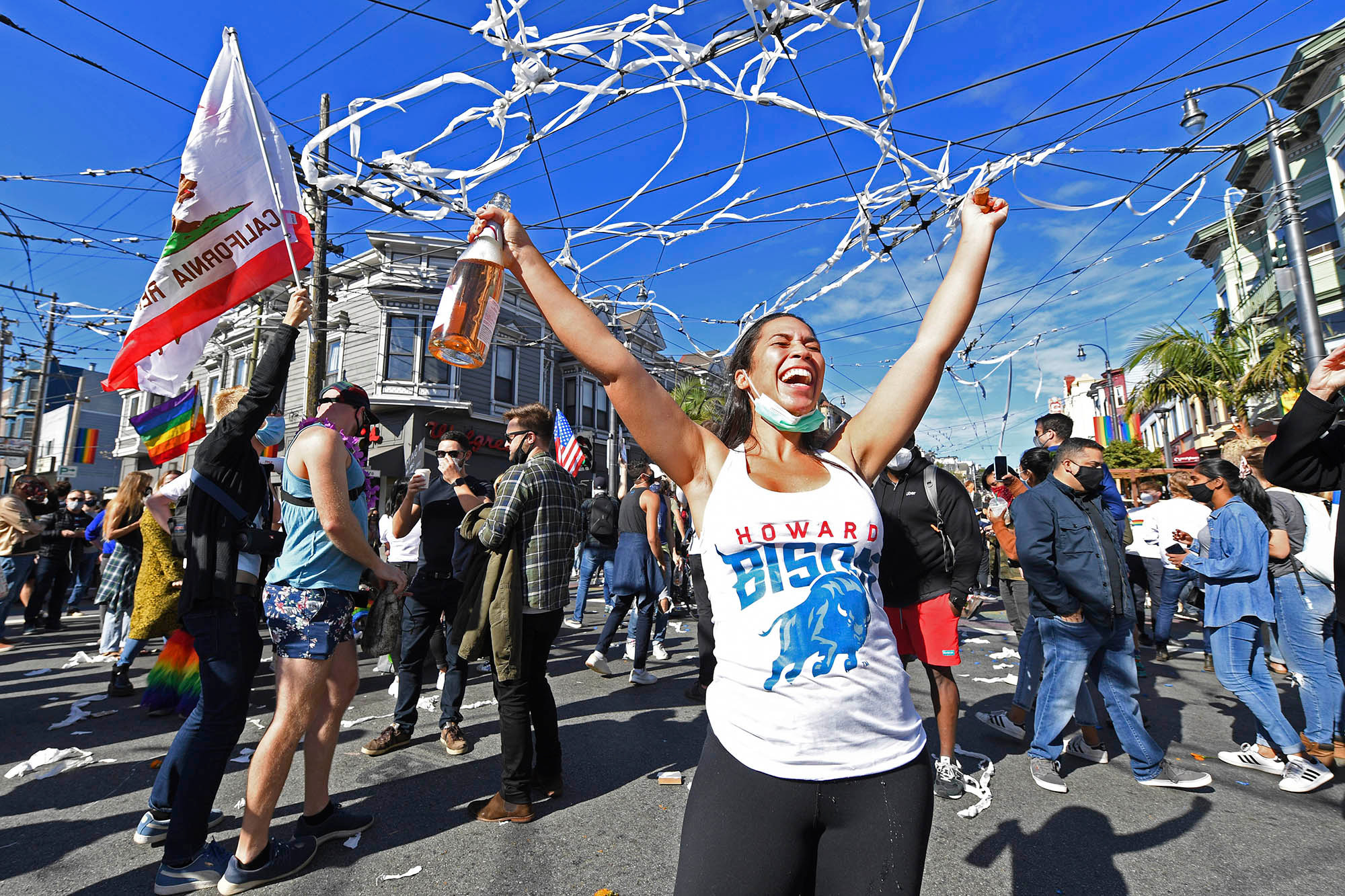 Talia Johnson celebrates with a bottle of Champagne after hearing the news that former vice president Joe Biden has won the 2020 presidential election in San Francisco, Saturday, Nov. 7, 2020. 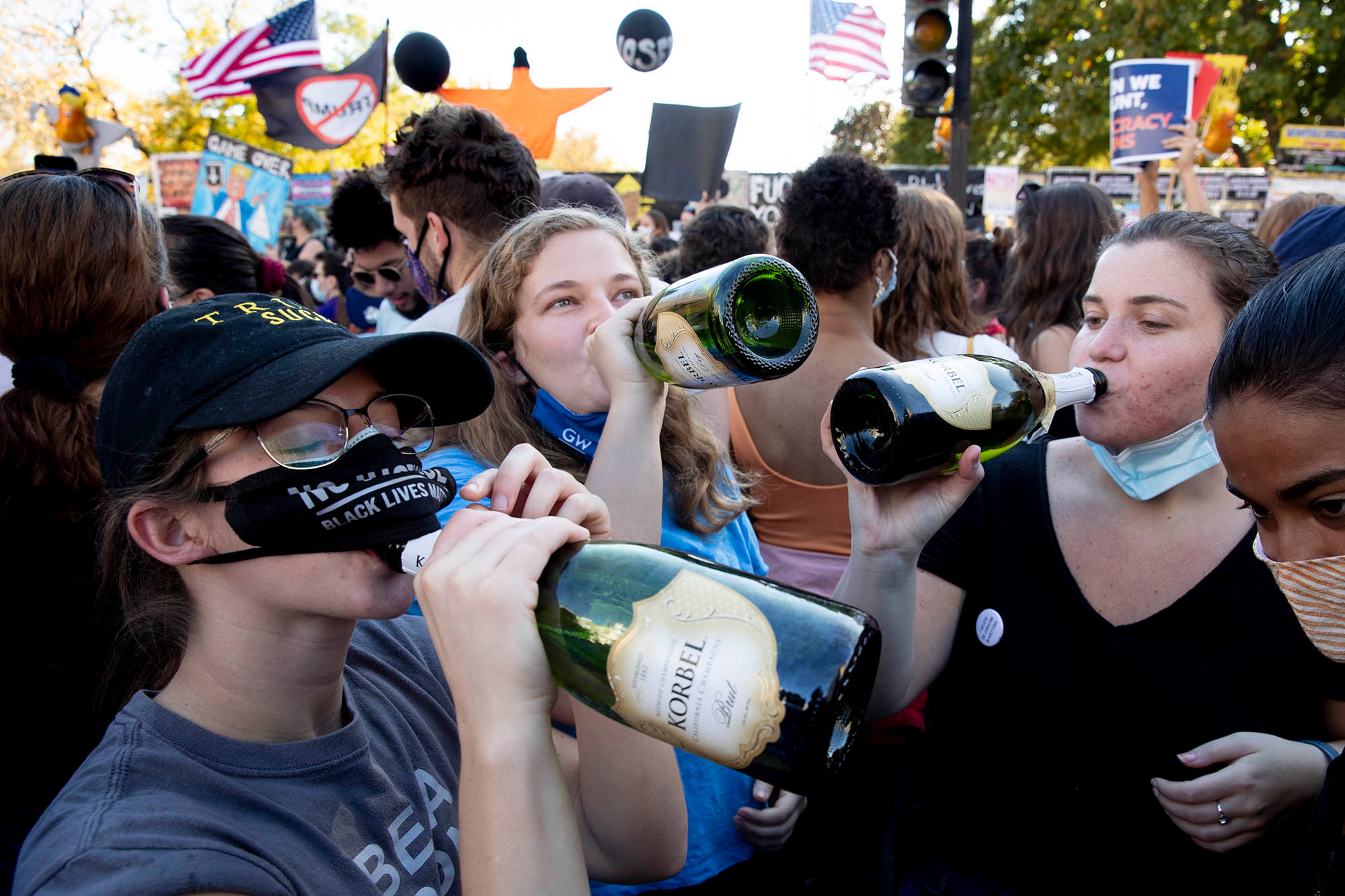 People drink Champagne among a crowd of thousands celebrating after news organizations called the US 2020 presidential election for Joe Biden, defeating incumbent US President Donald J. Trump, on Black Lives Matter Plaza near the White House in Washington, DC. 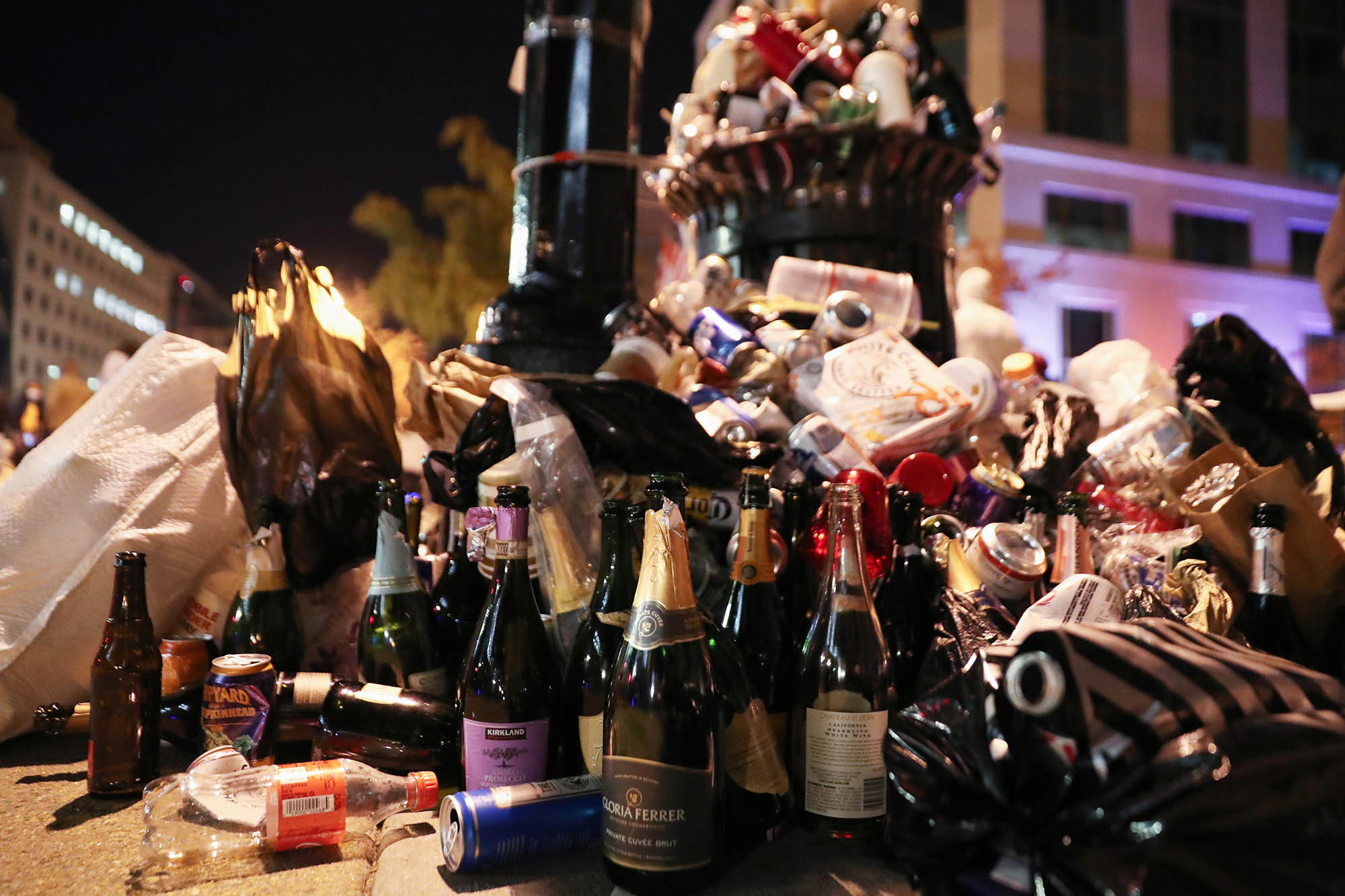 Opened Champagne bottles are seen following celebrations by people as news media declared Democratic candidate Joe Biden to be the winner of the 2020 US presidential election, at BLM Plaza in Washington, DC.

“A lot of people popping champagne in front of the White House,” tweeted Slate’s Mark Joseph Stern along with a clip of the Champagne-soaked festivities.

Not to be outdone, Andrew Beaujon, senior editor of the Washingtonian, tweeted a selfie of himself amidst Biden fans partying it up near Lafayette Park, where National Guard troops sprayed tear gas at demonstrators back in June.

“I’ve now been sprayed with tear gas and champagne in the same spot,” he quipped in a followup tweet.

DC isn’t the only place experiencing a post-victory bubbly binge, even among downtrodden restaurants. “We sold out of champagne at the bar,” tweeted Liam Johnson, a bartender based in New York.

However, others had a more sobering take on the pro-Biden bacchanalia.

Meghan McCain, journalist and daughter of the late Republican presidential candidate, John McCain, wrote on Twitter: “I can’t imagine if my Dad lost and our hometown of Phoenix erupted in jubilation with people pouring champagne all over each other and singing and dancing.

She added, “Maybe the Trumps don’t give a s – – t about their hometown but… yeeeesssshhh.”

President Trump has so far refused to concede the presidency, alleging that the elections were marred by voter fraud, although his claims are unsubstantiated. The president’s senior adviser Jason Miller even told Fox Business in a Monday interview that the word “concede” was “not even in our vocabulary right now.”

Honeymoon Baby! Bachelor's Raven Is Pregnant With Her and Adam's 1st Chid