Those are the most likely outcomes for the Yankees and their best player the past two years. They really like him, he really likes playing here, and history says that creates the pathway for a deal. Three years at $70.2 million, the $23.4 million average putting LeMahieu over Jose Altuve for the second-highest deal ever among second basemen, with a reasonably triggered $27.8 million option that would move the four-year total to $98 million or $24.5 million, topping Robinson Cano’s second base record average.

Except there is a fourth path — away from the Yankees.

What if the largest revenue losses by any franchise in the pandemic-affected 2020 combined with losing to the small-budget Rays both in the AL East and Division Series motivates Hal Steinbrenner to be more conservative about opening his checkbook? Once a player is out in the wilds of free agency, anything is possible. Often the lack of a sizable offer from the team that had initial exclusivity begins to harden feelings.

In this colder marketplace, the Yankees could challenge LeMahieu to find a strong multi-year deal, so they are not bidding against themselves. But what if he does? Lifelong Mets fan Steve Cohen would understand what it would mean to his constituency to sign a star like LeMahieu not only to play third base, but also to hurt the Yankees. The Blue Jays are expected to spend to make up AL East ground on the Rays and Yankees. Putting LeMahieu atop their lineup and across their infield would aid and abet that effort.

LeMahieu was fourth in the AL MVP voting last year and in the top three this season. There will be interest. But will a team make an offer that the Yankees will not match and LeMahieu cannot refuse? If so, what then for the Yankees?

If the Yankees intend to pare payroll, what would a Plan B post-LeMahieu look like? I would recommend lefty bats to diversify the righty-heavy lineup and for versatility:

Is there a package the Yankees could build around Deivi Garcia? Without the Wilpons, bet on the Mets’ fear factor of dealing with the Yankees going down under Cohen. Still, the New York squads are unlikely to deal at this level. But how about at the Luis Cessa-Luis Guillorme level?

The Mets are well-stocked in the middle infield and need pitching depth. Put me down as a Guillorme fan. His hands work, definitely on defense at second and they did at the plate in 2020. There is not much pop, but he takes disciplined at-bats, and if given a chance, I think his hands are good enough to help at shortstop as well as second and third. He could be part of a second base solution.

The free agent is a switch-hitter with proficiency from both sides. He is 26-of-28 in steal tries the past three seasons. He had throwing problems playing second for the Athletics in 2019. They were not as prevalent with the Padres in 2020 — he hung in well on double plays. But he moved to left field when Tommy Pham was injured. Profar can handle first base, too. He never met the best prospect in baseball touts from 2013. But he is a productive, energetic player who doesn’t turn 28 until February.

This is LeMahieu Lite. The free agent is not nearly as good a defender as LeMahieu, but he can handle first, second or third, especially if not overexposed. He is hard to whiff (27 walks, 12 strikeouts in 2020). The lefty has a .295 average and .837 OPS versus righties over the past four years and has gone .306/.880 the past two seasons. The Yankees should pursue Profar or La Stella, even if they sign LeMahieu, for the lefty bats and versatility. 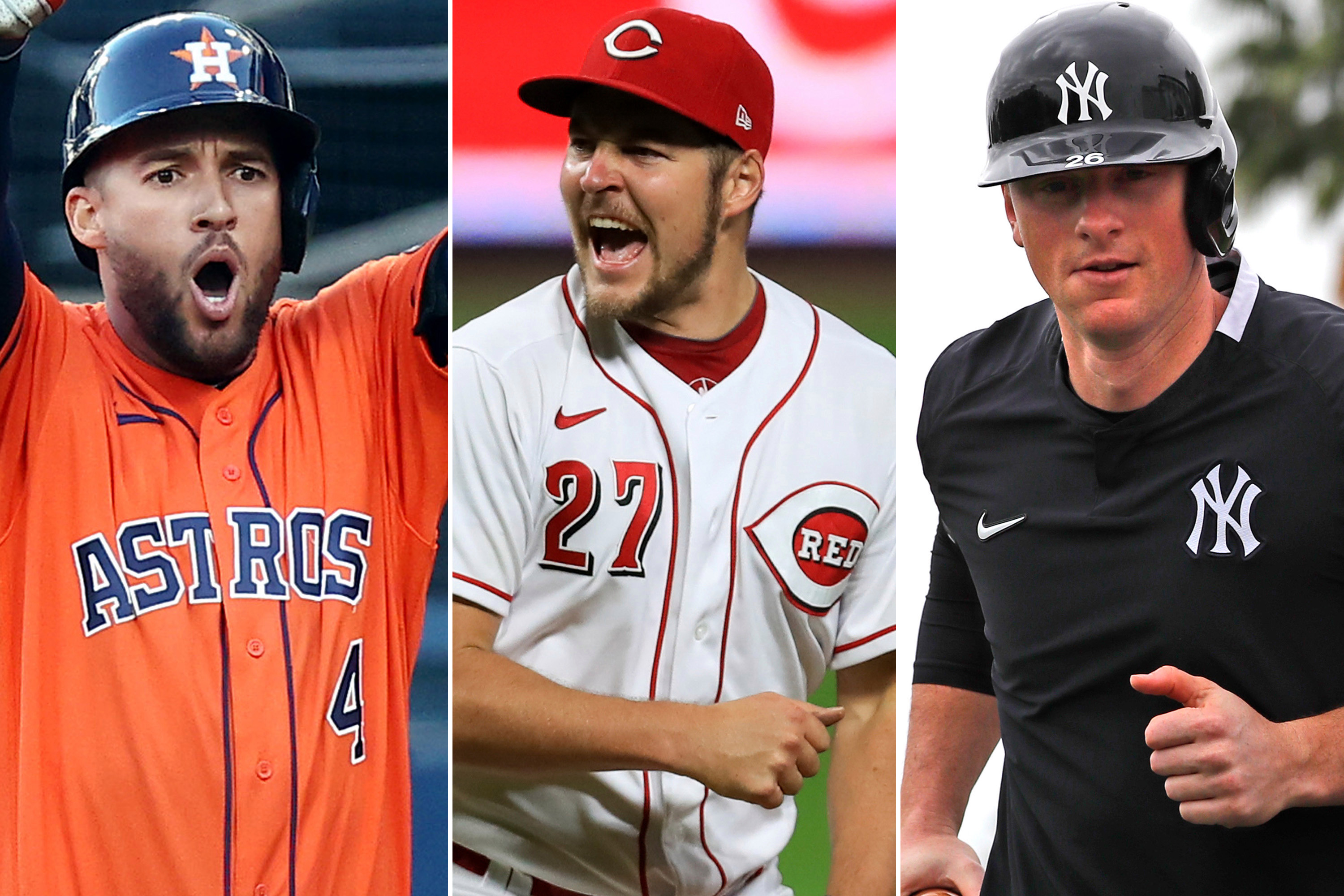 This will be a Hot Stove League unlike any other....

A switch-hitting free agent who does better from the left side. On the short list for best defensive second baseman. He hit an AL-best 20 doubles, but his overall offense will come in just about league average. Like he was for the Indians in 2020, Hernandez now is in one-year stopgap mode for a team.

He is due $15 million in the final season of his contract. Would the Giants take Adam Ottavino’s contract ($9 million) as a counterweight, plus good (not great) prospects, in return? Crawford has much in common with Didi Gregorius — who is a free agent, though there does not seem much appetite for a Yankees reunion. Crawford is not the same defender as in his heyday. But he is solid and certainly better than Gleyber Torres, who would shift back to second. Crawford’s lefty bat would play at Yankee Stadium and — added incentive — he would have instant comfort: Gerrit Cole is his brother-in-law.

He will be 32 when next season begins, and he is a chip to use in the Royals’ rebuilding. He is a hit machine with speed who can handle second or center while playing on one of the most team-friendly (four years, $16.25 million) contracts in the majors. If not Merrifield, how about Kansas City’s switch-hitting shortstop Adalberto Mondesi? The Royals’ top prospect, Bobby Witt Jr. (the second-overall pick in 2019) is a shortstop, and probably is a year away. Mondesi walks too little, strikes out too often and has an erraticism to his game. But he is still just 25, can defend and is filled with upside tools.

How much of a down 2020 season was due to a bum right ankle, which has now needed surgery in consecutive offseasons? To obtain the shortstop, you would have to believe in the medicals. The Twins have one of the game’s best prospects, Royce Lewis, ready to take over at short. As recently as 2019, the switch-hitting Polanco was 13th in AL MVP voting. He has a team-friendly, five-year, $25.75 million contract with options in 2024-25. He’s just 27. 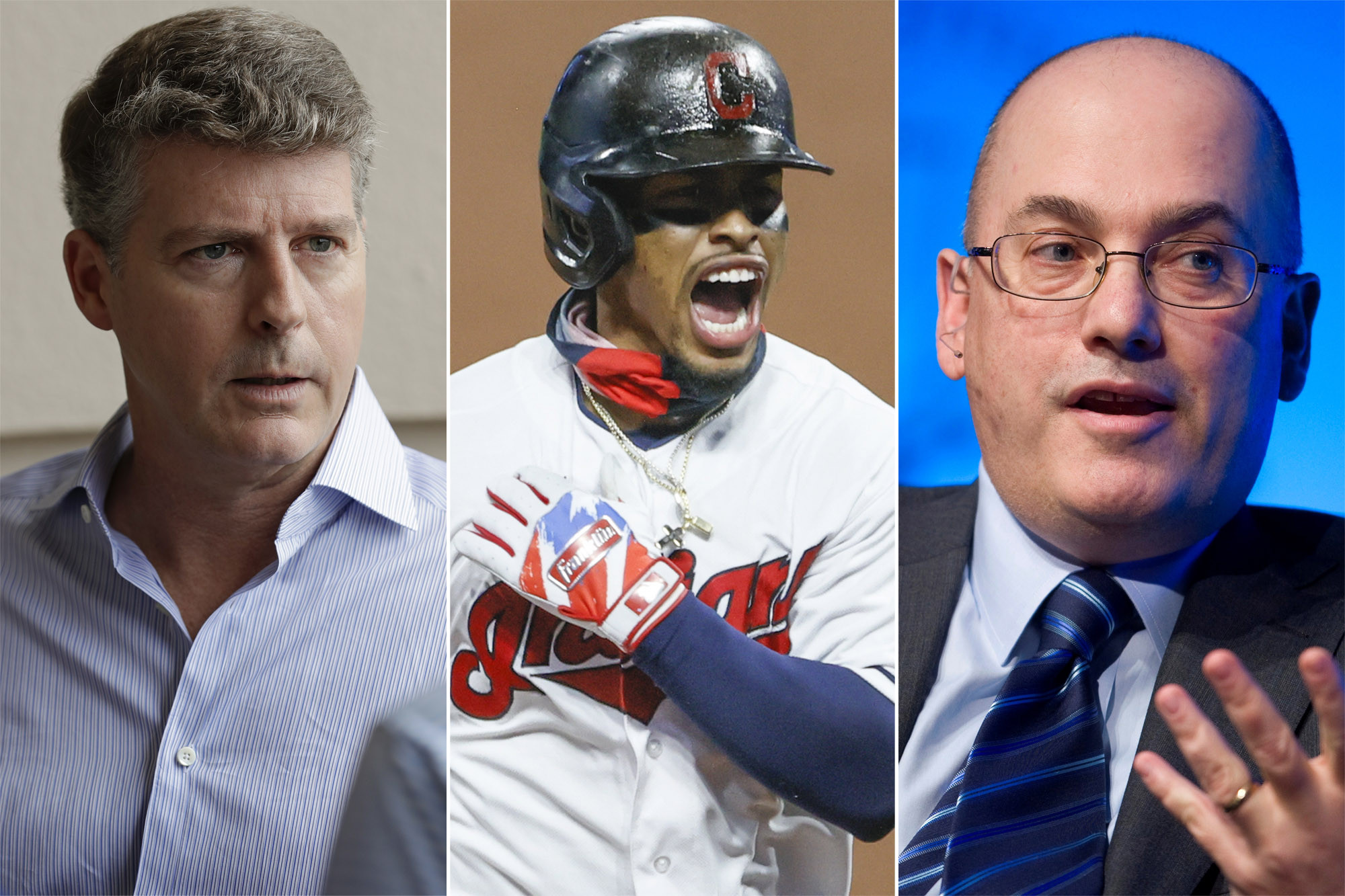 Now the filet mignon gets served. Now we’ve reached the...

Even off a down year, it is hard to envision the Diamondbacks trading the fourth-place finisher for 2019 NL MVP. But the Yankees should call and see if Arizona is desperate to get out of money and offer to take on Eduardo Escobar’s $7 million or Kole Calhoun’s $10 million. Marte is worth a stretch. He is on a great pact (three years at $24 million remaining if both of his options are triggered). He is a switch-hitter who can play second or center. There’s speed and some pop.

The Yankees once had the choice when trading Aroldis Chapman to the Cubs to center the return around Torres, Happ or Eloy Jimenez. They chose wisely. But Happ keeps growing as a player. Perhaps his play at second base is too rough. But he is improving as a center fielder. Happ is a switch-hitter who damages righties, and plays hard and smart. If the Yankees took Craig Kimbrel’s $17 million, could they lower the return on Happ?

This is more of a pipe dream. If the Indians completely sell off, the line for Ramirez is going to be long, and others would likely have more to give than the Yankees. Also, unless Gio Urshela were part of the return, Ramirez would have to shift back to second base as a Yankee. He is a switch-hitter with three years at $33 million owed, with both option years triggered. Ramirez has finished in the top three of AL MVP voting in three of the past four years. Shortstop Francisco Lindor is near certain to be traded by Cleveland this offseason, but if the Yankees don’t re-sign LeMahieu, would they give up a host of prospects, plus pay Lindor more than $20 million in 2021?