Among the last words Sandy Alderson spoke as a Mets executive, on June 26, 2018 at Citi Field, were these: “(I)f I were to look at it on the merits, I’m not sure coming back is warranted.” He

Among the last words Sandy Alderson spoke as a Mets executive, on June 26, 2018 at Citi Field, were these:

“(I)f I were to look at it on the merits, I’m not sure coming back is warranted.”

He took a medical leave of absence that day, his cancer having recurred, yet little doubt existed that it would mark Alderson’s final day as the Mets’ general manager. He officially left the organization that offseason.

Next week, it’s expected, Alderson will be coming back to Queens in a big way — with a promotion to Mets team president, without the owners who had worn him out (and he them) by the end. On the merits of his relationship with new Mets owner Steve Cohen, whom he got to know when Cohen served as a minority owner, as well as — no small thing — his eight-season run as GM improving with time as young players he acquired, such as Pete Alonso, Andres Gimenez, Jeff McNeil, David Peterson, Dom Smith and others, spread their wings.

It’s unlike anything we’ve seen in recent baseball times: A front-office boss leaving his team, going to work elsewhere (the A’s, as senior advisor to baseball operations) and coming back quickly enough that not a great deal has changed.

“I actually think it’s a huge competitive advantage for the Mets and for Sandy, too,” MLB Network analyst Dan O’Dowd, the former GM of the Rockies, said Wednesday in a telephone interview. “Those jobs are such hard jobs. … It’s hard when you jump into a job and there’s so much you think you know but you don’t. You go, ‘Oh my gosh, I didn’t realize that!’ Sandy knows information flow, fan base, media, the spring-training facilities. I think it’ll be a real simple transition for Sandy. I’m really happy for Sandy.”

So who stands as historical precedents for Alderson’s Mets double-dip? I’m not sure that anyone can quite match the exact path of taking a medical leave that turned into a de facto dismissal then returning under a different owner with more power after only two seasons away. So here are the best comparables, with pro bono help from Rich Ackerman of of CBS Sports Radio, WCBS 880 AM and FS1 and Knicks team historian (and overall sports genius) Dennis D’Agostino:

“Stick” did pretty much everything for George Steinbrenner: player, coach, manager and GM twice. After serving as the GM in 1980, he managed and coached, then left to manage the Cubs in 1986 and 1987 before becoming the Yankees’ GM in the middle of 1990. This time, he stuck on the job and made several moves, including the drafting of Derek Jeter and the trade for Paul O’Neill, that built the Yankees’ dynasty. 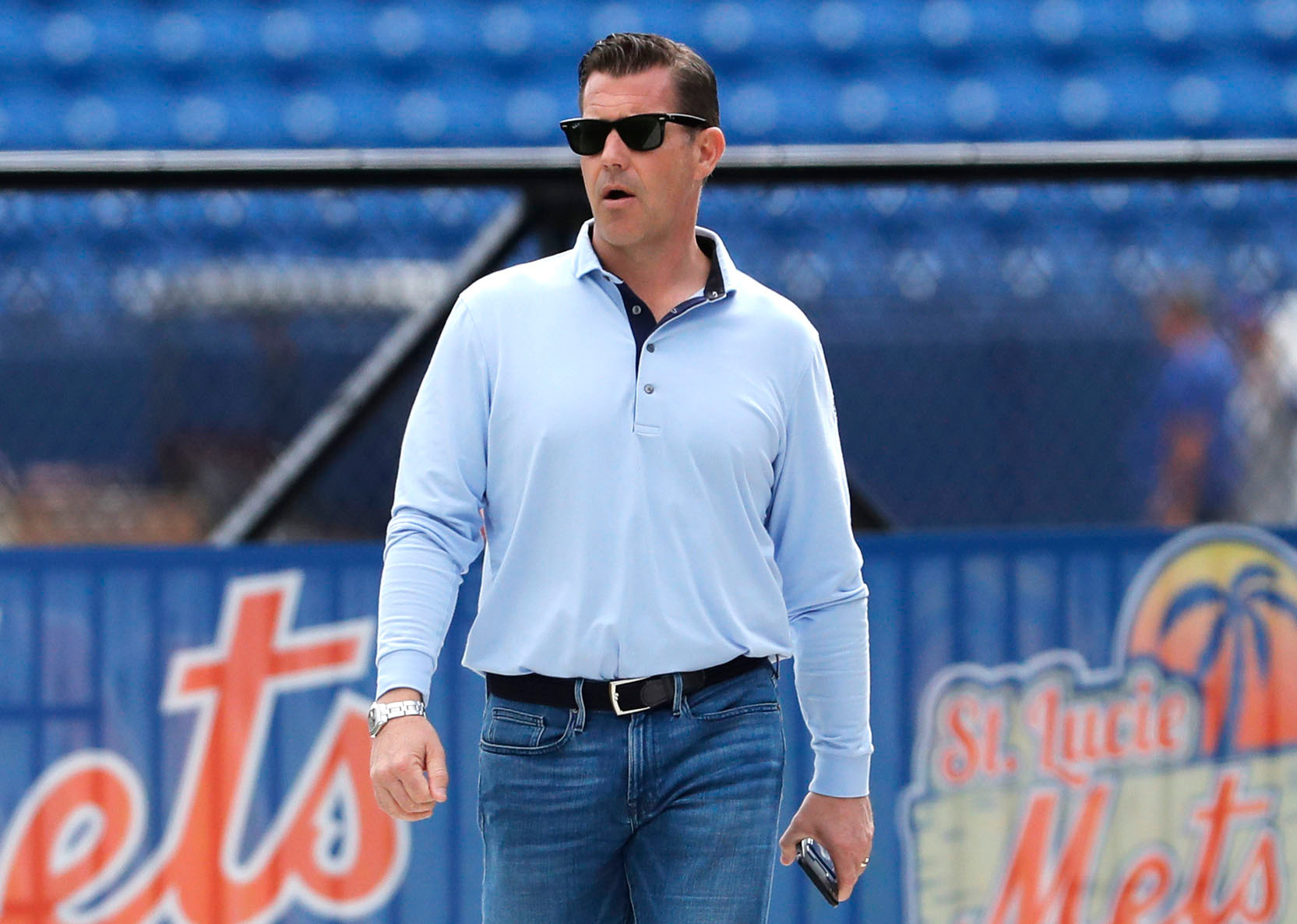 The president in waiting hasn’t revealed his platform or potential...

A more modern one, Walsh rose through the ranks on the Pacers from 1984 through 2008, becoming team president and CEO. The native New Yorker took a leap of faith to work for James Dolan and run the Knicks, only to rejoin the Pacers four years later.

Did I miss any? Not managers like Tony La Russa, but front-office people, whose departures and arrivals tend to be more seismic. Don’t be shy. Let me know at kdavidoff@nypost.com.

This week’s Pop Quiz question came from…Rich Ackerman, as coincidence would have it. In the 1991 “Seinfeld” episode “The Chinese Restaurant,” the restaurant host seats a party that shares a name with a former pitcher for the Yankees (as well as four other teams). Name the pitcher.

A sequel of sorts to a long-ago story: In 2013, as Alex Rodriguez fought for his innocence in the Biogenesis case (he lost), I wrote about a “Playing Safe, Fair and Sober Pledge” he had signed nearly four years earlier in front on assembly full of students. The gentleman who conceived this idea and convinced A-Rod to sign the pledge, Mike Gimbel, is leaving Baltimore after helping people with drug addictions there for 40 years. As part of that move, Gimbel sold a bunch of his belongings — including the actual pledge! He sold A-Rod’s autographed pledge, plus a copy of our story, for a total of $430.50. I’m honored!

The Pop Quiz answer is Kekich, as in former Yankees pitcher Mike Kekich.

If you have a tidbit that connects baseball with popular culture, please send it to me at, once again, kdavidoff@nypost.com.