How much space is left behind us before we fall off and forever disappear? Can’t be much. Even before the current rush to alienate the fair-minded and logical, let us never lose sight of what TV has always done to remove the sport from our sports. While front-and-center folks such as Cris Collinsworth and Kirk …

How much space is left behind us before we fall off and forever disappear? Can’t be much.

Even before the current rush to alienate the fair-minded and logical, let us never lose sight of what TV has always done to remove the sport from our sports.

While front-and-center folks such as Cris Collinsworth and Kirk Herbstreit, under the tacit presumption that all white viewers are racist thus need to “change” — no specifics given for us or them — when will TV change to emphasize sports rather than what’s killing them?

Sunday, misanthropic Dallas running back Ezekiel Elliott scored a touchdown then lifted his jersey to reveal his latest large tattoo, this one across his stomach. Granted the national attention he craved, NBC showed the scene again — in slow-motion in case anyone missed it.

Earlier Sunday, Fox inserted an edited reel that ignored any skill displayed in the Eagles-Washington game in favor of slo-mo of four players immodestly flexing their muscles. Is this TV’s concept of football or its concept of us?

Not only was the display undignified, it followed a somber pregame NFL reflection on how black Americans demand to be treated with dignity — as if few in the audience do. Of course, in the name of dignity, ESPN replayed the excessive dance skit.

Field reporter Maria Taylor then explained it: “We just saw JuJu Smith-Schuster catch his first touchdown pass of the season, that certainly has to be a burden lifted off his shoulders.” Yes, he’d carried that burden through the entire first quarter of the season opener.

More: “I spoke to him earlier in the week and he talked about how difficult it was battling through injuries, and he felt that he had lost the fun version of himself. So celebrating with the touchdown dance means something to him, being able to play with Ben [QB Roethlisberger, out most of last season], that means something to him.”

What a pandering load. Is there such deep interpretive meanings to the hundreds of other TD dances performed as per Roger Goodell’s “spontaneous enthusiasm” invites? Why did teammates join Smith-Schuster’s dance line if these moments were in even partial salute to Roethlisberger? Why not jog over to shake his QB’s hand?

Also Monday, Cam Newton accused the Dolphins of trying to swipe his gold chain from around his neck during their Sunday game. The accusation was met with standard NFL social media civility:

Monday night’s Titans-Broncos on ESPN began with another solemn knee-taking and racial unity anthem ceremony. Soon, a gratuitous sideline trash-talking and shoving episode was seen between black players. And then Titans linebacker Rashaan Evans was ejected for slugging an opponent. The 15-yard penalty allowed the Broncos to score a TD on the next play.

But the NFL and its TV partners now insist that in addition to enjoying post-play garbage all game, every game, we support dignity and unity among those who demand it but don’t practice it.

“I was asleep, so I don’t know if he snored, but I did,” said Kenny Albert.

From 1990-92, Barry Trotz, now the very successful NHL head coach, and Albert, the very successful all-sports play-by player, had even more in common. They were road roommates as both drew minor league money — Trotz as assistant coach of the American Hockey League’s Baltimore Skipjacks, Albert as the team’s all-purpose radioman.

In the AHL, assistant coaches could choose to room with the radio/public relations/stats man or team bus driver.

When Trotz was promoted to head coach, he was entitled to his own room, but decided to remain with Albert. “He said he didn’t want to change the karma.”

The Albert-Trotz relationship grew to one of mutual chops-busting. When Albert played a tape of Trotz speaking a hilarious malaprop, the team roared. Trotz vowed revenge.

“Four months later I was arrested in Sydney, Nova Scotia, where Barry knew the brother of the chief of police.

“I was thrown into an unmarked car where they demanded my passport and wanted me to confess. I kept telling them that I had no idea what I did, but I didn’t do it. He finally got me.”

Interesting looking man, Trotz, round, solid, stern-faced. He looks like a cross between a boulder and a boardwalk novelty doll, or something purchased in an antiques shop, a corpulent figure with a clock in its stomach.

But Albert knows what makes him tick: “He is the most down-to earth, regular person of any coach I’ve ever met.”

Throughout Sunday’s Jets-Bills, CBS analyst James Lofton, the former star wide receiver, did what he always does: He saw it, then said it, no speeches, no phony embellishments, no forced laughter. He made nothing but clear, concise sense.

And every season I’m left to wonder why CBS places Lofton low on its depth charts. Or have I answered my own question?

Then there’s ESPN’s new “Monday Night Football” co-analyst Louis Riddick, who had this to say about the Titans:

“They’re a football team that you’ve seen already in this football game. They want to throw the football and they want to establish that early. But their bread and butter is running the football.” And he never stopped, including “he moved the sticks and made a first down.” 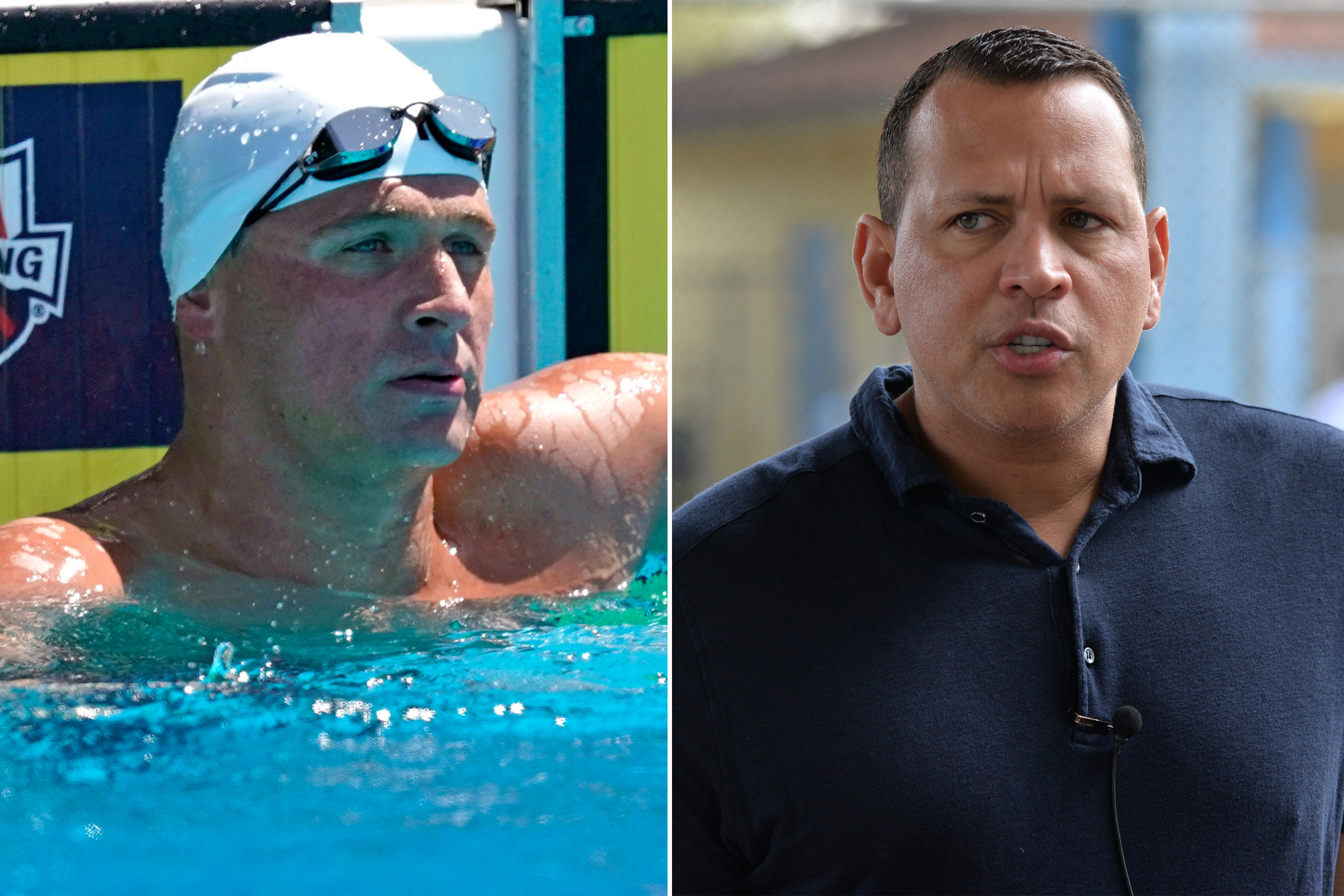 Ryan Lochte wants Alex Rodriguez to show him the money….

Baseball, according to ESPN’s Alex Rodriguez, has “never been more fun to watch.”

Tuesday on YES, Clint Frazier twice in one base-running venture finished a base short of where basic adherence to circumstances should have placed him.

On SNY, Michael Conforto, on first with two out, chose to watch a long fly to right before he saw it hit off the wall. Only then did he begin to run, making a close play at home when he should have easily scored.

Every MLB team should distribute tapes of how Lou Brock approached offense and defense. Of course, a hip fool such as ESPN’s Dan Le Batard would ridicule the recently deceased Brock for “playing the white way.”

Finally, reader George Katsilometes suggests that Rodriguez’s ESPN-delivered scoring theory was why his purchase of the Mets failed: “It was an even-dollar bid rather than an odd-dollar offer.”