It was no easy task creating the creepy half-organic/half-mechanized aliens in “War of the Worlds,” which wraps its first season  Sunday at 9 p.m. on Epix. “That [organic element] side of it came from the [series] writer Howard Overman, and we were left to develop it as a visual element,” says “War of the Worlds” …

It was no easy task creating the creepy half-organic/half-mechanized aliens in “War of the Worlds,” which wraps its first season  Sunday at 9 p.m. on Epix.

“That [organic element] side of it came from the [series] writer Howard Overman, and we were left to develop it as a visual element,” says “War of the Worlds” production designer Richard Bullock of the alien creatures, which look like a cross between a giant insect and a large dog, with a metallic exoskeleton protecting human-looking internal organs. The creatures were developed by Boston Dynamics, a mobile robot company based in Massachusetts.

“It’s something that hadn’t really been tried before, something that’s very much a robot but has physical, organic elements as well,” Bullock says. “It’s a different take on the whole idea of aliens.”

“War of the Worlds,” starring Gabriel Byrne, Elizabeth McGovern and an international cast, is based on the eponymous H.G. Wells novel about an alien invasion of Earth. Most of the series’ action unfolds in France and in the UK with diverging plotlines leading into Sunday’s season finale.

“While [‘War of the Worlds’] was being developed, an episode of [the Channel 4/Netflix series] ‘Black Mirror’ came out called ‘Metalheads’ that included [a robot] inspired by Boston Dynamics,” Bullock says. “We kind of had to move away from that and it forced us to look at different ways to approach this. One thing I was pushing for was to make [the aliens] … smaller and not that intimidating as the drone creatures in the original ‘War of the Worlds.’ These are insectoid-type creatures and they’re creepier in that respect.”

Before shooting began, the alien creatures were sketched out and, once a design was agreed upon, two full-sized robots were made by a 3D printer for in-camera shots and lighting purposes. “Virtually none of what you see is metal,” Bullock says of the creatures. “It’s a very robust 3D printing process, with their exteriors made out of some kind of glass composite mixed with resin.

“The visual effects guy took [the robots] and photographed them from every conceivable angle,” he says. “The robots didn’t run around — that was created using CGI (computer graphics) — and we kept adding new elements to them like the internal organic pieces and the bolt-gun in their heads that they use to kill people. That was inspired by the [2007] film ‘No Country for Old Men,’ where Javier Bardem’s character (Anton Chigurh) uses a bolt pistol to kill.” 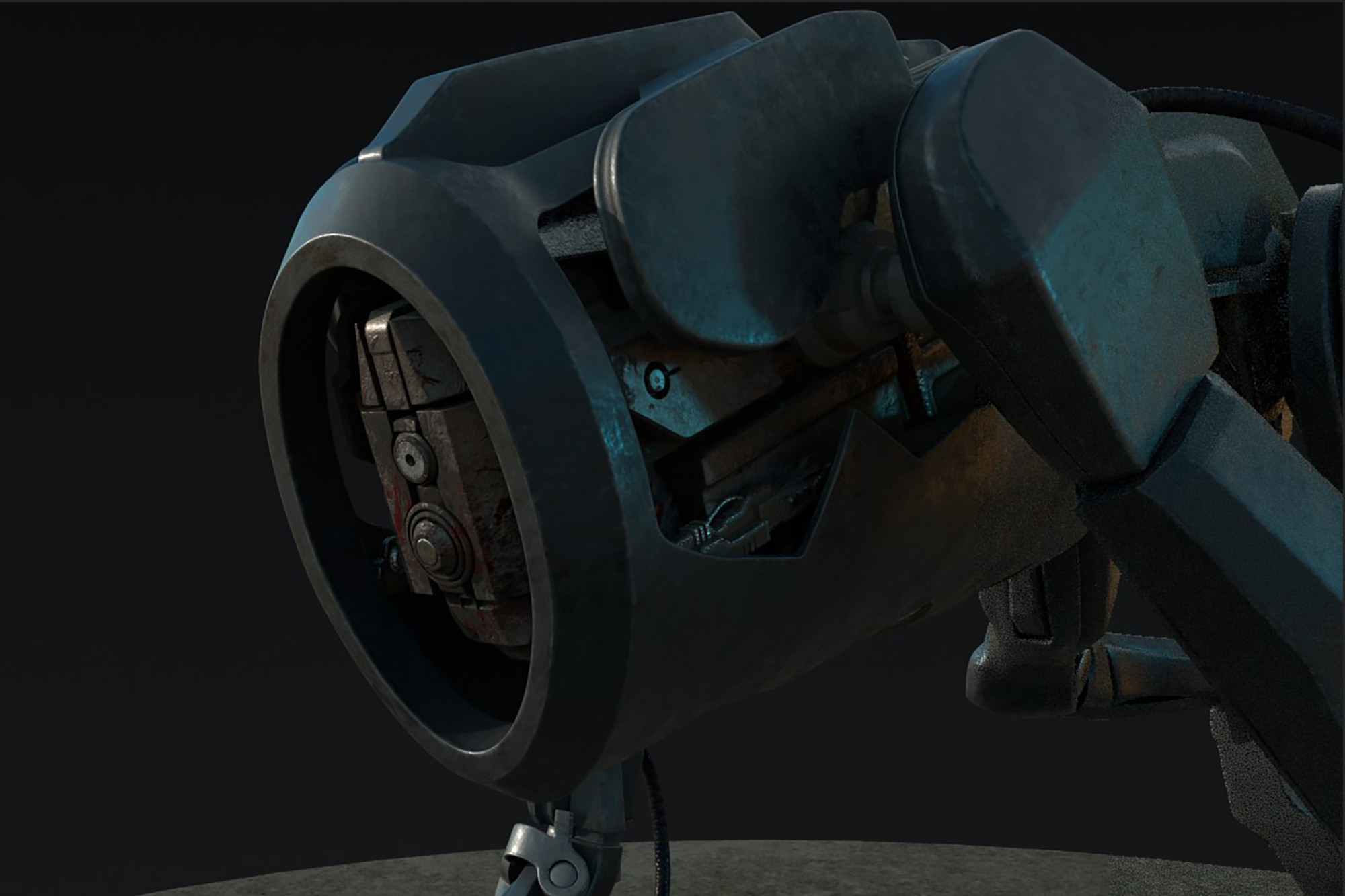 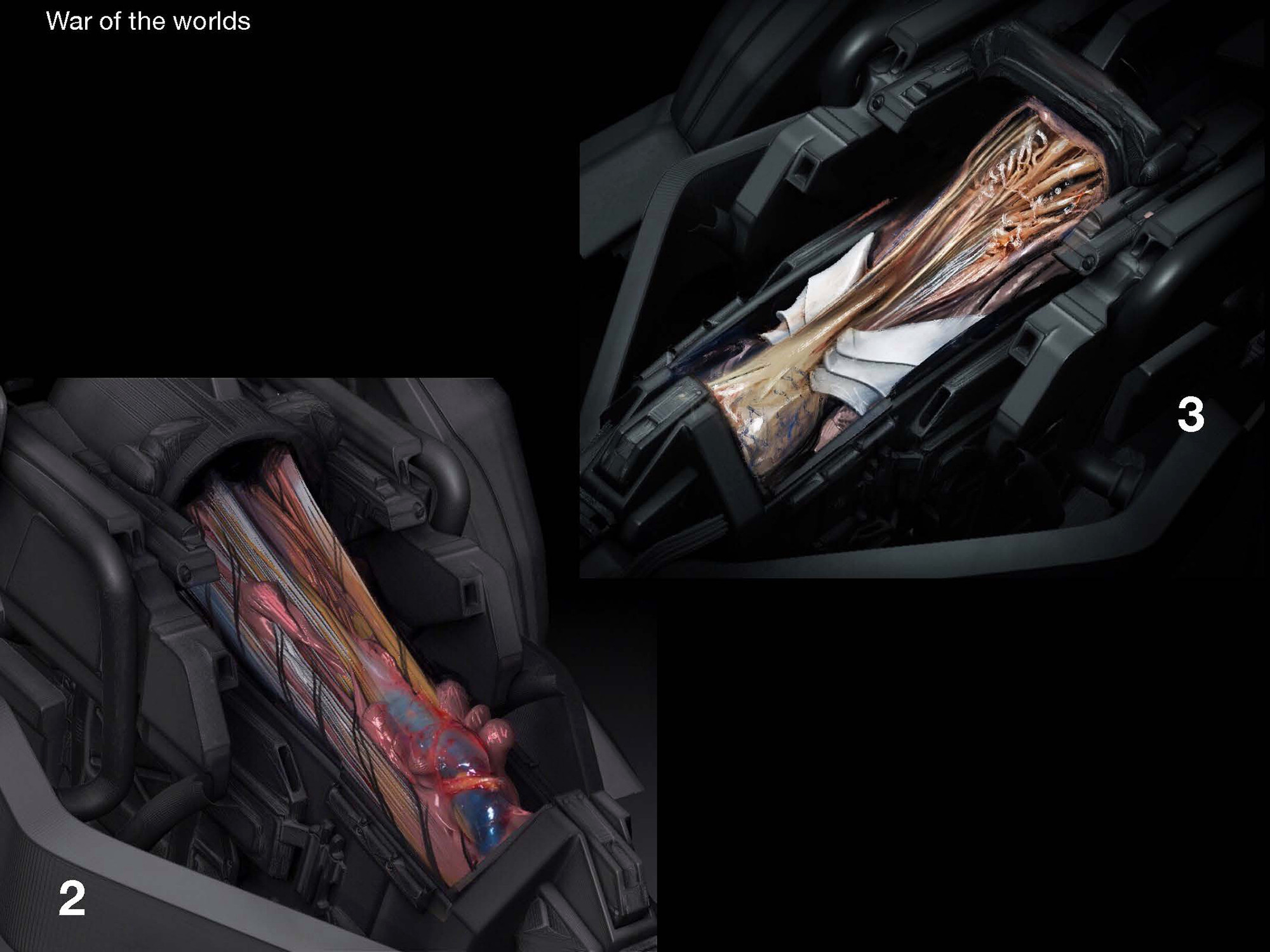 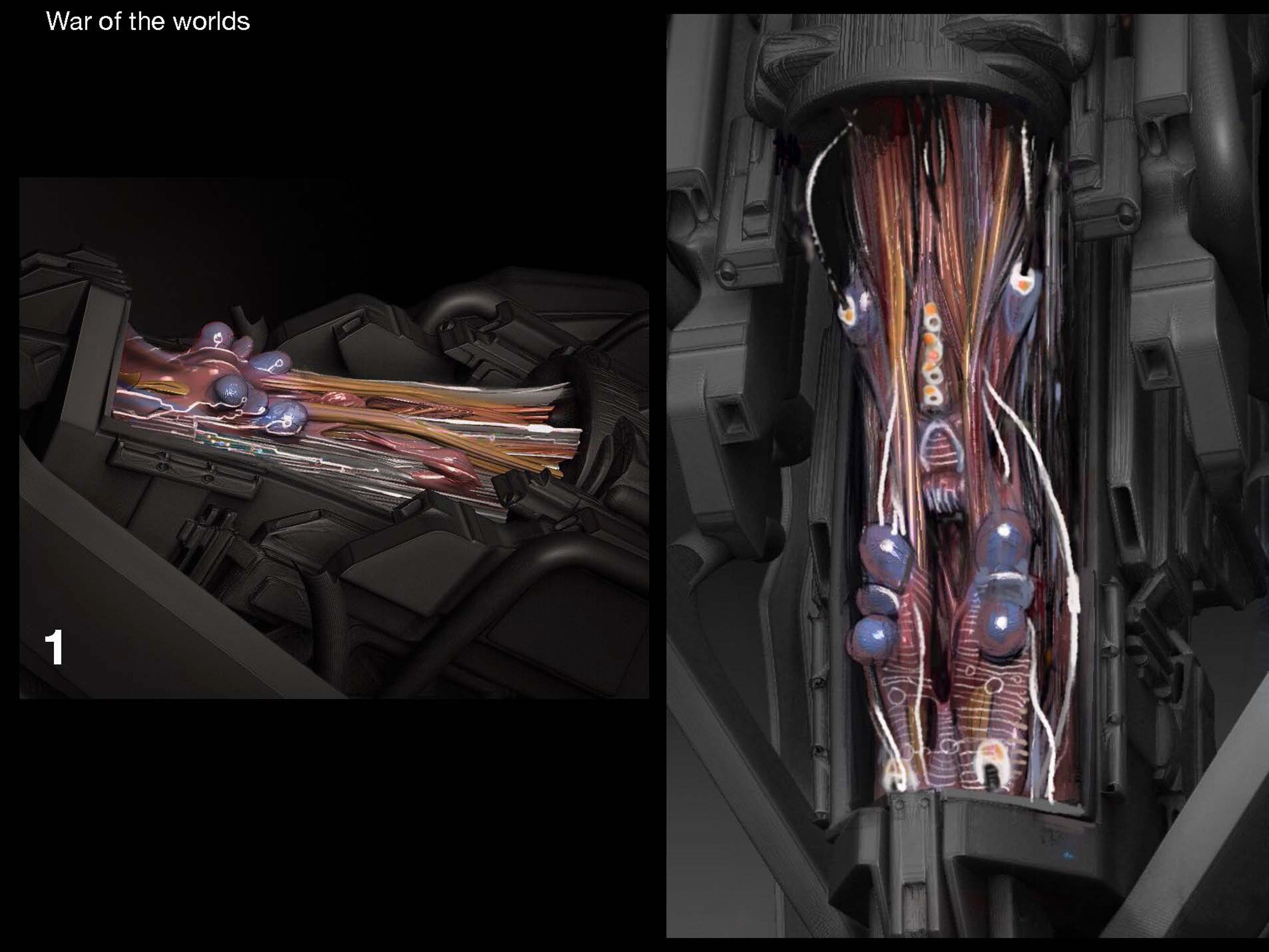 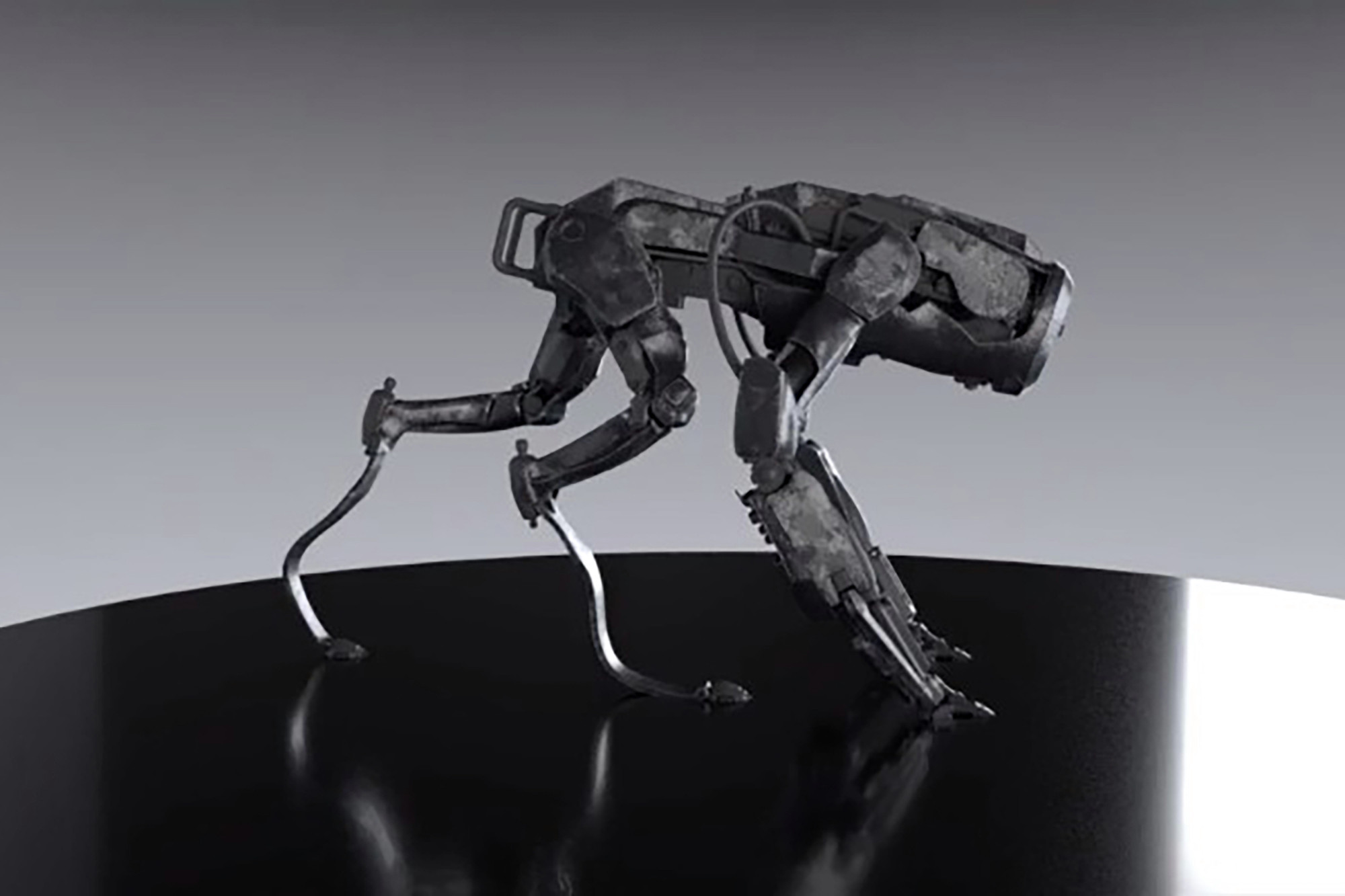 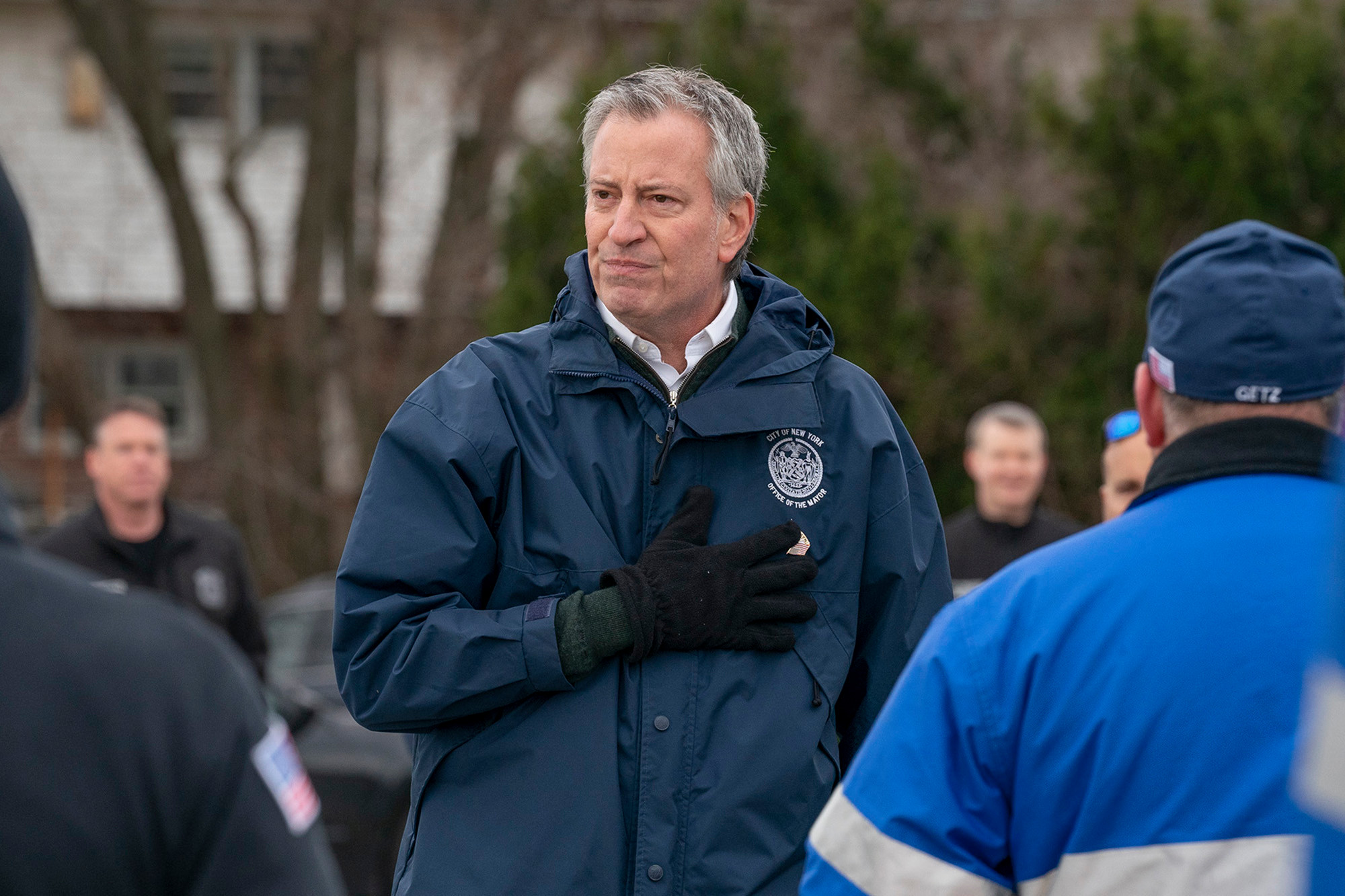 “Traditionally, people think of spring break in traditional terms, but…
6


The creatures’ internal organs were created by prosthetic artists using a combination of latex and rubber. Bullock says their hind legs, which emanate an eerie whirring sound when in motion, were inspired by the polymer prosthetic “running blades” used in competitions by onetime South African sprinter and double-leg amputee Oscar Pistorius, nicknamed “Blade Runner.” “We were particularly aware [of Pistorius],” Bullock says. “That was, indeed, the inspiration for [the creatures’] back legs.

“The robots were edited in to the scenes during post-production,” he says. “Just about every time you see a robot on-screen it was done in post-production.” To create the illusion of the creatures pouncing on vehicles littering the street while hunting their human prey, props people stomped on the tops and hoods of the cars; a scene in which a screaming pregnant woman is dragged away by a creature was shot using a harness system to pull the actress along the ground (the robot was added later using CGI).

“We had two [filming] units running at once, like the ‘Game of Thrones’ model,” Bullock says. “The unit in France and the studio in Wales each needed a robot.”

Bullock says it took around six months for the creative team to complete the post-production work involving the robots. “Each element kind of informed the other,” he says. “There were changes so the creatures could be animated better … to establish the aesthetic, the concept-art side of the series.”

Filed under aliens ,  epix ,  gabriel byrne ,  must watch ,  science fiction ,  what to watch