Americans Have Finally Discovered Where Makes Them Happy

Americans Have Finally Discovered Where Makes Them Happy

If you consider US states as comparable to countries, 16 of the top 20 political units in the world for well-being are in the US — including the top seven.

Just how happy are Americans? This country has problems, but a new study suggests that things may not be as bad as they seem.

David G. Blanchflower of Dartmouth and Alex Bryson of University College London have come up with a new way to measure happiness that is easier to understand. The results stand out. If you think of US states as countries, 16 of the 20 best political units in the world, including the top seven, are in the US.

People are often asked in happiness surveys how happy they are with their lives. That's one way to ask what makes people happy, but it has its flaws. It tends to help countries where people have a strong sense of self-satisfaction, or, to put it another way, where people are a bit smug. In some of these studies, Finland and Denmark are found to be the best.

This latest study is brilliant because it looks at both positive and negative affect and gives countries (and US states) different scores for each. In other words, it acknowledges that there is more than one way to be happy. It says that pain, sadness, anger, and worry are all parts of negative affect. Positive affect is made up of four things: being happy with life, having fun, smiling, and getting enough sleep. So being happy with your life is only one part of the test.

One interesting result is that countries that try to avoid bad effects are not always the same as countries with the most good effects. Some places, like the United States, have a lot of extremes. Americans tend to go as far as they can in both good and bad ways.

In the same way, Bhutan is a very different place. If only positive affect is taken into account, the Bhutanese are No. 9 in the world, which is a very good showing. But for negative affect, they rank No. 149. This means that they feel a lot of bad emotions, which may be because their lives are so hard. Taking both positive and negative affect into account, they come in at No. 99, which isn't bad for such a poor country (in fact, it's better than the UK's No. 111).

Denmark's positive affect only puts it at No. 71, which fits with the idea that not everyone is happy in that country. Arkansas is No. 67 because it has a better positive effect. But Denmark gets a higher overall score (38 vs. 72 for Arkansas) because Arkansas's negative affect is higher (87 vs. 66 for Denmark).

Taking into account both positive and negative emotions, the 10 happiest political units in the world are, in order: Hawaii, Minnesota, North Dakota, South Dakota, Iowa, Nebraska, Kansas, Taiwan, Alaska, and Wisconsin. 36 US states are in the top 50. (I include the District of Columbia, No. 16). China ranks 30th.

Many political groups in the US get high marks, which shows that people are aware that this is still a troubled country. Because of these problems, Americans have more negative affect, which is partially made up for by how well we do on positive affect. 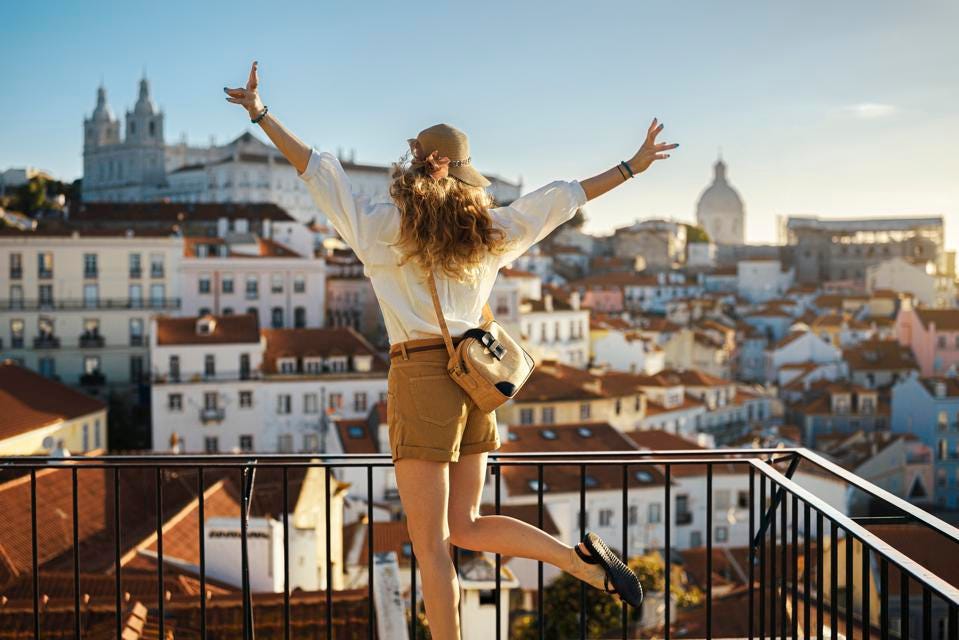 Taking both positive and negative affect into account, the five places where people are the least happy are (from the bottom up) Iraq, South Sudan, Armenia, Togo, and Central African Republic. West Virginia (101), which has more people who are tired and worried than most other states, is the least happy state in the US. California is ranked 59th, and New York is ranked 73rd.

Has this study found the right way to measure happiness or well-being? There is nothing like that. Still, it makes sense that measuring both positive and negative affect, as well as the parts of each, might give a more accurate picture than just asking people how happy they are with their lives.

This paper also raises more personal questions. Do you want a quiet and complacent existence? Or would you rather have times of great happiness mixed with pain and sadness? If you answered "yes," America might be a good place for you. If, on the other hand, you want to stay out of trouble, you might want to think about Taiwan, which is currently No. 1 for having the least negative effect.

No matter where you live, this study might make you think about what makes you happy or sad. Just make sure to read it when you've had a good night's sleep, and no matter what you think of it, try not to let it worry you.

More from: USAGAG
1
Thermodynamics, Natural Gas, and Electricity
2
Brain research indicates that quantum entanglement is essential for ...
3
The government will make you even poorer
4
Just say no to the new war that won't ...
Filed under Happy Place ,  happiest states ,  America