Inside an 80-square-foot, $650-a-month apartment in New York City

Inside an 80-square-foot, $650-a-month apartment in New York City

This tiny apartment in Manhattan has gone viral because it is so dang small. But right now, it's helping one person save a lot of money every month.

The caption on YouTuber Caleb Simpson's video tour of Alaina Randazzo's Midtown home says, "Today we tour the SMALLEST apartment in New York City. At 80 square feet, it's the size of a parking spot." Since it was posted on September 13, more than 1.5 million people have watched the 6-minute video.

At $650 a month, the apartment is a steal for where it is, but not having its own bathroom is a big downside. Randazzo, who works in fashion, has only a sink in her apartment. She and the other people who live in the building share the shower and toilet down the hall. This is called a "single-room occupancy," or SRO. An official definition of an SRO is "a unit with one or two rooms that either doesn't have a full kitchen and/or bathroom or shares them with other units."

The living situation is known for being small and cheap, and it has been like this for a long time in New York City, where it used to be much more common. 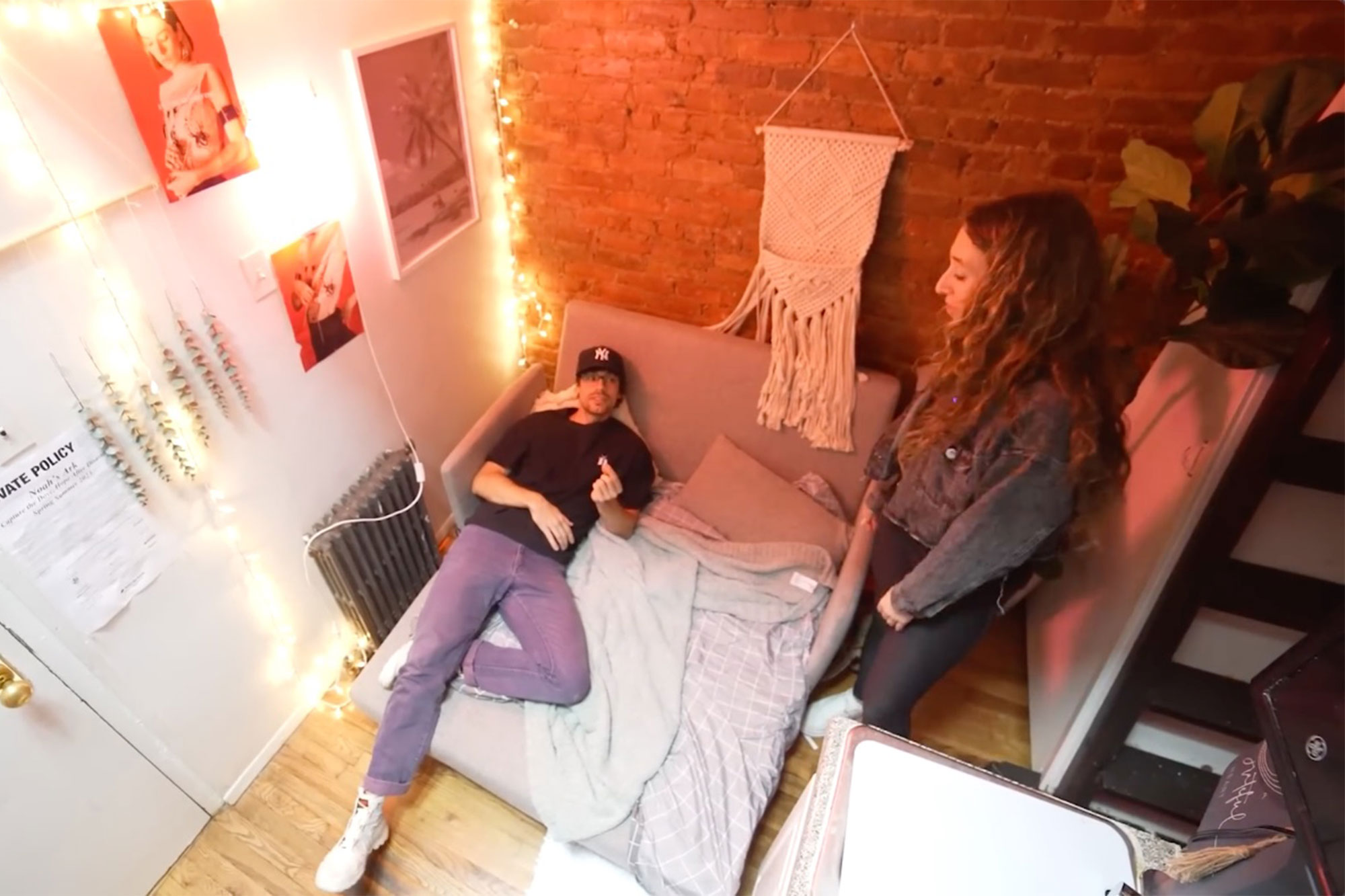 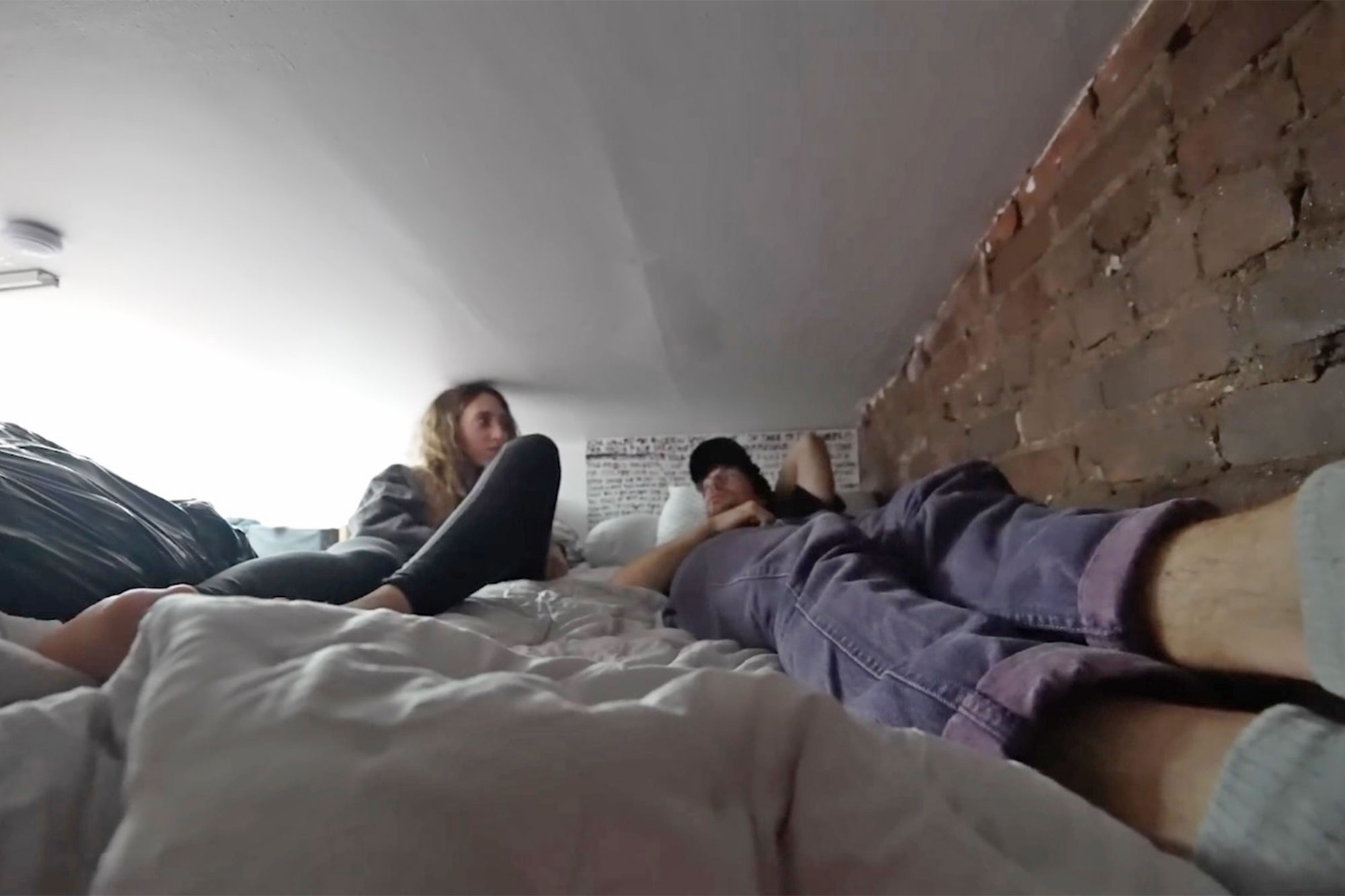 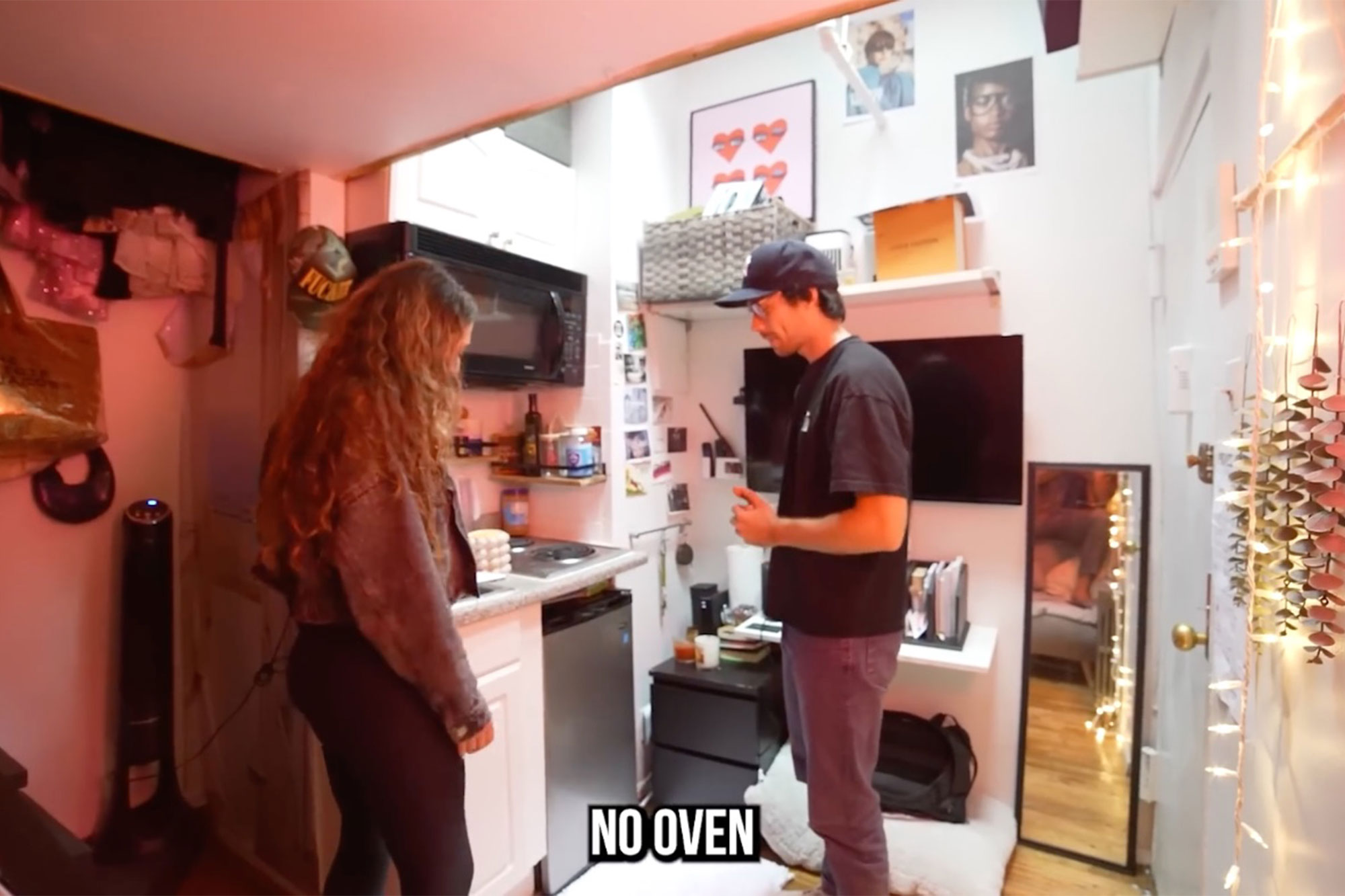 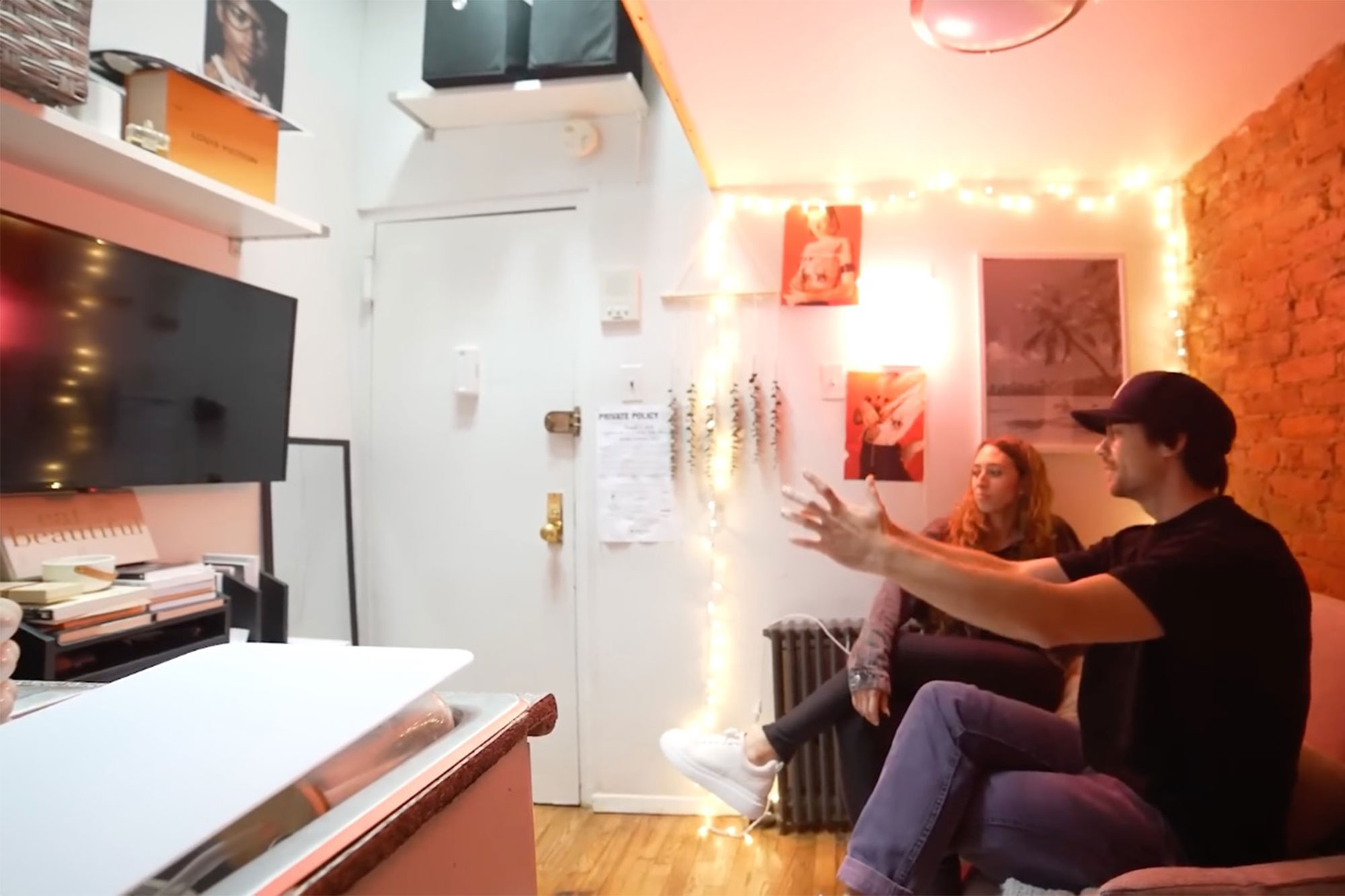 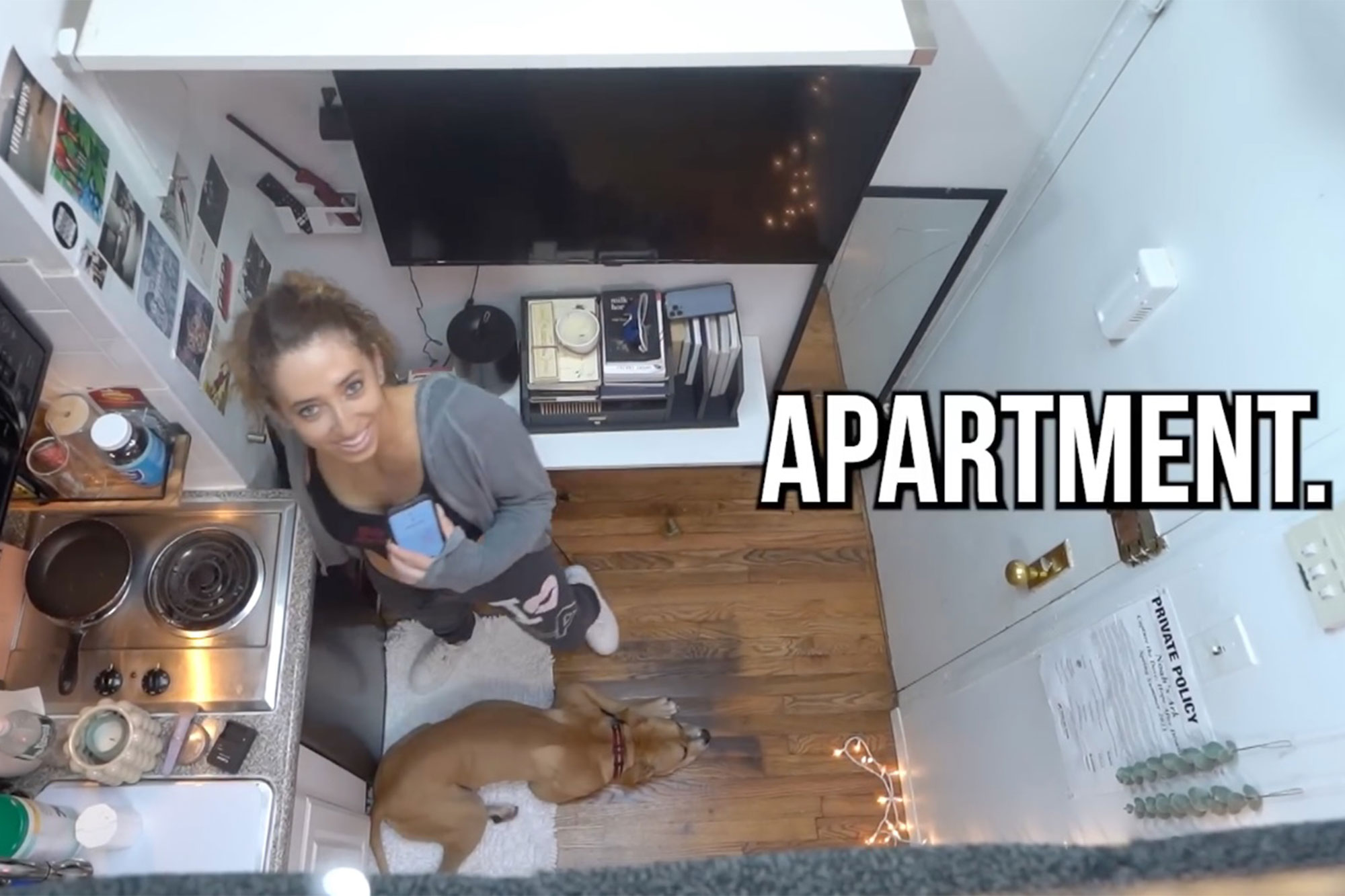 Even worse, it doesn't even have an oven. Randazzo's kitchenette, on the other hand, has a two-burner stove, a sink, a mini fridge, and a small storage cabinet. She sometimes cooks, but she has to buy fresh ingredients because she doesn't have room to store them.

Simpson, who was sitting on the couch, said, "You could almost reach over and wash your hands from the living room if you wanted to."

Simpson said at one point, as she stretched out and did a push-up on the floor, "It's so small that you almost couldn't even do a home workout here." Randazzo won't deny it. "It's so college, it feels like a dorm, yeah," she said about the lack of storage space and the fact that showers were shared.

Randazzo's bed is high and close to the ceiling, which makes it hard for guys to stay over. The house looks small, but there are ways to make it work. She leaves her shoes in the hallway outside, and when she works from home, she does her work on the roof.

Viewers were stunned. People wrote in the comments, "It's a walk-in closet, to be exact. She made great use of the space she had, while someone else wrote, "My claustrophobia and anxiety would never let me."

Still, the SRO was a nice change from the luxury high-rise where she used to live, where the rent was $2,600 a month. She says that she was thinking about moving back to Los Angeles when she signed the lease for this tiny apartment. But she decided to take a chance on the closet-sized unit so she "could travel and not have to worry about a lot of rent."

Simpson wrote in the comments, "Forgot to say in the video, but Alaina told me she doesn't plan to renew her lease. She's ready for her next adventure." It's a fun way to try out tiny living in New York City for a year."

More from: USAGAG
1
After losing, the women's basketball team from Mali gets ...
2
Hilaree Nelson, a well-known American ski climber went missing ...
3
Rodgers gives credit to the Jumbotron for showing something ...
4
The White House wants people to talk about the ...
Filed under 80-square-foot apartment ,  YouTuber Caleb Simpson ,  Randazzo

Most Popular This Week
1
Meghan Markle didn't know how to act around the ...
2
'Shameless' people sneak their kids in strollers to get ...
3
Stella Barey sleeps with her father’s best friend at ...
4
Inside the struggle to change 'Saturday Night Live' as ...
5
A radio host in Missouri goes on a rant ...
6
After Serena Williams' stepmother lost money, the house where ...
7
Inside Kim Kardashian's new $70M Malibu home
8
Inside an 80-square-foot, $650-a-month apartment in New York City
9
The FDA warns against the 'NyQuil Chicken Challenge,' which ...
10
How to watch the funeral of Queen Elizabeth II