More On: Orpheus and the Sirens

Ancient sculptures that were 'illegally' taken from Italy will be returned by a famous museum in Los Angeles.

The J. Paul Getty Museum said it worked with the Italian Ministry of Culture to make sure "Orpheus and the Sirens," a three-piece set of life-size terracotta sculptures from the fourth century B.C. that were stolen, would be returned safely.

The three sculptures look like the mythical Greek poet Orpheus, who has been carved down into a sitting position, and two sirens whose names are unknown. 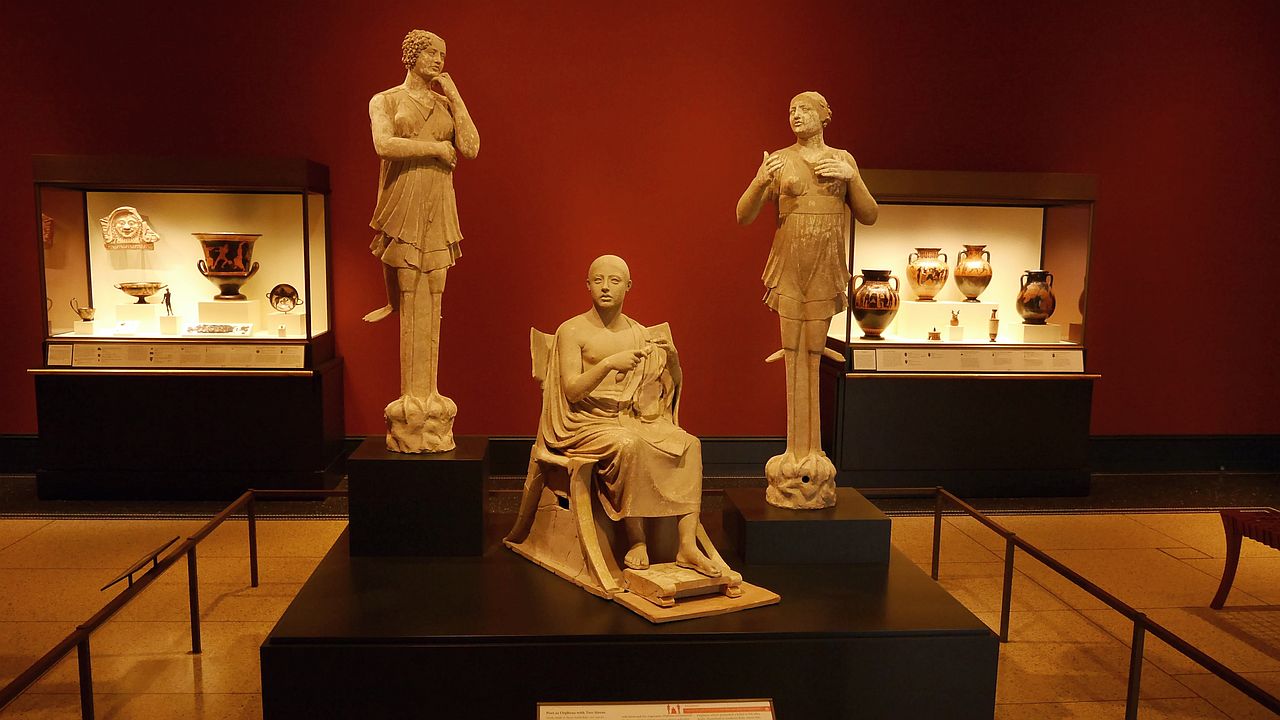 In a press release sent out on Thursday, August 11, the J. Paul Getty Museum said that the sculptures were no longer on display because a "reliable" source had told the museum that the art was likely "stolen or illegally dug up."

The museum has a policy that lets it send artifacts back to where they were found or where they came from if it turns out that they were taken out of the country without permission.

"Thanks to information from Matthew Bogdanos and the Antiquities Trafficking Unit of the Manhattan District Attorney's Office showing that Orpheus and the Sirens were illegally dug up, we decided that these objects should be returned," said Timothy Potts, Maria Hummer-Tuttle, and Robert Tuttle, who are in charge of the Getty Museum's programs.

The museum also said that it values its "strong and productive relationship with the Italian Ministry of Culture" as well as its other relationships in Italy with archeological, conservation, curatorial, and scholarly groups.

It is made of terracotta, a white slip of calcium carbonate, and polychromy in orange-gold, black, red, gold-yellow, brown, and pink. It is thought to be a fragile piece of art.

Getty's "The Color of Life" exhibit from 2008 says that polychromy is an old way of painting that artists used to make their works look more real by using different colors.

The museum said that it is getting ready to send the sculpture to Rome and that it should be sent in September.

In addition to the sculptures, the Getty Museum is sending back to Italy four other pieces: an Etruscan bronze thymiaterion from 350 to 325 B.C., a marble head statue called the "Colossal Head of a Divinity" from the second century A.D., a stone mold for making pendants from the same time period, and an oil painting by Camillo Miola called "Oracle at Delphi" on canvas (1881).

Researchers at the Getty Museum and other experts came to the conclusion that these works of art should be returned.

The artifact will be added to the collection of the Ministry of Culture in Italy.

More from: USAGAG
1
After losing, the women's basketball team from Mali gets ...
2
Hilaree Nelson, a well-known American ski climber went missing ...
3
Rodgers gives credit to the Jumbotron for showing something ...
4
The White House wants people to talk about the ...
Filed under Orpheus and the Sirens ,  J. Paul Getty Museum ,  Greek poet Orpheus ,  Los Angeles museum

Most Popular This Week
1
Meghan Markle didn't know how to act around the ...
2
'Shameless' people sneak their kids in strollers to get ...
3
Stella Barey sleeps with her father’s best friend at ...
4
Inside the struggle to change 'Saturday Night Live' as ...
5
A radio host in Missouri goes on a rant ...
6
After Serena Williams' stepmother lost money, the house where ...
7
Inside Kim Kardashian's new $70M Malibu home
8
Inside an 80-square-foot, $650-a-month apartment in New York City
9
The FDA warns against the 'NyQuil Chicken Challenge,' which ...
10
How to watch the funeral of Queen Elizabeth II