It's Past Time for New York State to Be Divided

It's Past Time for New York State to Be Divided

Neil Sedaka said it best – “breaking up is hard to do”.

Any 16-year-old will tell you that, but Rep. Marjorie Taylor Greene (R-GA) recently made news when she advised not just a breakup, but a divorce, but a “National Divorce” on social media. Of course, there was the typical incoherent shrieking and pearl clutching from progressives, neoconservatives, and other lizard-people, but there was also general acknowledgement from many regular folks that a “National Divorce” may be the only long-term solution.

We Need to Talk…

It should be self-evident that our existing political system is ineffective. Not only was there the Covid-19 craziness in 2020, but there was also political violence, with individuals killing one other in the street. When you consider that 48 percent of Democrats favor "quarantine camps" for individuals who refuse to follow the required "medical interventions," it appears that the only option is to leave this violent relationship.

However, concentrating on a national divorce reinforces the same mistake that has plagued libertarians and our right-wing friends for years: prioritizing the national above the state and local. Although the title of "county executive" may not be as glamorous as that of "President of the United States," if the previous 22 months have shown us anything, it is that these local positions matter in terms of determining how "normal" and free your day-to-day life is. Rather than only calling for a national divorce, we should also advocate for small-scale secession.

Counties leaving their existing states and towns leaving their current counties to join nearby areas with more closely aligned politics should be discussed in public. The widely held (albeit ludicrous) belief that our current set of lines on a map are sacred and must be preserved, and that anyone who would change them in any way pines for the good ol' days when they could own other people as property is often the most significant impediment to secession movements.

Secession in the Empire State

New York state has always been ripe for secession movements. Extreme political division between Downstate (“the city”) and Upstate (not “the city”) have prompted several movements aiming to split the Empire State in two. The secessionist movement of 1969 saw New Yorkers unhappy that upstate had so much control over their politics at the state level and proposed that New York City become the 51st state. 2003 and 2008 saw similar pushes from downstate citing “paying more than they receive” in taxes.

The discussion of separation didn't end there. Upstate, rural, and red spearheaded the charge for separation in 2015, while Downstate, urban, and blue pushed back. Since the S.A.F.E. Act (a series of draconian gun control legislation) passed in 2013, and Governor Cuomo prohibited hydrofracking in 2014, the Upstate has been underrepresented in state politics (an important industry for upstaters).

Upstate New York is also burdened by the absurd regulatory schema implemented and maintained by downstate voters and politicians – case and point, these people are talking about banning gas powered lawn equipment for God’s sake. Many upstaters blame the region’s decaying economy on these regulations.

In other words, upstate New Yorkers are ruled by metropolitan elites who not only have radically different beliefs and worldviews than them, but also regard them with contempt.

This should ring a bell with you. New York's condition is frighteningly comparable to that of the whole United States. When you look at the electoral map for the 2020 presidential election and the 2018 New York governor race (both Democratic successes), it's evident that major cities dominate policy to the disadvantage of everyone else. 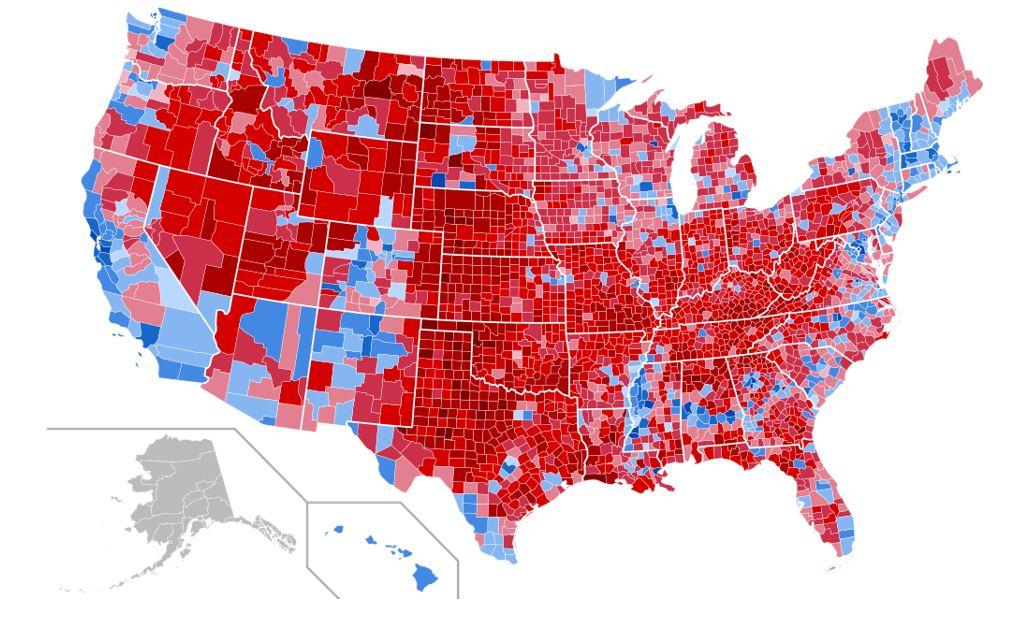 And here is the 2018 New York gubernatorial race electoral map (by county): 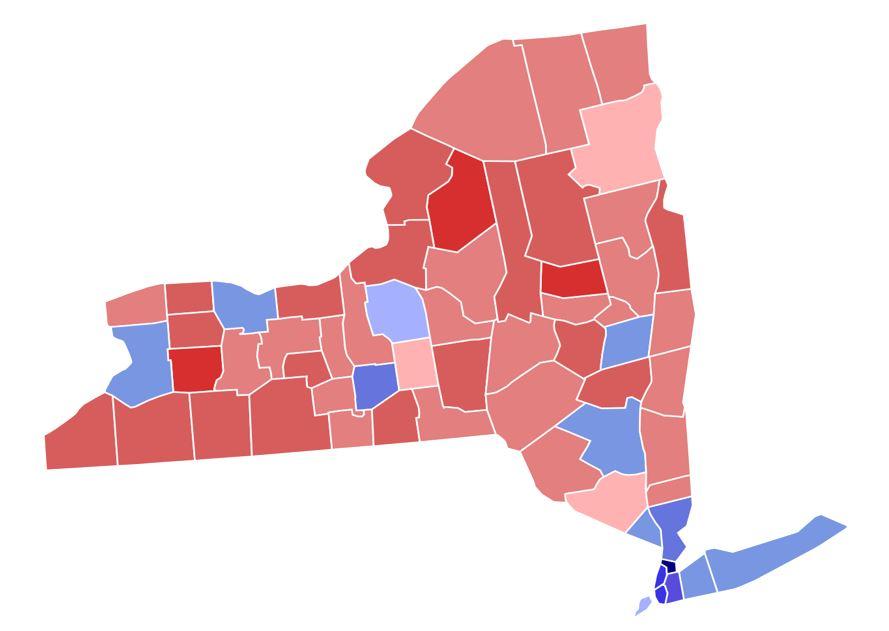 Three primary suggestions emerged from the recent secession movement: the first was a generic two-state solution; the second envisaged many counties in the Southern Tier (just above Pennsylvania) becoming part of Pennsylvania. Both concepts were stymied by the United States Constitution. Article IV Section III requires the permission of both state legislatures and Congress if a new state is founded from an existing state or parts of one state depart for another state. To say the least, this is a demanding endeavor.

The third proposal comes from the Divide NY Caucus and would circumvent the Constitution –in a good way…not a “Commerce Clause” sort of way. The Divide NY proposal would divide the state into three independent regions: New York (NYC), Montauk (NYC's near suburbs), and New Amsterdam, as there are no constitutional obstacles if no new state is established (everything else).

Partition Instead of Secession?

Each area would be treated as though it were its own state, with its own government and legislature, as well as its own regulations and taxes. The kicker is that "New York State," as defined by the federal government, would continue to exist. The existing "governor" would be elevated to the status of the Queen of England, but federal representation would stay unchanged. There would be no changes to the number of states in the Union or the area held by each state, therefore Congress would be unaffected, and the law would only need to pass through one legislature.

Divide NY’s proposal became NY Senate Bill S5416 and dealt with many of the issues commonly associated with secession movements – namely, who would get what. The exhaustive 24-page bill details how the state’s university system, prisons and courts, and roadways would be divided. Sadly, it didn’t make it out of committee, but has been introduced again for the 2022 legislative session.

The proposal isn’t perfect, since it likely means that awful federal representatives like Chuck Schumer and Kirstin Gillibrand would keep their jobs, but virtually all New Yorkers would be better off. Downstate would free themselves from what they perceive as the “free-loading moochers” Upstate, and Upstate would no longer have to answer to the insane hypochondriacs and left-wing ideologues Downstate. But even if it didn’t make everyone better off, man is entitled to self-determination, and that right should be respected and exercised. Period.

Some may wonder, apart from being entertaining, what is the point of an article on a rejected plan. The aim was not to discuss the movement's success, but to emphasize that there is a demand for innovative and unconventional solutions in red America. The tentacles of leftism and authoritarianism are constricting around the throats of tens of millions of people. They're willing to examine options that would have been laughed at a decade ago. They're seeking for answers on all levels, ones that the libertarian movement has always championed. It may be up to us to disseminate the message of separation and reunification. A message that says, yes, even though mommy and daddy love you very much, they just can’t live together anymore.