Americans are fleeing high-tax states in 2021, according to new research

For many individuals, the start of a new year offers a chance to reflect on their lives. If Democratic politicians look forward to 2021 with an open mind, they will see that people decided with their feet – and rejected high taxes.

A new analysis from the right-leaning Tax Foundation reaches this conclusion. Analyst Jared Walczak broke down U.S. Census Bureau data and reports that while the United States overall saw only minor population growth in 2021, there were very significant shifts in state populations as people relocated. 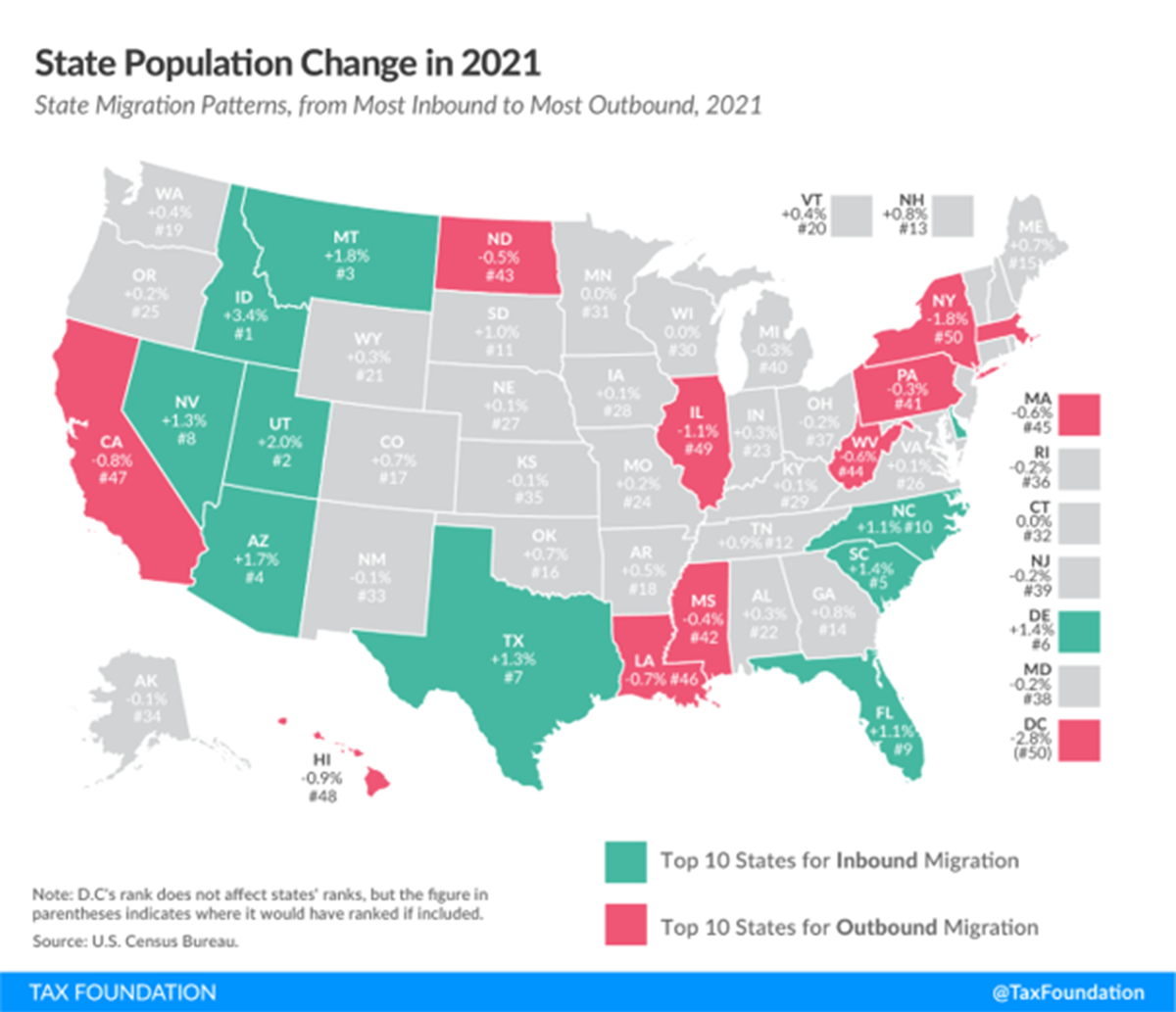 This isn't simply a hunch; Walczak did the math. The research, which looked at data from April 2020 to July 2021 and included the district, found that the average combined state and local top tax rate in the poorest third of states (those with the largest population reductions) is 7.3 percent. In comparison, the aggregate tax rate in the top-third of states (those with the fastest population increase) is only 3.5 percent.

“People move for many reasons,” Walczak said. “Sometimes taxes are expressly part of the calculation. Often they play an indirect role by contributing to a broadly favorable economic environment. And sometimes, of course, they play little or no role. The Census data and these industry studies cannot tell us exactly why each person moved, but there is no denying a very strong correlation between low-tax, low-cost states and population growth.”

Don't be shocked if certain progressive politicians who enjoy spending (and wasting) our money try to deny it and adhere to their lousy tax policy nonetheless. However, any objective observer may see the truth. However, there's more to this story than merely a tax policy lesson.

This trend toward lower taxes and freer markets serves as a reminder of why the United States' federalism — or decentralized governance — is so effective and deserving of preservation. More individuals get to live under policies that represent their ideals when Americans may select between alternative policies at the state and municipal levels. More importantly, the greatest ideas win out in the long run.

This option for customisation and experimentation is lost when the federal government imposes one-size-fits-all regulations throughout the country. Keep that in mind the next time you see politicians on the national stage attempting to overcome state sovereignty and impose their views on the entire country.

More from: Brad Polumbo
1
Americans are fleeing high-tax states in 2021, according to ...
2
AOC's newest tirade against law enforcement has a valid ...
3
Even though she earns $174K a year, AOC claims ...
4
Here's What's Wrong With the House Democrats' Just-Passed Build ...
Filed under high-tax states in 2021