The strange capacity of science fiction to foresee the future

Welcome to the 13.8 relaunch, a new Big Think column led by physicists and friends Adam Frank and Marcelo Gleiser.

Although, at first sight, these two statements may appear diametrically opposite and irreconcilable, they are woven together through our quest for meaning, being complementary aspects of what it means to be human. Even if these twin aspects of the human condition have always been at play, in our current times the various tensions and potential promises they incite frame the most important question facing us all: What is the overlap between science and culture?

How can we find a way forward with climate change in the face of such powerful science denial? How concerned should we really be about artificial intelligence? And what about other existential threats to our species?

We live in a scientifically dominated age. Virtually every aspect of our lives is now mediated in some way by science and technology. Our greatest threats, from climate change to nuclear war to the unintentional effects of AI and automation, all stem from science and technology. Our greatest expressions of hope, from medical advances to space exploration to green technologies, also rise from science. As do our greatest fears, as technology and its uses contribute to the decline of our project of civilization. Today, science can't be separated from culture: for better or for worse, their symbiotic relationship drives forward the frontiers of arts and politics.

As a result, if we really want to understand the human condition in the 21st century, we need to critically investigate the braiding of science and culture in all its glory and hope and danger.

We started to blog more than a decade ago, when the two of us met over coffee on a sunny day at Dartmouth College. We were, then and now, both researchers passionate about our work and the boundless potential of science. But we were, and still are, just as interested in where, when, and how science influences and is influenced by the rest of human endeavor. We knew science isn't the only way human beings search for their truths. Music, poetry, religions, and the endless fight for justice also sculpt our experience of what is essential and what is fundamental, explorations of our identity and of our relations to each other and to the natural world.

So that's what we started writing about. For many years, the blog ran on NPR (where it was called 13.7 Cosmos and Culture). Then we moved to Orbiter, a remarkable online project that pushed the boundaries of reporting on science and the question of meaning. Today, we are happy to begin the next step in the journey with Big Think. 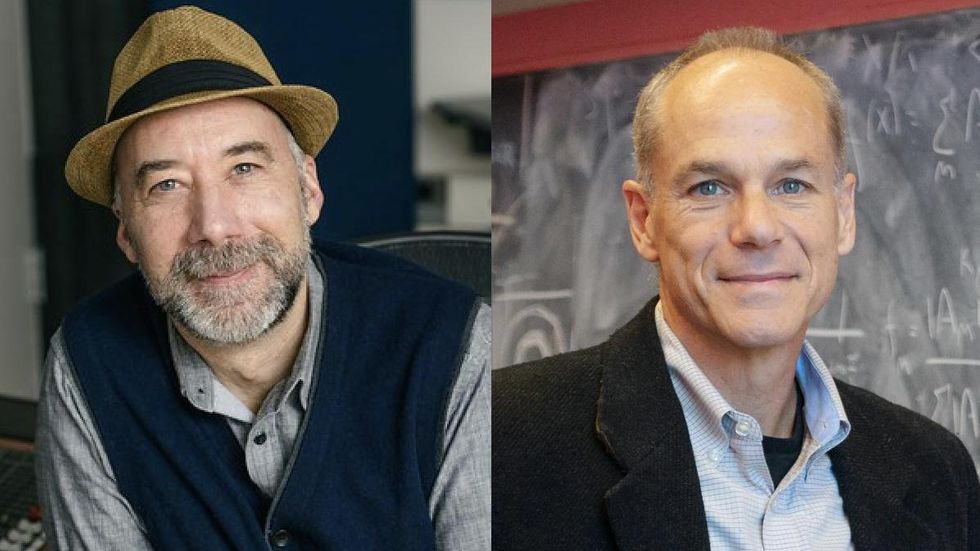 If you are not familiar with 13.8 (and we invite you to take a look at past material here), let us tell you what you can expect from our postings on Big Think. Sometimes we will cover straight-up science news. From life in the universe to the frontiers of cosmology and particle physics, or the latest developments in artificial intelligence and cognitive science, we are going to be exploring the cutting edges of science with a researcher's eye to what's solid, what's silly, and what blows our minds.

But we are also going to spend a lot of ink, (ok, not ink but electrons) on where science and culture meet. In the weeks that follow you'll find book and movie reviews, as well as pieces on the overlap between Buddhist views on mind and current neuroscience, or how the technology of Triple-A video games (like "The Last of Us II") change the art of storytelling. There will also be a lot about the future of humanity. How can we find a way forward with climate change in the face of such powerful science denial? How concerned should we really be about artificial intelligence? And what about other existential threats to our species?

We are incredibly excited to be working with Big Think on this next phase of 13.8's journey into science and the human experience. We hope you will join us and our community of followers on this exploration of the boundless frontier.